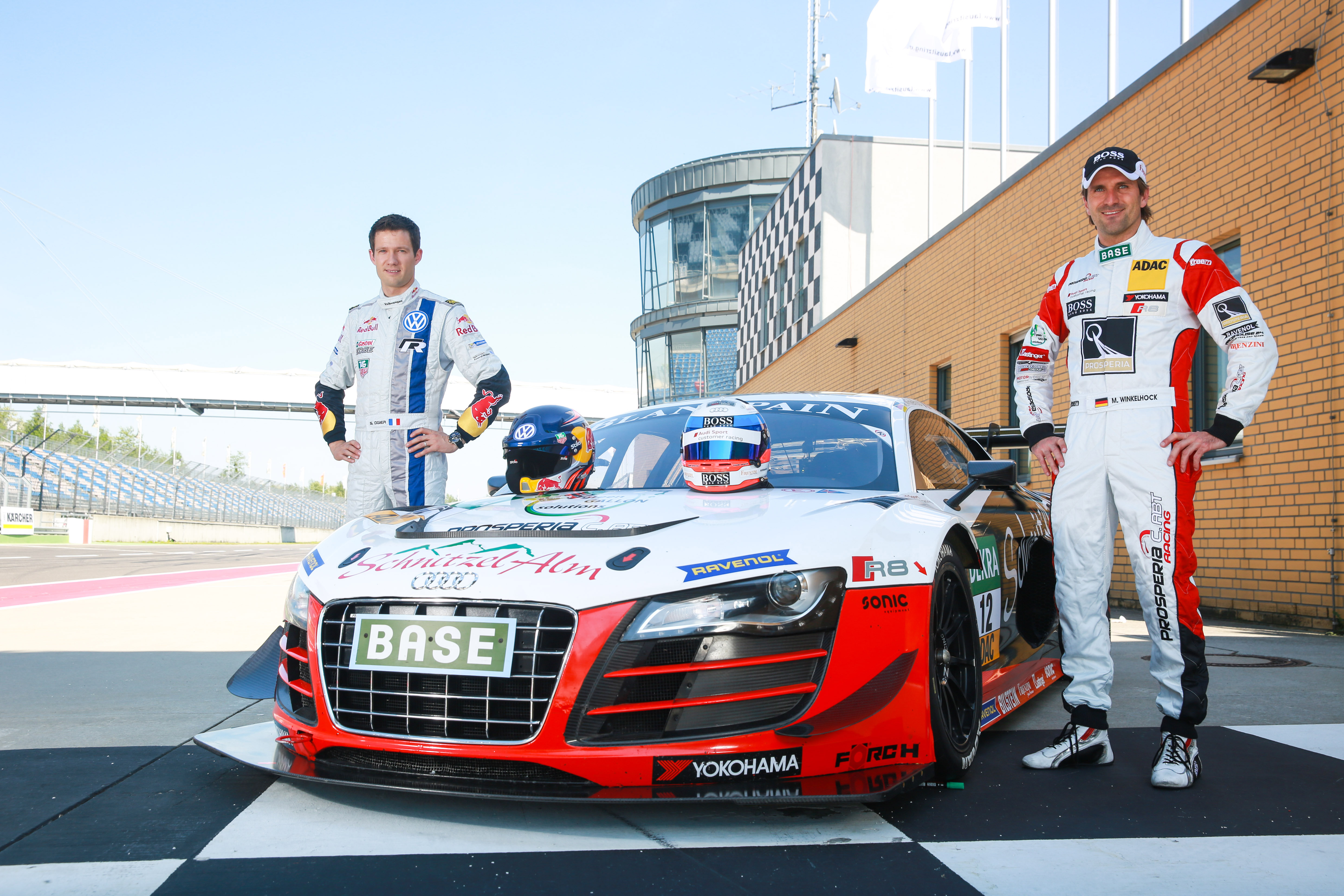 The Audi customer sport team Prosperia C. Abt Racing will make for a defining moment in the ADAC GT Masters next weekend. Two World Champions from completely different motorsport disciplines are sharing a 550-hp race car at the Lausitzring – an Audi R8 LMS ultra.

World Rally Champion Sébastien Ogier will be running in the ADAC GT Masters as a guest entrant. The French Volkswagen race driver, 2013 World Rally Champion and current leader of the standings in a Polo R WRC, will be contesting round three of the sports car series. His team-mate is the 2012 FIA GT1 World Champion Markus Winkelhock.

“I’m looking forward to my first race in the Audi R8 LMS ultra of Team Prosperia C. Abt Racing,” says Sébastien Ogier. “I don’t know the Lausitzring yet but visited the ADAC GT Masters at Oschersleben. The drivers’ field is strong. In Markus Winkelhock, I’ve got a very fast and seasoned team-mate. We’ve already had our first joint briefing and he showed me the cockpit. His tips help me start the weekend perfectly prepared. Not to forget, the Audi and Prosperia C. Abt Racing were on podium each time this season. With me as a rookie that’ll obviously be difficult, but I’m going to give my best.”

The 30-year-old Frenchman received some initial advice on Thursday. Following a joint photo shoot at the race track, Winkelhock inducted the rally pro into the operation of the R8 LMS ultra. “In our case it’s better not to run through the dirt but to make sure you stay on the road,” jested the German. “But all kidding aside, it’s fascinating to compete alongside a world star like Sébastien Ogier in the ADAC GT Masters. He’s not driving here just for fun but is ambitious and eager to be successful. Plus, we’re sharing one of the world’s best GT race cars, the Audi R8 LMS ultra.”

“Such a swapping of roles between different motorsport disciplines of two brands shows what possibilities are available within the Group,” says Prof. Dr.-Ing. Ulrich Hackenberg, Member of the Board of Management of AUDI AG, Technical Development. “When Sébastien Ogier joined Volkswagen we supported him as best we could and he became World Rally Champion. Now he’s selected the ADAC GT Masters and the Audi R8 LMS ultra in order to pursue new avenues on a guest run. We wish him a lot of success in this endeavor.”

Team Prosperia C. Abt Racing decided the team classification in the ADAC GT Masters in its favor last year and on the second race weekend of the series two weeks ago clinched four podium places in the races at Zandvoort. At Lausitz, another 60-minute single race is scheduled on Saturday and Sunday, respectively. With 23 worldwide title wins to its credit since 2009 the Audi R8 LMS ultra is one of the most successful present-day GT3 sports cars.