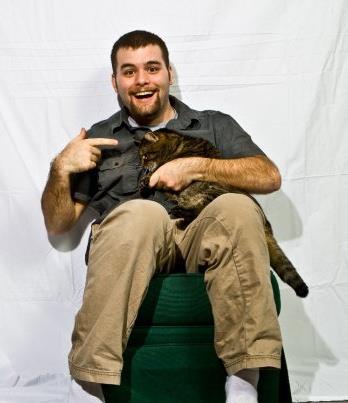 Jordan is a computer programmer and photographer based out of Atlantic City with a passion for stage rally. He was sucked into the world of motor sports by his WRX and the Subaru rally culture. Long before he even purchased his WRX he had been practicing and teaching himself photography. After photographing a few local rally cross events, NASA Rally Sport teams took notice and invited him to the 2013 Empire State Performance Rally. Since then, his photos have been featured in press releases by NASA Rally Sport, American Rally Cross, as well as articles in Hand Brakes and Hairpins, ByBillyWood.com and several other publications. Extremely dedicated to grass roots rallying, he aims to use his photographs to draw more competitors, volunteers, and spectators to stage rally in the US. See more 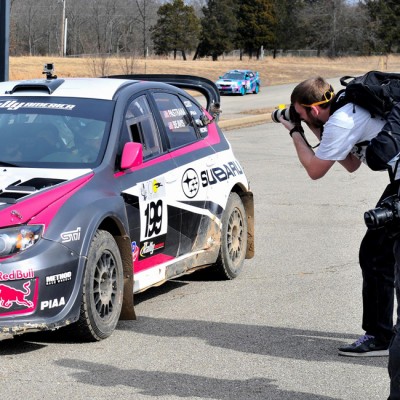 Dylan  is an Illinois native known for shooting anything from local autocross to Rally America. In 2002 his father bought him a desktop computer for school, and on one of the last pages of the checkout process they offered a digital camera add-on; a Sony Mavica MVCFD100 to be precise. You know, the big ugly digital camera that you could plug a 3.5″ floppy disk into the side of. What started as a hobby grew into so much more; now the words passion and addiction go hand and hand. Dylan’s goal is to provide top quality exposures of experiences that, for whatever the reason, may not be available to everyone. For the most part you will find him either shooting or racing his own car at a local autocross event; so more of his coverage will feature the grassroots racing local to the Midwest. He also makes treks throughout the year across the US to cover different events from the Rally America Championship to the SCCA Solo Nationals. See more 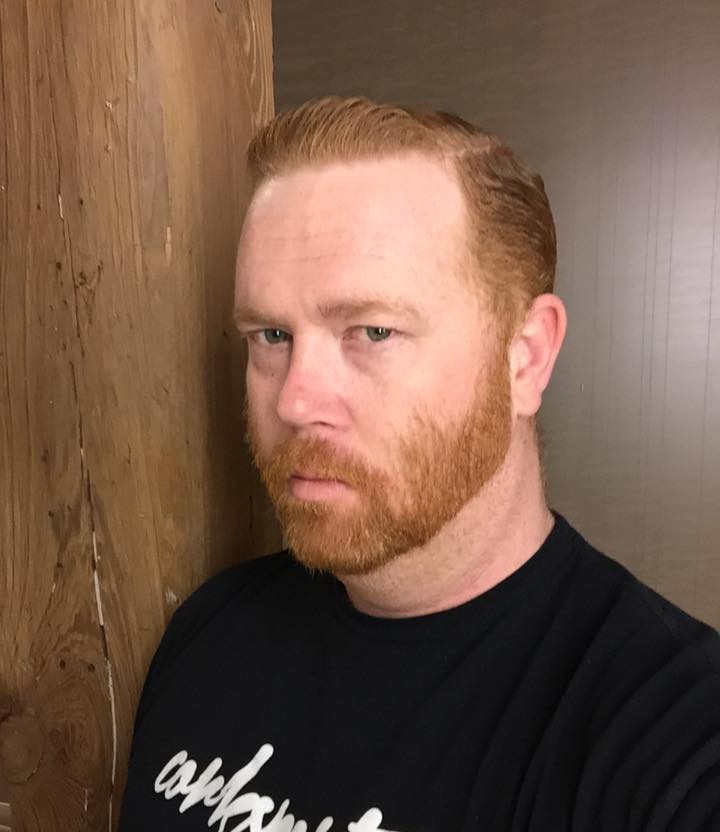 Kyle Cross is a photographer from St. Louis Missouri. Automotive Photography is a passion of his, although he has only been shooting professionally for a short while he strives to produce the high quality photography that enthusiasts are looking for. Kyle has always been interested in photography and is an avid car enthusiast and now his two passions have come together. He has been featured in National publications like Rat Rod and Raw Bike Magazines, as well as producing stock photos for Cobb Tuning and CorkSport.

Programmer by day, photographer by night (and weekend)… Kyle Has his bachelors in Software Engineering, currently serves in the Missouri National Guard and is a husband and father. Build Race Party is one of those venues that Kyle has wanted to shoot for since the day he “got in to” automotive photography. See more 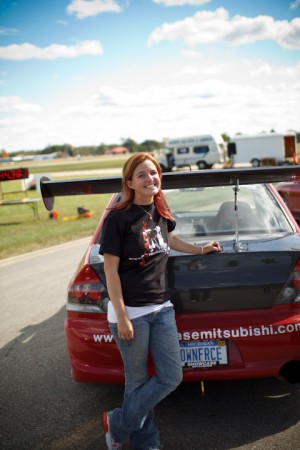 Some people were born with gasoline in their veins. Hilary was much older when high octane entered her blood and found a permanent state of residence. Hilary grew up showing horses, so when she discovered motorsports after high school she already knew how to compete at a high level. One day as Hilary was sitting in cosmetology class, knowing it wasn’t for her, she needed change. She wanted it to be big, so she picked automotive technology. At the time she was looking for something different, and that’s where she found who she was. See more

Six months into it, Hilary obtained her first project car.  A year later a family friend suggested that she come out and watch an autocross (SCCA Solo).  She was instantly hooked and went out and bought her first autocross car. Hilary had been competing in SCCA Solo events since 2008, owning and maintaining her own car.  She knew the importance of trying new things, to not be afraid to make adjustments on the fly (for herself and her co-drivers) and to learn from the mistakes she make. She also learned the importance of knowing and understanding the rules of a sanctioning body. Throughout her life Hilary has been no stranger to competition. The most important thing she has learned is to never stop learning.  No matter what the result was that day, She tries to find something that will make the next day better. See more 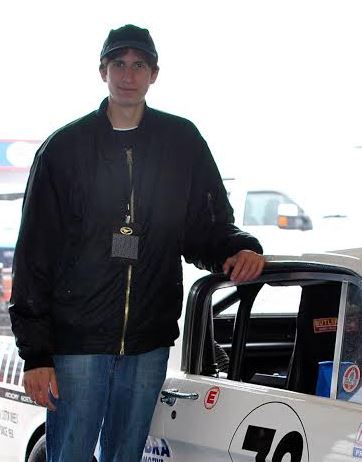 Daniel is a self-taught photographer and writer based in the Charlotte, NC area. He shoots both a mixture of digital and traditional film. Daniel has had an interest in photography since an early age and has been shooting cars for a few years. After growing bored of shooting car shows he attended and shot photos of the Sandblast Rally in 2015 where he gained the attention of Bill Caswell who offered him the chance to shoot and write for Build Race Party. See more 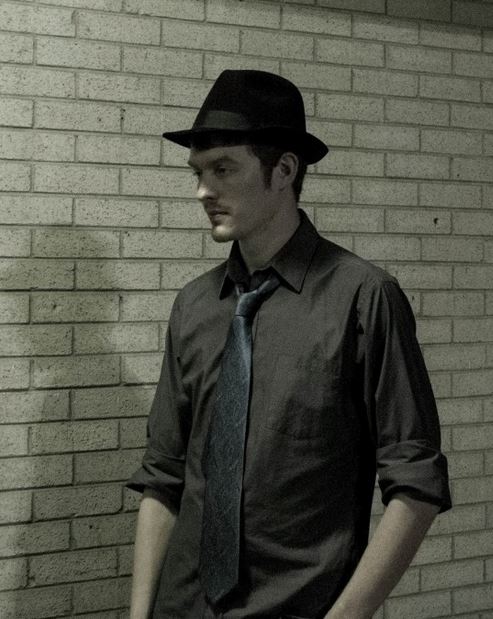 Writer, photographer, video editor, motorsports enthusiast and a serial German car owner, German Fomin, grew up in a family with a passion for speed. Growing up watching his uncle build a successful motosports career and driven by his own motto – “‘That’ll do’ won’t do”, German has had his work published in both USA and Kazakhstan publications, started three different projects dedicated to racing, at some point had a successful simracing team, racking up wins in both rally and circuit racing. See more

Alex Staidle – Contributor
Alex is an occasional co-driver and long time fan of cars with questionable reputations. A northern California transplant, Alex grew up in the northeast and eventually moved to Colorado and then Idaho. It was here he began to actively be involved with stage rally by organizing, volunteers, and at times racing. His writing reflects the ownership of many querky cars over the years, which gives him a great insight into the passion of motoring and the love of racing.

Dennis Roest- Contributor / Photographer
Dennis is from the Netherlands, and has been going to Motorsport events for most of his life. His father took him to the circuit of Zandvoort at the age of 4 and he was hooked. Growing up, Dennis would attend numerous races however he never bothered to take pictures. In 2011 that all changed when he decided to take his families new camera to the races for the first time and was hooked.

Dennis primarily attends Historic events, however he does enjoy attending more moderns events such as the World Endurance Championship. 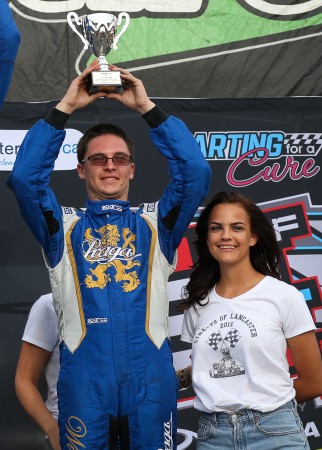