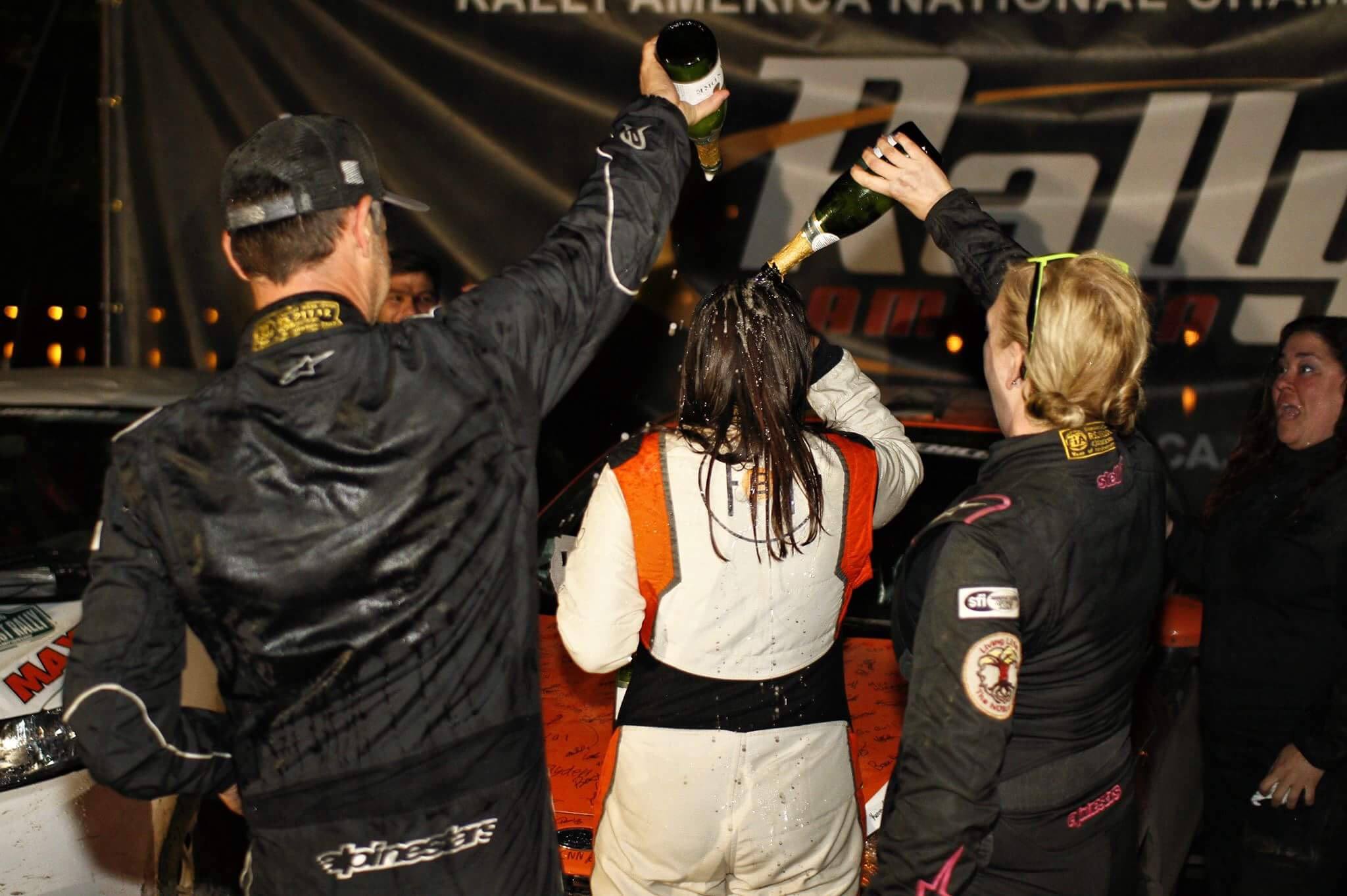 I bet you thought you’d seen the last of me. But… here I am, in the flesh, writing to you once again. Here’s what you missed:

»Closing out 2016, we lost a lot of time at Friday night LSPR and led Saturday. However, the amount we led Saturday only made up about half the amount we were down by, so we finished in a solid second place to Jordan Guitar and Brian Penza, with sports car racing’s very own Rick Knoop and Tracey Gardiner in third. We also managed a stage win for B-Spec on Bob Lake (my nemesis). To make our victory even better, it was on the second running, which happened to be night. We were also very sorry to see Ryan and Christina Millen off in ‘our’ corner. 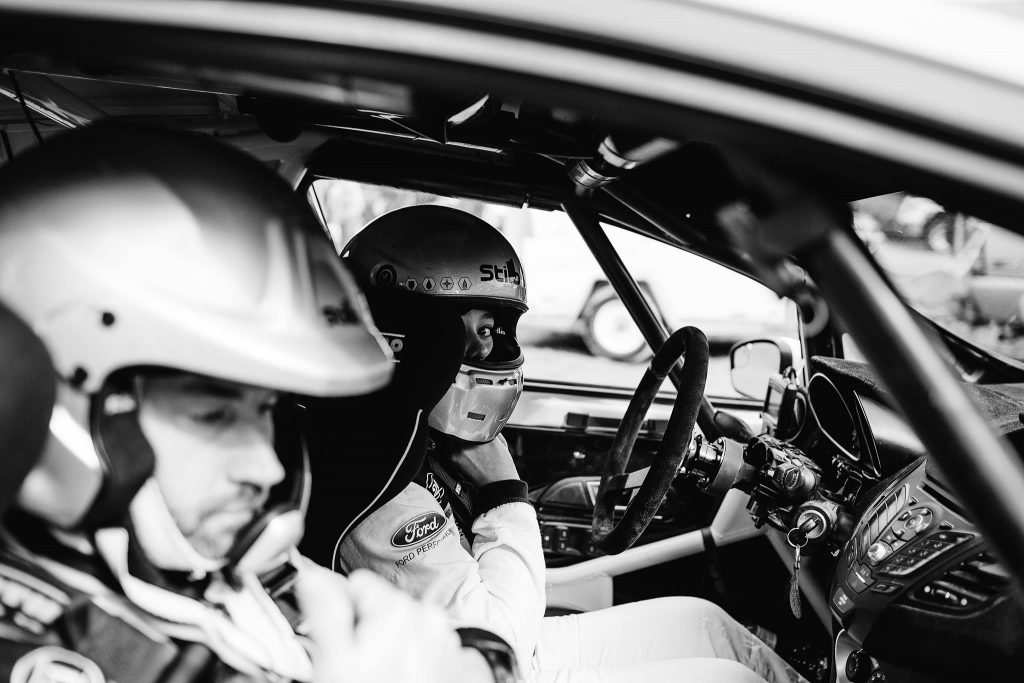 »In 2017, we took another run at the B-Spec Championship, this time against Honda engineers Daniel McCarron and (now ex-Honda engineer) Matt Blake. Also vying for the championship were Tracey Gardiner and Becky Hall in “Jellybean” the Yaris.

»I teamed up with Claudia Barbera-Pullen for the first time as we played the survival game at Sno*Drift. We filmed this video for Ford Performance:

»We went to Rally in the 100 Acre Wood, where we lost out on some first place points after being stuck behind, and nearly rear-ending, a car on Southern Loop (my favorite stage, ever). It was a matter of fourteen seconds. 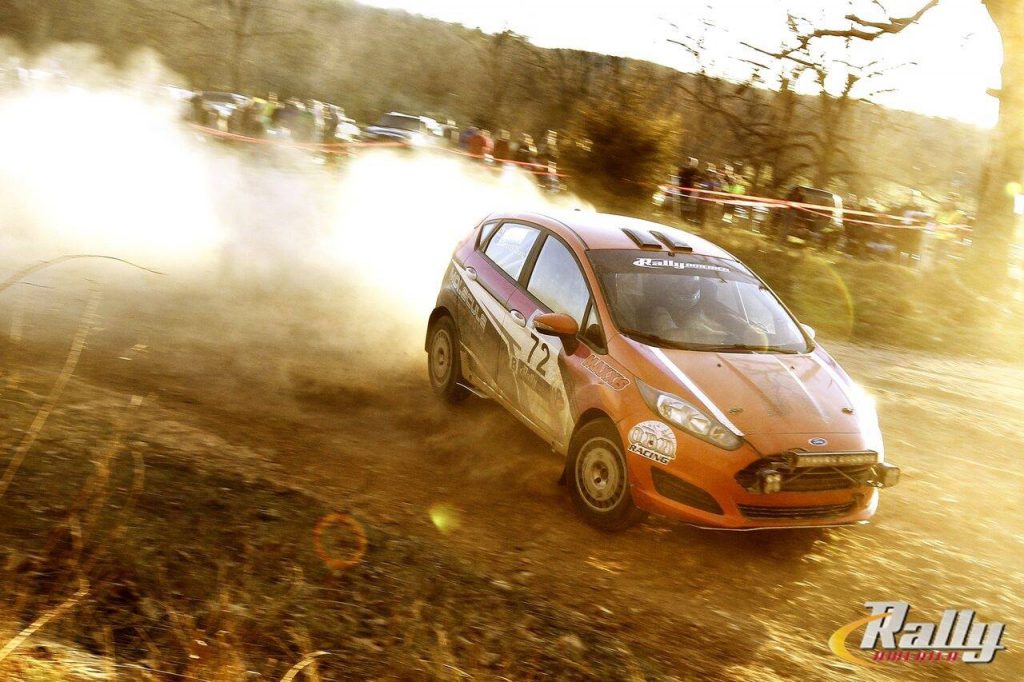 »We went to the new Southern Ohio Forest Rally, a revival of the Sunriser 200, and were leading the rally until our shift linkage sheared. This was extra disappointing as we had switched over to maintenance mode for the evening. We came back on day two and took first place points on Saturday. 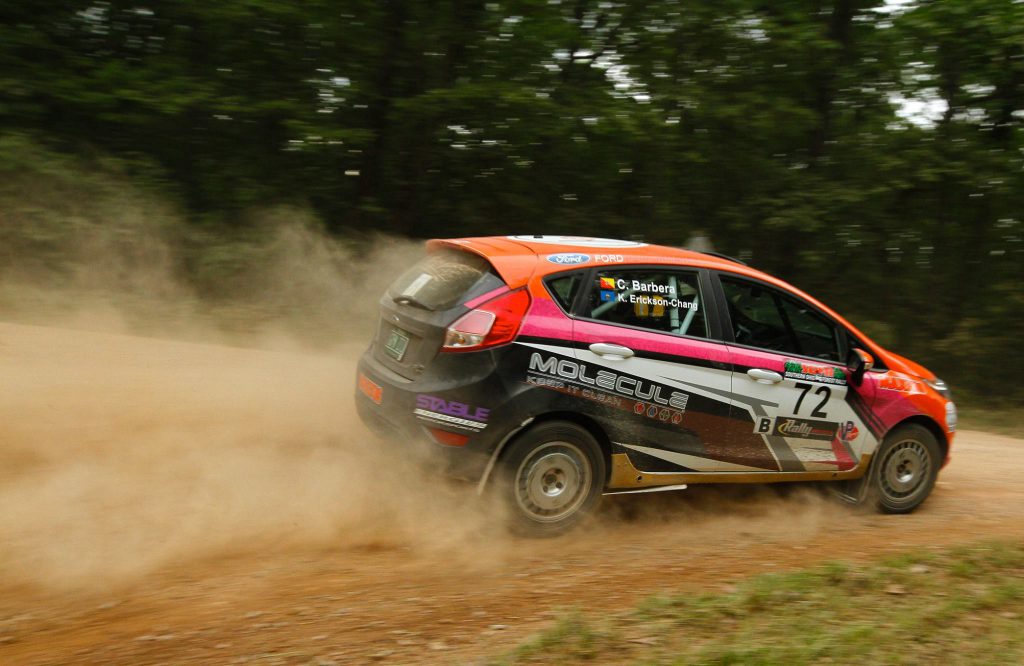 »We went out to ARA’s Susquehannock Trail Performance Rally and won Production 2WD and were the fourth 2WD car overall. We also jumped 80 feet:

»I worked with Jason Grahn at the new Rally Colorado, where the car was very unhappy. Spent the entire rally battling insane overheating issues (ambient air temp was 40°C/104°F). We even removed our oil cooler to try to keep our coolant temps lower. The car finally gave up, taking multiple attempts to get of the start line at the stage we named “Somethin’ About Hell,” appropriately. We kept the car moving along, slowly, as there was nowhere good to stop on this narrow, high-exposure stage. We had codes for misfires on all three cylinders and DNF’d my second rally for the season. 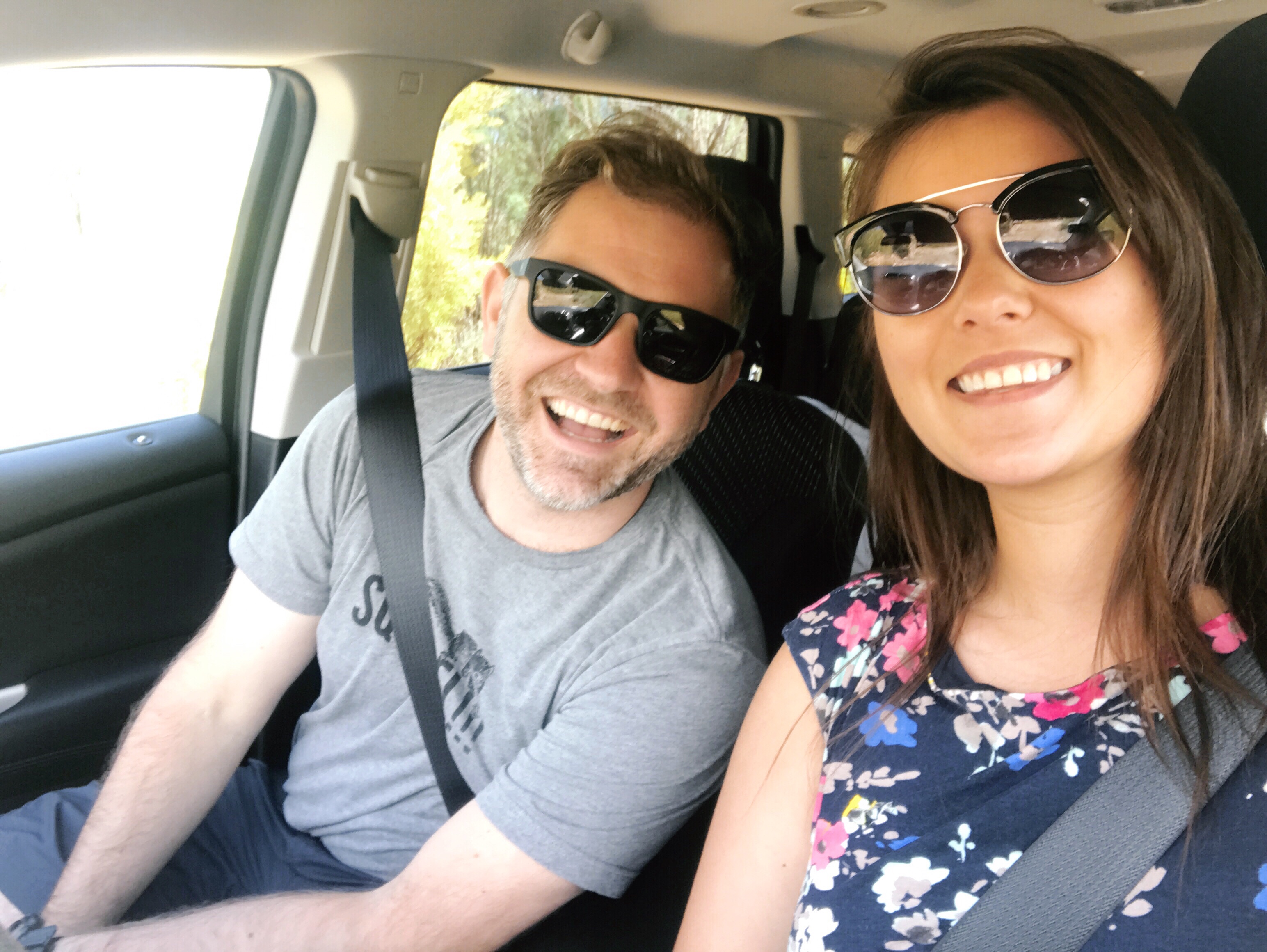 »At Rally Wyoming, I was back with CBP. We came back strong, despite having some trouble staying on our notes on this wide-open, technical rally with a changing landscape. We took our second win of the season, and our first Rally America win of the year. 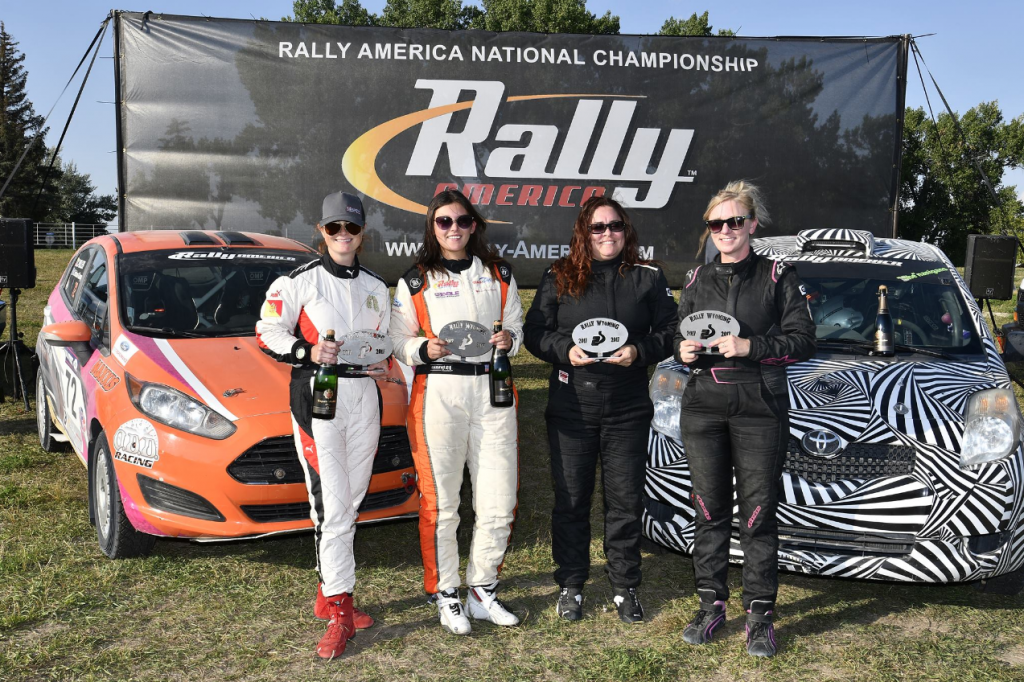 »Alex Gelsomino was in my silly seat for the final rally of the year, Lake Superior Performance Rally. I’ve written about it before, and already mentioned it once today. It’s my trouble rally. And we won it. By this point in the season, we were seeing class times within 2/10ths of a second, which shows just how competitive the season was. 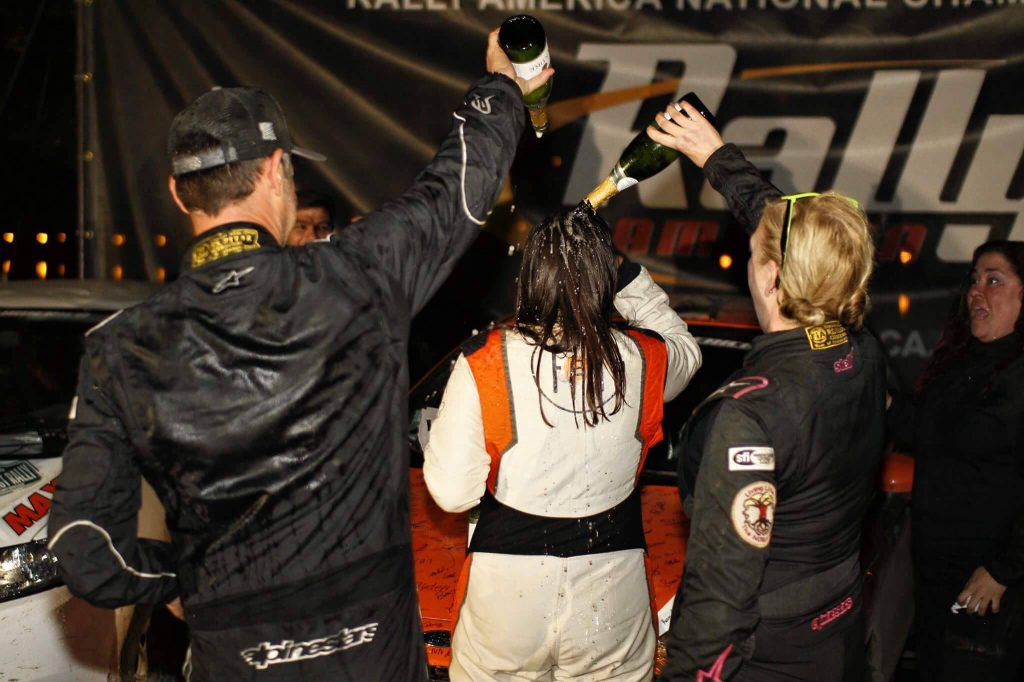 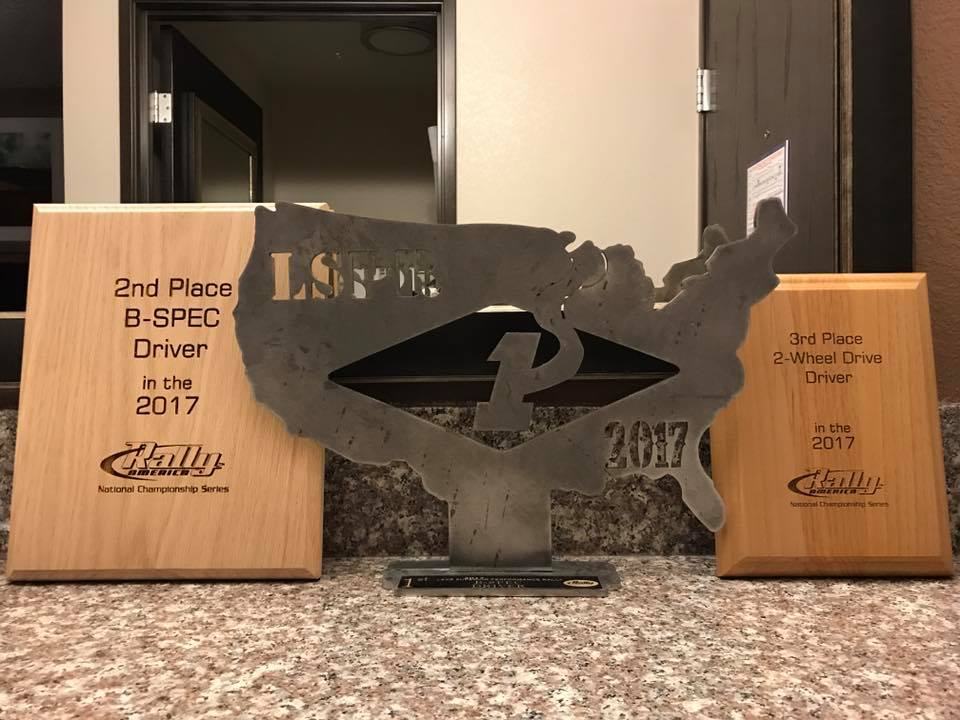 (1) At the close of the season, Claudia and I announced our biggest plans yet… taking on the Rallye Aïcha des Gazelles du Maroc this March under our new team banner, Over-Hyphenated. If you followed the 2016 season along at all, you might remember a quote from one press release,

“A new rule regarding names has been suggested– only one team member can have a hyphenated name from now on because it screws up the start order sheet.”

Our names runneth over… deal with it 😉 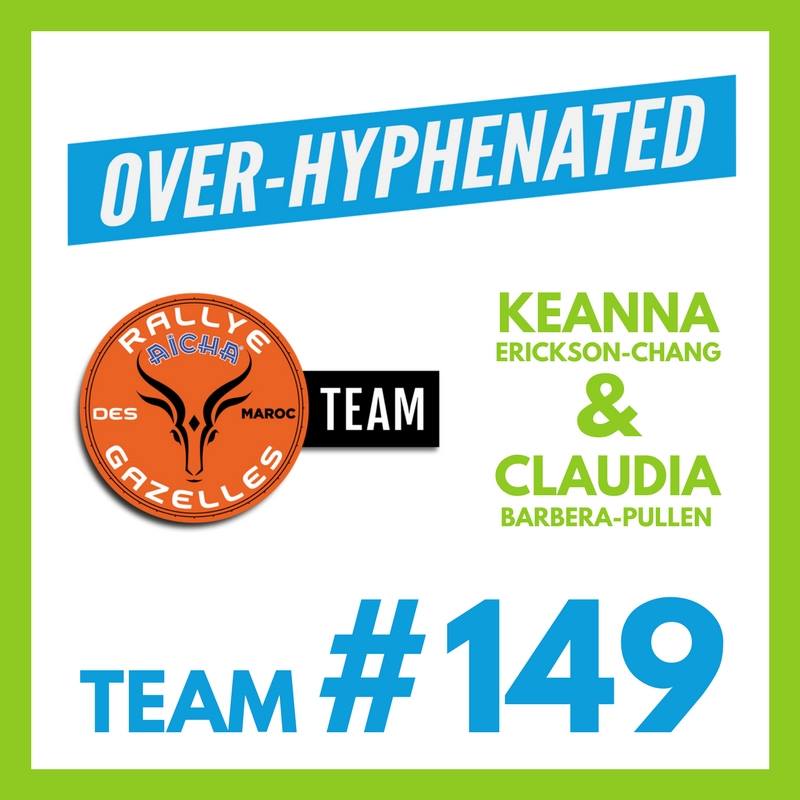 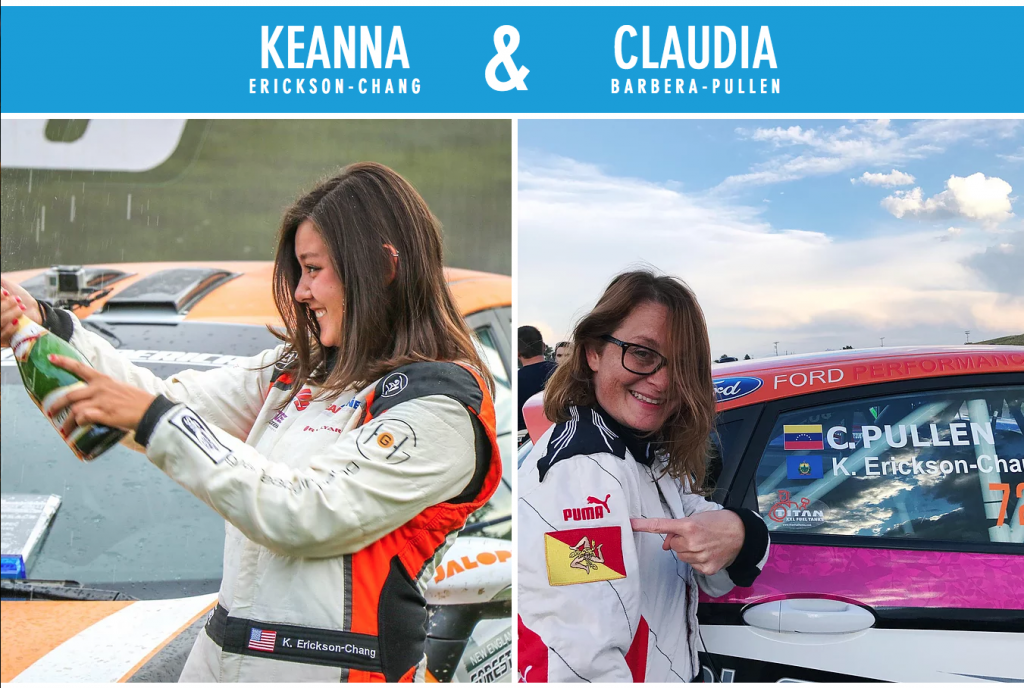 (2) Preston Osborn and I competed together at this year’s Sno*Drift. We finished first in B-Spec, third 2WD, and ninth overall. This was my first top-ten finish, as well as my first 2WD podium. We also won two stages for 2WD AND set a top-five time overall!

As the RA press release put it, “B-Spec: Under Hyphenated-
Keanna Erickson-Chang with her new Co-Driver Preston-Osborn were the best of the B-Spec field. They took the lead on stage 1 and never looked back. By the end of the race they had opened up a very comfortable lead, even setting a top 5 stage time. Finishing in 2nd place was the team of Colin Robinson and Alex Schum. 3rd place went to Doug Gekiere and Mathew Hoffman.” 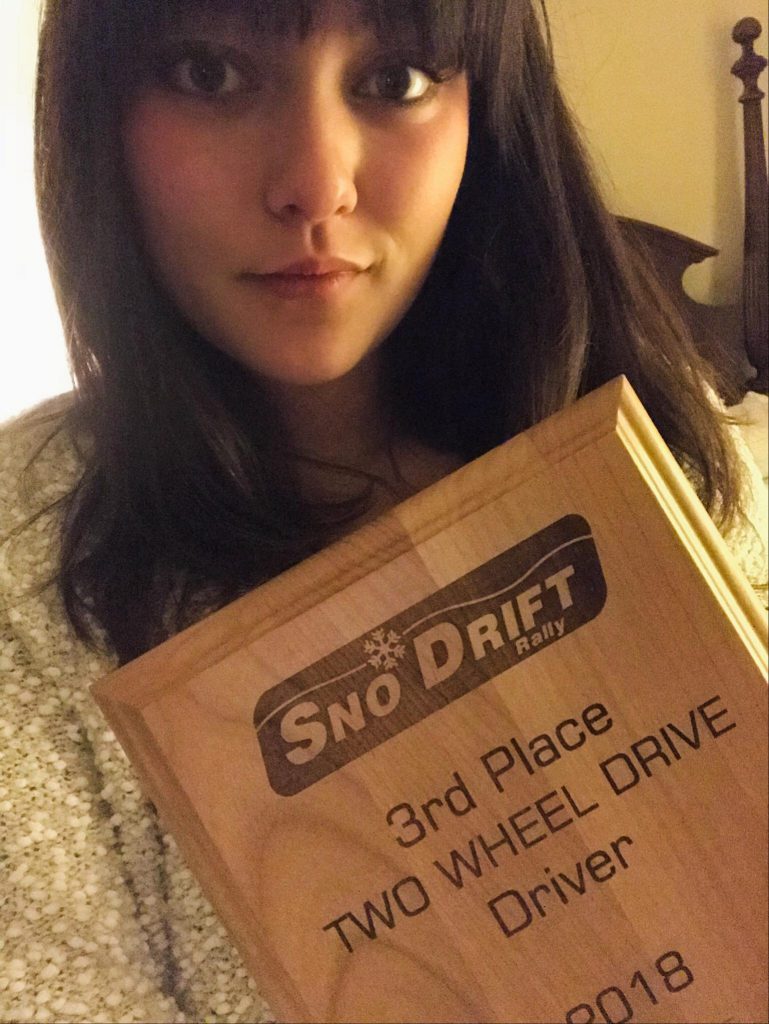 (3) The team is getting a new look in preparation for the season, and we have more and more surprises up our sleeve. But, for now, we have announced that I will be working with my sixth co-driver at 100 Acre Wood, and you might recognize her face… Rhianon Gelsomino! 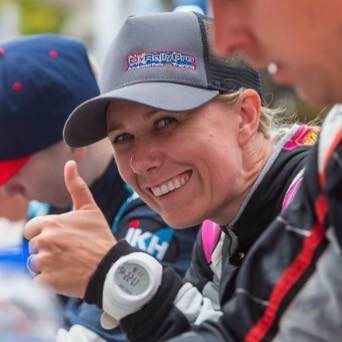 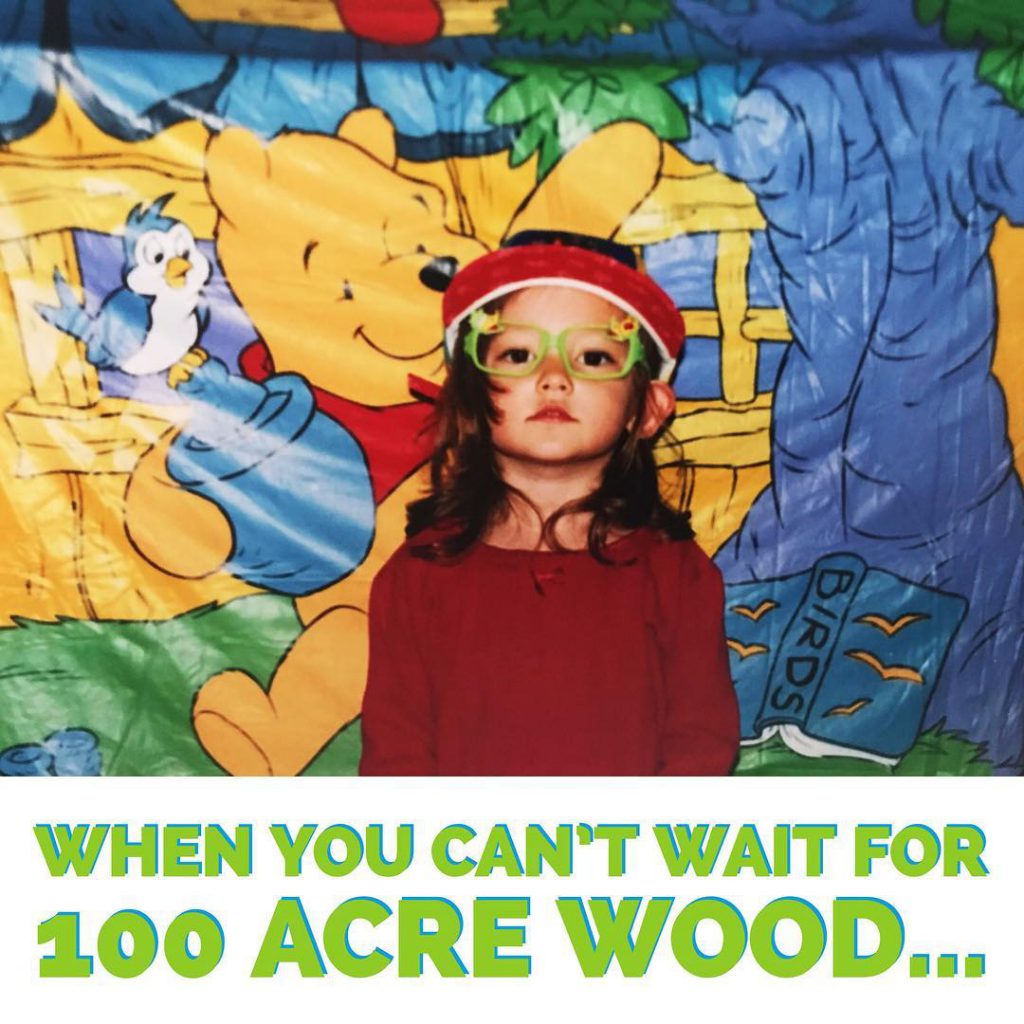