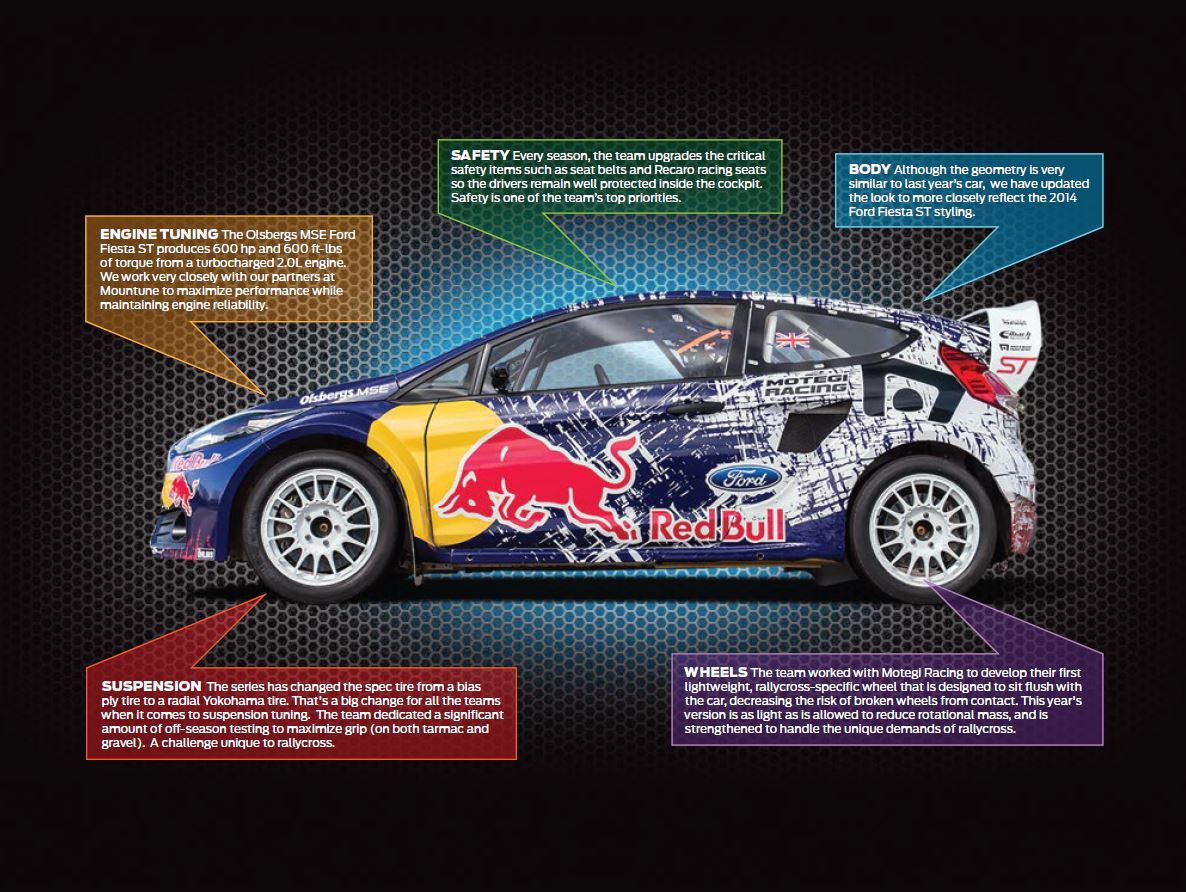 Although Ford Racing has enjoyed tremendous success in the Red Bull Global Rallycross Championship (GRC) since its inception, the organization is well aware that even greater focus and commitment will be required in 2014 to maintain that level of success.

During the three-year existence of GRC, Ford Racing has set a high standard, claiming three driver and three manufacturer championships.  In addition, the manufacturer has registered 16 race wins in 19 events and 19 X Games medals.  Last season, Ford won nine of the 10 series races and claimed 22-of-27 podium spots overall.

However, 2014 is another year with new challenges.

“We believe in constant evolution of our vehicles to make them faster every season,” said Olsbergs MSE (OMSE) team owner Andreas Eriksson. “We’re confident in the Ford Fiesta ST platform and we expect to extend our winning streak with Ford in 2014.”

Complacency was not an option for Eriksson, who knew that advancements needed to be made in order to continue to find success within the series.  The combination of enhancements in the Fiesta ST Supercar and changes in series regulations created an opportunity for improvement that had to be carefully managed and executed.

A few areas of focus included:

Suspension — The Fiesta ST Supercars suspension was an area of significant development with the series changing the spec tire from a bias ply tire to a radial Yokohama tire. That’s a big change for all the teams and drivers and OMSE dedicated a significant amount of off-season testing to maximize grip on both tarmac and gravel, a challenge unique to rallycross.

Wheels — The team worked with partner Motegi Racing to develop a lightweight, rallycross-specific wheel designed to sit flush with the car, decreasing the risk of broken wheels from contact. This year’s version reduces rotational mass and is strengthened to handle the unique demands of rallycross.

Body — The Ford Racing OMSE factory Supercars will have a refined look for 2014. Although the geometry is very similar to last year’s car, OMSE has updated the look to more closely reflect the 2014 Ford Fiesta ST styling. 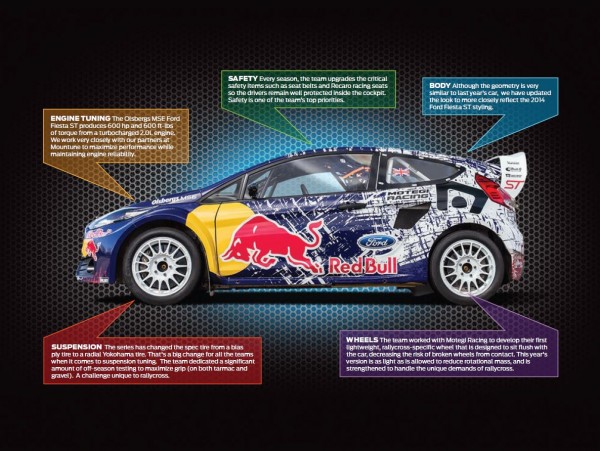 Ford Racing knows that innovation goes hand in hand with success and has been working closely with OMSE engineers and technicians during this process, and both sides are hoping the combination of Eriksson’s expertise and Ford performance will continue to provide the recipe for success.

“The combination of Ford Racing, Fiesta ST and OMSE has been a pretty potent one over the last few years.  The preparation, effort, and most importantly, the dedication the entire team has put into the development of this year’s 2014 Fiesta ST GRC puts us in a great position to build on that success,” said Scott Denby, marketing and strategy manager, Ford Racing.  “We know this year will be the toughest championship fight yet, but we feel pretty good about our chances.  We are ready.”

The new OMSE powered Ford Fiesta ST will make its Red Bull GRC debut May 18-19 in Barbados with drivers, Patrik Sandell, Joni Wiman, Brian Deegan, and Nelson Piquet Jr.  To keep up with all the Ford Racing GRC action this year, be sure to visit FordRacing.com.