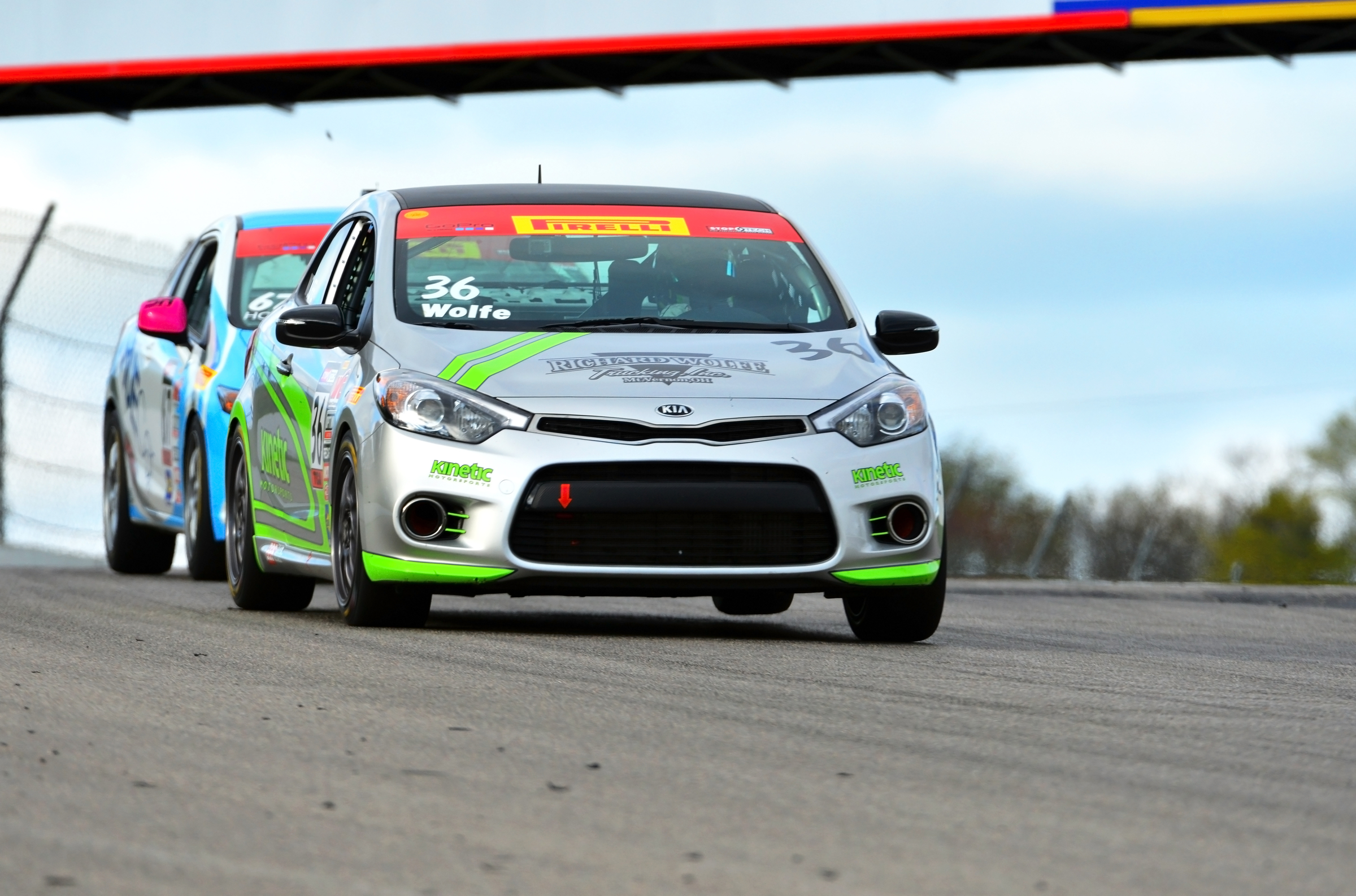 Kinetic Motorsports, Kia Motors America’s racing partner in the Pirelli World Challenge (PWC), made history this weekend in Canada recording three podium finishes, including the first two wins for a new pair of privately entered Forte Koups, in the PWC Touring Car A (TC-A) class at Canadian Tire Motorsports Park (CTMP).  Series rookie Jason Wolfe, from Mt. Vernon, Ohio, scored both victories behind the wheel of the No. 36 Richard Wolfe Trucking Forte Koup.  Wolfe’s win in round two marks the first victory for the turbocharged Forte Koup platform in just its second race of the season.  His impressive weekend north of the border continued in rounds three and four with another win and second-place finish, which catapulted Wolfe to the top of the TC-A Driver Championship standing, and placed Kia atop the Manufacturer ranking after four rounds.

“Our performance at Canadian Tire Motorsports Park showcases what a great platform the Forte Koup is for racing in this new TC-A class in the Pirelli World Challenge,” said Russell Smith, owner & driver, Kinetic Motorsports, who also finished the weekend with three top-five finishes of his own in the No. 38 Korean Air Forte Koup.  “Jason (Wolfe) has tremendous talent behind the wheel of the Forte Koup, and it’s clear he will be a force to be reckoned with as the season goes on.” 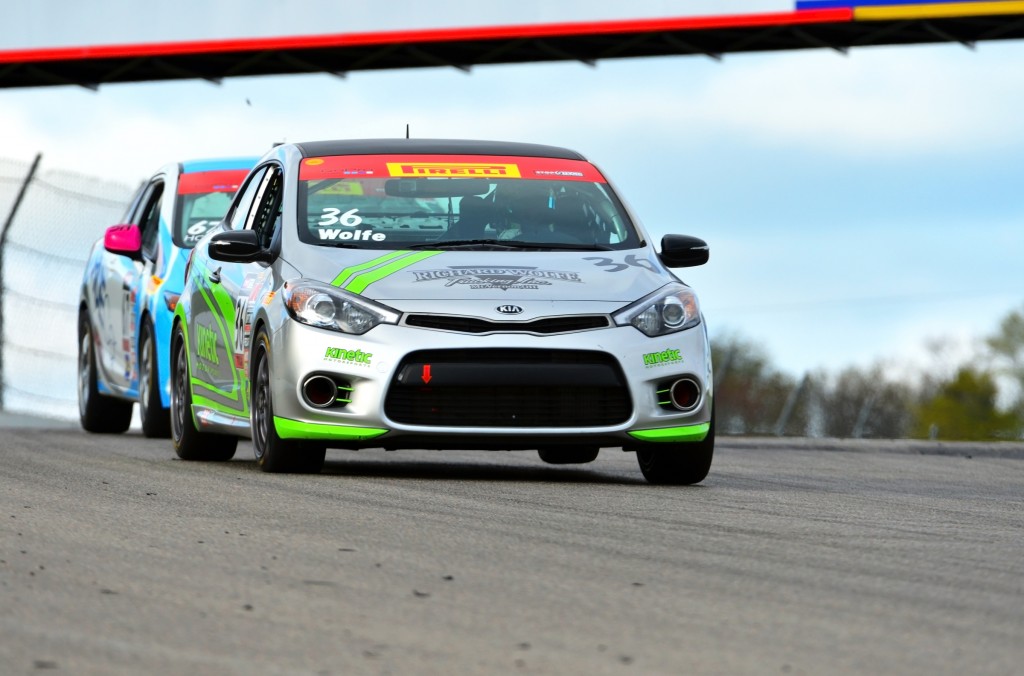 The Kinetic Motorsports privateer Forte Koup program complements Kia’s existing commitment to PWC, which features two factory-backed turbocharged Optimas in the Grand Touring Sport (GTS) class.  Mark Wilkins in the No. 38 B.R.A.K.E.S. Optima turbo and Nic Jonsson in the No. 36 DonorsChoose.org Optima turbo currently sit first and second in the GTS Driver Championship, respectively, while Kia currently leads the Manufacturer Championship ahead of rivals Porsche, Ford, Chevrolet and Aston Martin. The next GTS race is scheduled for May 30-June 1 in Detroit.  That same weekend the Kinetic Forte Koups will do battle at New Jersey Motorsports Park in Millville, N.J., in rounds five and six for the TC-A class competitors.

Race fans can watch coverage of the races online at www.world-challengetv.com and catch the latest news and updates from the Kia Racing Facebook page at www.facebook.com/kiaracing and follow the team on Twitter: @KiaRacing.