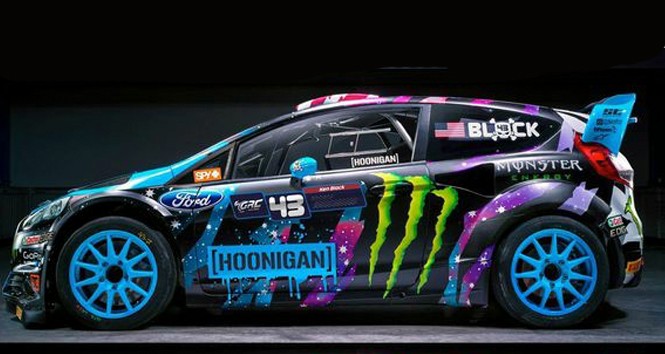 2015 is set to be another exciting, action-packed and diverse race season for Ken Block as he once again has one of the most varying calendars in racing, traveling around the world and participating in everything from stage rally to X Games to rallycross to a handful of international Gymkhana demos.

The biggest part of 2015 will see Block competing once again in the Global Rallycross Championship. Having been the top average qualifier—as well as having won the most heats—winning two events and taking 2nd overall in the championship last year (and missing out on 1st by only 5 points), Block will be back again in the 12-round series looking to bring home the overall championship.

Block will also be participating in X Games this summer, returning to the heat of Texas in Austin at the Circuit of the Americas while looking to add to his 5 previous X Games medals.

“I’m really excited about my race calendar for 2015,” said Block. “Just like last year, I feel really lucky to be able to have such a diverse race calendar. I’m looking forward to competing in the full GRC season again and going after that title. I only missed it by 5 points last season, so I’m confident that I’m the best contender for the title this year and I’ve been working my butt off with my team in the offseason so th

at we can have the best possible chances of taking it. I’m also going to get to run my 1965 Ford Mustang Hoonicorn RTR a few times as well for fans around the globe. Overall it’s going to be a great season, I can’t wait for it to get started.”