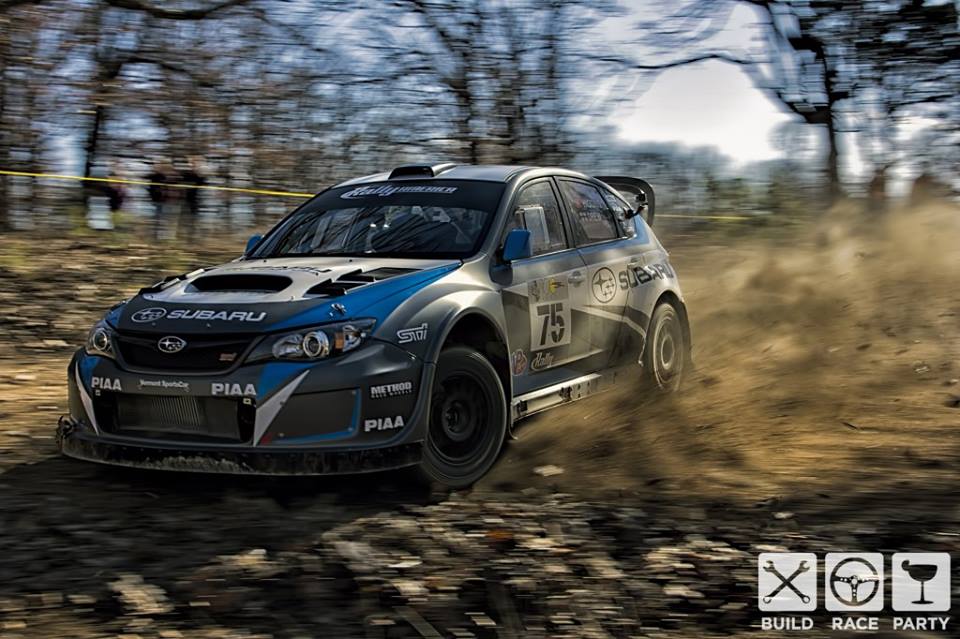 “This is something I have been waiting to do for such a long time,” explained Higgins. “I’m very grateful to Dirtfish Rally School for the support to make this happen for me. I have four years of frustration to get out of the system after doing many miles testing these amazing cars and helping out on events with the team. I now can finally show up with my helmet and race!”

“When we saw an opportunity to support David Higgins and get him in a car for our home GRC event we are hosting in September we had to do it,” said Troy Jorgensen of DirtFish Rally School. “Higgins and the whole Subaru team have been friends of DirtFish since the beginning, and we couldn’t be more excited. It will certainly add to the event and bring some thrilling and dynamic racing.”

Higgins will have a familiar voice in his ear as he competes in Seattle, with his longtime rally co-driver Craig Drew serving as his spotter. Drew has worked as Bucky Lasek’s spotter for most of this season. “The DirtFish track should be great for us rally drivers as there will be plenty of dirt, but it’s also time to forget about rally and go back to my racing memory that earned me nine kart racing titles,” Higgins added. “I will still have a familiar voice in my ear though as the ‘voice of speed’, Craig Drew, will be my spotter, he has built up lots of experience this year and I will be relying on him as much as ever, well not quite!”

Higgins has worked extensively as a test driver for the Subaru Rally Team USA and has accumulated many miles behind the wheel of the team’s GRC cars, but last competed in 2012. He has made four appearances at Red Bull GRC-sanctioned events, including X Games appearances in 2011 and 2012. He took two podium finishes, including a bronze medal in head-to-head competition at X Games in 2011, and a runner-up finish in Colorado in his series debut. While not behind the wheel, Higgins remains a mainstay at Red Bull GRC events, working as a spotter for Subaru teammates Bucky Lasek and Travis Pastrana.

2014 has been a banner year for Subaru Rally Team USA in Red Bull GRC, with three podium finishes in the first six races of the year. Drivers Bucky Lasek and Sverre Isachsen have both set career-best finishes, with Lasek earning a silver medal at X Games Austin in June and Isachsen coming second at The Dirt Track at Charlotte in July. Meanwhile, Higgins has been busy competing in stage rally for the team, where he has won six of seven events and mathematically secured his fourth consecutive Rally America driver’s championship with one round remaining.