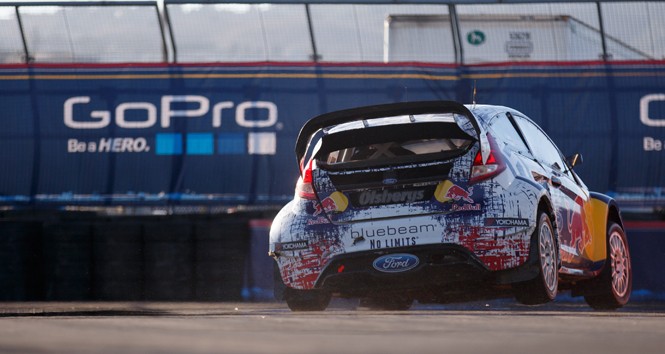 2014 Results: For the second year in a row, a Finnish driver conquered all in Red Bull GRC’s Supercar class, as Wiman succeeded Toomas Heikkinen as the champion with Olsbergs MSE. Their paths to the crown were very different, though; while Heikkinen won five straight races in 2013, Wiman’s title-winning season came on the back of eight top-five runs in 10 races, but no victories.

What’s New in 2015: It’ll be more of the same for Wiman, as he returns to OMSE to defend his championship. The biggest difference will be the departure of former teammate Patrik Sandell and addition of Sebastian Eriksson, who finished second to Wiman for the 2013 GRC Lites title, to the squad.

Strengths: Consistency, consistency, consistency. After a double joker in Barbados took Wiman from first place in the final and a pair of crashes at X Games Austin dropped him from the top seed, he settled in with clean, consistent driving for the rest of the year. Beyond that, he showed that he has the clutch gene in him—when Ken Block took the lead in the Las Vegas final, Wiman had to finish second to win the title. Like a seasoned pro, he took his joker lap from fourth place, gained the two spots he needed, settled in, and took home the prize.

What To Watch For: Nobody’s going to go easy on Wiman this year, especially not compared to when he was a Supercar rookie and flew under the radar before the start of the season. He’s also out to prove that he can win a race, because the chances are slim that this year’s title can be won without a victory—but a deeper field, including five M-Sport Fords (four of which are new to the series) will make it difficult.

Outlook: Wiman has to be a part of the championship conversation, but it may require quite the effort for him to take a second crown. Still, he’ll probably head to Vegas with a shot at going back to back.