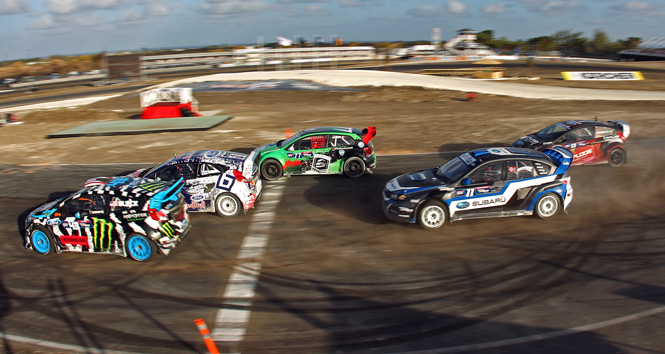 Red Bull Global Rallycross will contest the second round of its 2014 championship on Saturday, June 7, as part of X Games Austin. For the first time, X Games will be held at Circuit of the Americas, the home of Formula One’s United States Grand Prix and one of the most advanced grand prix circuits in the world.

“We look forward to participating at X Games this weekend in Austin as part of our multi-year collaboration,” said Colin Dyne, Red Bull GRC CEO. “Circuit of the Americas is one of the greatest race circuits in the world, and we are proud to be competing at a venue of such incredible caliber.”

After an exciting debut season in 2013, GRC Lites will also make its season debut at X Games Austin and compete at every remaining Red Bull GRC event. Young stars Mitchell DeJong and Kevin Eriksson will return from the 2013 season, while Nelson Piquet Jr. will become the first driver in series history to compete in both Supercars and GRC Lites.

The broadcast of Red Bull Global Rallycross at X Games Austin will be shown live on Saturday, June 7. The broadcast will begin at 1:30 PM ET on ESPN and will continue on ABC at 2:00 PM ET with the conclusion of the event.