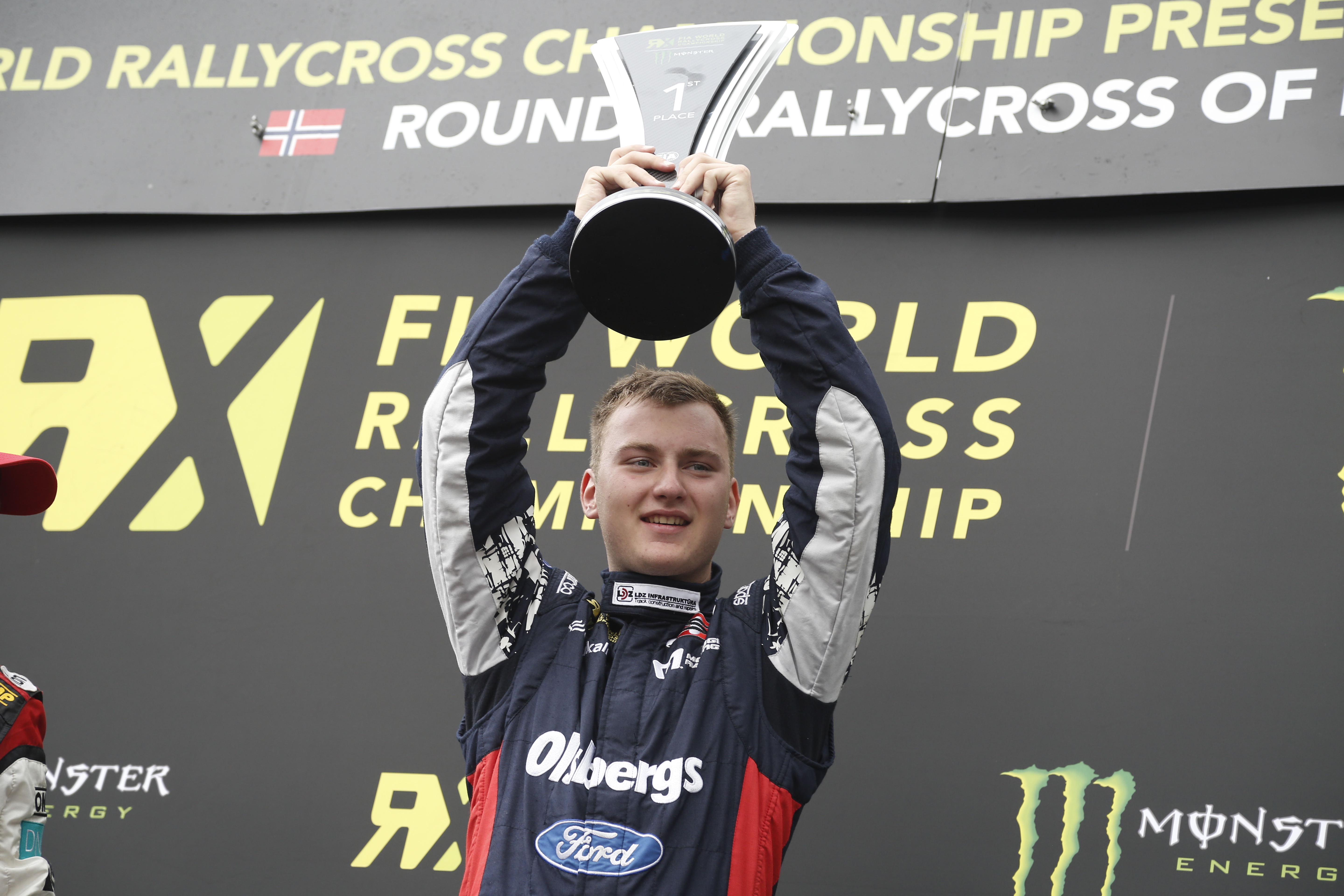 Latvia’s Reinis Nitiss has won World RX of Norway, round three of the FIA World Rallycross Championship presented by Monster Energy, after a near-perfect performance at the wheel of his Ford Fiesta Supercar.  The 18-year-old now leads the Championship over Norway’s Petter Solberg who finished runner-up in front of a delighted home crowd.  World RX debutant Ken Block took the third step of the podium – and the Euro RX win – after a stunning performance in his Hoonigan Racing Division Ford Fiesta.

Over 13,000 spectators attended the first Scandinavian round of the season as an enthusiastic home crowd cheered on Norwegian favourites including Ford Olsbergs MSE driver Andreas Bakkerud and round one winner, Solberg.  Block also proved a popular addition to the World RX paddock as the American Gymkhana star entertained fans both on and off the track. 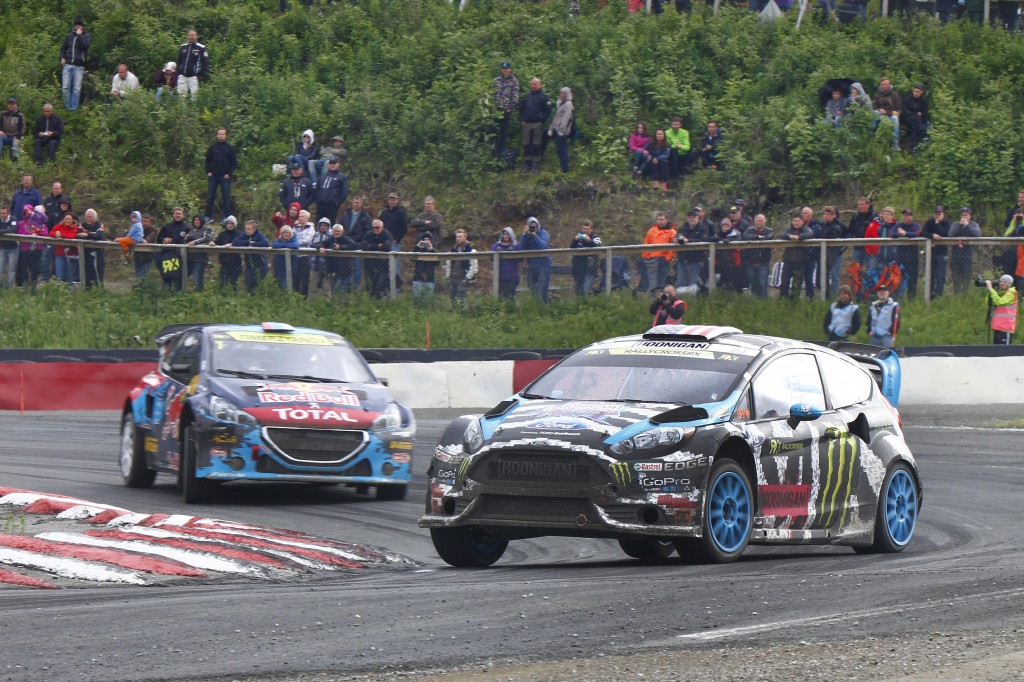 “This is amazing – just amazing,” beamed Nitiss who now leads Solberg by three points.  “I will not forget today – I was racing in front of two stars and finished ahead of a World Champion. Today is the 15 June and 15 is my racing car number – it is a number which brings me a lot of luck and this is the best feeling.  My aim at the start of the season was to finish in the top 12, I really didn’t imagine I could win today!”

Solberg, who drove his Citroen DS3 Supercar to second place, was full of praise for Hell RX winner Nitiss, who is more than 20 years his junior.  “I am very impressed with Reinis – he is young and put a lot of pressure on me today.  His really deserves this, he is very quick.” 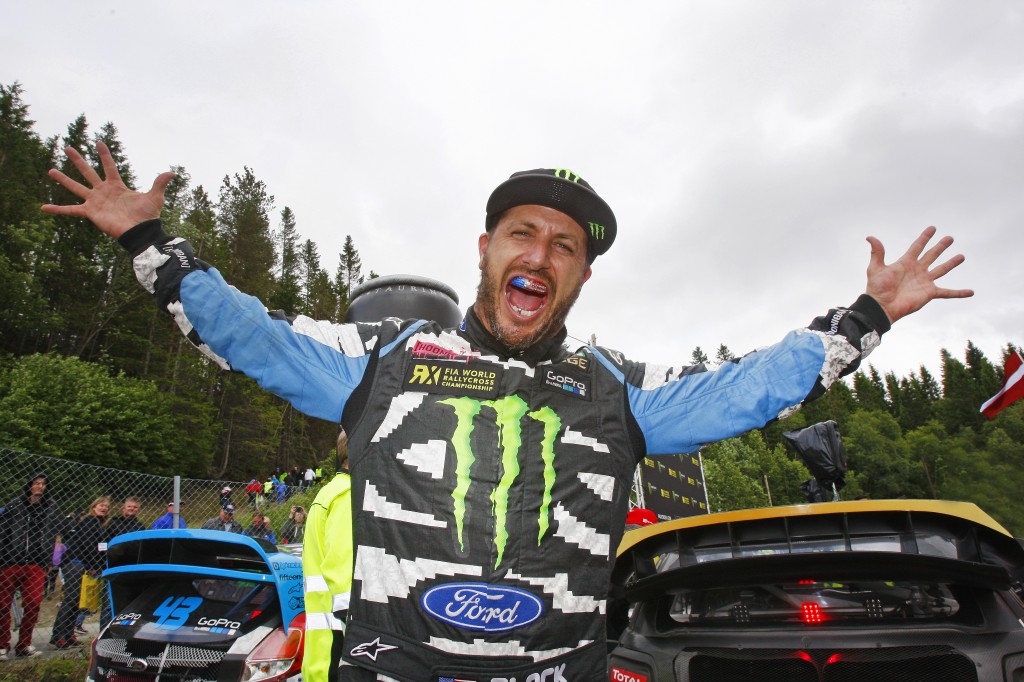 As well as securing third in World RX, Block was also crowned the winner of the hotly-contested FIA European Rallycross Championship (Euro RX), of which there were 23 entries.  “I really couldn’t be happier,” grinned the charismatic American. “This is my first time on a proper rallycross track and to finish the event alongside two great guys [Nitiss and Solberg] on the podium is awesome. I struggled with the starts and haven’t quite figured it out yet but World RX is an awesome Championship and it’s been great for myself and the team to see how everything works.”

Team Peugeot-Hansen drivers Timur Timerzyanov and Timmy Hansen were podium contenders this weekend but a decision to use Cooper’s wet tyres on their Peugeot 208 Supercars proved costly as the track dried out and the pair lost vital seconds in the all-important final.  Timerzyanov ended the event in fourth, with Hansen sixth.  Henning Solberg – older brother of Petter – rounded off the top five in his Saab 9-3 Supercar.

Monster Energy World RX Team’s Liam Doran was consistently quick throughout the weekend as the British Bomb netted two heat wins.  However, a puncture on his Citroen DS3 Supercar hindered the British driver’s charge as Doran narrowly missed out on a spot in the final.

Despite not reaching the final, Volkswagen Marklund team-mates Topi Heikkinen and Anton Marklund were fighting at the top of the grid for the majority of the weekend.  The Scandinavian duo were lying second and third overnight but lost out on today’s final after a close scrap with fellow semi-finalists Nitiss, Hansen, Block and two-time World Snowcross Champion, Emil Ohman. 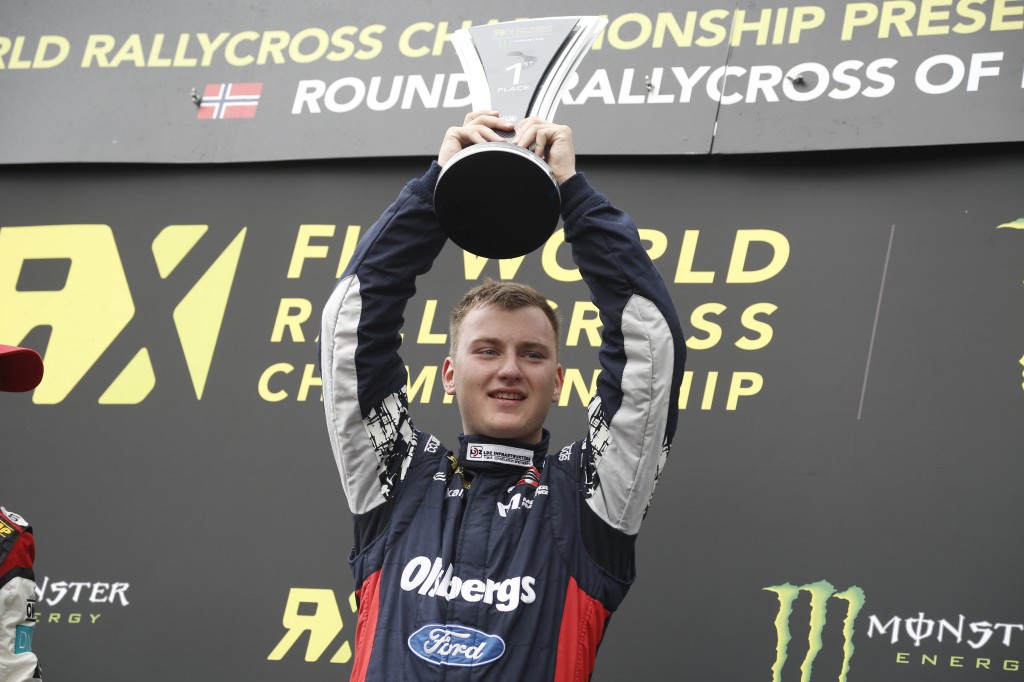 After two heat victories plus a semi and final victory, Latvia’s Janis Baumanis won the Super1600 category. Second place was awarded to Ulrik Linnemann, with Espen Isaksaetre finishing third.  “It’s my 22nd birthday today and this is the best way to celebrate,” grinned Baumanis, who now lies fifth in the S1600 standings.   Round one and two winner Sergej Zagumennov continues to lead the category with 79 points.

In the TouringCar category, Tom Daniel Tavenik clinched the victory in a Mazda RX8.  Daniel Lundh took second, with Fredrik Salsten third to make it a Norwegian one-two-three.

Martin Anayi, World RX Managing Director for IMG Motorsport, concluded: “What a sensational weekend – World RX just keeps getting better and better! The standard of our drivers in this Championship is exceptionally high and for Ken Block to finish on the podium on his debut is testament to how hard Ken and the whole Hoonigan Racing team have worked.  However, my biggest praise this weekend must go to Reinis – at only 18 years old, Reinis has proved himself as a driver who is blisteringly quick behind the wheel but also with a mature head on his shoulders.  To drive against two hugely experienced drivers, Petter and Ken, and to come out top is exceptional.”

World RX of Finland, round four of the season, will take place at Kouvola from 28-29 June.

DRIVER POINTS AFTER ROUND 3, WORLD RX OF NORWAY

TEAM POINTS AFTER ROUND 3, WORLD RX OF NORWAY