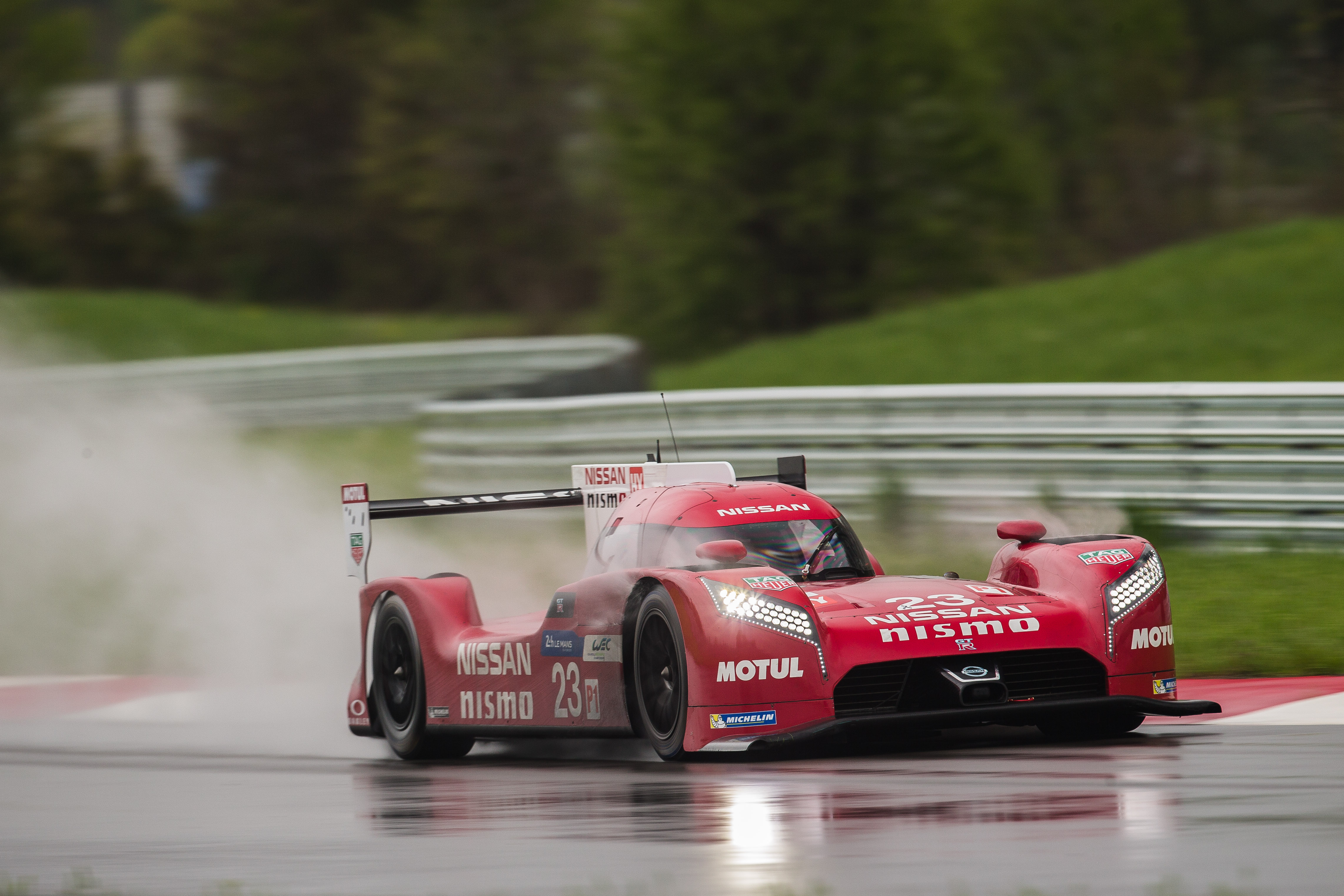 Nissan’s LM P1 team completed an intensive four-day test at NCM Motorsports Park in Bowling Green, Kentucky, this week. After a static show for the fans at last weekend’s WEC season-opener at Silverstone, the Nissan GT-R LM NISMO was all-action for this important test. 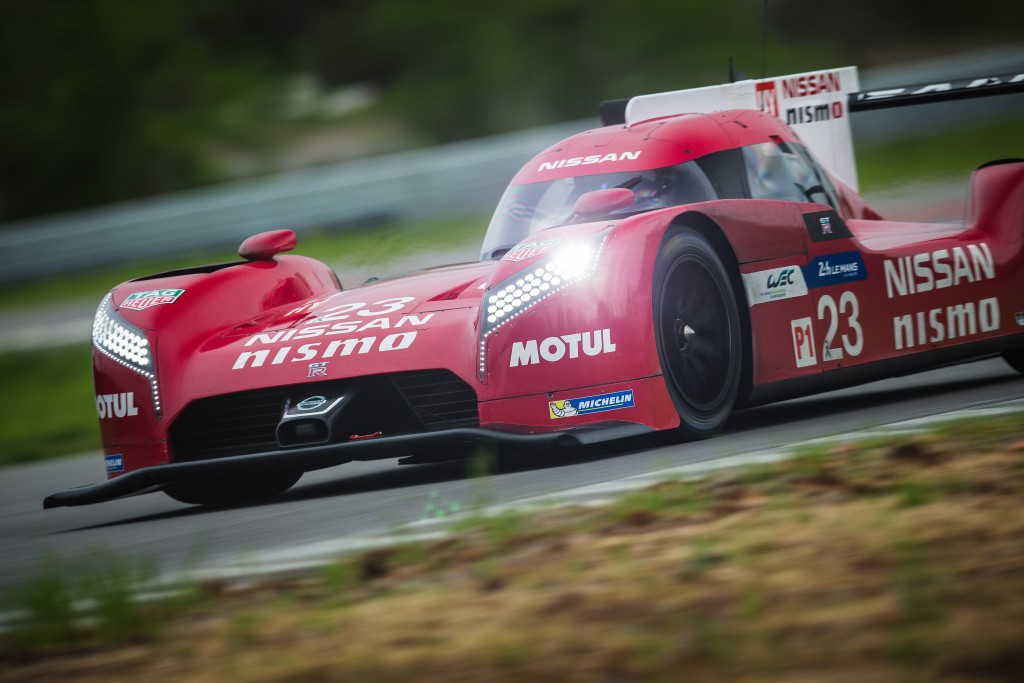 Harry Tincknell, Michael Krumm, Max Chilton, Marc Gene, Jann Mardenborough and Alex Buncombe were on driving duty in Kentucky where the order of the day was to put miles on the car and start to set it up for Le Mans.

NCM Motorsports Park was chosen as it has corners that mimic various sections of the Le Mans track, as NISMO’s Darren Cox explained: “This circuit was a great find, as we now have a very good idea how the GT-R will perform through Mulsanne Corner and the PlayStation chicane. This track also has its own version of the Porsche Curves – in curvature but not in topography – so it is the ideal place for us to test.” 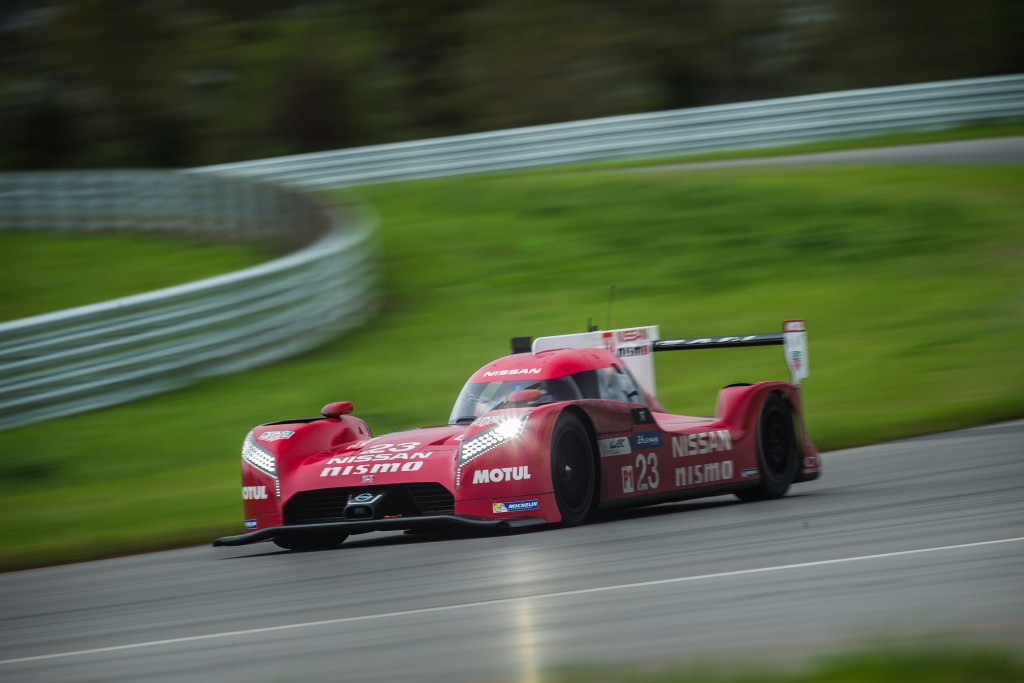 The team could choose the configuration of the circuit for testing, but unfortunately couldn’t control the weather. Torrential rain in Bowling Green means that the team will have a head start if it rains at Le Mans in June.

“Testing has been going well,” said Tincknell, who did the lion’s share of the driving this week. “We managed some laps in the dry on the first morning, but it has been mainly wet since then. We have had the car running smoothly and are still learning masses every day. We have learned a lot about the Michelin ‘wets,’ especially our bespoke designed rear tire, so it has been very useful.” 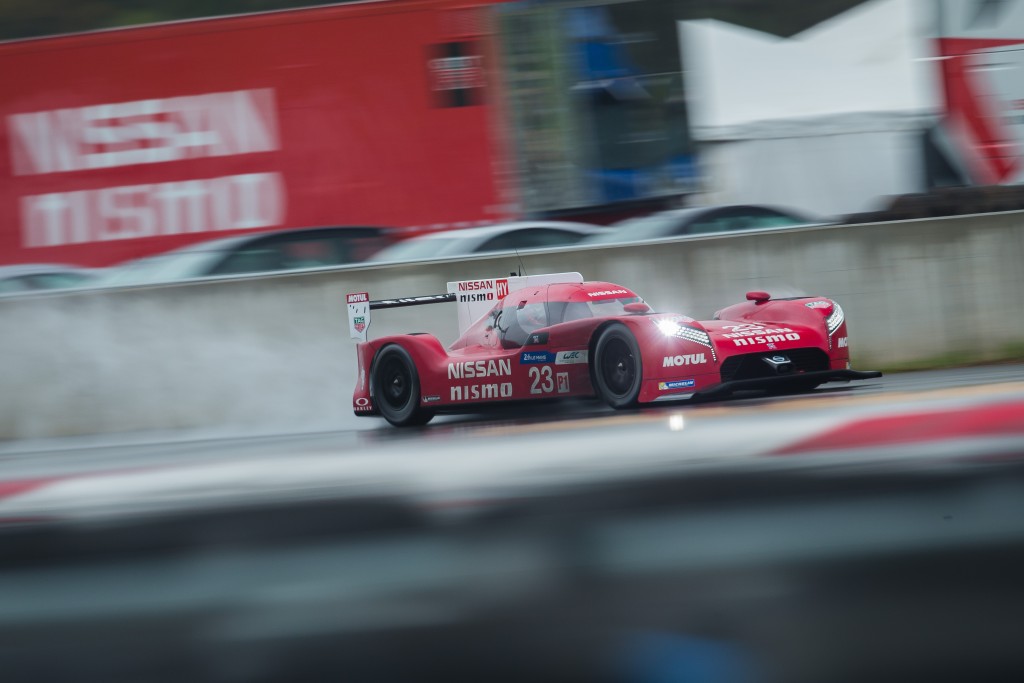 The focus of this week’s test was to add mileage to the car and to continue the tuning process.  The GT-R is still a brand new racing car, so it is testament to the hard work of the team that they are now at the stage when they can start to work on the set up of the car.  The team also ran a Nissan-powered LM P2 car at the test, which validated the work they had done in the simulator in terms of setting benchmarks for the track and the performance of the tires. All this took place under the watchful gaze of NISMO COO Motohiro Matsumura, who was pleased to see the good progress that has been made.

“Our focus was on optimizing the suspension set up and refining elements like traction control,” said Team Principal Ben Bowlby. “We’ve gone from trying to make the car go around a race track to getting the car ready to race. We had some issues with the drainage of the track. Because of the river issue we were having to run the wet tires a long way into what would have normally been classed as dry running.  Interestingly, we could stay on the wets for a long time in drying conditions, so that gives us a lot of confidence.” 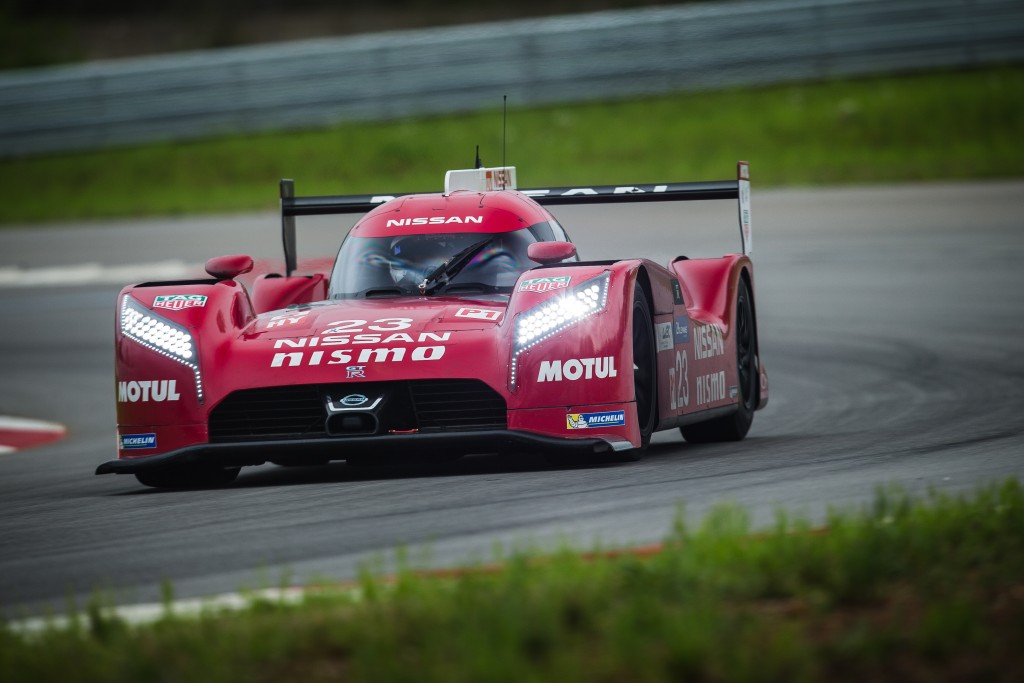 While the online rumor mill gathers pace, the efforts of the Nissan LM P1 team continue at full throttle, fuelled by the support of the race fans who can’t wait to see the GT-R on track at Le Mans.

“We’re very pleased to have put almost another 1,200 miles (2,000 kms) on the car, especially when you consider that 50 percent of our running was disturbed by the wet weather,” said Cox. “It was interesting to get Michael Krumm’s feedback on the car, as he hasn’t driven it for a while, and it was great to see Al Buncombe go out and be bang on the pace straight away. There is still a long way to go, but the car is really starting to look like a racing car now. Every time we go out on track, we find something new. It is a delight to see the car come on in leaps and bounds, but nobody knows exactly where we will be until we get to Le Mans.” 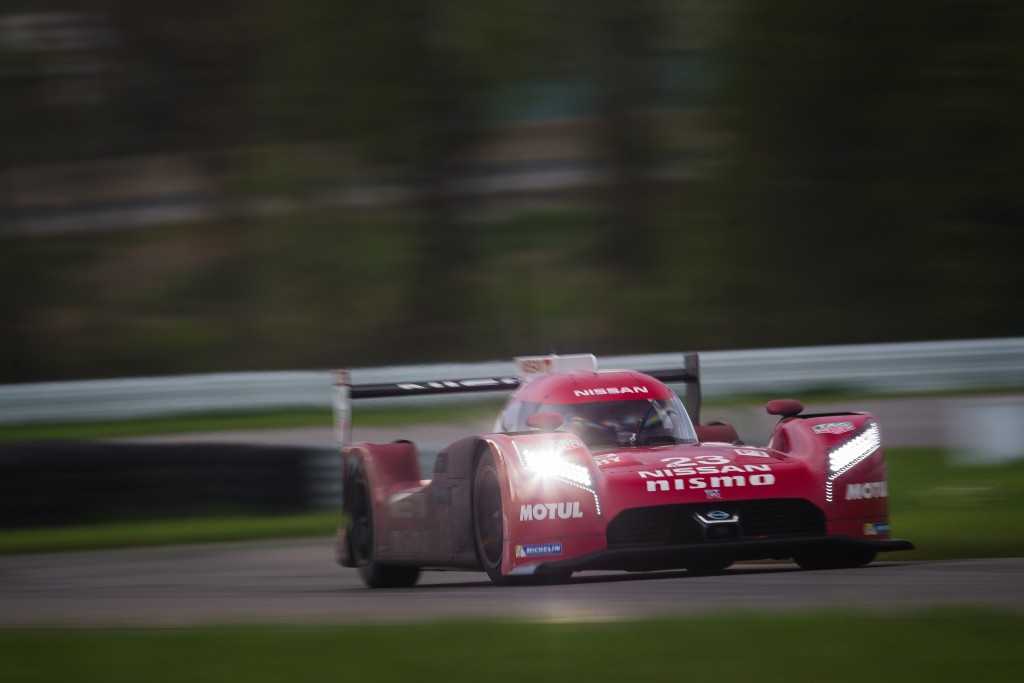 The Nissan GT-R LM NISMO will be homologated at the end of April. Nissan has just two more days of running in the U.S. in early May before the entire LM P1 team decamps to Europe in preparation for Le Mans