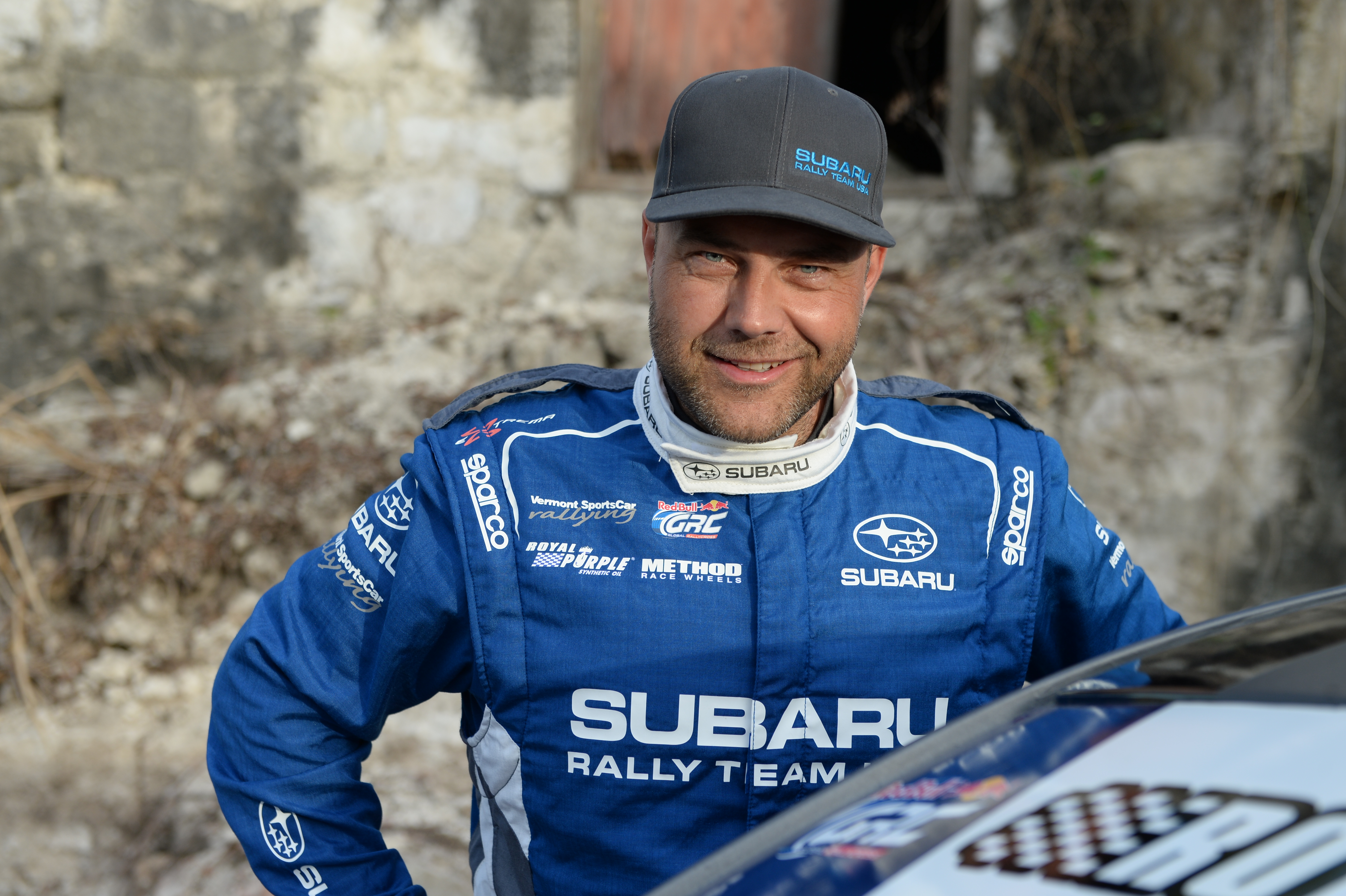 Subaru Rally Team USA driver Sverre Isachsen enthralled a capacity crowd at the season opener of the 2014 Red Bull Global Rallycross Championship in Barbados, part of Top Gear Live Festival. In the Final, Isachsen in the #11 Subaru WRX STI became locked in a thrilling duel for third overall with rival Nelson Piquet JR. The two drivers battled each other with tight door-to-door racing that brought the crowd to their feet. Isachsen was classified in 6th overall at the finish. 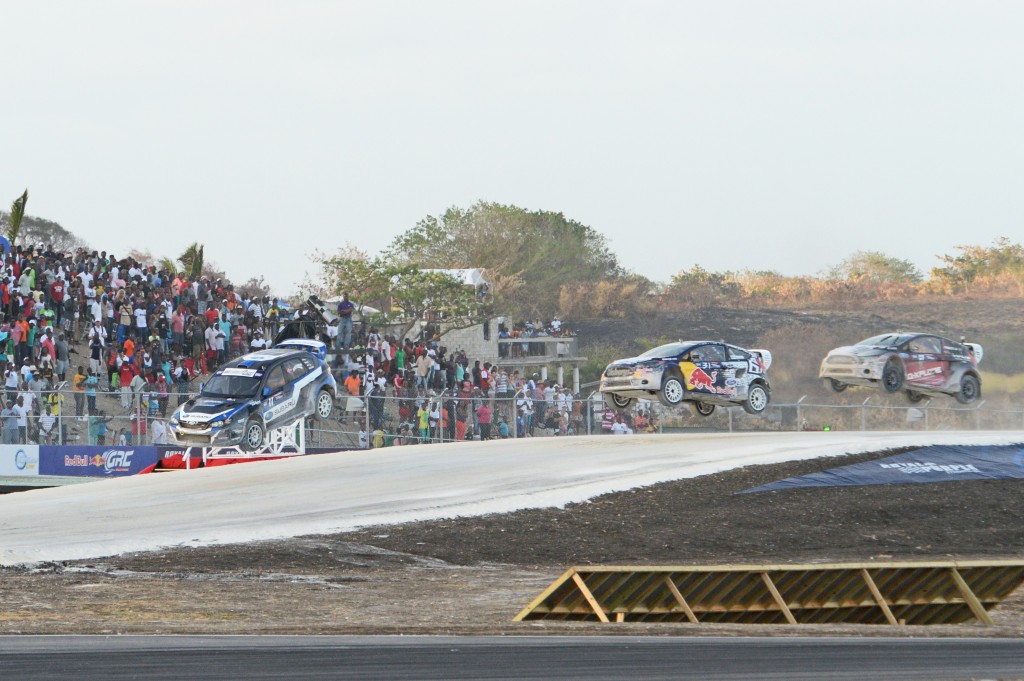 After struggling with a blown tire in the first heat race, Isachsen found success in the third heat race, finishing 2nd overall to advance straight to the Final. For Isachsen this was the eighth straight event where he has advanced to the Final. His teammate Bucky Lasek, driving the #81 Subaru STI, finished third in his initial seeding heat but in the process experienced a critical engine problem forcing him to retire from the event. 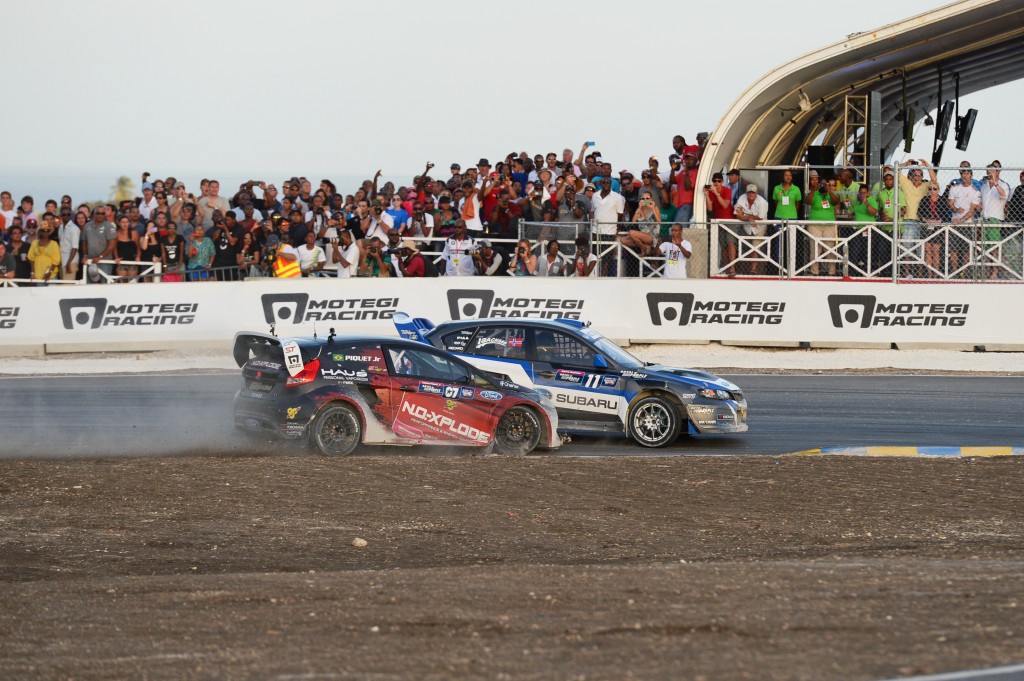 Isachsen started the Final from the 2nd row of the grid and after a great launch found himself in third overall with rival Nelson Piquet JR challenging from behind. The two would go on to captivate the massive crowd with incredible door-to-door racing action, swapping positions with each other several times and bumping doors nearly every lap.

Although Isachsen held off Piquet JR for most of the battle he landed heavily on the dirt jump late in the race, causing critical damage to his STI. Isachsen was classified in sixth overall at the finish. The capacity crowd roared for Isachsen as he exited his Subaru, clearly enamored with his driving efforts. 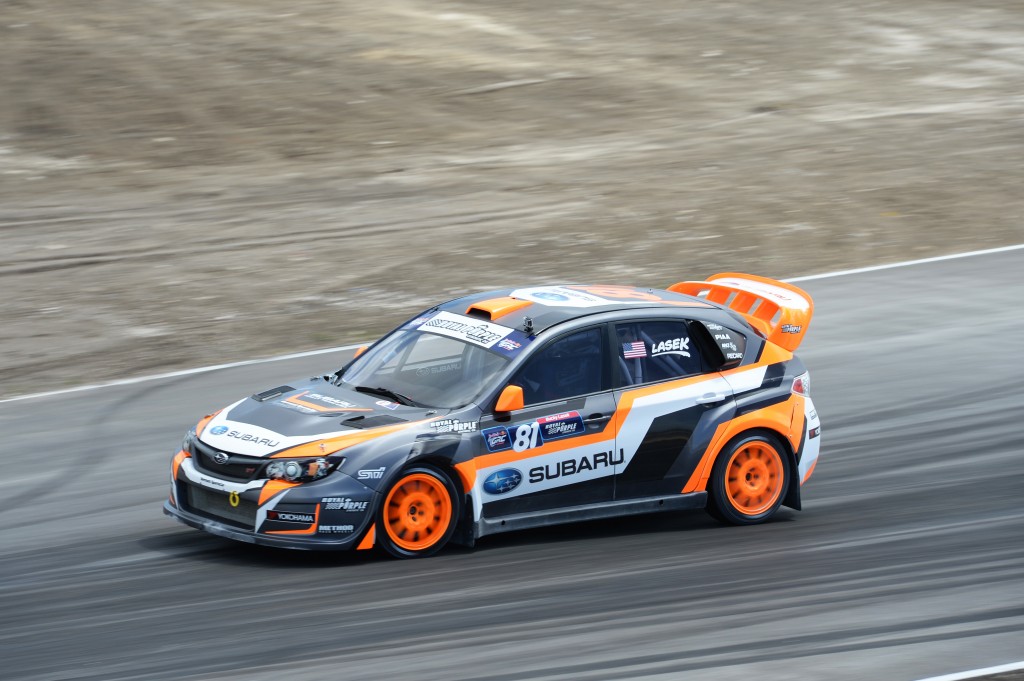 “An incredible race, I fought very hard and I’m happy the fans enjoyed it!” said Isachsen. “We struggled a little bit this weekend on setup, driving for the first time on the new spec tire, but I think we made some good steps forward and we are ready to fight at the X Games!”