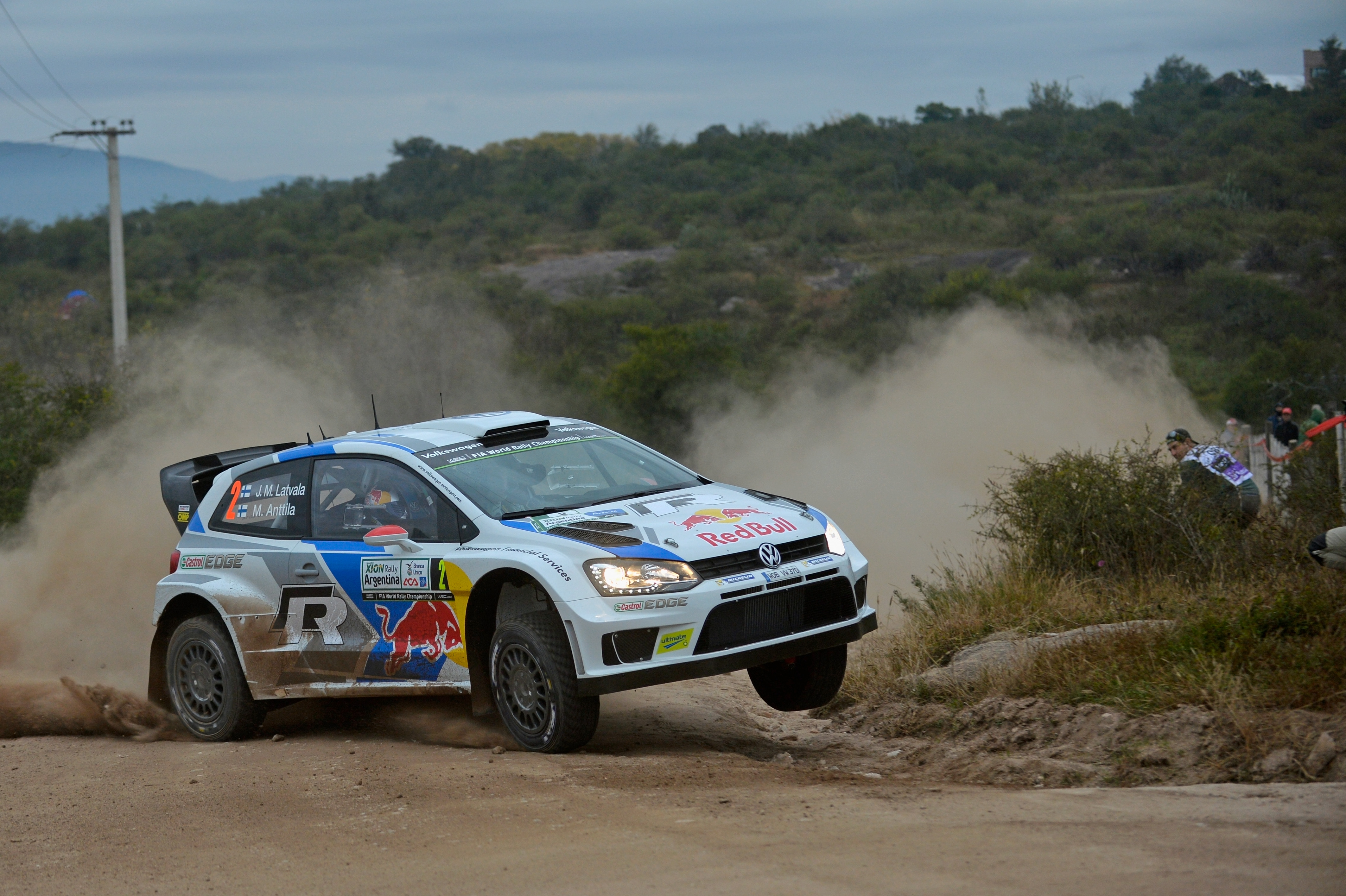 The 6.04-kilometre “Parque Tematico” special stage near the service park in Villa Carlos Paz formed the spectacular opening to the Rally Argentina, which attracts hoards of excited and knowledgeable rally fans every year. Sébastien Ogier and Andreas Mikkelsen both won their head-to-heads against Mads Østberg (Citroën) and Thierry Neuville (Hyundai). Jari-Matti Latvala missed out by a whisker, finishing just 0.1 seconds behind his direct opponent Mikko Hirvonen (Ford).

Quotes after the start of the Rally Argentina

Sébastien Ogier, Volkswagen Polo R WRC #1
“Four weeks without a rally is too long for a rally driver, so I am very pleased to be here in Argentina. The rally will be very demanding, that much is certain. The rain they have had here over the past few weeks has really eroded the route and made it brutal for the car and tyres. You need to be even more focussed than usual, particularly tomorrow morning, as the first two stages ‘Santa Catalina’ and ‘Ascochingo’ could decide who is going to be among the front-runners and who is not. However, Julien and I are ready and raring to take on the challenge.”

Jari-Matti Latvala, Volkswagen Polo R WRC #2
“The first stage was very spectacular for the fans, but just a short warm-up for us. The Rally Argentina only really gets going on Friday, and I expect it to be one of the toughest challenges so far. The recent rainfall has really worn away the roads, and some of the sections have been left with very coarse surfaces. Off the racing line you can now see even more stones and rocks, which you must avoid at all costs. Another challenge is the tyre selection: with temperatures rising, it is not simple to decide between the softer and harder compounds on the Michelin tyres. As such, you have all the ingredients for an exciting and thrilling rally.”

Andreas Mikkelsen, Volkswagen Polo R WRC #9
“Cleverness. That will be the keyword at this Rally Argentina. We saw on the ‘Recce’ that the special stages have a completely different character to last season – even though over four fifths of the route are identical. There have been a lot of storms and poor weather in recent weeks. The stages have been seriously eroded, making them very tough on the material. This means you have to find the right balance, attack where you can attack, and ease off where necessary. The first four kilometres today revealed little about what we can expect over the coming three days. However, we have definitely made a good start.”

Jost Capito, Volkswagen Motorsport Director
“Our drivers are really to be envied here at the Rally Argentina: the enthusiasm of the fans, the special stages, and the countryside are absolutely fantastic. We can expect some thrilling rally action and breath-taking images over the next three days. Today’s special stage was spectacular, and we are very happy with the result. Obviously you cannot read too much into it. The Rally Argentina starts tomorrow with two difficult special stages. We are ready.”