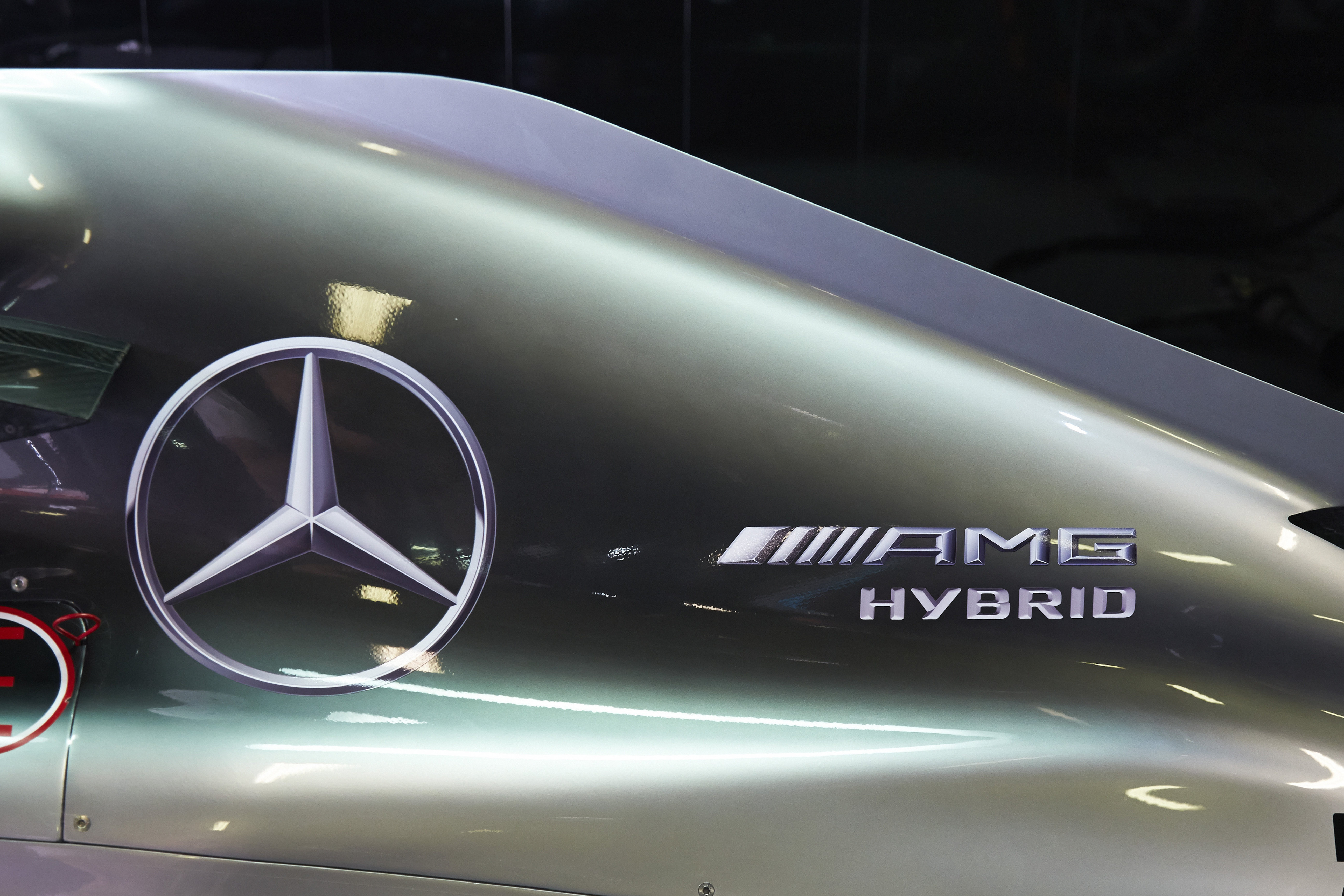 The technical revolution of 2014 can be expressed in one simple phrase: the engine is no more, long live the Power Unit! This change in terminology reflects the fact that the new powertrain is far more than simply an Internal Combustion Engine. Where the previous V8 format utilised a KERS hybrid system which was effectively ‘bolted on’ to a pre-existing engine configuration, the Mercedes-Benz PU106A Hybrid has been designed from the outset with Hybrid systems integral to its operation. 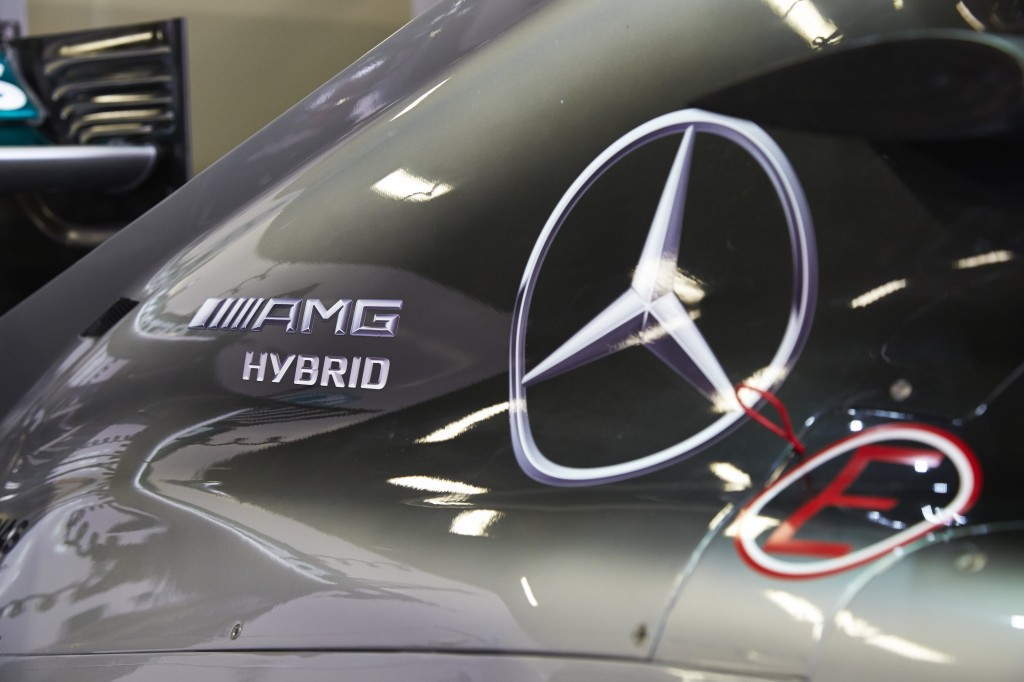 In recognition of the importance of this new philosophy to both Formula One and Mercedes-Benz, from the 2014 Spanish Grand Prix onwards the team’s F1 W05 racing car will be rechristened as the “F1 W05 Hybrid” and will carry the Hybrid branding featured on series production Mercedes-Benz cars prominently on the engine cover.

“Mercedes-Benz has been at the forefront of automotive innovation since the invention of the first automobile by Karl Benz,” said Toto Wolff, Head of Mercedes-Benz Motorsport. “This pedigree includes over a century of motorsport involvement, which has provided a testing ground for some of the brand’s most significant breakthroughs.

“What we are seeing in Formula One today is the next generation of innovations that will eventually find their way from the race track to the road. Mercedes-Benz is leading the way in promoting the positive new direction the sport has taken.” 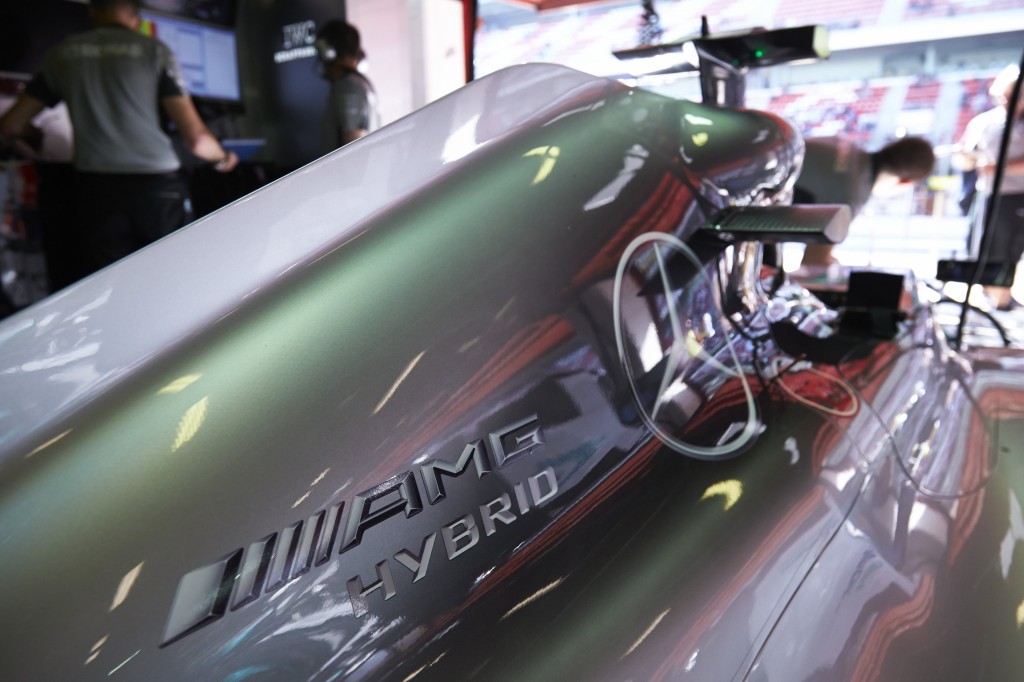 Of course, while the Hybrid systems introduced for 2014 are altogether more far-reaching, the idea of the engine as a standalone source of propulsion in Formula One was consigned to history several years ago through the introduction of KERS Hybrid power in 2009 and from 2011 through 2013.

For Mercedes-Benz, the association between hybrid technology and motorsport stretches back beyond even that: over a century, in fact.

The early experiments of Daimler chief engineer Wilhelm Maybach focused on combining the gasoline engine with alternative drive technologies in the early 1900s, but the company’s first true hybrid was the Mercedes Mixte, employing a serial hybrid drive incorporating a gasoline engine and a dynamo that converted the energy of the engine into electric energy: subsequently supplying power to two wheel hub motors on the rear axle.

To demonstrate its performance, a Mixte race car was developed before the end of 1907, with a 30 / 55 hp engine powering the generator and wheel hub motors that transferred the electric energy to the road. 102 years later, the Mercedes-Benz KERS Hybrid system powered Lewis Hamilton to the first ever Hybrid Formula One victory at the 2009 Hungarian Grand Prix.

During the early development phases of KERS in 2007, the system weighed in at over 100 kg and worked at a thermal efficiency level of 39%. By the end of the 2012 season the units weighed just 24 kg and were capable of 80% thermal efficiency levels. In other words, Formula One development enabled a twelve-fold increase in power density from KERS systems: the impact of which has filtered down into Hybrid systems used by the everyday motorist.

The perfect example lies in the Mercedes-Benz SLS AMG Coupé Electric Drive: with lessons learned during development of the high-power-density F1 KERS Hybrid flowing directly into the technology at the heart of this ground-breaking vehicle. The battery solution for the all-electric supercar was developed with Mercedes AMG.

High Performance Powertrains (HPP) in Brixworth, delivered 740 hp, an incredible 1,000 Nm of torque and set a new benchmark for energy density. All of which added up to a 7:56 record lap of the Nürburgring Nordschleife!

This rate of development has historically come as something of a by-product to the ultimate goal of faster lap time. For 2014, however, this has fundamentally changed. “Formula One is the pinnacle of automotive innovation. As such, it has a responsibility to push the boundaries of technology,” explains Toto. “The new regulations not only encourage this innovation but also align the sport with the direction in which the automotive industry is heading. As a works manufacturer team, we are perfectly placed to reap the rewards of aligning our racing activities with the future technology path for series production. Formula One always has been about pure racing – and it still is today. At the same time, we’re now back at the cutting edge of technology and pioneering new solutions. That’s a huge positive step for the sport.”