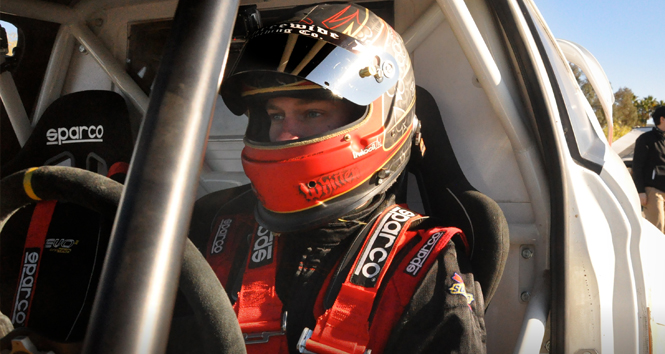 2014 Results: Whitten attended multiple Red Bull GRC events in 2014, but none of them as a driver. His competition debut will come in Fort Lauderdale on May 30-31.

What’s New in 2015: DirtFish Rally School will become a team entrant in Red Bull GRC for the first time after past experience as a team sponsor and event venue. Whitten will serve as the driver, after roughly two years between Lites driving experiences.

Strengths: Of all the rookies competing in GRC Lites, Whitten has by far the most seat time in a Lites car. When Olsbergs MSE developed the platform in 2012, he was one of the drivers selected to shake the car down and turn it into what it is today: the best rallycross talent development vehicle in the world. That’s a lot of experience that he can take and apply to the grid—and having a devoted test car and plenty of seat time at DirtFish helps, too.

What To Watch For: How quickly can Whitten’s experience in driving the car adapt to race situations? He’s still been racing over the past two years, most notably driving Porsches for Isringhausen Motorsports, so the racecraft is still there. It’s just a question of adapting it to a new venue with shorter bursts of intense, multi-surface racing.

Outlook: Whitten’s past outings in a Lites car make him the 2015 newcomer best suited to taking this year’s championship. A race win, or at least a healthy number of podiums, should be likely possibilities, giving him a decent shot at the title in Las Vegas.