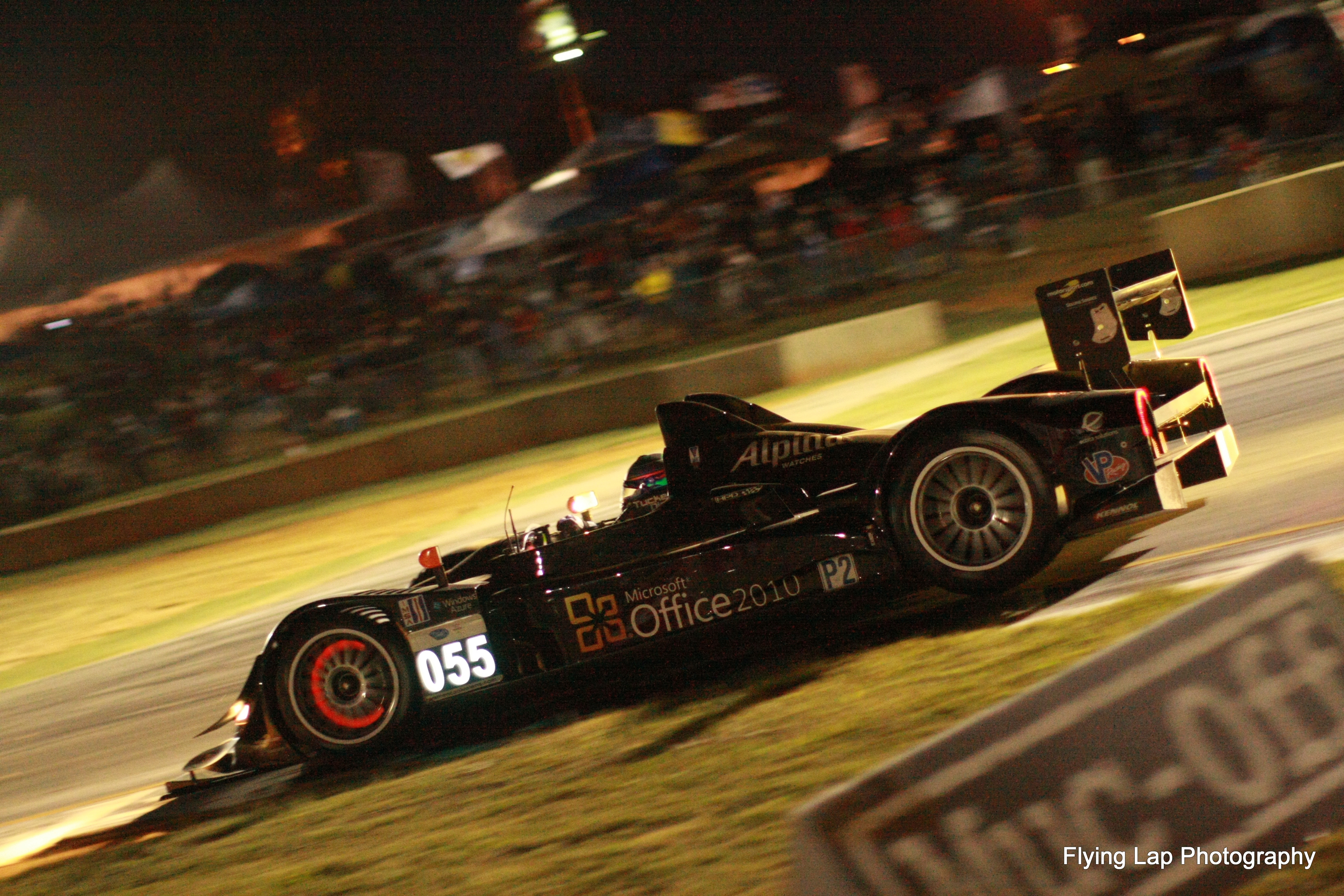 It was 11:30 PM as I shook-off my drunken stupor. A loud, raspy scream coming from beyond the trees drew me closer to the edge and it was then that I saw the orangish-yellowish glow…

Have you watched an endurance race and seen those wild, glowing numbers on sides of cars and thought about what it is that makes them glow? I know I have, so I decided to do some digging and find out more. That futuristic lighting on the side of endurance racers is actually quite old technology. But, it’s incredibly cool.

Electroluminescence: who knew lighting could sound so sexy?

Essentially, two types of lighting exist: one that is produced from heat and one that is not. According to Wikipedia, the differences are as follows:

Dating way back to the 1500’s, physicists started exploring the different types of luminesence, with breakthroughs coming in the 1800’s and 1900’s with the study of fluorescence and phosphorescence. Then, in 1936, Frenchman Georges Destriau was the first to find a common compound (copper-activated zinc sulfide) that, when excited by electricity, emitted light.

One of the first automotive applications of electroluminescence came in the form of one of the more interesting muscle cars of the 1960’s.

Based on the Dodge Coronet, the Charger was given a more masculine look with a bespoke front end with a grill that could make a whale envious (complete with revolving headlights), unique tail-lights and a different roof treatment. According to Allpar.com, the car had split folding rear seats that gave it 7-feet of cargo space. 7-feet! But, I digress…

Also unique to the Dodge Charger was its application of electroluminescent backlighting for the instrument cluster. The lighting on 4, large, round gauges that made up the main instrumentation gave it a very futuristic, sporty look, while making the gauges very legible.

Electroluminescence has taken on many commercial forms since then, namely, in night-lights, thermostats, wristwatches (you’ve likely owned a Timex Indiglo watch at some point) and even on displays in spaceships.

Not just for Burning Man

For many years now, electroluminescent panels (commonly referred to as EL Panels) have been making it easy for endurance racing fans to follow their favorite drivers and teams.

In most cases, these panels utilize fluorescent dyes, which are activated when a source of alternating current is applied to them, requiring a transformer in automotive applications (since battery power creates a direct current).

Alternating current (AC) is required for the technology to work as the light emitted is created by electrons being excited in and out of differing energy levels, and with AC the current is not constant meaning the electrons have the ability to move back-and-forth: think of it like walking into the ocean versus walking against a fire hose: with the ebbing of each wave you can move forward and backward, while a fire hose just pushes you backward.

One company that specializes in these number displays is Surelight in the U.K. Their claim of providing panels to over 90% of U.K. race teams is quite impressive, as is the quality of construction their panels appear to have, as well.

They are available in two colors, green and orange. Additionally, these systems are designed with compact and lightweight transformers that are waterproof and designed to withstand the harsh racing environment.

Although flexible, durable and low-maintenance, this technology is not without its limitations.

For more information or to check-out a kit for your car, visit Surelight.