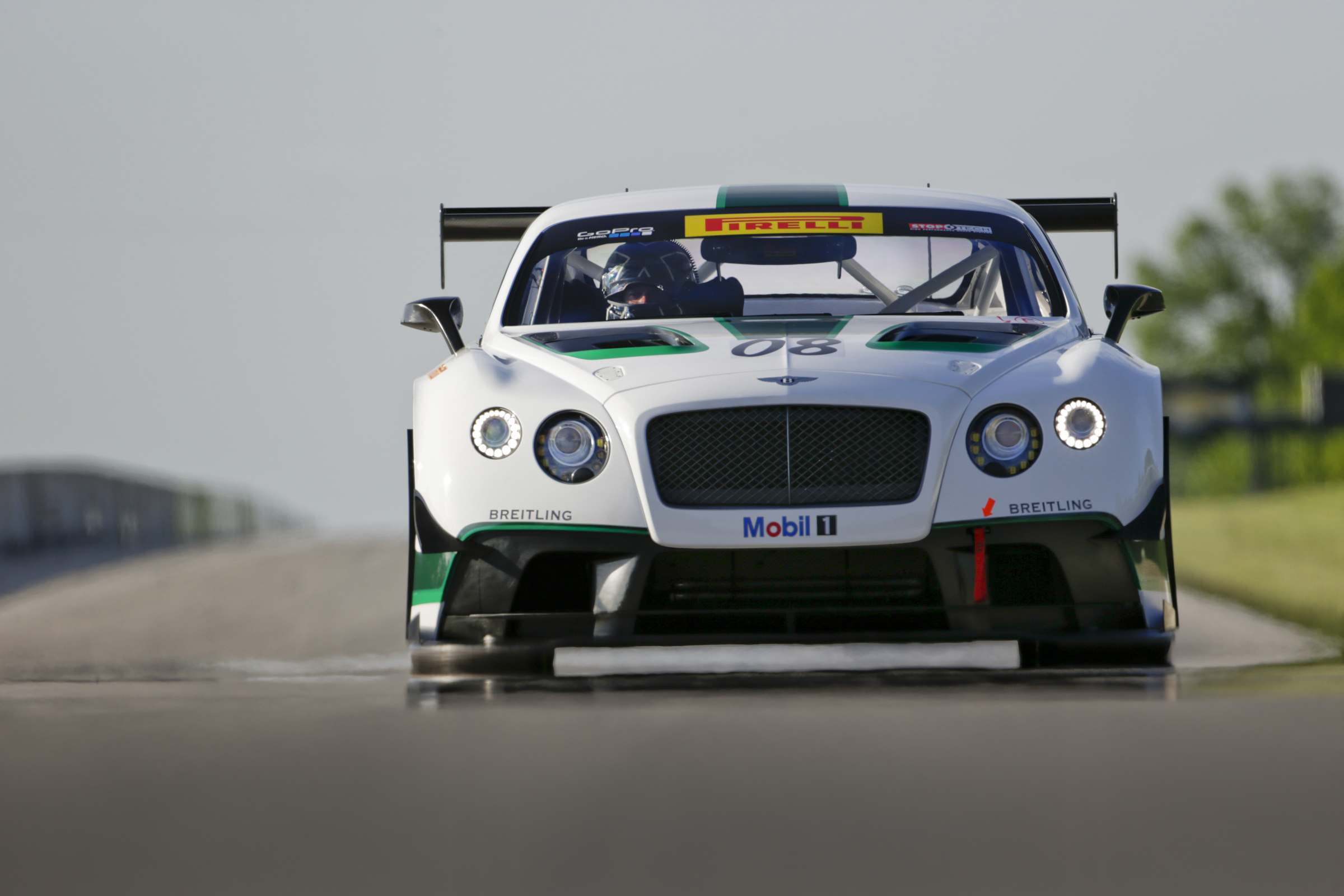 After an absence of more than a decade, Bentley Motors is competing on the racing circuits of North America again, beginning next weekend at the Road America race track in Elkhart Lake, WI. Dyson Racing Team Bentley is fielding a Bentley Continental GT3 in the Pirelli World Challenge with Butch Leitzinger, a championship-winning driver with long-time connections to both halves of the new Anglo-American motorsports partnership, at the helm. Bentley will be taking on the competition in a pair of no-holds-barred sprint races (June 20-21) at one of the continent’s classic road-racing venues. 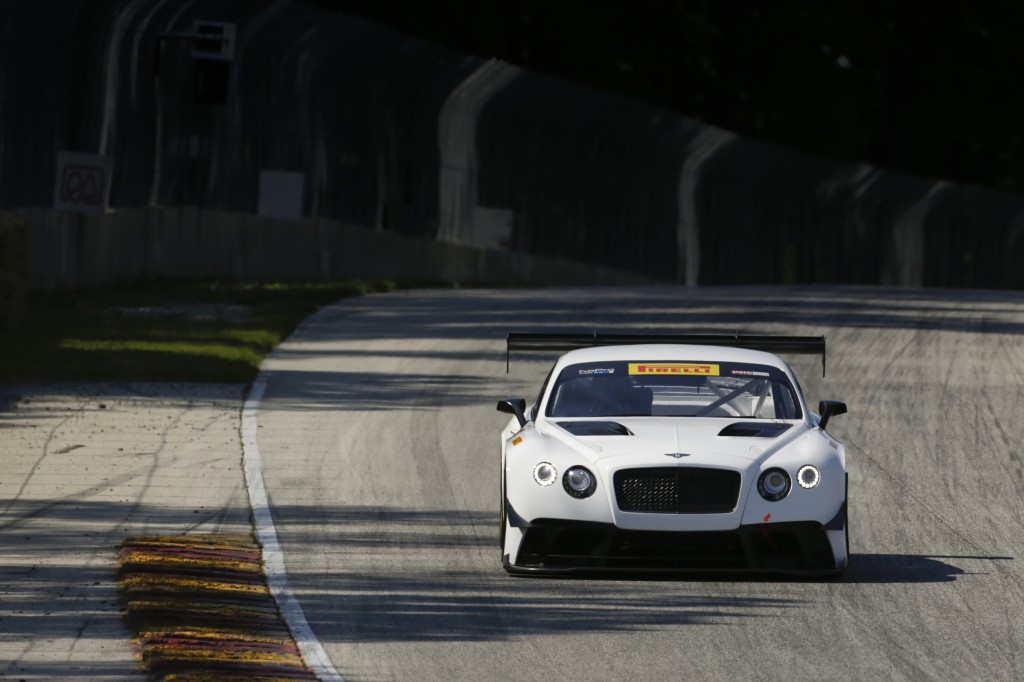 “Motorsport is an integral part of Bentley’s DNA and we’re excited to return to the racetrack in North America,” said Christophe Georges, President and CEO, Bentley Motors, Inc.  “We’re thrilled to work with the successful Dyson Racing organization.  Like Bentley, they have an established and valued history in motorsports.  The team has been hard at work preparing for this first race and we are excited for our customers and fans to see and hear the exhilarating Continental GT3 on the track.”

This marks the return of Bentley Motors to North American racing for the first time since the 12 Hours of Sebring in 2003 when the company’s pair of Bentley Speed 8 racecars took first and second in the Le Mans GTP class.  This will also be the Dyson team’s first race in the 2014 season, having most recently competed with a Lola prototype sports car at the ten-hour Petit Le Mans at Road Atlanta in October 2013. 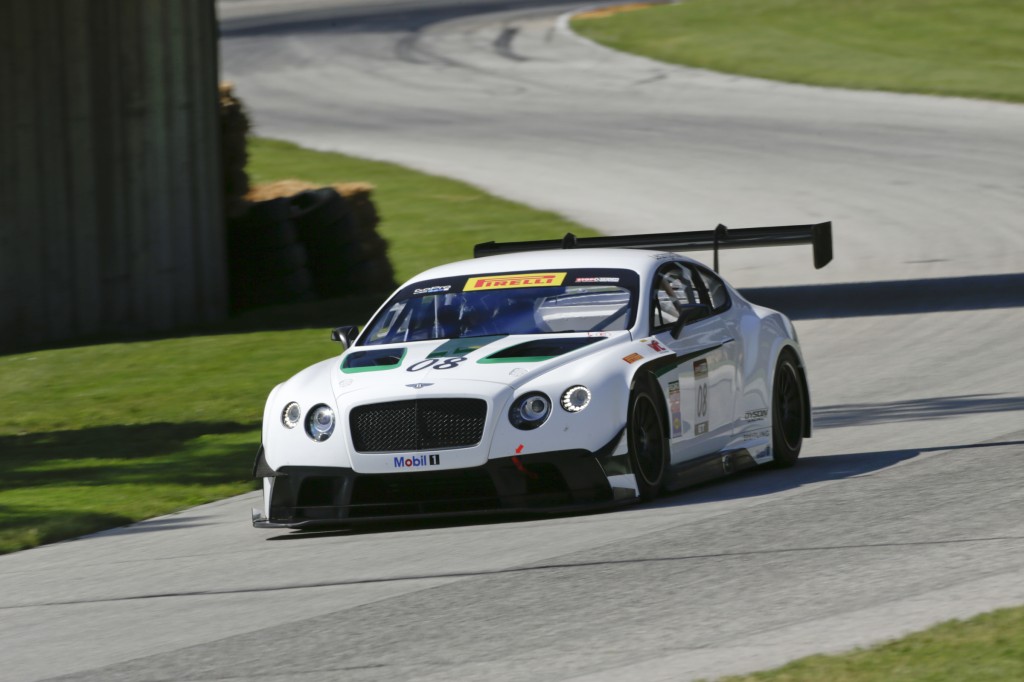 In April, Bentley Motors announced a multi-year agreement with Dyson Racing to support the company’s motorsport activities in North America. Dyson Racing Team Bentley will compete with Bentley’s Continental GT3 in the second half of the Pirelli World Challenge in preparation for a full season of competition in 2015.

“Racing a production-based car is a new challenge for our team,” noted Chris Dyson, Vice President and Sporting Director for the team. “And we’re proud to be taking on this task in conjunction with our new partners at Bentley Motors. We know we’ll be facing strong competition in the Pirelli World Challenge, but our first test with the Continental GT3 went very well and we’re confident we’re bringing an excellent race car to Elkhart Lake.” 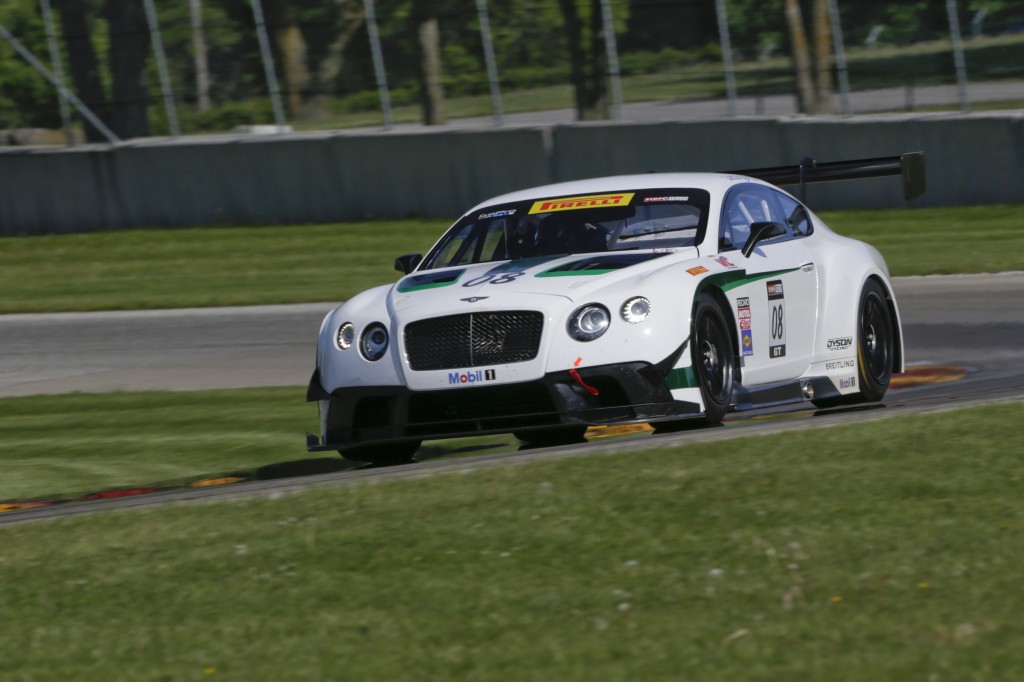 Road America will also mark the return of Butch Leitzinger to the Dyson Racing roster.  He has shared 20 years of history with the team and first drove for Dyson Racing in the 1995 24 Hours of Daytona. Leitzinger has a strong record with Bentley, racing for the British team in the 2001 and 2002 24 Hours of Le Mans.

“Working with both Bentley and Dyson together is a happy development for me,” said Leitzinger, whose lengthy professional racing career includes numerous victories in both prototype and production-based race cars. “Chris and Rob (Dyson, the team’s founder and president) had been speaking with me about an undefined project they had in mind and I was of course interested in renewing my relationship with them and the team. I also knew that Bentley was getting back into racing with a racing version of the Continental. To my surprise these two projects turned out to be the same – and happily, I’ll be driving.” 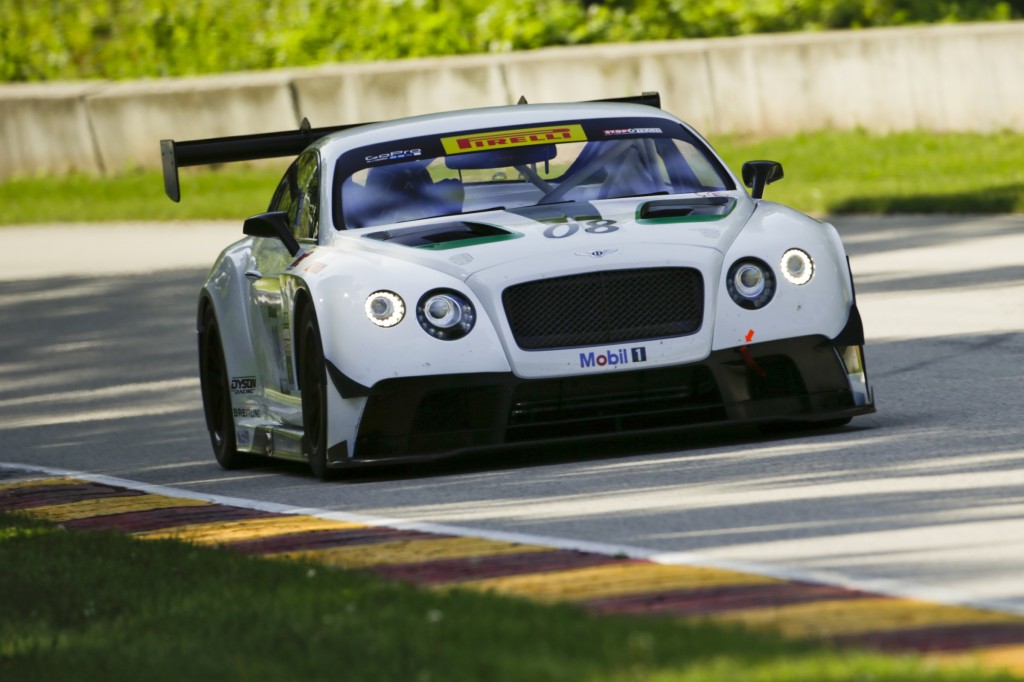 Leitzinger noted that the well-established relationship he has with the Dyson technical staff will help get the effort up to full speed quickly despite joining the series near the mid-point of the season.

Driving assignments for the four race meets following Elkhart Lake will be shared among Leitzinger, Dyson and Guy Smith, who has been a “Bentley Boy” since he won the 2003 24 Hours of Le Mans in the Bentley Speed 8.  Smith also drove one of the Speed 8s at their last American appearance at Sebring in 2003.  In addition, Smith was a development driver for the Bentley Continental GT3 program and races a Continental GT3 in the European Blancpain Series. He drove the winning car at the series’ most recent round at Silverstone, giving Bentley their first-ever win at the famous track and Bentley’s first victory since Le Mans in 2003. 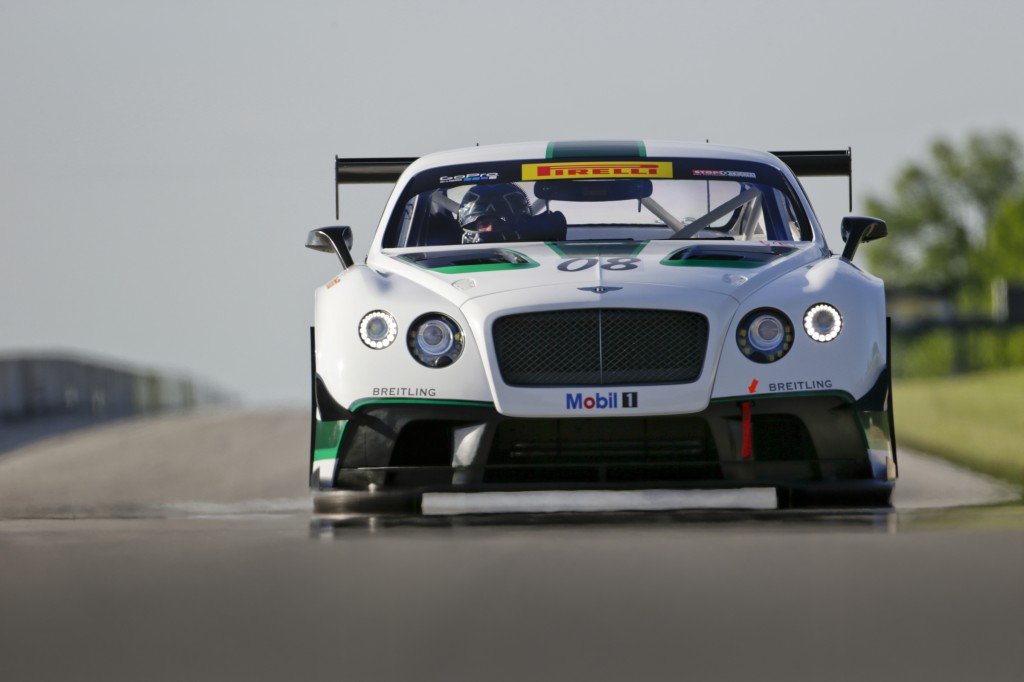 “Selecting the drivers for this Anglo-American program was the easy part,” Dyson said. “Both Butch, who’s American and Guy, a Brit, have strong and enduring ties to Bentley and to Dyson Racing. Most importantly, they are both experienced veterans who are fast and who know how to win. The Pirelli World Challenge races are all sprint events, so the racing is flat out from the start and a driver has to be able to get to the front quickly and still bring the car home in one piece. Both Guy and Butch can do that. They are a formable pair for sure.”