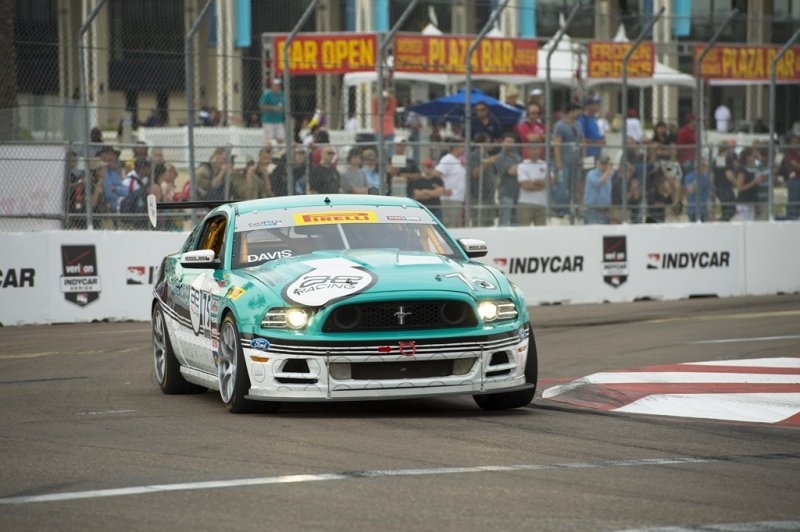 Los Angeles, Calif. – Always Evolving Racing closed its inaugural season in 2013 in the Pirelli World Challenge GTS class with great optimism and some encouraging successes rare for a brand new team. In fact, their owner and captain Roger Rodas was just shy of winning the Rookie of the Year due in part to a shortened season.

But the promise of Always Evolving Racing’s first season ended in devastating tragedy. Rodas and his close friend- Actor/Producer Paul Walker – were killed in an accident involving their Porsche Carrera GT following a charity event at their facility.

Not surprisingly, the future of the team was in doubt without Rodas – Always Evolving’s visionary. Yet in grief, the team found strength in a mutual passion to continue the pursuit of Rodas’ vision. The Always Evolving family has regrouped to compete for a championship and sustain their support of several outstanding non-profit organizations. “Just as Roger had always envisioned,” says Chief Operations Officer Veronica Rodas-Miller. The team has established “Racing in Honor” as their internal mission for the 2014 season in Rodas’ memory.

Roger Rodas built Always Evolving Racing to bring all his personal passions together “like a family,” as he liked to say. A successful financial advisor and entrepreneur, he felt a personal obligation to give back to the community. With Always Evolving, Rodas created a platform to combine his philanthropic efforts with his passion for family, friends, clients and racing. Designated charities for the 2014 season include Mustard Seed Ranch, which serves children who have been neglected, abused, orphaned, and in need of a loving family environment; and Dream Rides for Kids, a Los Angeles based non-profit organization dedicated to instilling self-worth, confidence and hope to at-risk youth using the motivational inspiration of exotic cars and their owner-mentors.

Erik Davis, Roger’s close friend and teammate, has assumed the role of team owner and captain of Always Evolving Racing. “Roger was one of the finest people you could ever meet. But he was also extremely competitive. He won Hard Charger, Clean Start and Best Standing Start last year,” Davis explains. “He wouldn’t be satisfied for us just showing up this year. Roger would expect us to win races and fully support our charities – nothing less,” Davis says with a wistful smile. Davis starts his sophomore season riding in the #75 Ford Mustang Boss 302S which sports the team’s unique teal and white colors.

Always Evolving has added noted driving professional David Sterckx for the 2014 season. Sterckx has been racing cars for over 12 years having competed in road and rally racing. In rally he won the 2011 Belgium Championship in Group N D2. He entered Rally America competition in 2011 before running his first full Rally America National Championship season in 2012 where he finished 2nd in the Super Production Class. In just his second year, he won the Super Production championship in Rally America. Sterckx has also placed 2nd in the FIA GT 24 Hours of Spa in a Lister Storm Jaguar in 2002 and won the 2003 Miles of Spa in a Jaguar. Sterckx says he is “proud and honored” to carry Rodas’ #52 on the Ford Mustang Boss 302S.

Off the track, Rodas’ sister Veronica Rodas-Miller will continue to perform as COO. “This is obviously a very personal mission for me,” Rodas-Miller explains. “We all feel a special obligation to keep Roger’s vision going.” She is quick to note the support of their sponsors for the upcoming 2014 season. “Without the continued support of our sponsors the pursuit of Roger’s goals would be impossible.”

“Roger is always in our hearts and thoughts, and continuing Always Evolving Racing is our way of celebrating his life and honoring his vision.”

Always Evolving Racing is a professional motorsport team competing in the Pirelli World Championship Series. Based in Los Angeles, the team was founded in March 2013 by friends Roger Rodas and Erik Davis as a platform combine their passion for cars and their desire to support their favorite charitable organizations. Following Rodas’ tragic passing in November 2013, the team has established “Racing in Honor” as their internal mission for the 2014 season in his memory.