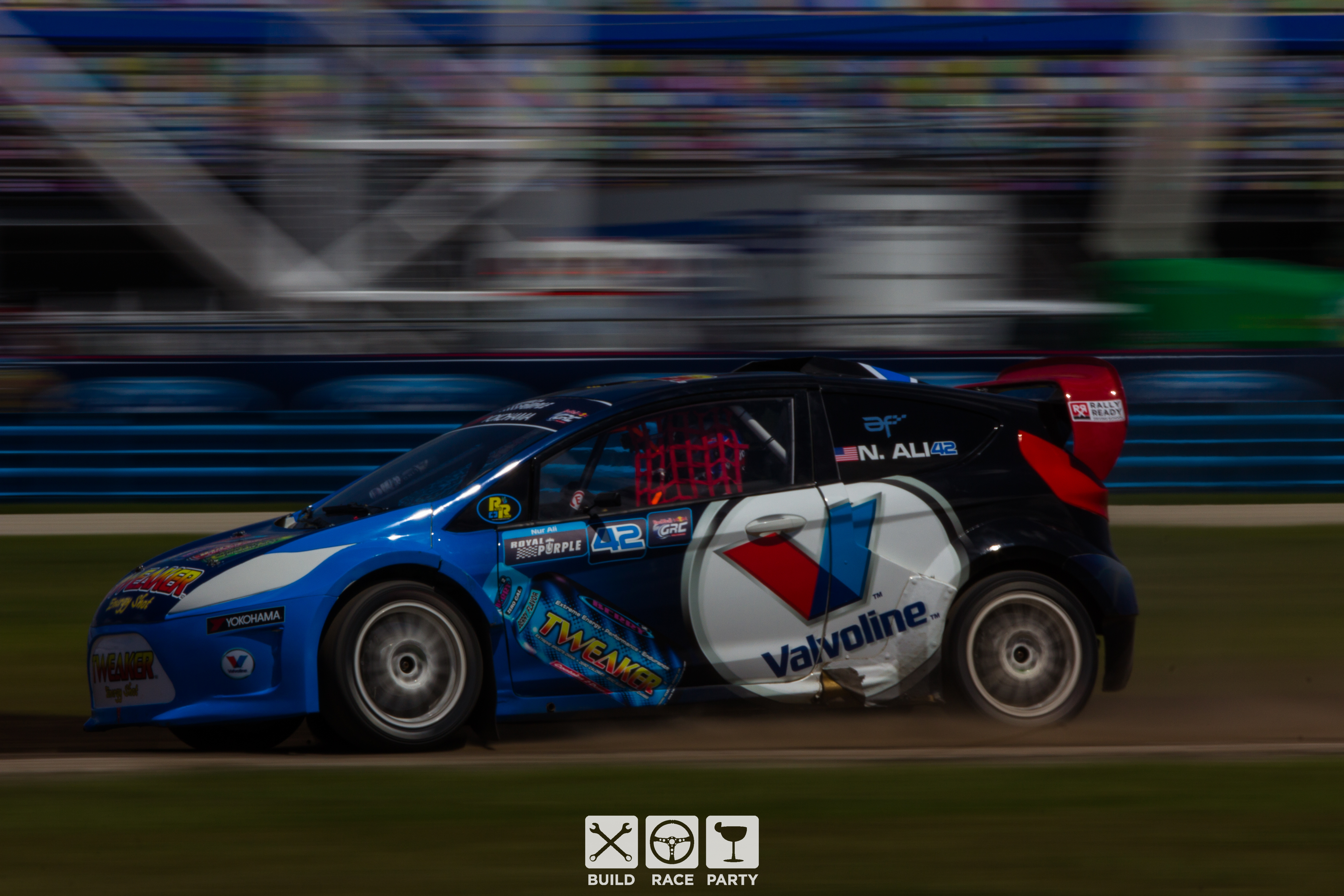 Nur Ali’s weekend at Red Bull Global Rallycross Daytona can be described in two words – roller coaster. Despite the peaks and valleys, the GRC Lites rookie gained valuable rallycross experience and with a sixth and ninth place finish in the finals, he sits firmly in sixth place in the championship standings. 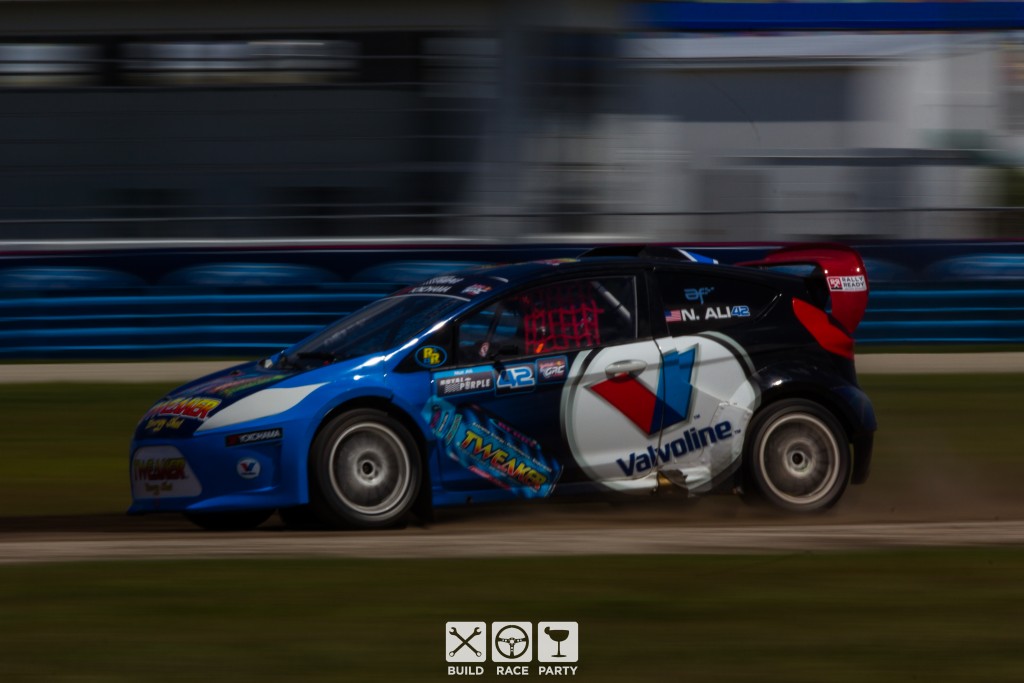 “Daytona was supposed to be a homecoming but it certainly didn’t feel like it,” said Ali, who had two previous starts at Daytona on the 2.5 mile superspeedway.

In round one, Ali struggled to find his rhythm on the tricky dirt section of the 0.931 mile course. Add to that a broken drive shaft in heat two and a penalty for changing lanes on the start in the Last Chance Qualifier (LCQ) and you have the makings of a frustrating day. In the final all that changed. The Trophy Club, TX resident found his stride and battled hard for eight laps and scored his second consecutive sixth place finish. 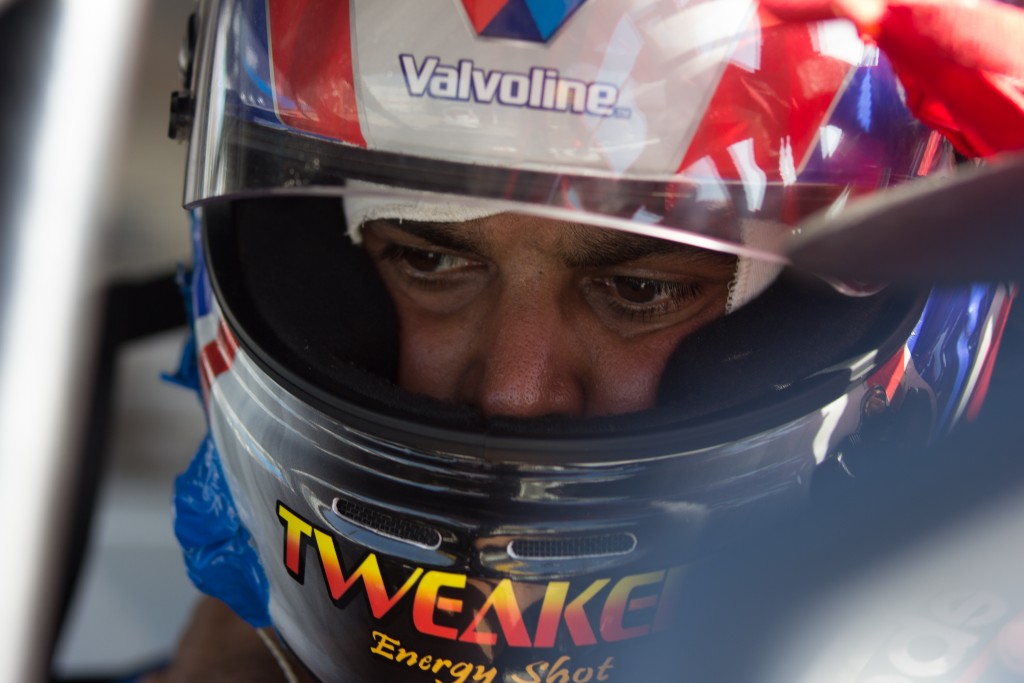 The second round of the doubleheader event started strongly for Ali with a solid third place finish in heat one. The elation was short lived though as he struggled in heat two and was forced to compete in the LCQ.

Ali needed a fourth place finish in order to transfer to the final. On the start, he quickly moved to second place but on lap two his chances looked bleak after he got into the back of Harry Cheung. The impact caused significant damage to the front of the No. 42 Valvoline/Tweaker Energy Shot entry. A dislodged hood limited Ali’s ability to see and he dropped back to fifth place. With a never say die attitude, he charged on and managed to take the checkers in third place. 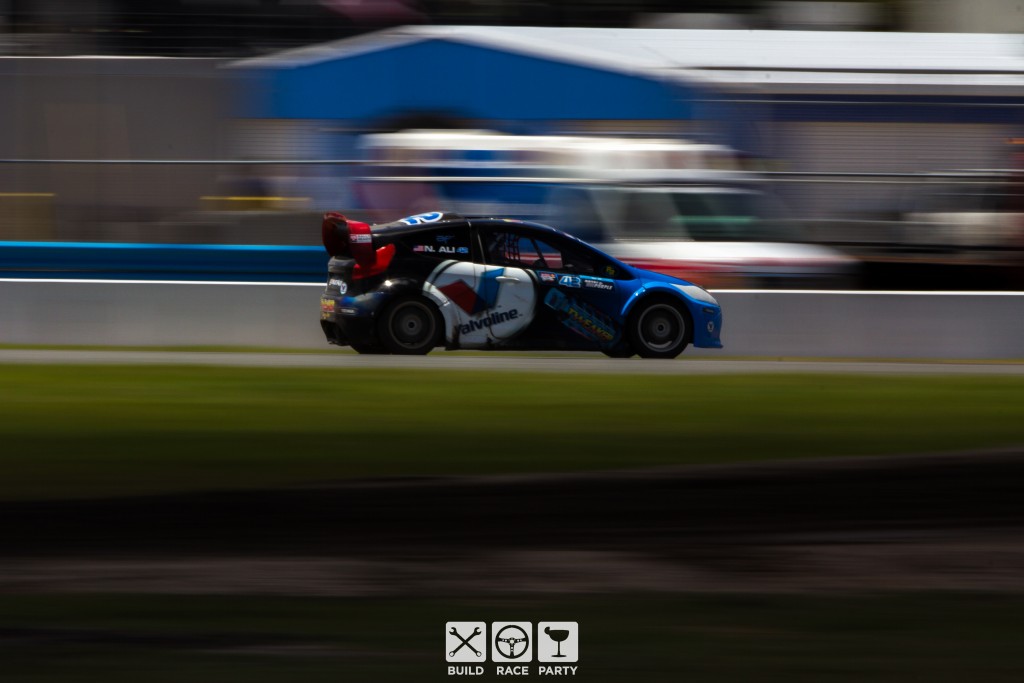 In the final, Ali didn’t hold back. He quickly worked his way to the fifth position but a incident in turn one shuffled him to the back of the 10 car field. With only a few laps remaining, Ali hit his marks and made his way to ninth place at the checkered flag. “Even though the results were mixed there was a lot of good that came out of the weekend. Prior to these rounds I basically had no experience on dirt since Ft. Lauderdale was mainly asphalt. I now have a much better understanding of rallycross and what to expect for the rest of the season. I also discovered how solid my team is. No matter what happened, Aldo and the AF Racing guys overcame it. I can’t thank them enough.”