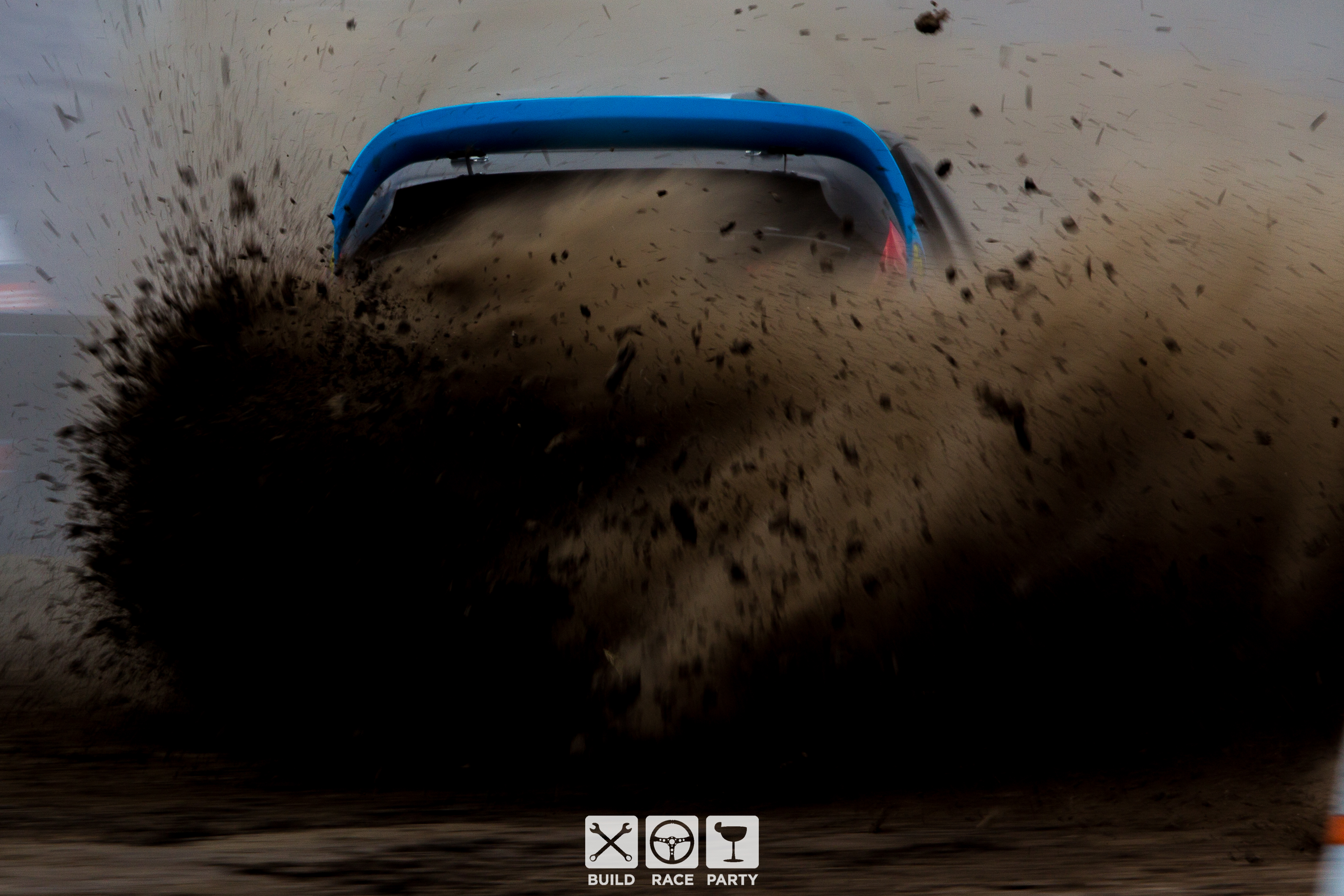 SATURDAY RECAP: Patrik Sandell, Ken Block, and Jeff Ward qualified 1-2-3 and eventually lined up on the front row for Saturday’s main event, setting up a battle between three M-Sport Fords on the front row. But contact between all three drivers heading into the dirt hairpin opened the door for the field to push through, with Foust—who had missed most of Friday’s sessions with mechanical issues—claiming the lead.

Behind him, Austin Dyne found himself in second, with the Olsbergs MSE pair of Joni Wiman and Sebastian Eriksson chasing him down. Eriksson took the joker to briefly grab second place on the final straightaway, but a heavy charge from Dyne at the last second allowed him to reclaim the spot in a photo finish. 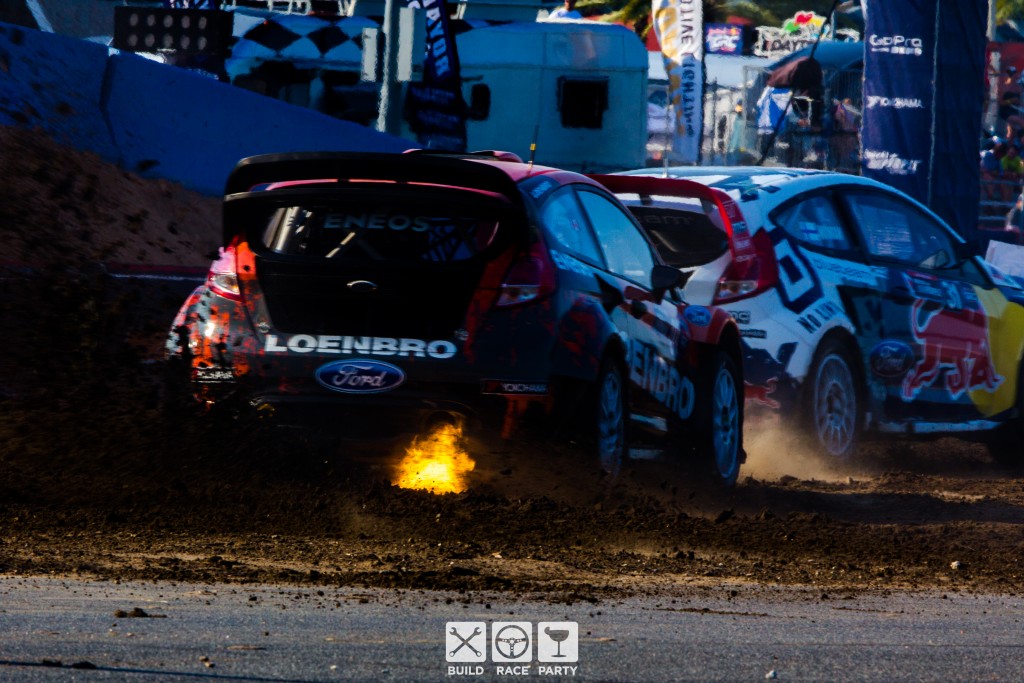 SUNDAY RECAP: Ward qualified on Sunday’s pole and won one of his heats, but it was Eriksson and Block who took the top two spots heading into the main event. The Swedish rookie dove into the Kobalt Tools Joker Lap at the start of the race to get a hold on the lead position, but behind him, the other two podium places were anything but settled.

Block, Ward, Steve Arpin, and Scott Speed all spent time in a top-three spot, but contact between Ward and Speed eliminated the Volkswagen Andretti Rallycross Beetle from contention. As Block settled into second, Ward eventually climbed back up to third, but a rough driving call against him allowed his Canadian teammate to take the third and final step on the podium.

UNOFFICIAL RESULTS: The results from Saturday’s Red Bull Global Rallycross Daytona (I), the second round of the 2015 Red Bull GRC season:

QUOTES: A selection of quotes from Sunday’s Red Bull Global Rallycross Daytona (II), the third round of the 2015 Red Bull GRC season:

Sebastian Eriksson, Driver, #93 Red Bull Olsbergs MSE Ford Fiesta ST: “This is an iconic track. If you watch NASCAR at home in Sweden, it’s all about the Daytona 500 and that is the biggest race for me. And to be here on this track and to be able to win, it is just amazing.” 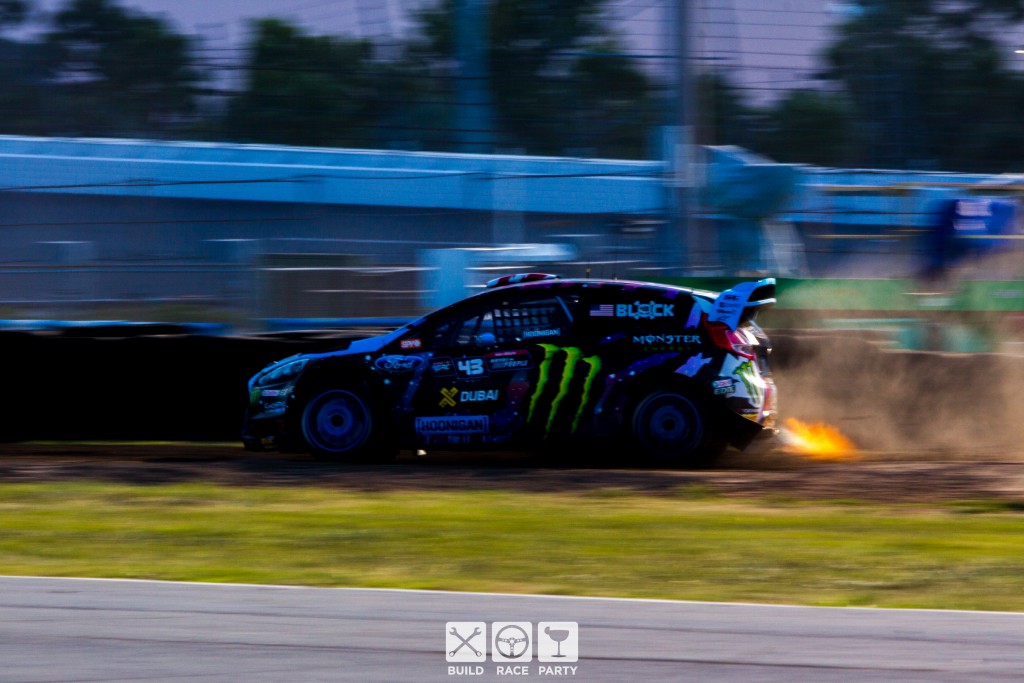 Ken Block, Driver, #43 Hoonigan Racing Division Ford Fiesta ST: “First lap — actually, all the first couple of laps — I kept getting hit in every one of the dirt corners. And then, eventually Arpin got into me too, and I gave it back to him. But it was a good challenge. Sebastian drove great—I wish I could’ve raced at him a bit more, but I was really defending behind me. But hey, he did a great job and so did Jeff Ward, you know, racing with that dude—I raced dirt bikes when I was a kid, and he’s one of the dudes I looked at in magazines and was one of my heroes for dirt-bike racing, so it was cool to be out there on the track with him. It was a really fun event. I wish yesterday had gone a little better, but, you know, at least we could come away with some points today, and that made up for a little bit.”

Steve Arpin, Driver, #00 Chip Ganassi Racing Ford Fiesta ST: “It was definitely exciting. Mr. Block and I had a little bit of contact earlier in the race and I accidentally got into him a little bit too hard, and so we had to give it back—I didn’t deserve that pass. But I bent my front end up a little bit and the car just would not turn around that first corner, or last corner, whatever you want to call it. And so that last corner, I just went in there and I held the bottom just to protect it, and I was down in the grass as far as I could go and I think he wanted to make a sharper corner of it than it actually was. So it’s just kind of one of those deals. I hate it, because Jeff Ward, this was his first race with us. He did an incredible job all weekend long, but our Loenbro guys, all the Ganassi guys, they deserved this podium. They work their tails off. This first stretch of races here has been hard on all of our guys—I’m sure these guys can attest. We struggled for the first day and a half, two days here and it’s honestly incredible to be sitting here on the podium.” 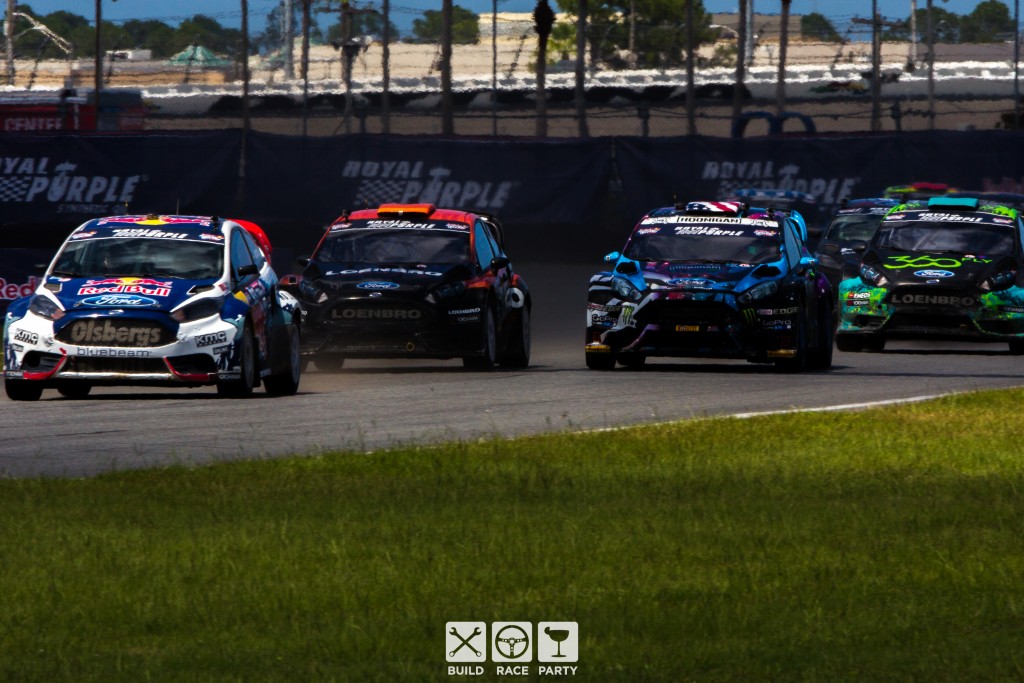 FAST FACTS: A collection of facts from Saturday and Sunday’s Red Bull Global Rallycross Daytona, the second and third rounds of the 2015 Red Bull GRC season:

Sebastian Eriksson earned his first Red Bull GRC Supercar podium on Saturday and his first victory on Sunday. With Sunday’s victory, he became the only driver to earn the podium in both Daytona rounds in either class. Eriksson’s victory was also the first Supercar win for Olsbergs MSE since June 22, 2014, when Patrik Sandell won in Washington DC.