After a strong performance in its inaugural season, the Volkswagen Andretti Rallycross team is ready to challenge for this year’s driver and manufacturer titles in the Global Rallycross Championship. In 2015, the team will be on the attack with two Beetle GRC race cars, which debuted in the final races of 2014. 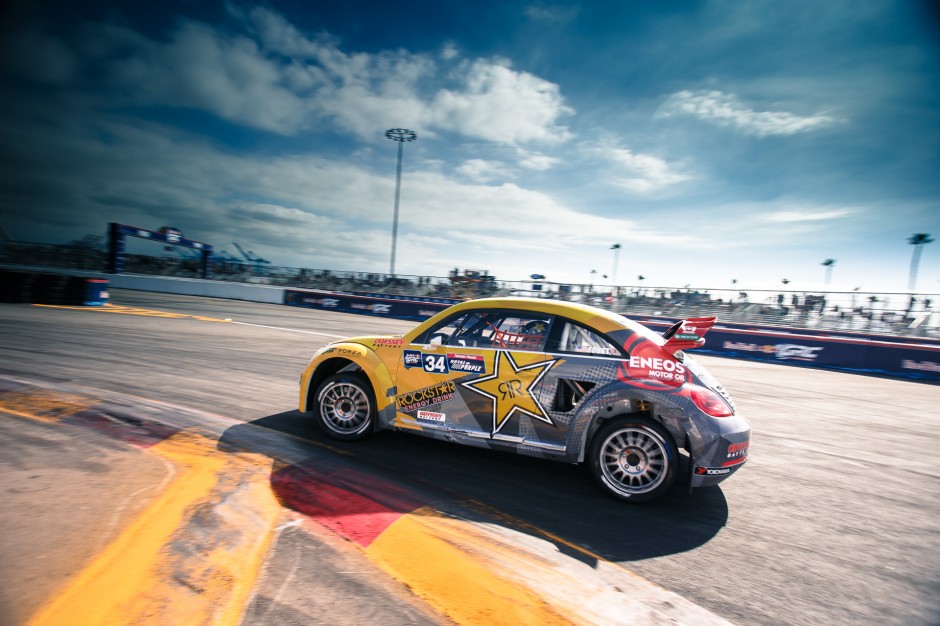 The race cars were designed and engineered specifically for the Red Bull Global Rallycross series. The Beetle GRC technical highlights include a 544 horsepower, 1.6-liter four-cylinder TSI® turbocharged and intercooled engine, which is mated to a sequential six-speed transmission and a fixed-ratio all-wheel-drive system. With this race-ready configuration, the Beetle GRC is expected to reach 60 mph from rest in 2.1 seconds, as fast as a Formula 1 race car.

Scott Speed will be returning to the team after recording three victories in the 2014 season and earning third in the 2014 driver’s championship. Prior to rallycross, Speed competed in Formula 1 in 2006 and 2007, and NASCAR between 2008 and 2013.

“After racing the Beetle GRC in the season finale last year, I couldn’t be more excited to run this car for the full 2015 schedule,” said Speed. “Volkswagen and Andretti have done even more development in the offseason and the expectations are extremely high.”

2014 GRC fan favorite Tanner Foust will again be racing the No. 34 Rockstar Energy Drink Volkswagen Beetle GRC. Foust, GRC champion in 2011 and 2012 and runner-up in 2013, is also widely recognized for his rally driving skills, his stunt driving, and hosting the U.S. version of “Top Gear”.

”With several races in the Beetle GRC last year, the team has built a solid foundation for the 2015 season,” said Foust. “Volkswagen and Andretti are a winning combination, and I’m sure we’ll be challenging for the championship by the time we get to Las Vegas in November.”