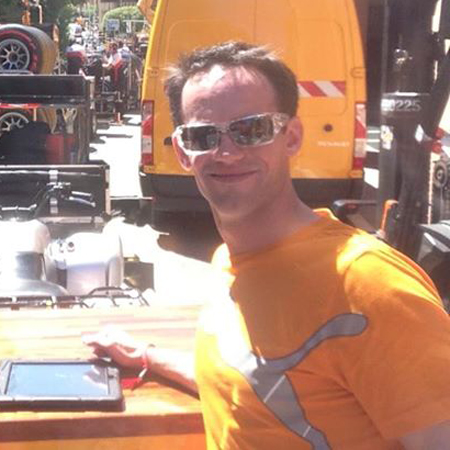 In his first attempt at modifying German cars, he removed all of the valve stems from his father’s Porsche 914 at the age of 3. At the age of 9, he kissed first BMW (an E30 318i, no doubt). And, at the age of 17 he welded (very poorly) a front cage for his 1984 Jeep Scrambler. Thankfully, he never rolled it. Shortly after graduating college, he started instructing high performance driving schools and began his racing career in a D-modified-class BMW with the BMW Car Club of America.

After a year and several podiums he became interested in the Spec E30 class with NASA. Although it took awhile to have a car ready (several years, actually, as he found partying along the way), Hans has been racing in the series since. A lover of racing, fine bourbon and good beer, John “Hans” Ackerman is always looking forward to the next event: ready to Build. Race. Party.