Rally America Central Region 3rd place over all finishers Samir and Rachelle Kaltak traveled all the way from Cedar Springs, Michigan to Wellsboro, Pensylvania’s Susquehannock Trail Performance Rally(STPR) for their first rally of the 2014 season.

The first day’s events proved difficult for the team, the car wasn’t feeling quite right, and was unresponsive, their front dampers needed to be rebuilt.  Despite that, they still manged to push through the first 5 stages of the day.

On SS1 they pushed their 1997 Subaru Impreza hard enough to lift off at the big jump. 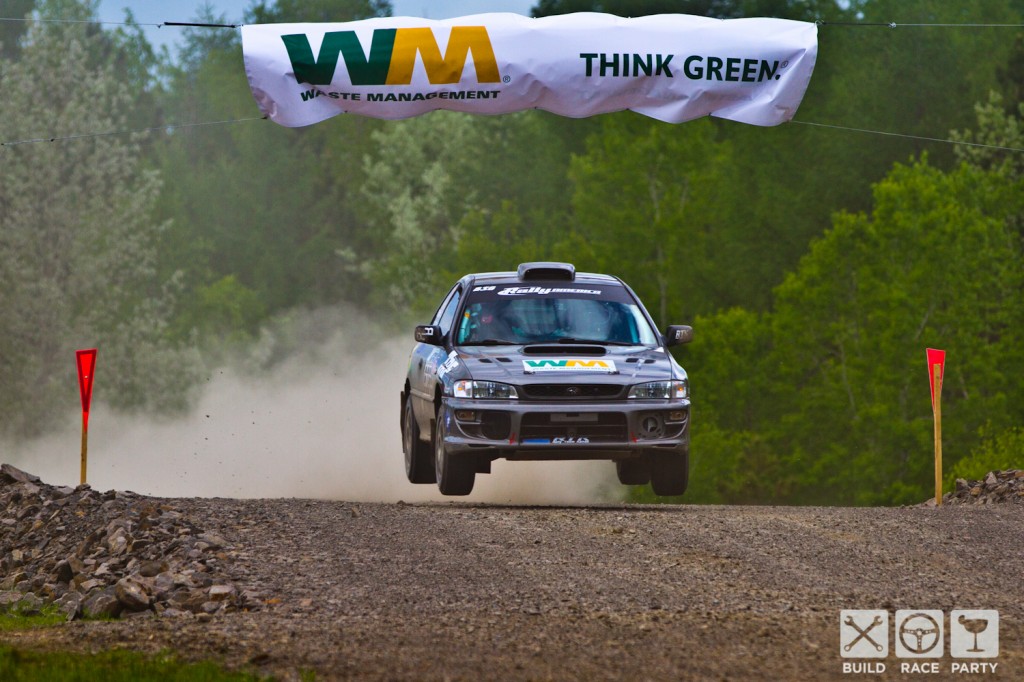 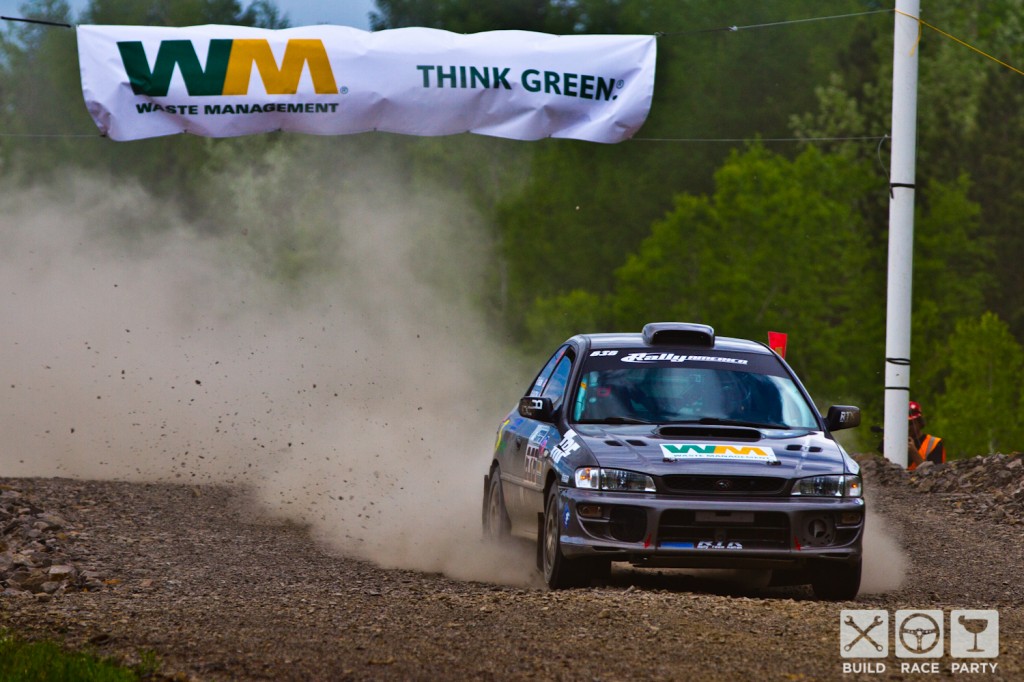 At the Tioga fairgrounds stages 4 and 5 the Kaltak’s got in both their runs before the stages were canceled due to excessive dust. 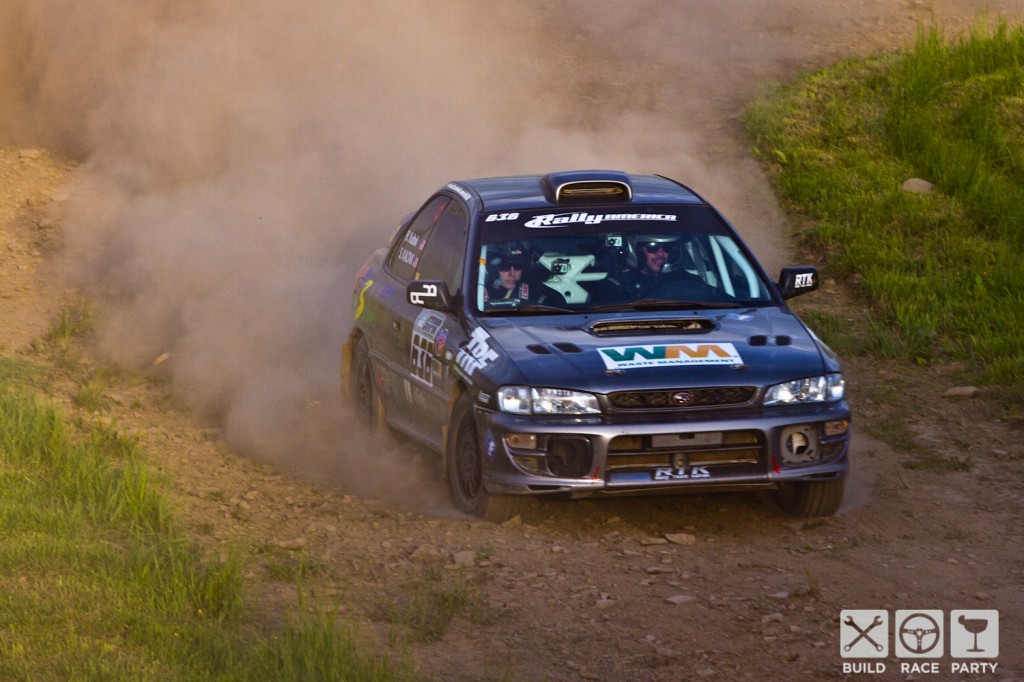 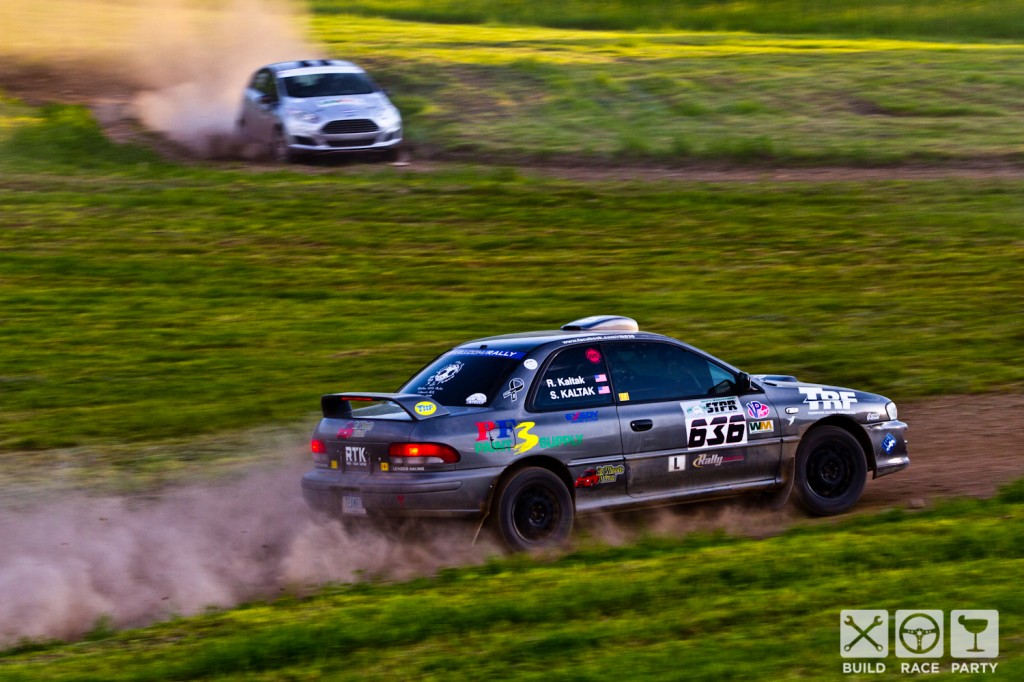 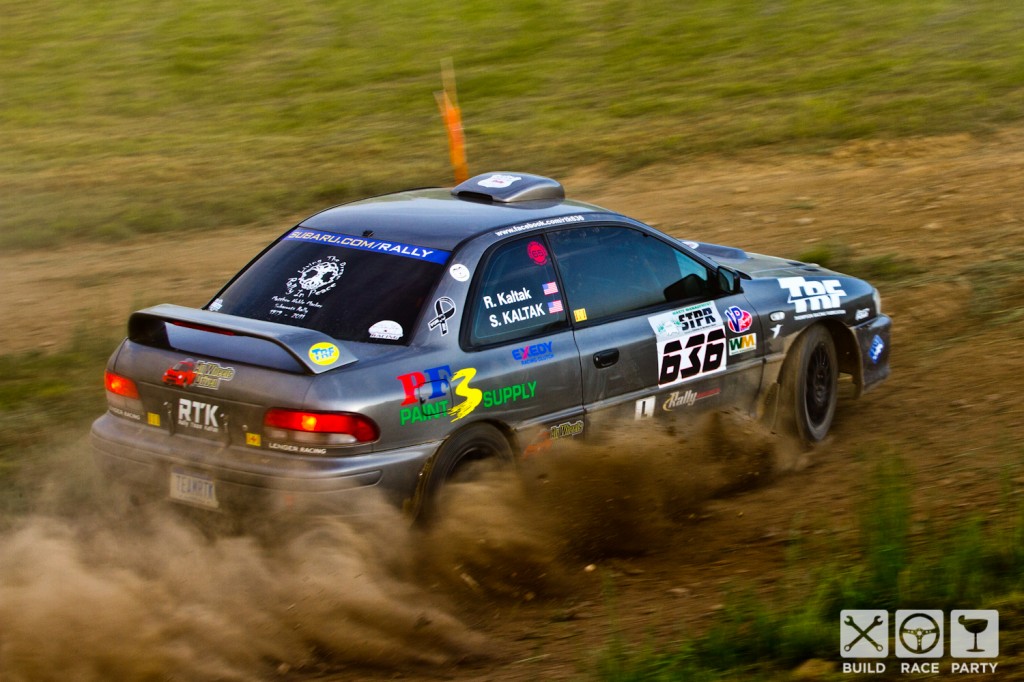 That night the team headed to All Wheels Driven to rebuild their dampers.  The team was their until 3:00 AM on Saturday morning and were helped by several different crews also there, fixing their cars after the harsh Friday stages.

Sam and fellow competitor Evan Cline working hard on the first damper of the night. 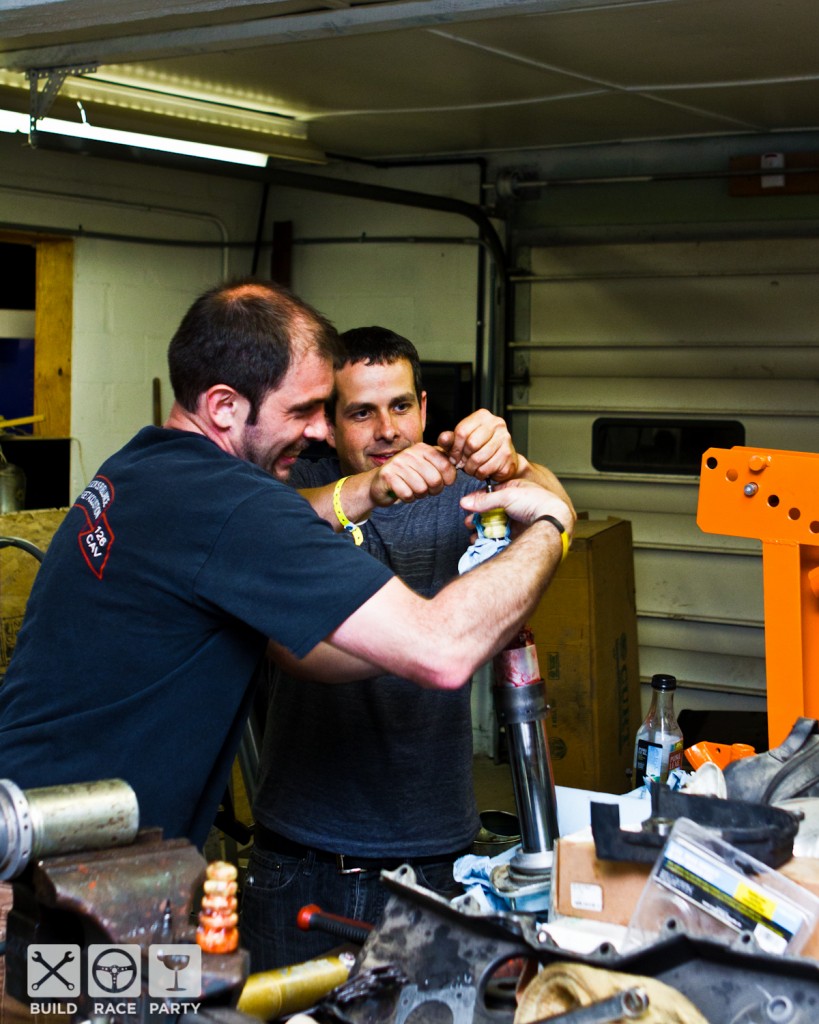 At the start of the second day, the team began stage 6 with trepedation.  Four cars ahead of them had allready gone off on the stage, so the team slowly felt out the stage and the car’s new dampers.

SS7 found the team starting to pick up speed and confidence once again.  The car was completely different, very responsive and Samir was finally getting comfortable breaking and turning in later than he had needed to the day prior. 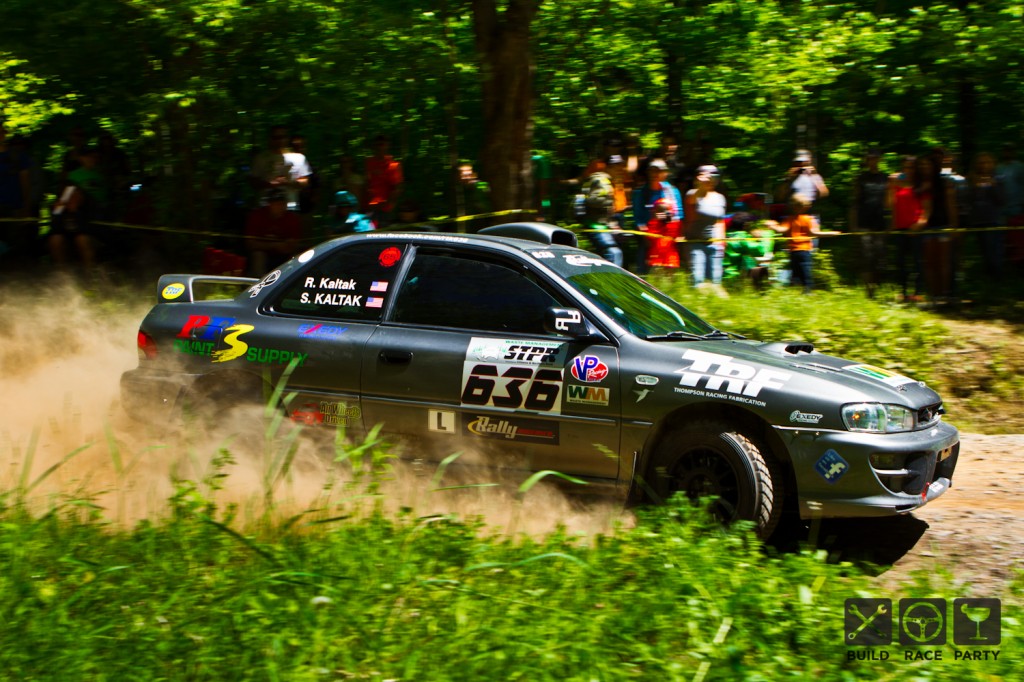 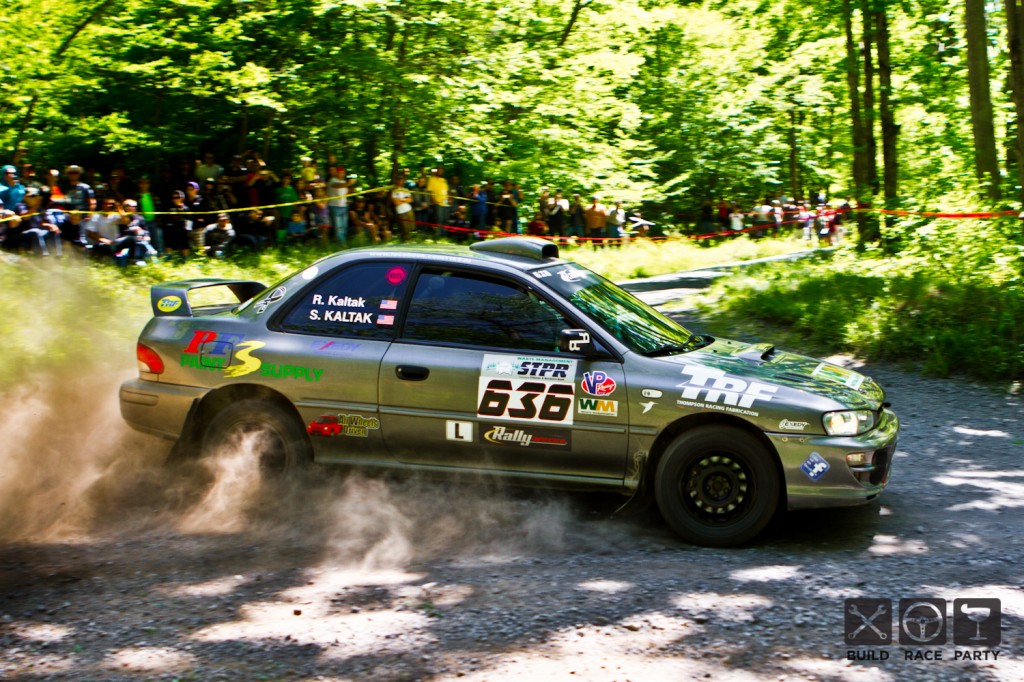 On Stage 8, they 100 mph, their fastest speed since the duo started rallying.  They were really ecstatic with how the car was performing, the rally, and the beautiful weather.

The Kaltak’s pushing through a hairpin on SS12. 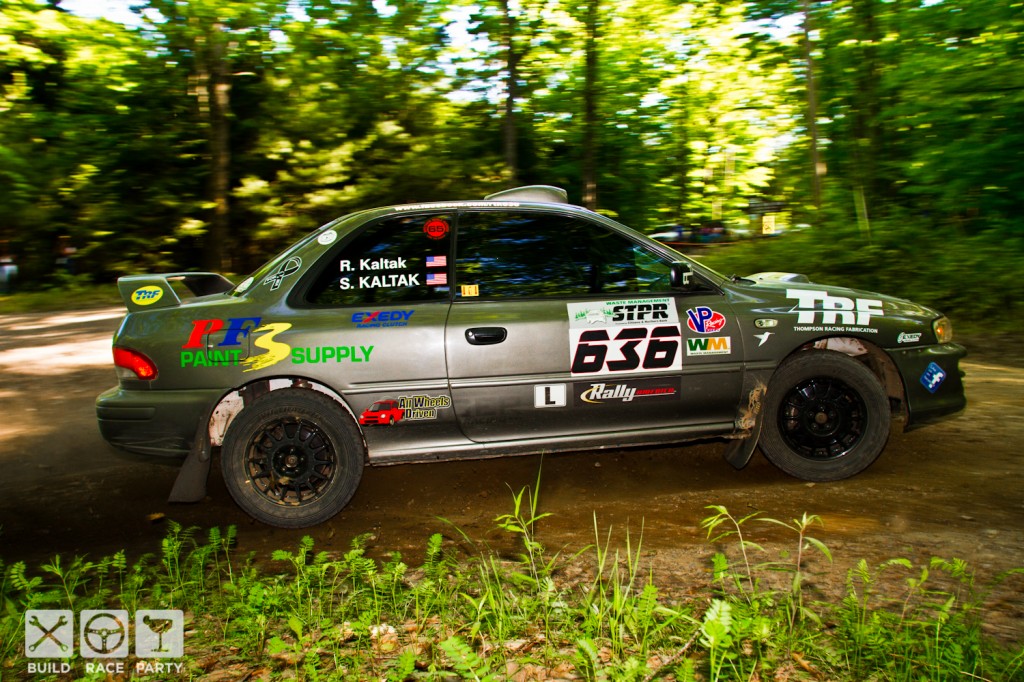 In time control at the Tioga Fiargrounds, before the final head to head stage of the night, I was able to catch up with the Kaltaks once again.  Samir couldn’t put a finger on what was wrong but he wasn’t performing the way he wanted.  The car “did better than [they] did.”  The incredibly technical stages of the day were impossible to find a proper rythim.  Samir will be watching all of their in car videos when they got back to Michigan, until then he would just have to wonder what kept them from performing their best.

Despite the difficult stages, they both really enjoyed the stages, as always, and are looking forward to the 2014 Lake Superior Performance Rally(LSPR).  If you happen to make it out to Michigan for LSPR be sure to keep an eye out for car #636! 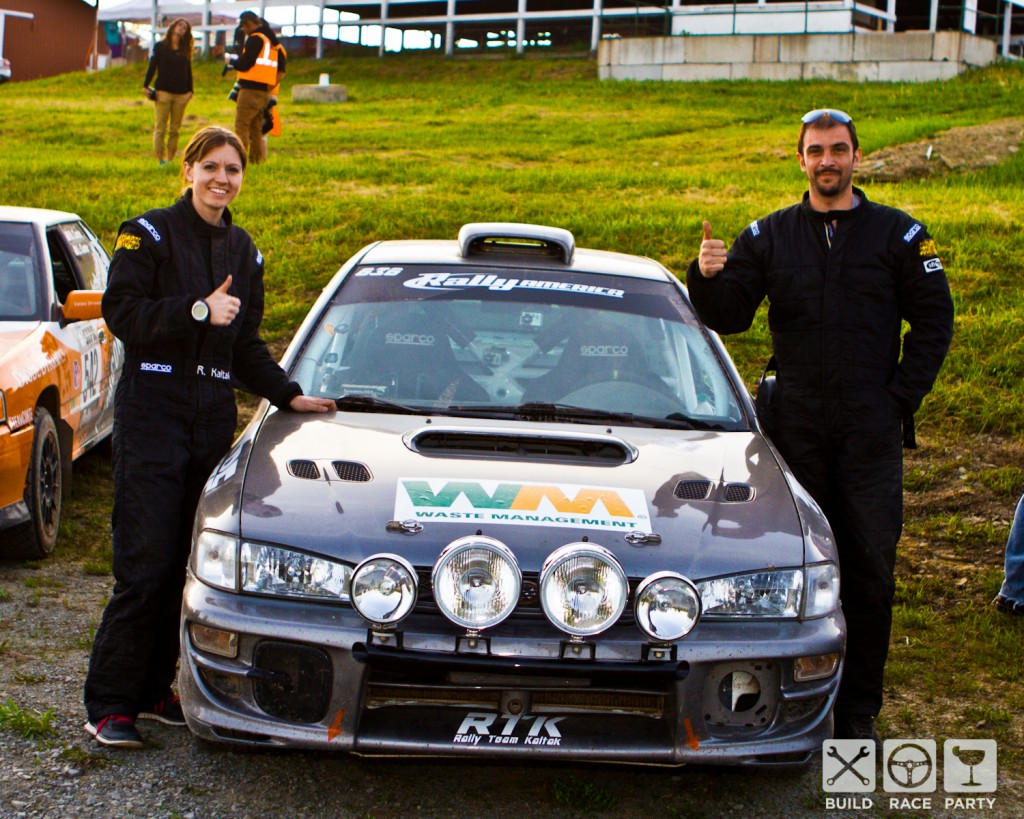 Check out All Wheels Driven: https://www.facebook.com/allwheelsdriven