By the end of 1951, Alfa Romeo had decided to retire from international grand prix competition. During the early 1950s, it would win the first two Driving Championships with its Tipo 158 and 159 racers, and in 1952 and 1953, the famed Disco Volante would astonish the world, as it had an entirely new design. At the same time, Alfa Romeo was developing an intriguing two-litre V-8 prototype engine that was intended for a sporting GT car; however, this project was shelved for the time being. 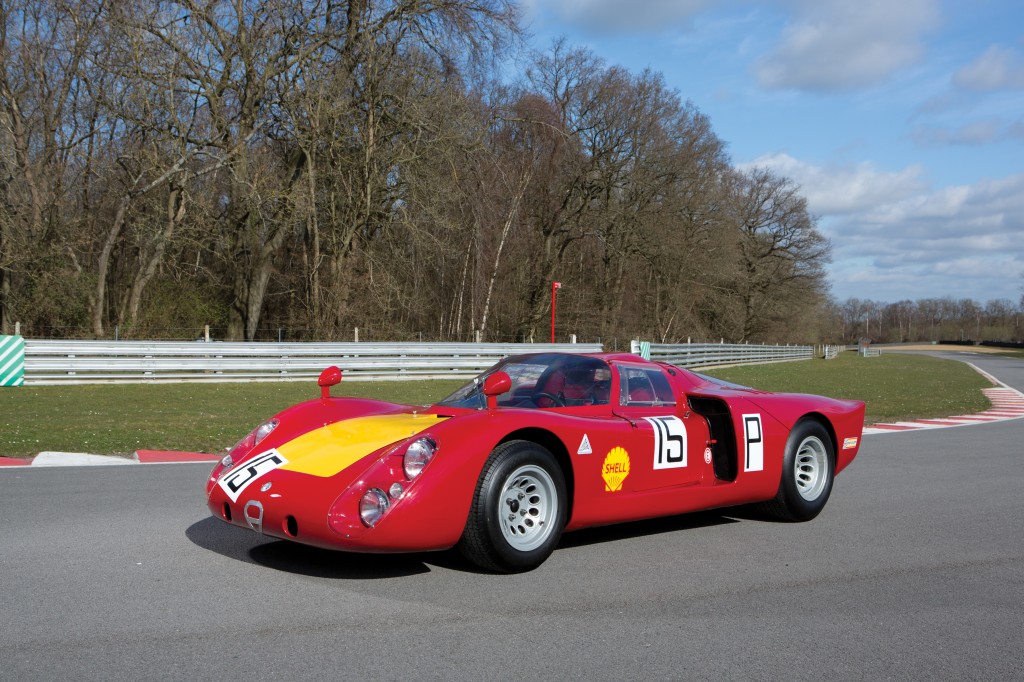 With Alfa Romeo and its competition arm, Autodelta, experiencing much success with the Giulia Coupé derivatives and the TZ and TZ2 throughout the early 1960s, in various touring and GT races, the decision was finally made to return to international sports car racing. The heart of Alfa’s return would be the two-litre V-8 engine, which had been abandoned 10 years earlier. This effort would encompass 11 racing seasons and result in Alfa winning the World Championship in 1977. 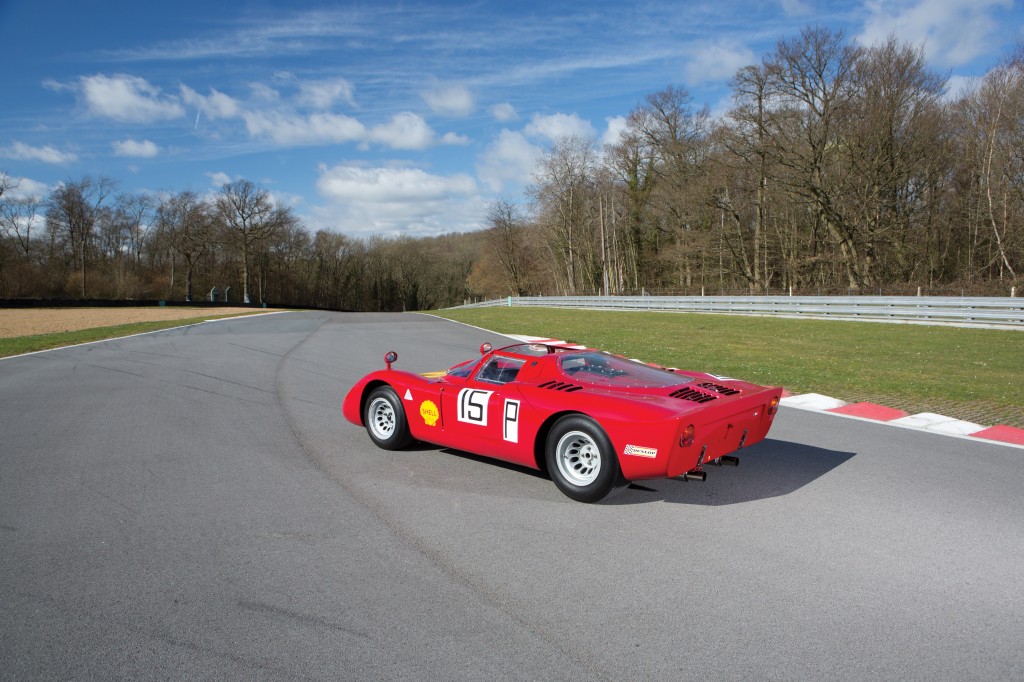 The 1967 Fleron Hill Climb event in Belgium would mark Alfa Romeo’s triumphant return. Their new car, which featured a rather exotic H-shape chassis made of magnesium and aluminium, would finish 1st overall in this event, at the hands of Teodoro Zeccoli. With years of competitive driving experience, Teo had also built up quite a reputation. As the Autodelta test driver, he was actively involved in the Tipo 33 project, as he had allegedly tested every T33 personally. He had also been an Abarth Works driver, as well as a respected Le Mans and hill climb veteran. After its success in Belgium, the Fleron name quickly became associated with this model. 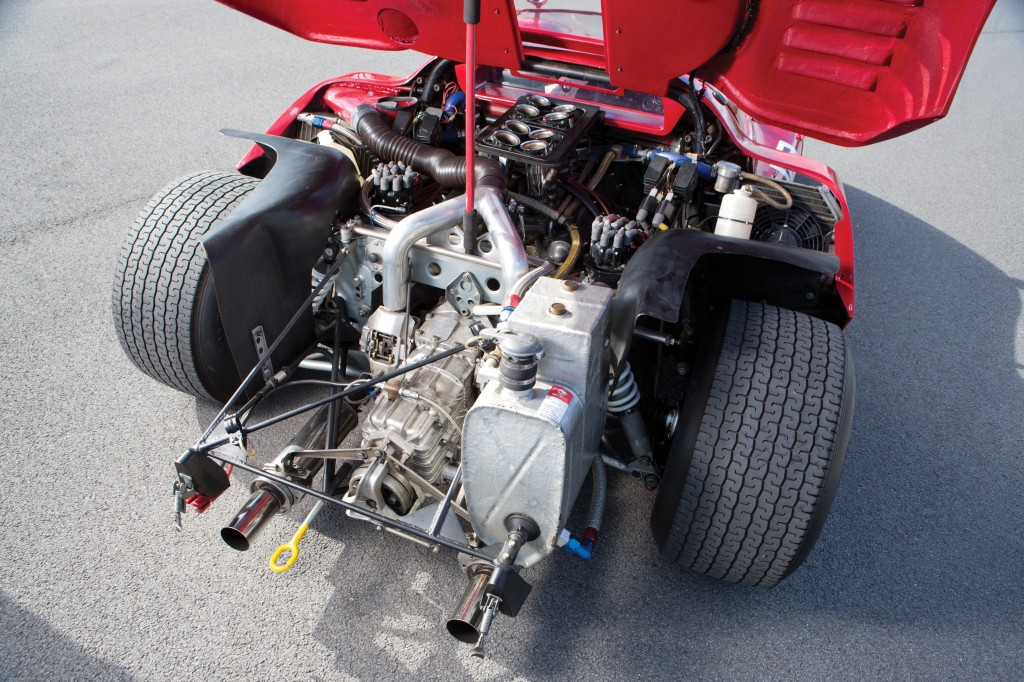 Throughout 1967, Alfa Romeo won four victories, with three taking place in hill climbs and one at the Vallelunga circuit later in the year. 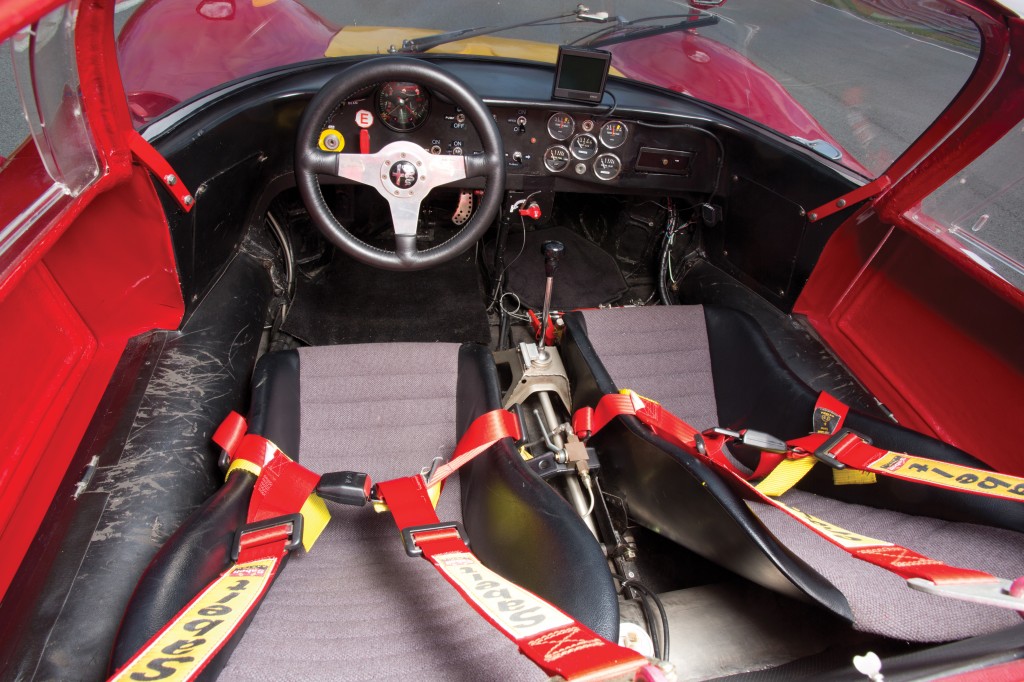 The car offered here was delivered new by Scuderia Autodelta in 1968, and it was campaigned by the Alfa Romeo Deutschland concessionaires team. Chassis 026’s first competitive outing was on 19 May, at the 1968 Nürburgring 1000 KM. The car was driven by Herbert Schultze and Nino Vaccarella, and it claimed an impressive 3rd in class and 10th overall finish. It went on to compete for the remainder of the 1968 season, with Herbert Schultze driving, at mostly European hill climb championship events. 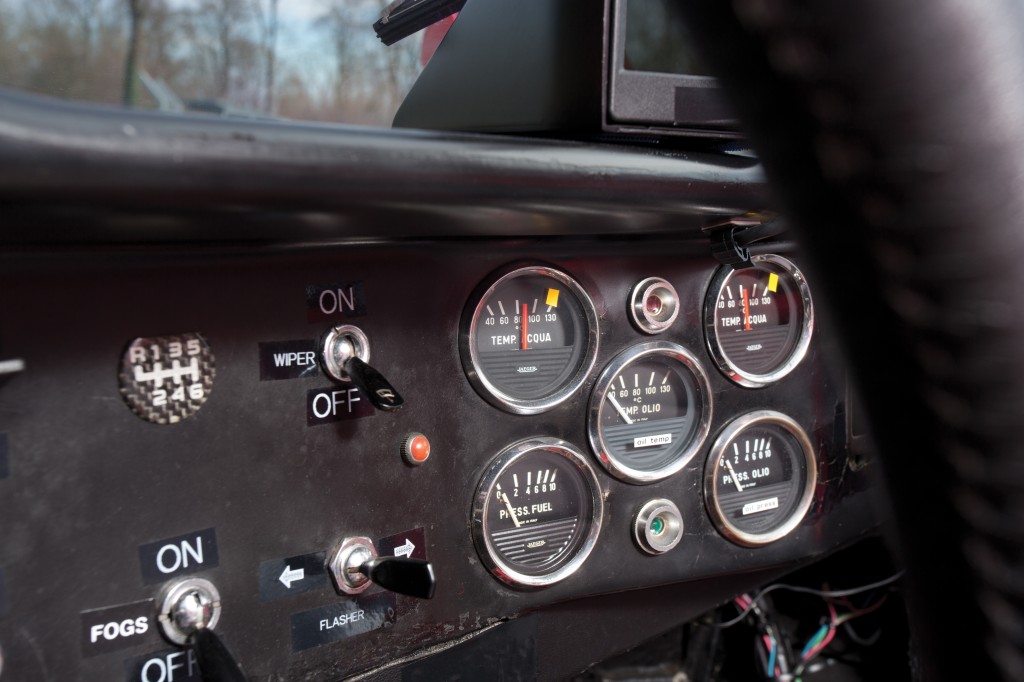 On 17 April 1969, this car was first road-registered as F-RW 35 in Frankfurt. As noted by the original Fahrzeugbrief, which accompanies the car, it was equipped with engine 0035, which it still retains today. Throughout the 1969 season, Michel Weber competed with the car at 11 competitive events. Highlights of these events include wins at the Fassberg Hill Climb in May and the Gaisberg Hill Climb in September. Weber also competed at the famous Trento-Bondone, where he finished 3rd, and at the Mont Ventoux event in September, where he finished 8th in class. In 1970, Weber again competed with the car for Alfa Deutschland. 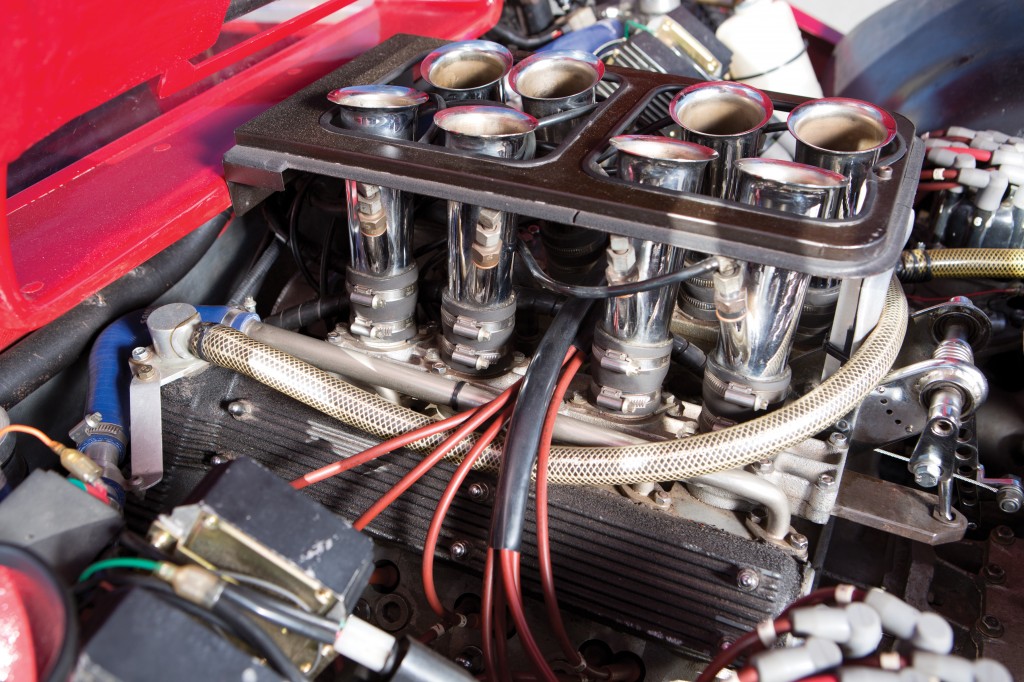 The car was then sold to racing driver Heinz Isert in 1971. On 21 July 1971, the ONS Wagen-Pass for motor racing in Germany was delivered, and it is still presented with the car to this day. As documented in the Wagen-Pass, Isert had a roll bar fitted in 1973. He finally sold the Alfa to Florian Gerbl in 1984, and after trading hands several times thereafter, a full restoration, which included returning the body to the original short-tail Daytona specification, was undertaken. 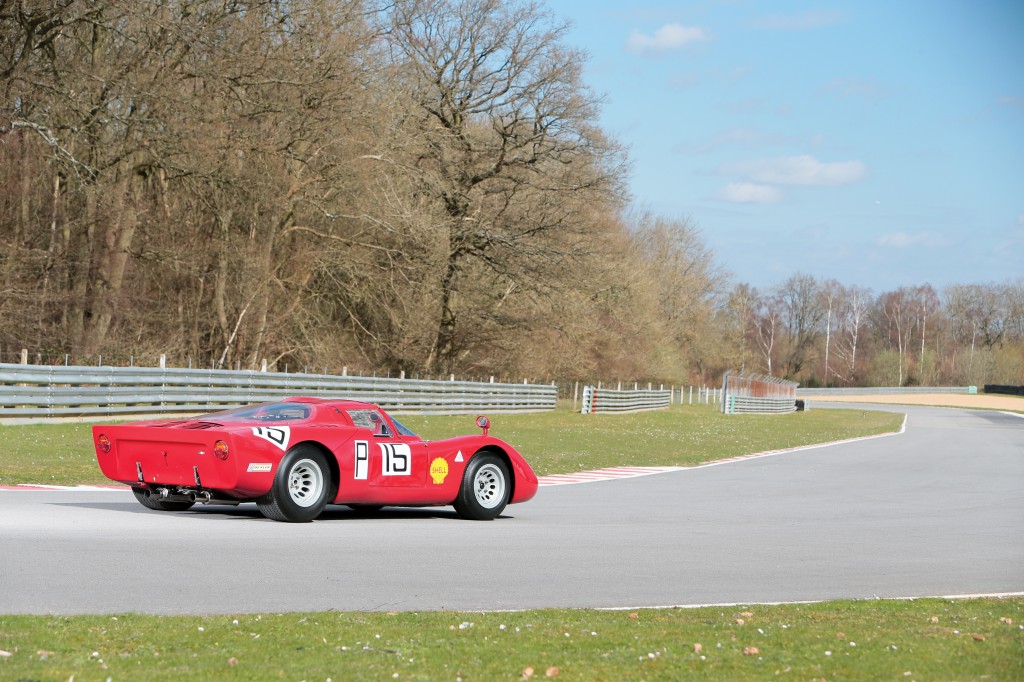 In 1998, Gregor Fisken bought chassis 026 and continued to compete in the car, including at the Targa Florio event in 2000. Its FIA papers appear to have been delivered on 19 December that year. Three years later, the car was sold to Kazumichi Goh, the founder of the Team Goh International motorsport team, which won the 1996 All-Japan Grand Touring Car Championship, and who famously went on to win Le Mans in 2004 with Audi. In August 2005, the FIA HTP papers were delivered. In 2008, the car was acquired by Mr Muroto in Japan, who retained the Alfa for several years before selling it to the present owner in 2010. 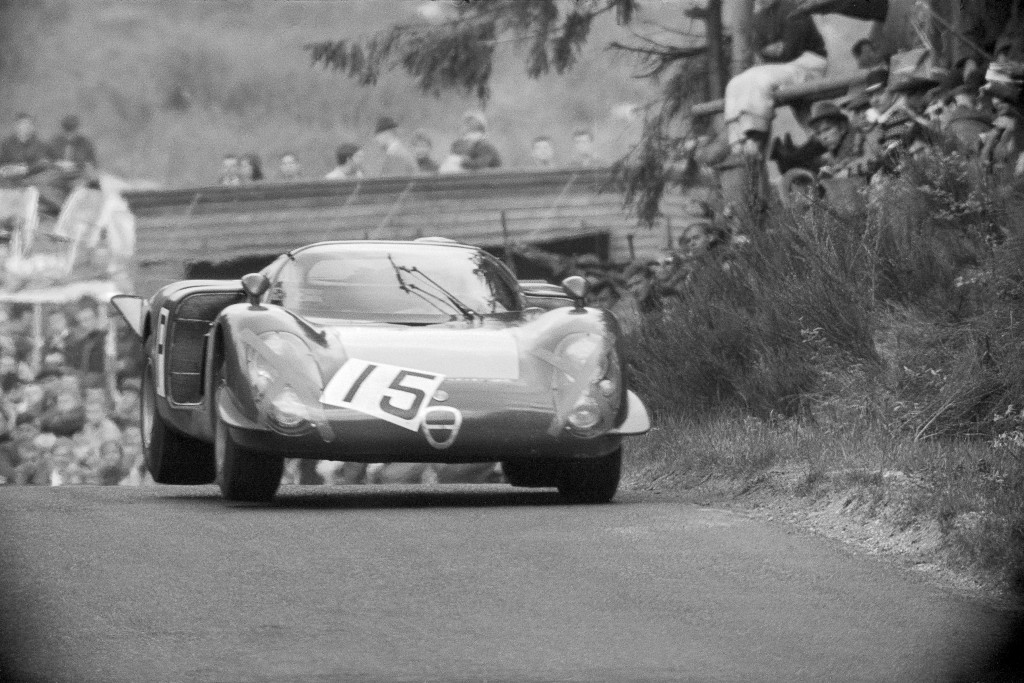 This car offers a rare opportunity to purchase a genuine T33/2 Daytona race car, especially an example with such an impressive racing record. It is currently road-registered and includes valid HTP-FIA papers, making it not only eligible for the Le Mans Classic but also the Tour Auto and Modena Cento Ore. With its gorgeous, high-revving two-litre V-8, this Alfa Romeo will not only sound great running down the straights at any historic motor sport event, but it will also certainly beckon its new owner to push the limit at every turn.