The De Tomaso Pantera, powered by the Ford 351-cubic inch “Cleveland” V-8 and sharing its mid-engine layout with Ford’s GT40 race cars, translated the race-bred concept of de Tomaso’s Mangusta into a steel-bodied supercar with amenities like reasonable luggage space, air conditioning, and power assists. Panteras were introduced at the New York Auto Show in 1970 and sold by select Lincoln-Mercury dealers from 1971 to 1974. 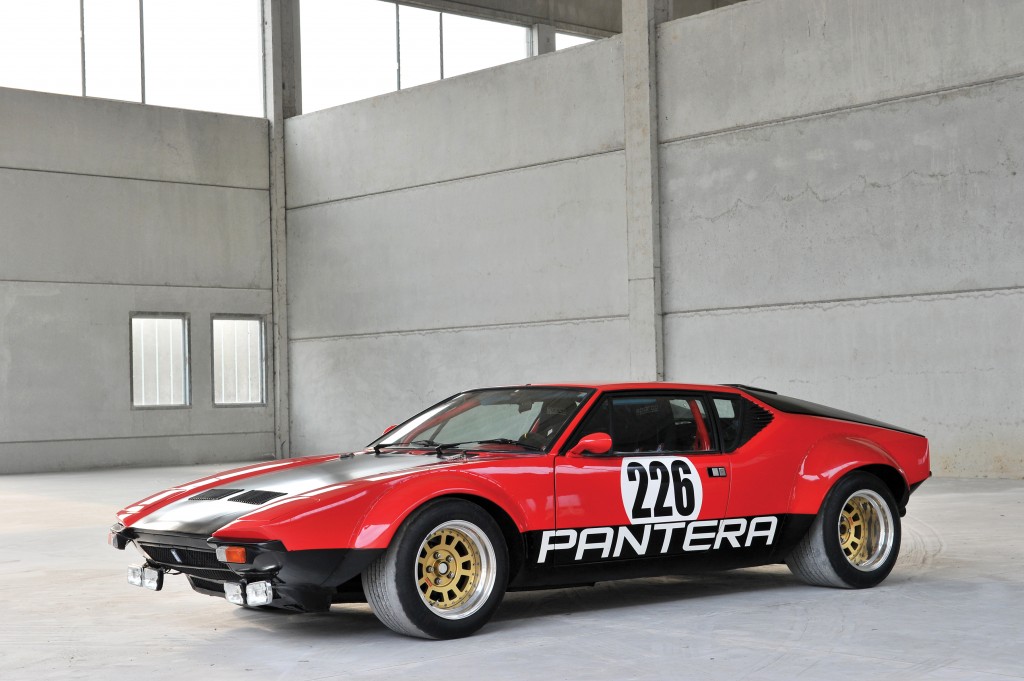 This example was expressly prepared in accordance with FIA rules for historic rallying, and in fact, it has participated in the Monte Carlo Historic Rallye. The transformation of the car included tuning the Cleveland V-8 for superb reliability, mating it to a five-speed transmission and surrounding it with a full roll cage. 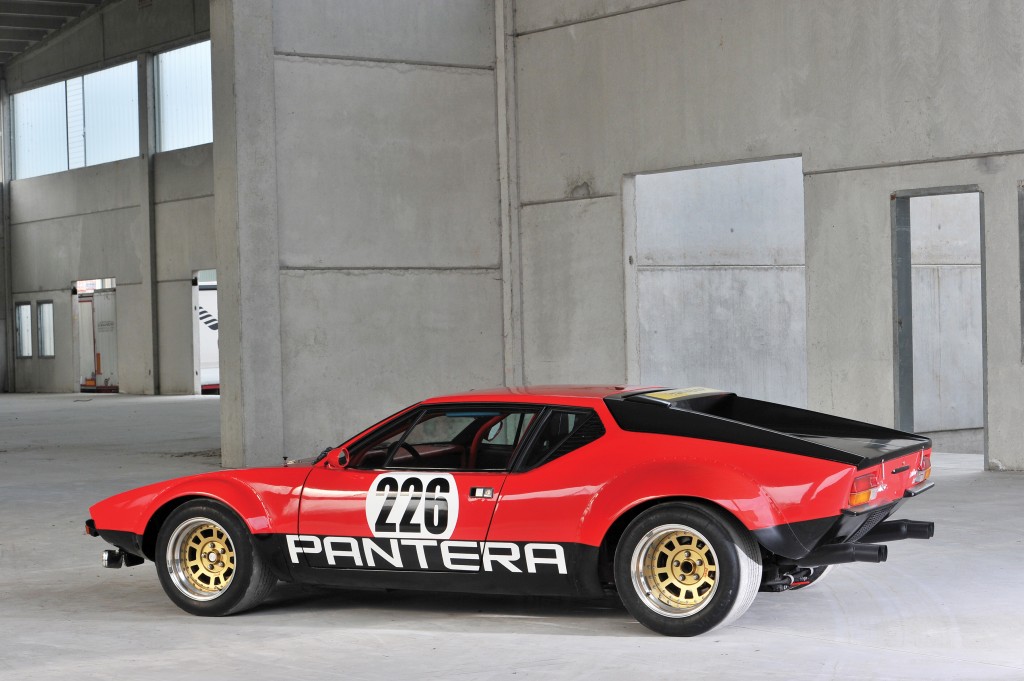 It is interesting to note that despite the rally modifications, the interior remains wholly comfortable, with Sparco racing seats, harnesses, and steering wheel, and even electric windows are still fitted. The driver faces a dashboard of Veglia racing gauges, with additional toggle switches on the open instrument panel. 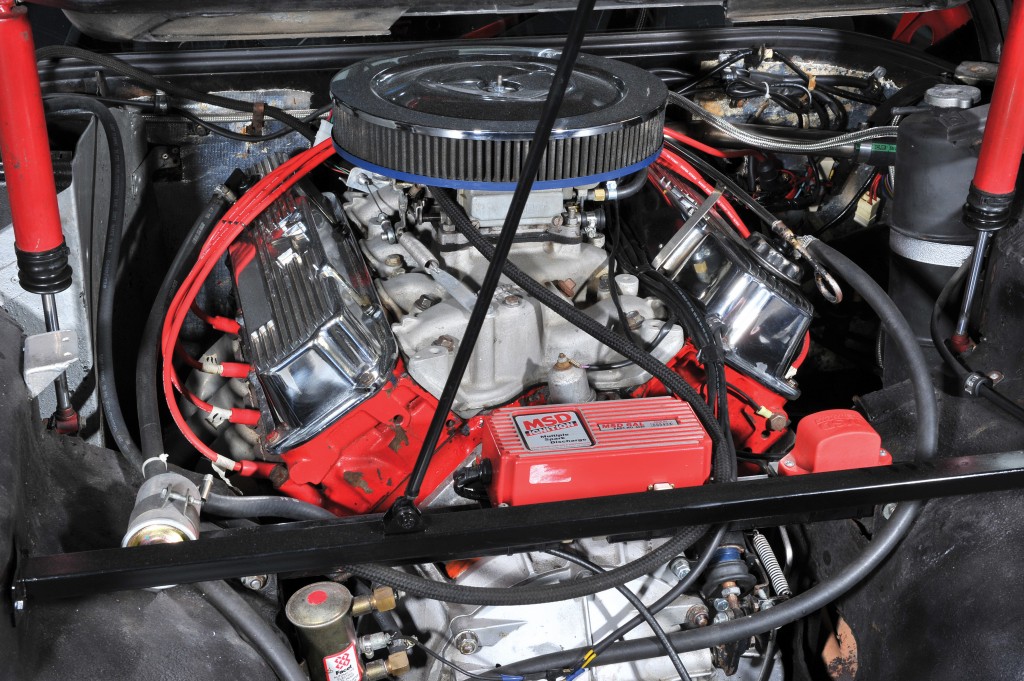 The body was completely stripped and refinished in two-tone black and red with appropriate racing decals, and it has a racing bonnet and boot that is secured by pins and spring clasps, as well as driving lamps. Racing spotlights also add to the appropriate rally-ready flare. The car rides on TMB racing wheels, but the original Campagnolo wheels and Pirelli P7 tyres do accompany the car. A number of invoices for recent work are included in the file, as are a selection of restoration photos. 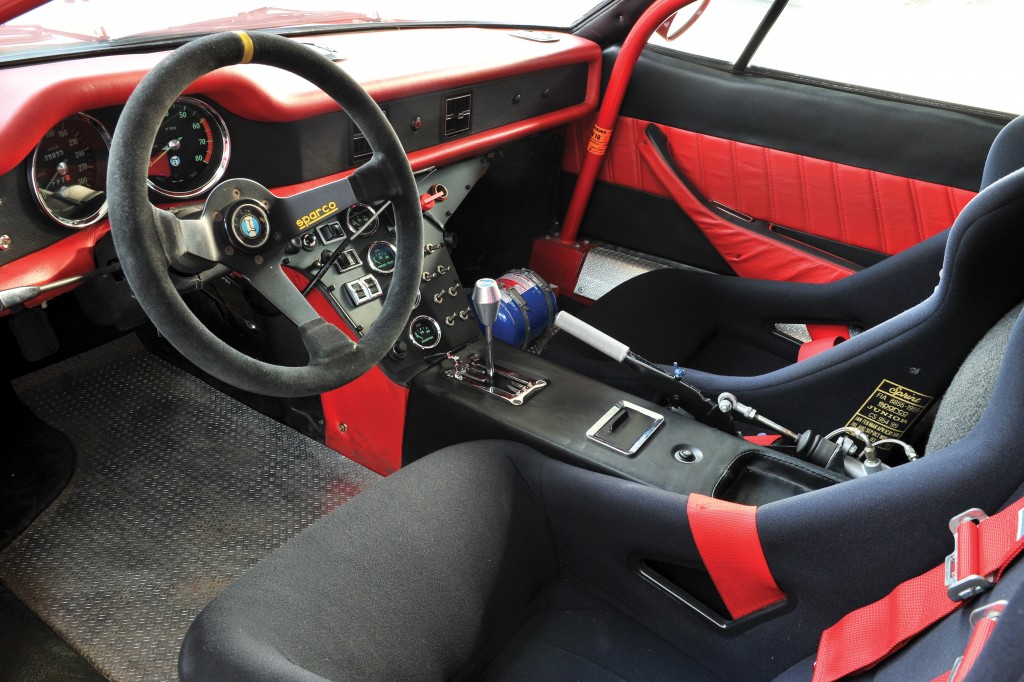 In its present enthusiast ownership, the car has been prepared for enthusiastic road use, including the addition of menacing wing flares. With 360 horsepower on tap, this beautifully prepared Pantera offers a great deal of fun and excitement for a relatively modest price, and it would make an ideal entrant to a number of historic events. 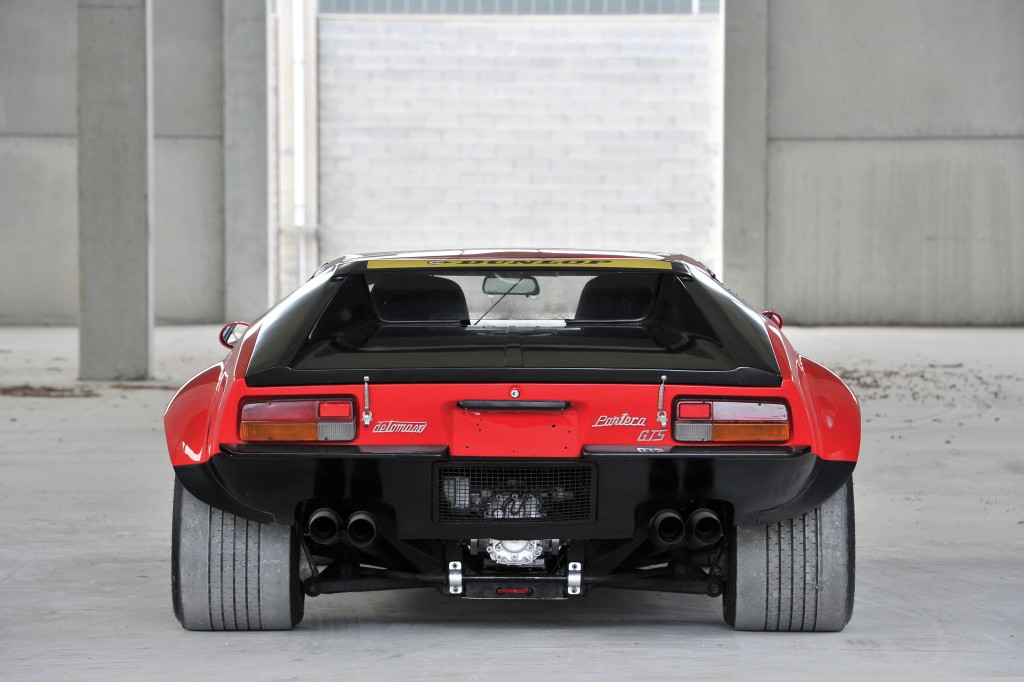