It is almost impossible to mention a Ferrari bearing a six-cylinder engine without mentioning Enzo Ferrari’s late son, Alfredo. Whilst young “Dino” passed away at the age of 24 due to muscular dystrophy, it was clear that he already had a solid understanding of the engineering behind his father’s company. Before he passed away, Dino suggested that Ferrari should develop a V-6 engine for racing use, as a V-6 platform would provide excellent power and efficiency. With the help of famed engineer Vittorio Jano, rudimentary designs for a 1.5-litre V-6 were drawn up in Dino’s bedroom. However, Dino would tragically never see this idea come to fruition. Enzo continued to refine Dino’s plans after his passing and badged all Ferrari’s bearing a V-6 with his son’s name, in tribute to a bright, young engineer lost all too soon. 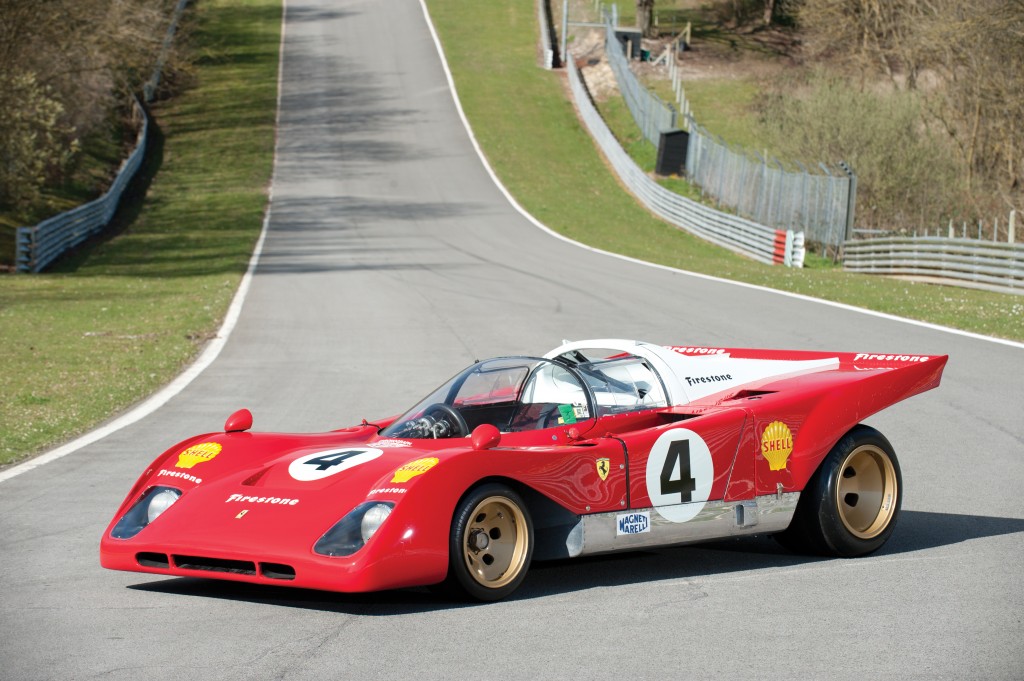 The 1966 Paris Auto Show, almost 10 years after Dino’s death, saw the debut of the 206 S Dino Spider, alongside the 330 P. The Dino was designed with privateers in mind, as Ferrari wanted to take the fight to the Porsches in the Group 4 class. The 206 S Dino, featuring a two-litre V-6 that could produce an ear-shattering 9,000 rpms, was the perfect car to do it. Not only was it beautifully engineered, but the beautiful lines of the Dino plucked at the heartstrings of tifosi everywhere, as it bore a similar silhouette to its big brother. By the end of the 1966 season, the 206 S had proved its competency with a 2nd place finish at the Targa Florio, 2nd and 3rd at the Nürburgring, and a 6th place finish at Spa. Of course, all race cars of this calibre were raced hard and driven to win, and history was not always kind to the 18 examples produced. As a result, many were subjected to accidents when they were campaigned. 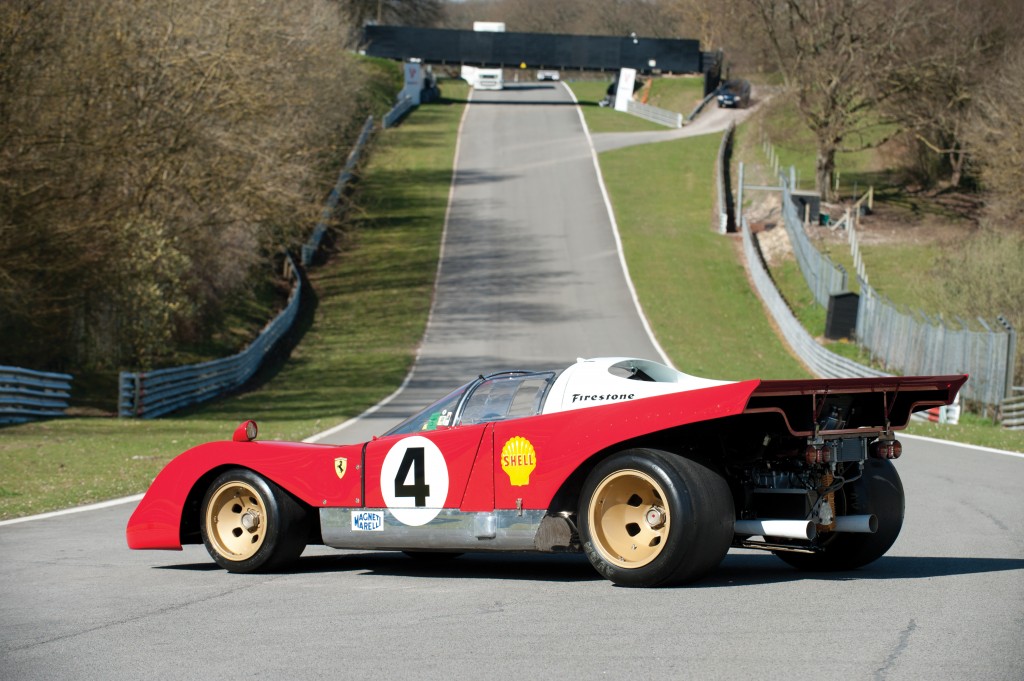 Although the 206 S was originally slated for a homologation of 50 examples, labour problems prematurely interrupted production after only 18 cars had been assembled, and the model, therefore, remains a rare and important milestone in the arc of the Dino race car’s development, as well as a cornerstone of the Ferrari road cars that followed. 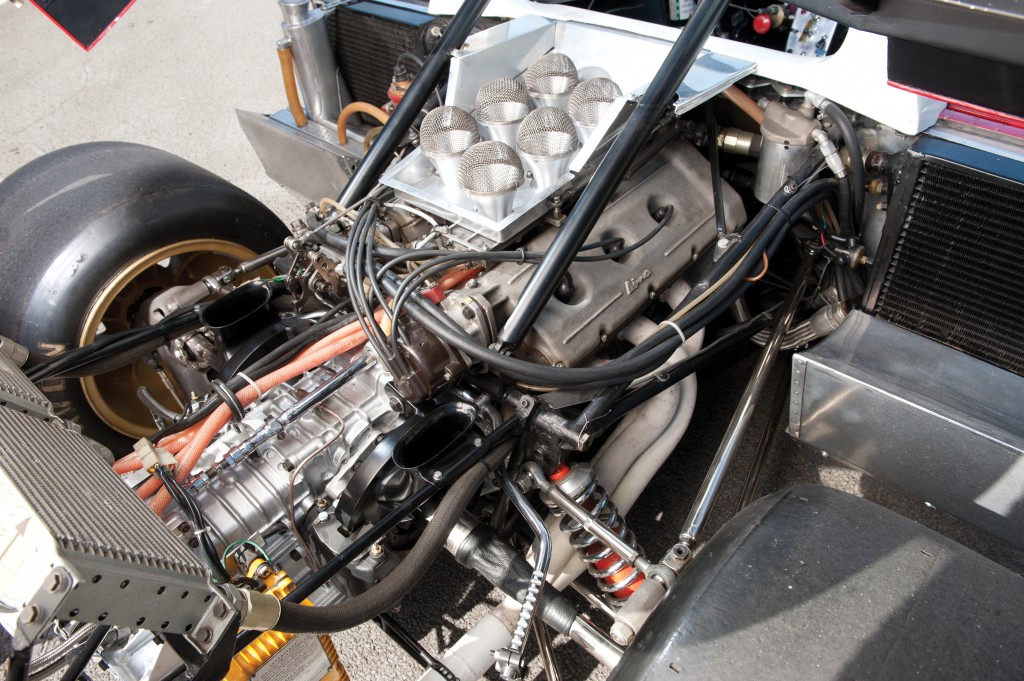 Chassis 028 was purchased new from the factory in June 1966 by Eduardo Lualdi Gabardi, a wealthy Italian nobleman of Busto Arsizio, Italy. He was no stranger to the Scuderia. He owned a number of Ferraris for racing use, including a 166 MM, a 250 MM, a 250 LM, a pair of 250 TdFs, a pair of 250 SWBs, and pair of 250 GTOs, and became a close personal friend of Enzo Ferrari in the process. Lualdi was very successful in racing and accrued countless victories over the span of his 20-plus year career; it is rumoured that, at one time, Ferrari considered hiring him for their own Formula One team. 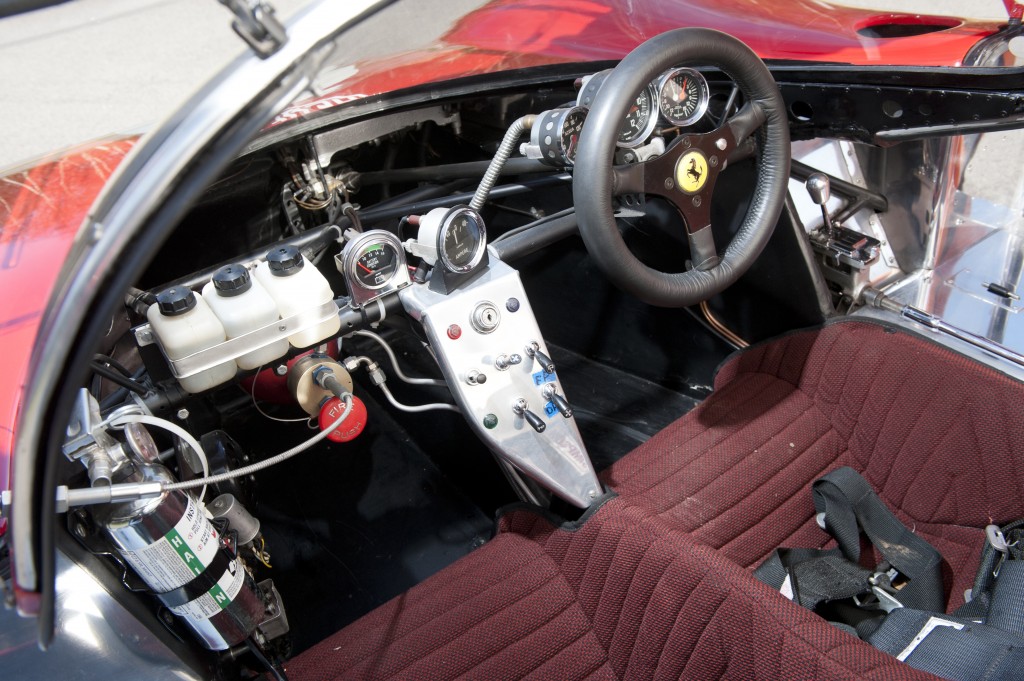 Lualdi entered his newest Ferrari in hill climbs all over Italy and quickly garnered incredible results. The duo proved to be almost unstoppable, and they simply dominated the hill climbing circuit for the latter portion of the 1966 season, as well as through 1967 and 1968. According to records supplied from noted Ferrari historian Marcel Massini, Lualdi would enter at least 35 Italian hill climbs and would take 1st place or 1st in his class in 22 of those races. In fact, his worst finish was 6th overall at the Trento-Bondone Hill Climb in July 1966. Lualdi’s final race in the Dino would be the Ascoli Piceno-Colle San Marco Hill Climb in August 1969, where he finished 1st in his only race in the Dino for that season. Afterwards, Lualdi sold the car back to the factory and was ready to move on to his newest sports racer. 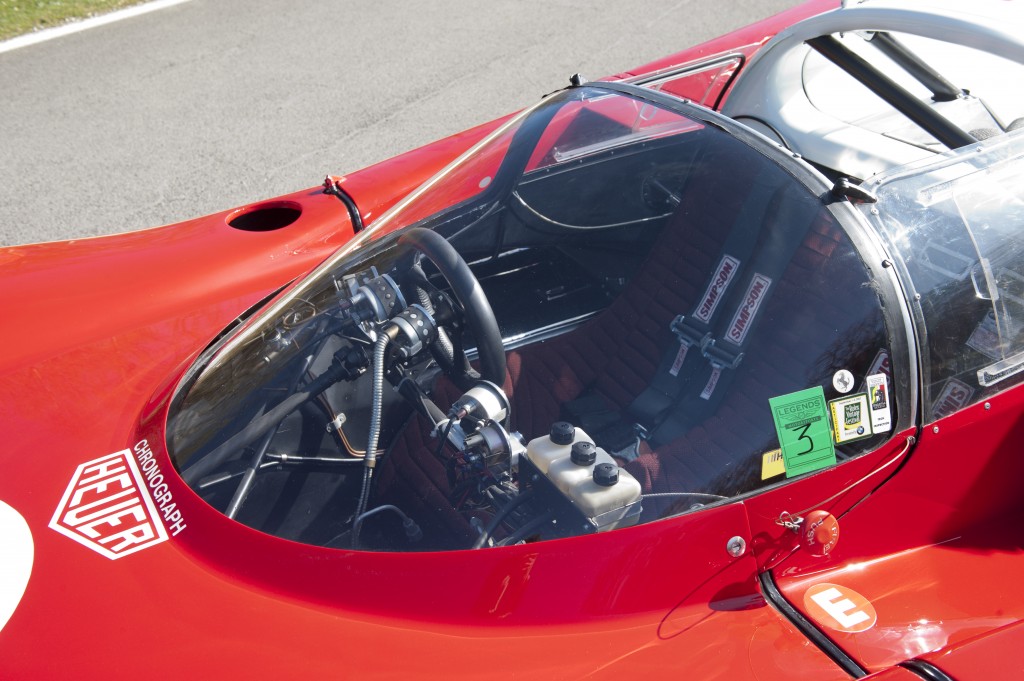 By 1972, it was reported that Lualdi’s 206 S had undergone a series of extensive performance modifications by Diena and Silingardi in Modena to make the racer even more potent. Although the purpose of the modifications was not well documented, the 206 was updated with a 246 Tasman engine, as well as the gearbox and suspension from a Ferrari 312 Formula One racer. It could be suggested that perhaps Ferrari was doing some testing or experimenting for the 312P or testing various aerodynamic and performance efficiencies. Regardless, these modifications brought an increase in displacement by just under 500 cubic centimetres, and along with four valves per cylinder, the Dino was graced with 65 additional horsepower. Francesco Guglielminetti, a former Abarth aerodynamicist that was hired by Ferrari, drew up plans for a more aggressive 312 P(B) style body and redesigned the Dino’s original bodywork to match his specifications. After its modifications were completed, the car was offered for sale again by SEFAC Ferrari, for a price of 8 million Italian lira. 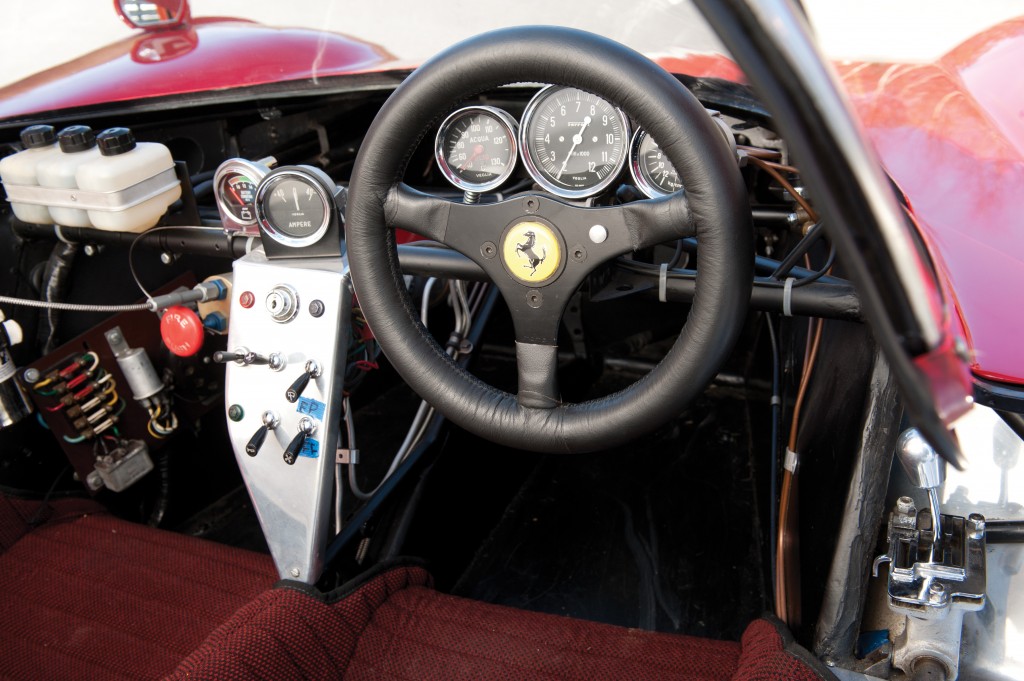 The Dino remained at Diena and Silingardi’s facility in Modena, where it was offered for sale by the factory, but it remained unsold for nearly four years before it was purchased by Alberto Pedretti, of Wide World of Cars, based out of New York City. Pedretti brought the car back with him to the United States, and it was officially imported into the country on 29 March 1976. It was sold later that year to Bill Gelles, who also resided in New York. Gelles entered the Dino in vintage races for just one year, before selling it to the current owner on 11 November 1977. 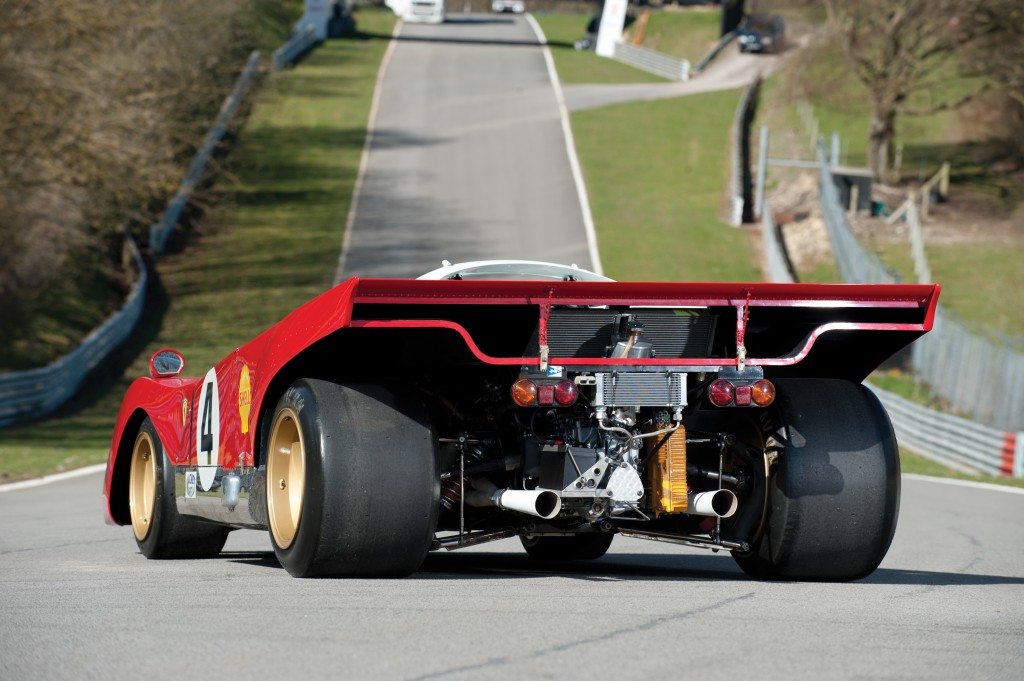 For the next 37 years, chassis 028 was continually shown and raced by its current owner, and it made numerous appearances at race tracks and concours events around the United States. Concours awards that this Dino has won consist of Gold and Platinum in the 1995 and 1996 FCA National Concours, respectively, and Platinum once more at the 10th Cavallino Classic in January 2001. In 2005, chassis 028 made another appearance at the FCA Annual Meet in Indianapolis, Indiana, where it took Platinum once more, along with the Phil Hill Award for the Most Outstanding Competition Car. 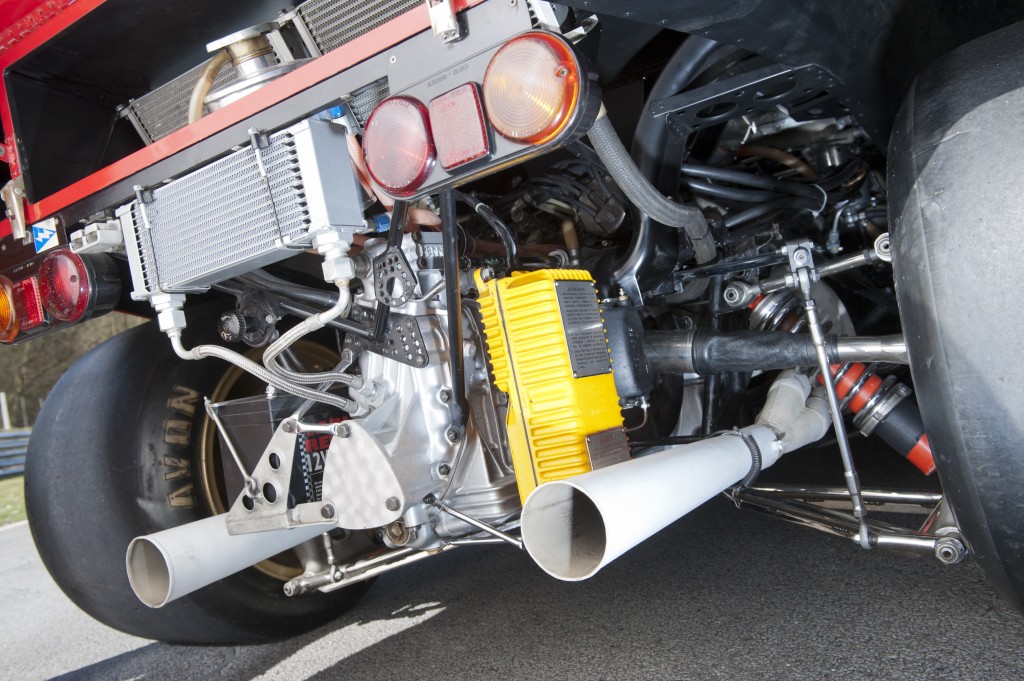 Off of the concours lawn, the Dino continued to show its racing prowess on the race track in various Ferrari Club of America events and in the Ferrari Historic Challenge, at venues such as Lime Rock, Moroso Park, and Mont Tremblant. Under its present ownership, the car was restored twice; it was fully restored over the course of 10 years, from 1984 to 1994, and all its mechanical components were rebuilt once again in 2001. It should also be noted that the Dino currently wears an identical reproduction body that was constructed for racing use, in an effort to preserve Guglielminetti’s modified bodywork. The original Guglielminetti body, along with numerous spare parts, will be included with the sale. Please consult an RM specialist for a complete list of parts included. 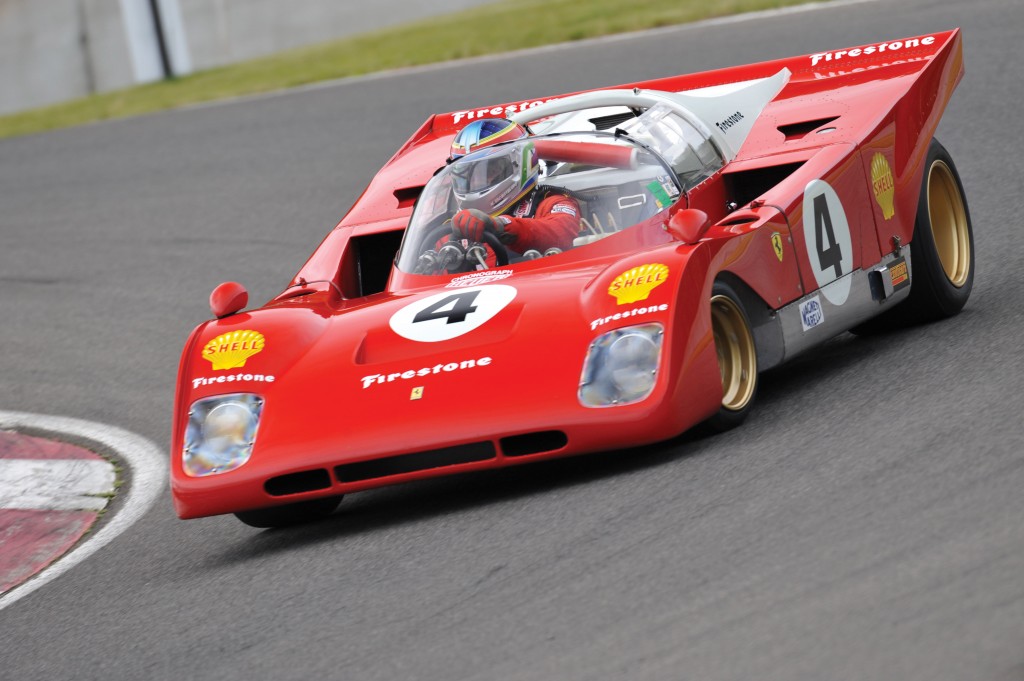 With an incredibly successful racing career when new and continued vintage racing throughout every decade of its life, chassis 028 presents a very compelling piece of Ferrari history. Its design beautifully combines the very best racing components that wore the Dino badge. For the avid historic racer, there surely is no better car available today that offers the fascinating history, raw thrill, and long-term ownership that this Dino provides. 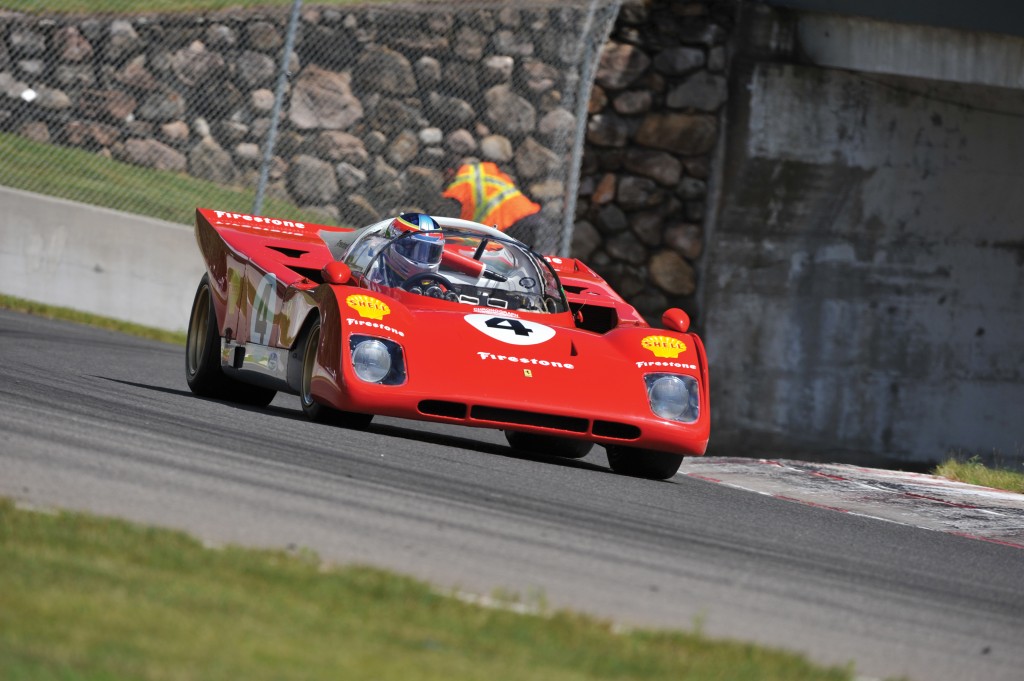