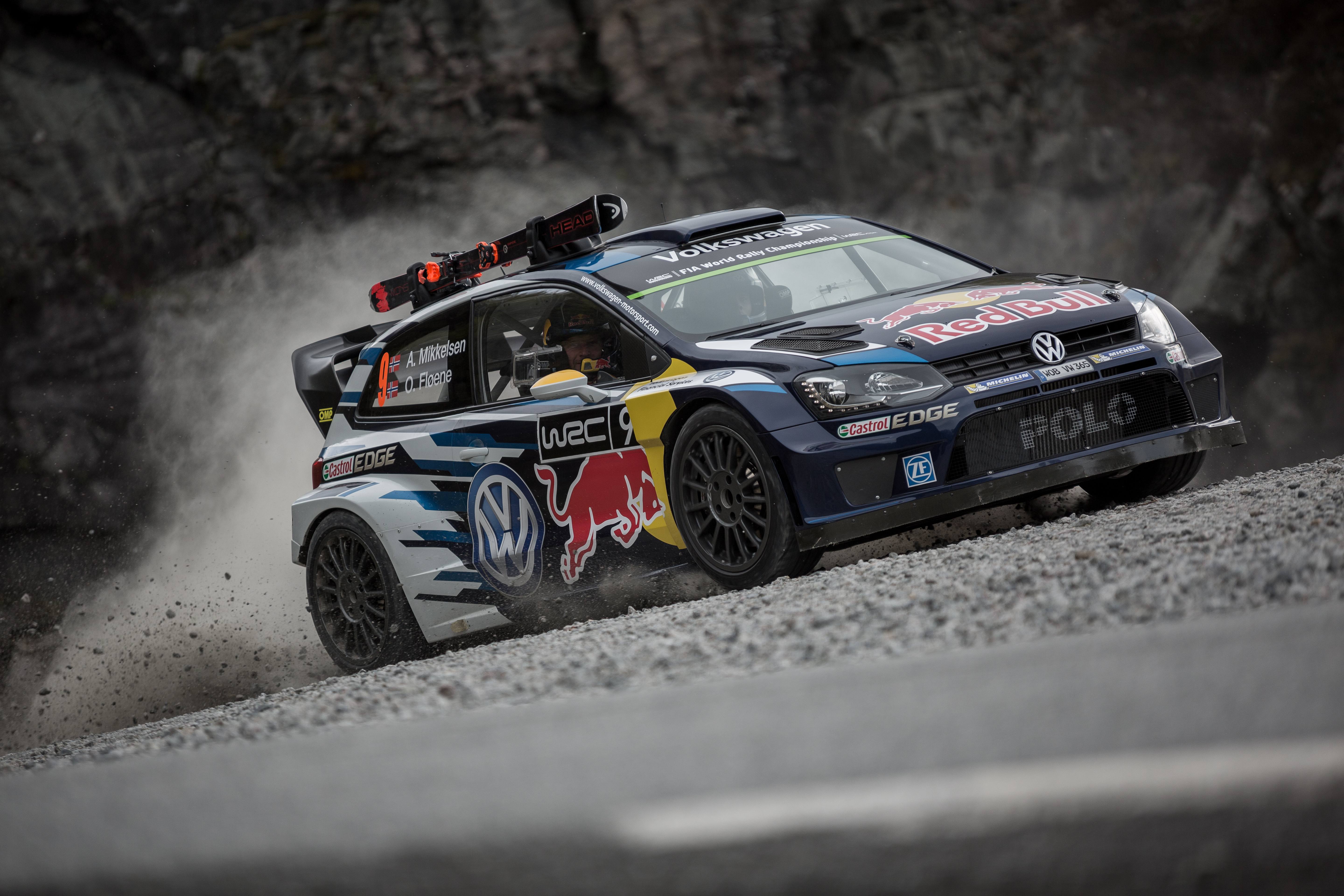 A ferry that waits for nobody, breath-taking fjord scenery in Norway and a unique race. That is what you get when Aksel Lund Svindal, Norway’s downhill gold medallist, meets compatriot and Volkswagen rally driver Andreas Mikkelsen. The result was a wonderfully wild preparation for round eight of the FIA World Rally Championship (WRC) – the Rally Finland, which gets underway on Thursday – and provided some captivating videos and photos.

Svindal and Mikkelsen were embroiled in a spectacular head-to-head sprint on the world-famous Lyseveien road in the southwest of Norway, which features 27 hairpins spread over 29 kilometres. The two Norwegian sportsmen agreed to an unusual competition, before catching the ferry home together: Mikkelsen, at the wheel of his 318-hp Polo R WRC, would race Svindal on his skis – the latter flat-out off-piste, while Mikkelsen had to wind his way between massive snowbanks, some of which towered up to eight metres in height. All the time, both racers were up against the clock too.