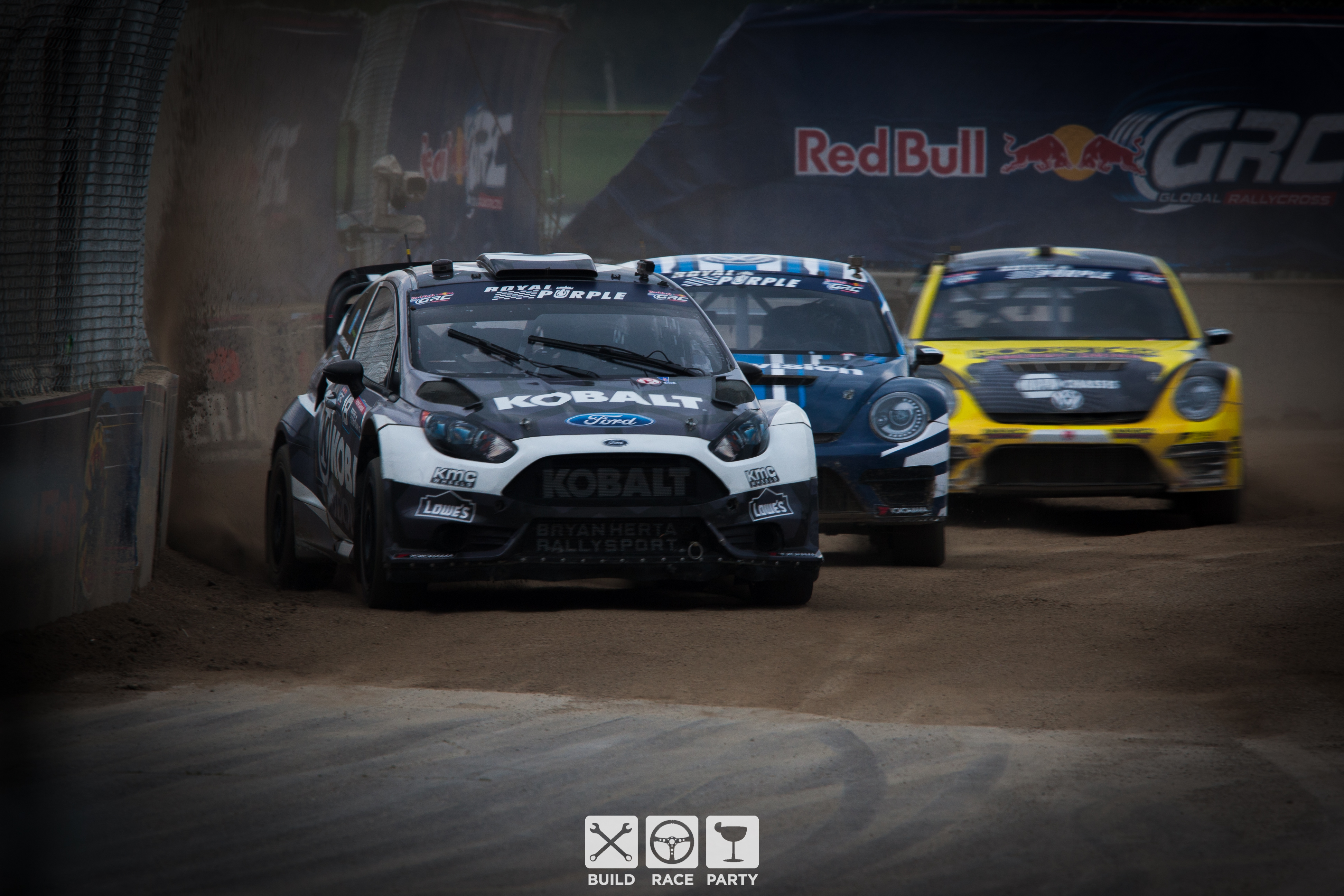 Red Bull Global Rallycross made its debut in Detroit on a .757-mile course on Belle Isle, which hosted the series’ second doubleheader of the 2015 season. Ken Block took his record-setting sixth career victory on Saturday, while Patrik Sandell earned his first win of the year on Sunday.

Ken Block and Patrik Sandell each won their first round heat and semifinal to earn front row starting spots on Saturday, setting them up to renew their season-long battle for fastest driver and vehicle in the sport. At the start of the race, Sandell jumped out to the lead, while Block settled into second and Scott Speed chased them from third.

Unfortunately, it wasn’t meant to be for Sandell—with three laps to go, a driveshaft failure saw him drop from the lead. Block managed to get by cleanly and quickly, cementing his third victory of the year, while Speed and Sebastian Eriksson would complete the podium.

“Obviously after three DNFs in a row, the championship is far away, but we have to do what we can do round by round to finish on the podium and collect points. I’m super pumped that Patrik won—honestly, he’s deserved one of these so far this year. I’m happy for those guys, and happy for our Volkswagen Andretti Beetle! We’ve clearly got the pace and we’ll be a force for sure.” Speed stated following his second place in RD5.

Nelson Piquet Jr. earned Sunday’s pole position, but it was once again Sandell who proved to be the top driver by winning both his heat and semifinal. Speed took a first round heat win, and appeared to be on the way to a semifinal win before teammate Tanner Foust made a daring pass in the final corners.

The main event saw an aborted first start when multiple cars made contact between turns one and two, leaving Foust’s vehicle disabled in the racing line. Block was given a rough driving penalty and moved from the second row to the back of the grid, and with two of his biggest challengers eliminated, Sandell used the second chance to lead from start to finish.

“We have a fantastic car—my team has put together the perfect package for me, and we’ve been able to be fast for a while now, but we hadn’t been able to get all the way to the finish. Yesterday we had a small problem with the car and had to retire in the final, but today Bryan Herta, his guys, and Kobalt Tools just put everything together for me. I’m so happy for them—this victory goes to them.” Stated Sandell following his win.