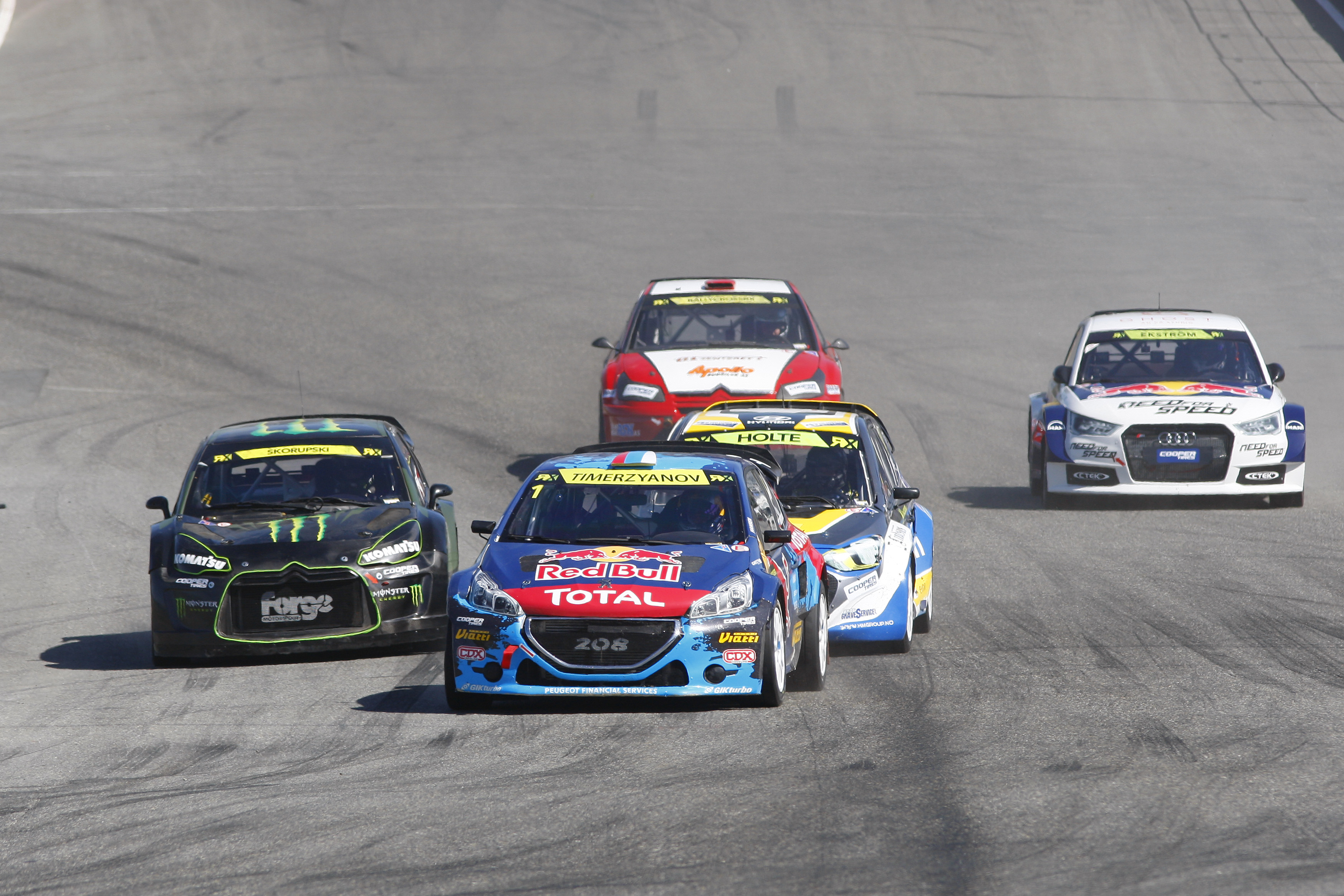 With three different winners from the opening three rounds in this year’s FIA World Rallycross Championship presented by Monster Energy, the battle to become the first ever World RX Champion is heating up.  Joining the World RX line-up for the first time this year will be former FIA GT1 World Champion Markus Winkelhock for the EKS RX Team plus American Top Gear presenter Tanner Foust who returns for the second of his four-round World RX campaign.

Eighty miles north-east of the Finnish capital of Helsinki, Kouvola is Finland’s 10th biggest city and will be home to round four of the season. At just over 1060 metres and split between 58% asphalt and 42% gravel, the circuit features one jump and a joker section towards the end of the lap. Twenty-five Supercars make up the headline Supercar category in Finland with the TouringCar and Super1600 categories attracting a further 25 entries.  The supporting RX Lites Cup returns to the Championship for the third time this year as 10 drivers including Niclas Gronholm, son of former World Rally Champion Marcus, battle it out for the victory.

Currently leading the driver standings, and also the team standings for Ford Olsbergs MSE, is Latvian man of the moment Reinis Nitiss. “I still can’t believe that I won in Norway, I really didn’t expect to be on the podium beside two big names [Petter Solberg and Ken Block]. The media attention at home has been fantastic and now I hope to continue the success in Finland,” explained 18-year-old Nitiss who has been busy participating in rallysprint competitions back in his home town of Jekabpils.

Three points adrift of Nitiss in the overall leaderboard is Norway’s Petter “Hollywood” Solberg who has enjoyed a strong start to his World RX season having made it to the final of each round so far. “The next three World RX races will determine much of the world title fight,” claimed the PSRX Team driver who won the opening round in Portugal. “About three and a half weeks from now, we will know the answer to who is still in the game and who’s not…”

Third in the standings and representing Finland on home soil this weekend will be Volkswagen Marklund’s Toomas ‘Topi’ Heikkinen.  A consistently quick driver, Heikkinen will be a firm favourite to win in front a home crowd this weekend.  “Our home event is really the perfect opportunity for me to thank all the people from home who have supported me over the years,” admitted Heikkinen. “I really hope I can do well but I know that I’ve got the equipment and capability to do it. We were a bit unlucky at the last round in Norway, but hopefully that’s our bad luck out of the way now and we can concentrate on what we do best, which is winning.”

Joining Heikkinen in the VW Marklund Team will be permanent Supercar driver Anton Marklund and wildcard entry for the event, Tanner Foust, who has previously won in Kouvola and will be feeling buoyed after finishing in the top five at Lydden Hill back in May.

After a return to form at the previous round in Norway, Monster Energy World RX Team driver Liam Doran will be eager to do one better and leave Finland with a podium result.  The 27-year-old Briton, who won his first FIA event at Kouvola back in 2010, explained: “Finland has always been a good track for me, and it’s one of my favourites to drive.Since Portugal, we’ve been getting quicker and quicker. In Norway we proved we have the pace, so now it’s just a case of tying it all together. I’m pretty confident we can get a good result.”

Team Peugeot-Hansen drivers Timur Timerzyanov and Timmy Hansen have been consistently quick this year but have yet to win an event, which both drivers will be looking to rectify in Finland.

After their debut in Norway, Team EKS RX returns to World RX this weekend with permanent team driver Pontus Tidemand and a new addition to the team: Markus Winkelhock.  An ex F1 racer and former FIA GT1 World Champion, Winkelhock admitted that the swap from GT to World RX could be tricky: “As a GT driver, the race weekend in Finland will be a big shift, that’s for sure. But I was very happy with the first steps after my test and the team has been too. I’m very thankful to Mattias [Ekstrom] who gave me the chance to race.”

After setting the fastest lap time in the opening heat at the previous World RX round in Norway, Jacques Villeneuve is feeling full of confidence going into round four.  The French-Canadian, who will be driving for British team Albatec Racing, is determined to make the finals this weekend: “I will be pushing hard to get some clean, fast heats and won’t be happy with anything less than a place in the semi finals,” declared the former F1 World Champion.

Martin Anayi – Managing Director for World RX at IMG Motorsport – concluded: “Kouvola is a highlight of the World RX calendar: it is a very well organised event, the fans are passionate, the atmosphere is electric and the drivers love competing here.  The track is very technical: the drivers will have to strike the right balance between knowing when to push and when is best to hold off the throttle.  As demonstrated in the opening three rounds, the smallest off can result in a puncture so the drivers will need to think wisely as they prepare for one of the most technically challenging races of the year. I’d like to welcome Markus to World RX – as a former GT, F1 and winner of last weekend’s 24 hours of Nurburgring, he’s already proved himself as a world-class driver.  Now it will be interesting to watch how Markus fares against the other Supercar entries in Finland.”