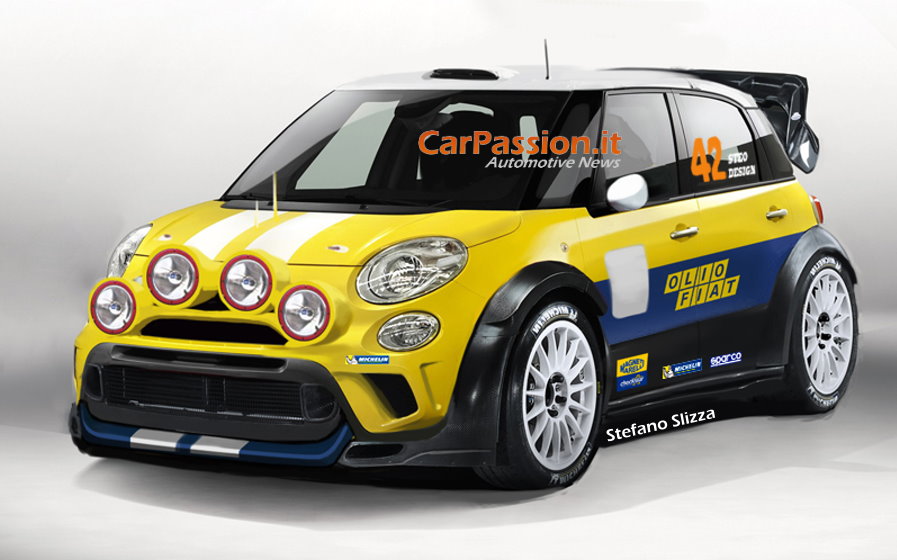 Fans of the Fiat-Lancia-Abarth dream of a return in a big way in the world of motor racing, but for now, all hopes were dashed. Our friend Stephen Slizza sends us this beautiful work that depicts the Fiat 500L WRC, an unprecedented rally for the compact version of the Lingotto.

The livery based on that of the old Fiat that have made the history of competitive rallies coma the 131 Abarth. Under the hood would place a 1.6-liter turbocharged engine capable of developing 300 hp. It would not hurt to see her battle with the Citroen DS3 WRC and the Volkswagen Polo WRC.