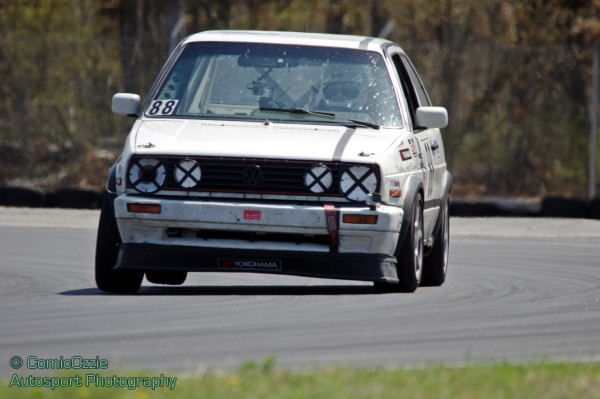 Have you ever wanted to have more time in your caged track day car? Or wanted to race your $500 BMW 325is but didn’t want to have it hammered on by other competitors? How about spending time on the track with your pro rally car? Or maybe just wanted to spend more than just twenty minutes in your Spec Miata or small production car than at an SCCA club race? Then, my friend, there is an alternative for you. Enter the World Racing League.

Last year former Chumpcar guru Joey Todd decided to strike out on his own and develop a new enduro series. But rather than stick with the so-called $500 beater formula, he opted to think outside of the box. His motto: No gimmicks, no campy names and no contact – just good people enjoying tons of seat time going wheel-to-wheel. That way folks who have cars that compete in short sprint races, or test sessions, could actually race head-to-head in an endurance format with several drivers.

There’s a total of seventeen venues that the series will compete at nationwide in 2015. This past weekend at Brainerd International Raceway, the field was everything from your typical “crap can” series cars to a high-performance Corvette, a Spec Miata, a pro rally Hyundai Tiburon and even an old SCCA club racing Opel Ascona. A mixed bag for sure.

With sunny skies and unusually warm temps near eighty degrees on Saturday, the Team Braunschweig Chevy Corvette took the overall win of the first eight hour race. The following day, the seven hour race was halted for around a half-hour for a passing electrical storm with heavy rains. The BMW M3 run by the team known as In The Red With Chris took top honors.

The nice part of the World Racing League is that the field is divided into just for classes based on a power-to-weight ratio. That way, a team that may be running in a smaller-engined “crap can” may be pitted against a Spec Miata or GT Lites car. Simply put, it works!

For more info on the World Racing League go to: www.worldracingleague.org