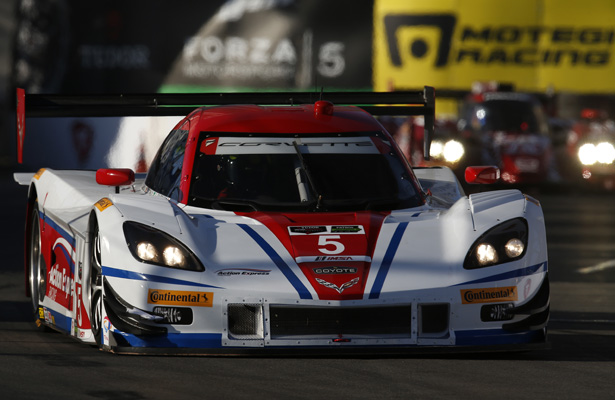 The TUDOR United SportsCar Championship heads to Detroit’s Belle Isle for the Chevrolet Sports Car Classic May 30 – June 1, which will see a 32-car field for street race shootout.

Following the split race format at Mazda Raceway Laguna Seca and a Prototype/GT Le Mans-only round at Long Beach, the Prototype and GT Daytona class cars will race together for a 100-minute sprint race around the picturesque Belle Isle.

Eleven P class cars are set to take part, led by the pair of Extreme Speed Motorsports HPD ARX-03bs, which is coming off a breakthrough first victory in Monterey.

Aside from the DeltaWing, which was not scheduled to tackle the street race, the only other change comes with the lineup of OAK Racing’s Morgan-Nissan, which sees Olivier Pla return to the wheel with Gustavo Yacaman following the Frenchman’s commitments in the FIA WEC race at Spa.

A total of 21 cars, meanwhile, are listed to take part in GTD, one fewer than from Monterey due to the absence of the No. 51 Spirit of Race Ferrari 458 Italia GT3, which is only slated to contest select rounds.

A number of lineups have yet to be finalized, including the co-driver for Andrew Davis in the No. 27 Dempsey Racing Porsche 911 GT America, as well as the No. 007 TRG-AMR Aston Martin Vantage entry.