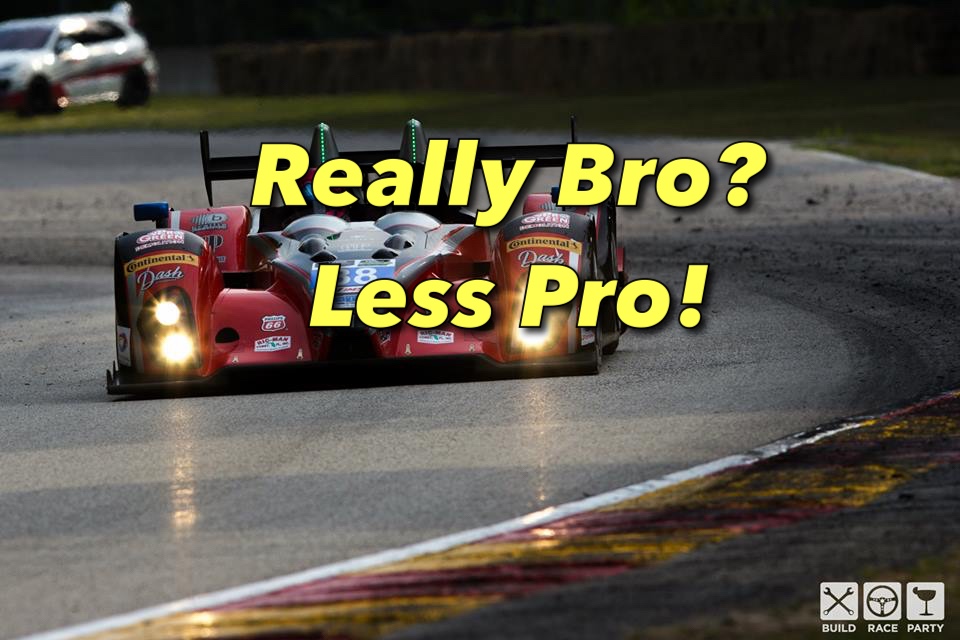 The 24hrs of Daytona was ten days ago. Yet today, a Prototype Challenge was reclassified to last place even though they finished 10th. They passed tech inspection and left the track. Then someone realized the paying drivers weren't in the car long enough and the paid drivers had too much seat time. So they got moved to last and technically the results are still not official. Ten days later…

So if the #16 crossed the line in 10th, what the hell happened? You need to understand the Tudor United Sportscar Championship. Especially the Pro Am classes(which might be all of them? I tried to figure it out and got lost). But it's not designed for professionals. It's designed for crazy rich privateers who pay the bills. Like club racing with a tv package and really expensive cars.

So if the amateurs don't drive enough, then the teams result doesn't count. If the pro doesn't drive enough, no one cares. It's all dependent on the amateurs seat times. And the 16 wasn't the only car. The No. 94 in GTD class also had one of its pro-am driver miss the minimum drive time requirement and lose its points, and prize money as well.

Why? I'm not sure. If a rich guy wants to own a race team and put nothing but pros in, they can. It's how racing has worked for decades. If they want to go out for a stint but mostly run pros, go ahead, just don't race in the Tudor United Sports Car Championship which should be probably be called “Racing With the Stars”

The pro-am PC class requires bronze- or silver-rated (amateur) drivers to meet minimum drive times to be eligible for points and awards. In the case of Daytona the minimum was four hours and thirty minutes for the PC and GT Daytona (GTD) class.

The No. 16 Autosport Designs/Southwest Realty Advisors/SpongeBob [The Movie] prototype challenge car used two platinum drivers in its Rolex 24 lineup, the team needed two silver- or bronze-rated drivers to each to meet the minimum drive-time requirement. Only one of the team’s silver- or bronze drivers met the minimum. As a result, the No. 16 team loses its finishing position, prize money and all points except for the one point awarded for starting the race.