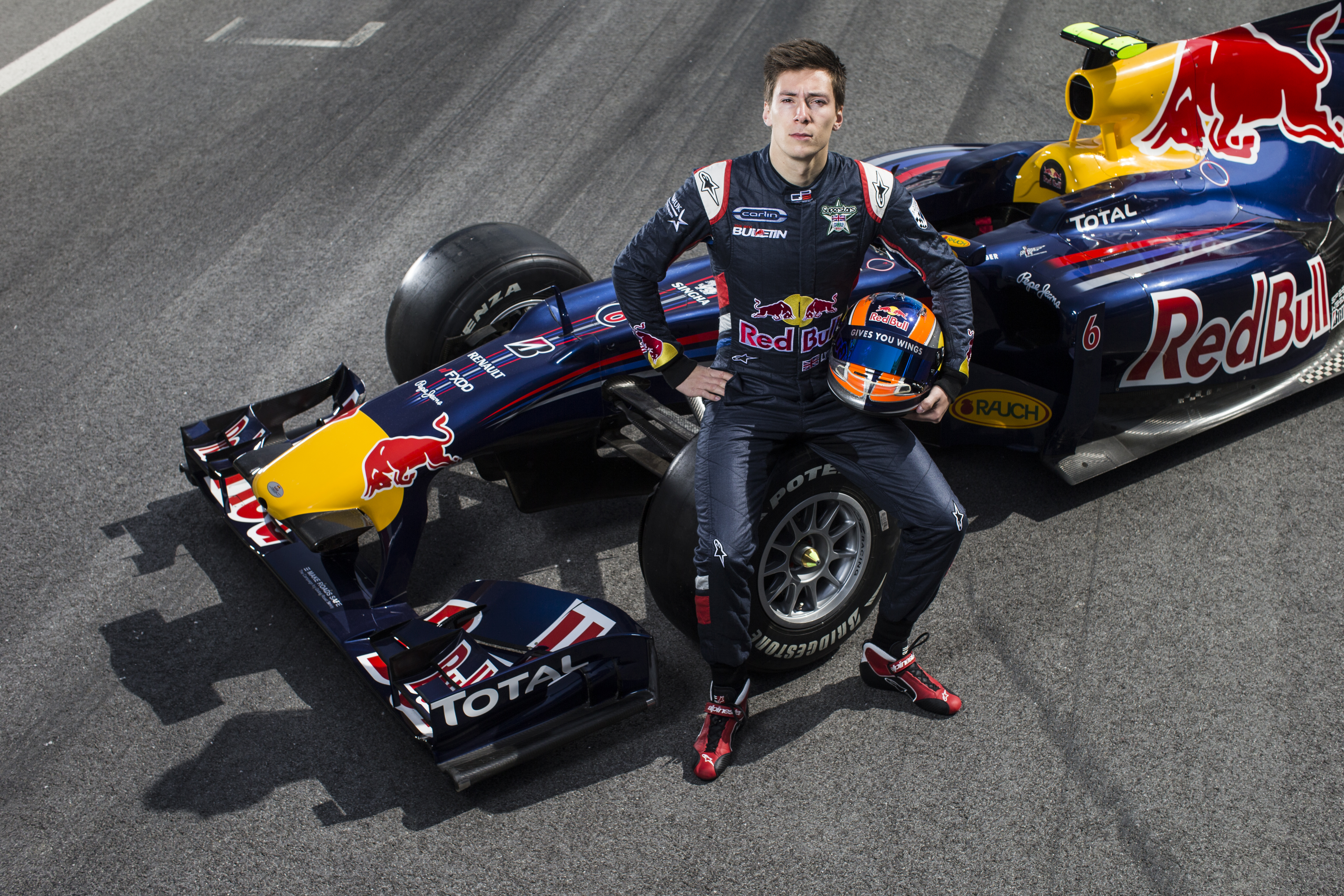 Carlos Sainz Jr., Alex Lynn and Pierre Gasly all enjoyed the traditional Red Bull Junior Team Media Day at the Red Bull Ring on Wednesday. Beautiful Styrian spring weather graced the event and while construction work in preparation for June’s Austrian Formula One Grand Prix continues at a tremendous the three drivers were able to have a good deal of fun sampling the KTM X-Bows and Buggies that are available as driving experiences to all visitors to the Ring.

The main reason to bring the drivers together was to generate stock photos and moving images for the season and to give a chance for the three guys to share experiences and get to know each other. Sainz, the 19-year-old Spaniard, is in his 5th year as part of the Junior Team but 18-year-old Frenchman Gasly and 20-year-old Briton Lynn are newcomers.

“It’s great to have the new guys here,” asserted Sainz. “They are fast drivers and I am sure they will do well. We all know what an opportunity this is and it has been such a big part of my life as I have gone from my first days in an open wheel race car all the way up to Renault 3.5.”

“We are also all aware of the goal for all of us is F1 but that is not what I spend my time thinking about I know that I have to concentrate on the World Series and trying to win the championship. Daniil (Kvyat) showed last year what can be achieved,” concluded Dams driver Sainz, pointing out that the Russian was elevated from the Junior Team to Scuderia Toro Rosso taking the place of Daniel Ricciardo who had in turn been promoted to Infiniti Red Bull Racing so that all four F1 drivers are now Junior Team graduates.

Competing with Sainz in the Renault 3.5 series but in the Arden Motorsports team, Gasly is keen to capitalise on his great start to the year, matching the Spaniard at the head of the points table after two races. “It is great to be in the Junior Team with Carlos and Alex, they both have more experience than I do so I have much to learn. But of course I am also racing against them to be the best in the Junior Team and certainly with Carlos in Renault 3.5. It is a great step up for me after winning the Renault 2 litre series last year and a real test with much more power and downforce, a lot closer to F1 where of course I want to be.”

“It is a huge opportunity,” added Lynn. “I had a great season last year and of course the biggest thing was winning the F3 Macau Grand Prix. It all happened quite fast after that, a phone call from Dr Marko (Red Bull Motorsport Consultant) and I was soon in the team. I have the chance to show what I can do in GP3 with the Carlin team. We have had three great tests and I think we are really ready for the first race in Barcelona in two weeks. The Carlin guys have done a first class job and I believe all the hard work is going to pay off.”