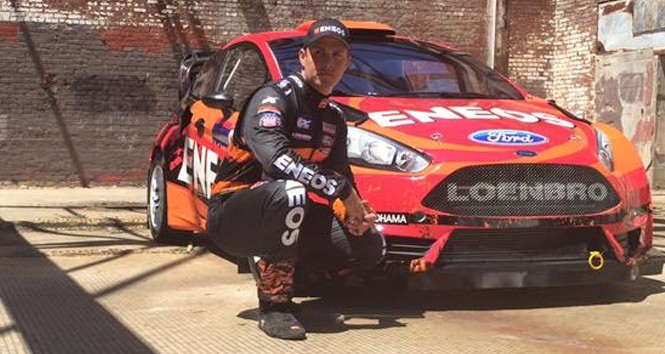 2014 Results: Arpin’s second Red Bull GRC season saw him take his first podium finish in the season-opening Top Gear Festival Barbados. He actually spent much of the year in the top five of Supercar points, before vehicle issues through much of the second half of the year dropped him to seventh in the championship standings.

What’s New in 2015: Everything except for car number and manufacturer. Arpin joins the world-renowned Chip Ganassi Racing as they make their first step into rallycross, racing with a new title sponsor in Eneos and a brand-new M-Sport Ford Fiesta ST.

Strengths: If Andretti Autosport set new standards for Red Bull GRC teams in 2014, then the Ganassi operation is preparing to raise the bar even higher. Nobody will benefit from that more than Arpin, who will be the lone championship contender for the team; teammate Brian Deegan will once again run a limited schedule. The value of working with Deegan, who has the second most podium finishes in Red Bull GRC history, can’t be understated, either.

What To Watch For: Arpin knows how to come out of the gate hot—in each of the past two years, he’s scored his season-best finish in the opener. But both times he’s slid down the standings a little bit with some difficult results later on. In season three, it’ll be up to the popular Canadian to prove that trend had more to do with his old car than anything else, something he’s been preparing all offseason to do.

Outlook: If you’re looking for an interesting, but reasonable, championship pick, Arpin’s your guy. His two years of rallycross experience and high spirits going into the year will ensure that Ganassi’s winning expertise in IndyCar, sports cars, and NASCAR won’t go to waste.