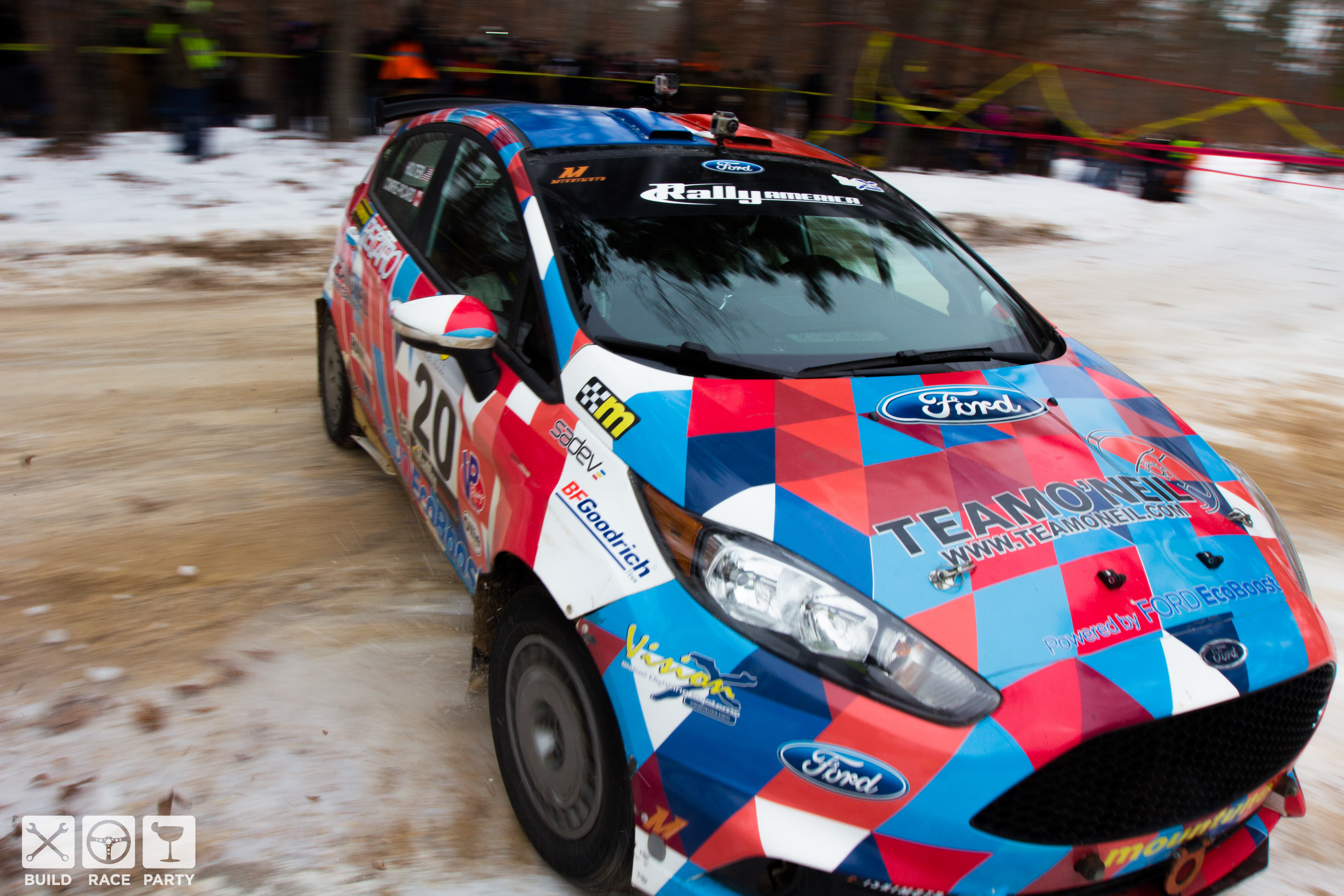 Congratulations to David Higgins & Craig Drew for winning the 2015 Rally in the 100 Acre Wood.  David and Craig dominated at this weekend’s snowy rally. With ice covering 50% of the roads on day 1 and steady snow on day 2 with 6+” of accumulation, this was a true snow event. The 2015 Subaru WRX STI handled the treacherous conditions with ease and performed flawlessly all weekend.

“These were some of the toughest conditions I’ve ever driven on,” explained Higgins at the podium. “There was a mix of everything. At a snow rally you at least know you are dealing with ice or snow, but here we also had gravel, frozen gravel, icy gravel and everything in between to go with the snow. Then when it began to snow late in the event the fresh snow hid the icy parts from view.”