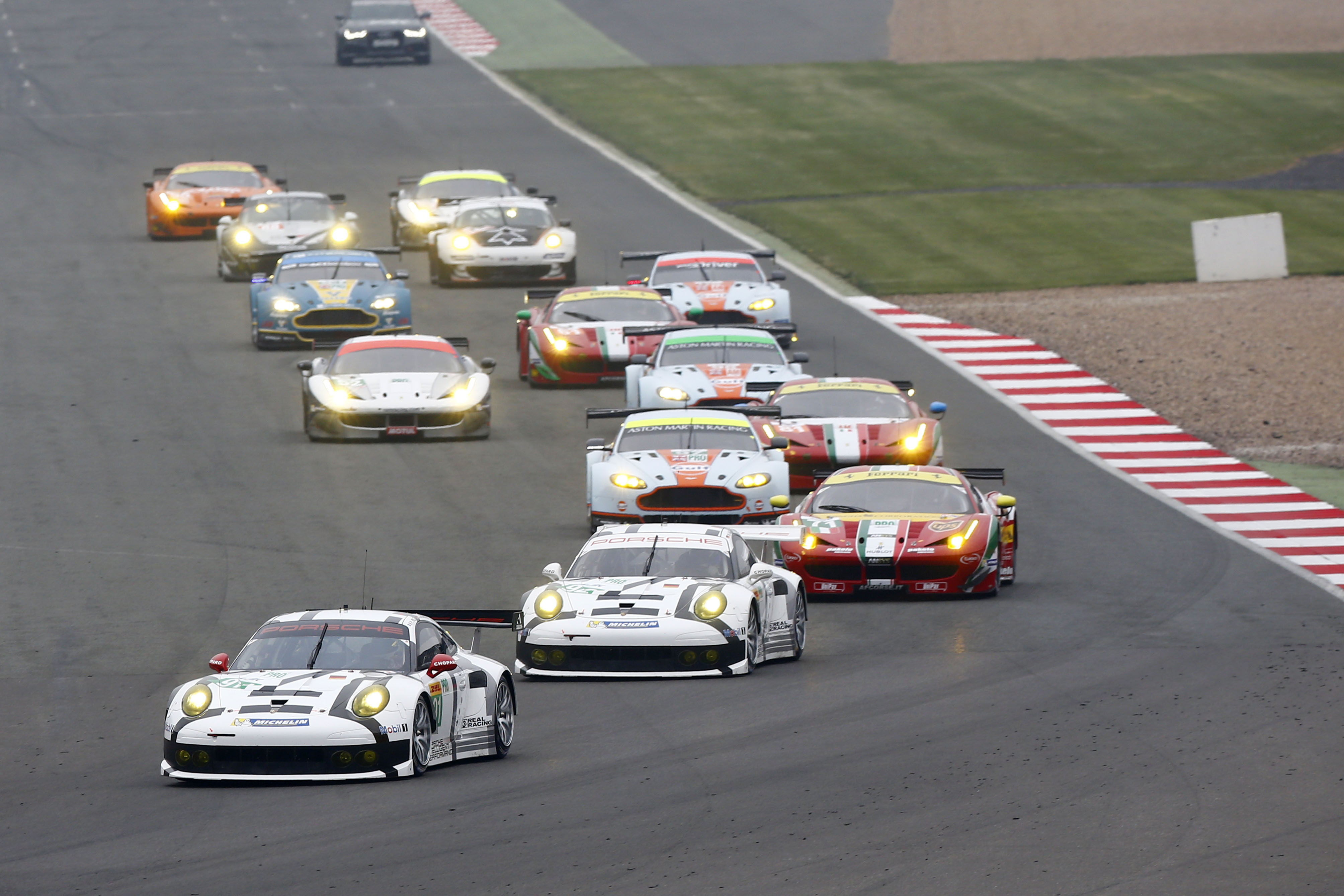 The six-hour race in Spa-Francorchamps on 3 May is only the second event for the new Porsche Team with the highly complex Porsche 919 Hybrid. But, at the same time, it is the last race before the season’s highlight at Le Mans on 14 – 15 June.

The challenging Spa-Francorchamps circuit in the Belgian Ardennes has several things in common with the Circuit de 24 Heures in Le Mans: a relatively long lap (7.004 kilometres) and impressive full throttle sections. However, the differences in elevation are significantly bigger than in Le Mans. Long uphill sections require the utmost power from the efficient hybrid cars. Every race driver has respect for the daunting Eau Rouge corner. When braking for the chicane after the high speed Blanchimont section, the G forces press the drivers back in their seats. Furthermore, to talk about the weather in Spa often means touching on a serious topic. 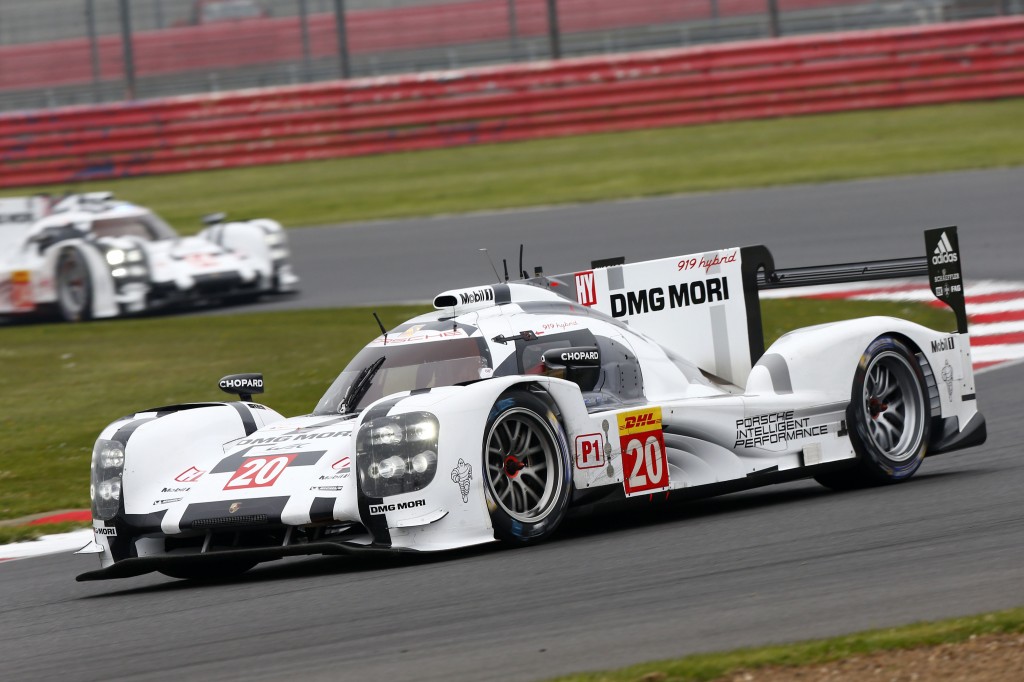 According to the new regulations of the FIA World Endurance Championship, the Porsche 919 Hybrid drive systems are allowed to produce (recuperate) 4.78 Mega-Joules of electrical energy per lap in Spa, store it and use it to power the electrical engine on the front axle; 4.78 Mega-Joules correlate to 1.33 kilowatt hours (kWh), which is the common unit of measurement for normal household electricity consumption. Calculating that the six-hour race will be run over 170 laps, each of the Porsche 919 Hybrid cars can produce 226.1 kWh. This is almost the amount of electrical energy a standard household in Germany uses during an entire month in summer. This gives a compelling indication of the new technology’s huge potential for future hybrid driven road cars.

The Spa 6 Hours will be green flagged on Saturday, 3 May, at 14:30 CET and finishes at 20:30 CET. The final two hours of the race will be shown live on television by Eurosport, as well as earlier highlights.

At the World Championship opening round in Silverstone the trio of drivers in car no. 20, Timo Bernhard (Germany), Brendon Hartley (New Zealand) and Mark Webber (Australia), finished third. The no. 14 sister car of Romain Dumas (France), Neel Jani (Switzerland) and Marc Lieb (Germany) failed to score points because of drivetrain problems.

Quotes before the race
Fritz Enzinger, Vice President LMP1: “We can build on our Silverstone performance. Even with difficult weather conditions, the new Porsche Team has managed to have a very solid debut. Our drivers were outstanding, and in the pits we made the right calls. But we have to keep our feet on the ground, as there are countless more situations ahead during which we will find ourselves first timers. The second Championship round is the dress rehearsal for Le Mans. Our main target for Spa is clearly to finish the race with both Porsche 919 Hybrids.”

Romain Dumas (#14): “Spa is one of my favourite circuits. It has great high-speed sections, slow corners, differences in elevation and a great racing atmosphere with passionate fans. I have won quite a few races there – the 24 Hours twice, a race in a LMP1 car two years ago and, earlier in my career, a Formula 3000 race. I think we had a good performance in Silverstone and in Spa we will be even better.“

Neel Jani (#14): “Our first entry as a team in Silverstone worked quite well and we have learned a lot that should allow us to take the next step in Spa. In terms of aerodynamics, again we will only have a small amount of aerodynamic downforce, but we have a good top speed and this should count more in Spa than it did in England. In case it rains again, downforce doesn’t matter anyway. Being the last rehearsal for Le Mans makes the six hours of Spa even more exciting for all of us.”

Marc Lieb (#14): “Spa is a downforce circuit and the LMP1 car has a lot more downforce than a GT car. I am very much looking forward to going through Eau Rouge for the first time with the 919 Hybrid. The question, whether you can take this corner flat out or not, is exciting! The circuit has a very beautiful flow to it and is always a challenge. One of the nicest memories of my career comes from Spa, where I won outright in my very first 24 Hour race back in 2003.”

Timo Bernhard (#20): “Spa is going to be nice. It is a great track, a drivers’ circuit and it has a long sports car tradition. I expect lots of fans there. Not only from Belgium, as it is also easy to get there for the Germans, the Brits, the French and the Dutch. For me, it’s only 200 kilometres from home, which means my family will come along. The podium finish in Silverstone gave us an extra momentum to learn even quicker. Plus it gave us Championship points. It’s a long time since I have raced for points, as in 2011 we didn’t have a drivers’ Championship, so only Manufacturers could score.”

Brendon Hartley (#20): “I think every driver loves Spa and I do as well. It is one of the best tracks in the world. I have driven all sorts of cars there. In 2012 I made my debut in endurance racing there and finished on the podium. Spa should suit our car more than the Silverstone circuit did. The straights are not quite as long as in Le Mans, but we will see very impressive speeds there. The famous Eau Rouge corner requires a lot of respect and we will see whether we can take it at full throttle or not.“

Mark Webber (#20): “We were all so excited and keen to get the first race out of the way and pull off a clean weekend with qualifying and the race, which went better than we expected. So now going to Spa shortly after the first race is good for us to try and continue the momentum. The dialogue in the team between all the drivers, the engineers and the Porsche Motorsport HQ in Weissach has been phenomenal when looking for areas where we can keep improving, which is a no-brainer as we’ve only done one race. There is a bit of excitement in the camp, but we have our feet on the ground. We haven’t had two cars finish yet, so we’d like to do that and get both the no. 14 and no. 20 home.” 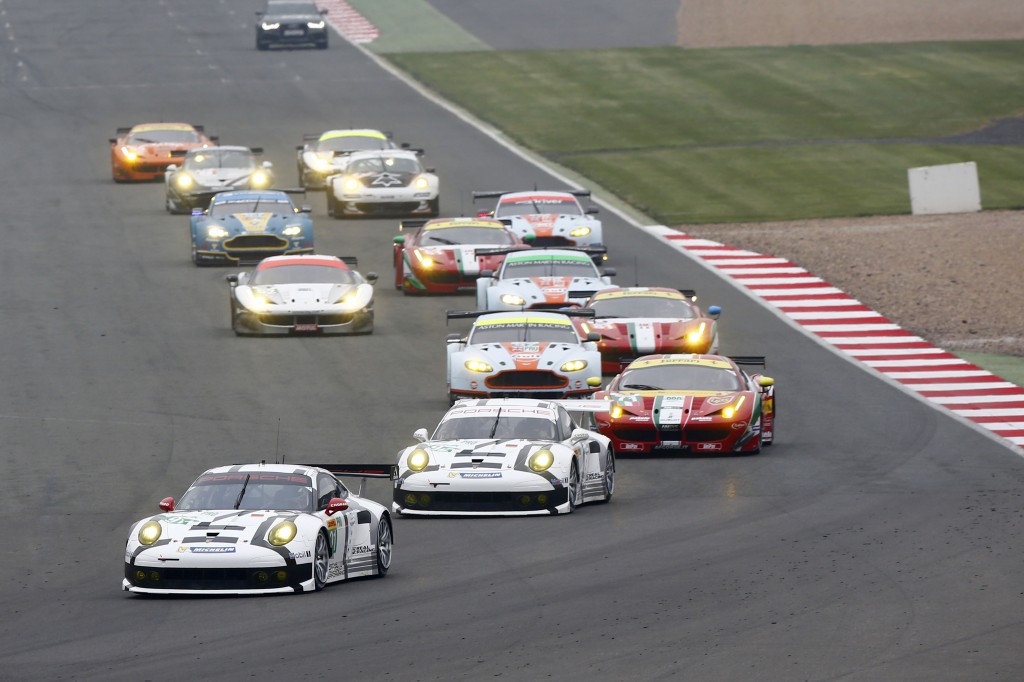 Statistics after 1 of 8 World Championship rounds:

The Porsche 919 Hybrid
With two different energy recovery systems the Porsche 919 Hybrid is the most complex race car the Stuttgart sports car manufacturer has ever built, and serves as the fastest mobile research laboratory for future road cars. The lightweight prototype is trimmed for extreme performance and efficiency. Besides the kinetic energy recovery system (MGU-K) under braking, the 919 Hybrid recuperates thermal exhaust energy (MGU-H) when accelerating. The combination of these two systems means a step into unknown territory for Porsche and a unique feature in the entire WEC. When the driver recalls the stored energy from the liquid-cooled lithium-ion battery packs, an electric motor drives the two front wheels. This power adds to the combustion engine (downsizing 2.0 litres V4-cylinder, turbocharged with direct injection) and this way the two systems result in temporary all-wheel drive.

Porsche Team Manthey eager to defend GT points lead in the Ardennes
After clinching a double victory at the Silverstone season-opener, Porsche Team Manthey heads to Spa-Francorchamps on 3 May to tackle the Six Hour race as the leaders of the GTE-Pro class. The squad fields two Porsche 911 RSR on the famous circuit in the Ardennes, admired and respected for its daunting Eau Rouge corner. Round two of the World Endurance Championship (WEC) for sports cars is regarded as the dress rehearsal for the Le Mans 24 Hours on 14/15 June.

The Porsche drivers
Four works drivers contest the race for Porsche Team Manthey with the Porsche 911 RSR in the GTE-Pro class: Marco Holzer (Germany) and Frédéric Makowiecki (France), the winners of the season-opener at Silverstone, share the 911 RSR with the number 92. Joerg Bergmeister (Germany) and Patrick Pilet (France) pilot the number 91 sister car. Richard Lietz (Austria) and Nick Tandy (Great Britain), who were a part of the Porsche Team Manthey at their double win at Silverstone, contest the Laguna Seca (USA) round of the Tudor United SportsCar Championship on the same weekend. In the GTE-Am class, Porsche Junior Klaus Bachler (Austria) shares driving duties in the 911 RSR of the Proton Competition customer team with Christian Ried (Germany) and Khaled Al Qubaisi (Abu Dhabi).

The Porsche 911 RSR
The Porsche 911 RSR is based on the seventh generation of the iconic 911 sports coupe. The successful 470 hp racer from Weissach celebrated its race debut in 2013 and scored a brilliant double victory at its first ever 24 Hours of Le Mans. After receiving improvements in many areas for the 2014 season, the vehicle won the long distance classics at Daytona and Sebring, before its one-two at Silverstone. The WEC Endurance Committee this week decided to, within the scope of the Balance of Performance regulation, increase the vehicle weight of the 911 RSR in both the GTE Pro class and the GTE Am class by 25 kilograms.

The schedule
The 6 Hour race in Spa-Francorchamps starts on Saturday, 3 May, at 14:30 CET. Eurosport broadcasts the last two hours of the race live from 18:30 CET.

Quotes before the race
Hartmut Kristen, Porsche Head of Motorsport: “After the successful start to the season in the USA with victories at the long distance classics in Daytona and Sebring, the 911 RSR headed into the WEC season with a double victory at Silverstone. This has, of course, tremendously motivated the entire squad to throw themselves into preparations for the Le Mans 24 Hours which is the ultimate highlight of this season. We were given a tough penalty for our success. From Spa onwards, the 911 RSRs have to line up on the grid with an extra 25 kilograms on board. But our drivers and the team have shown that they are able to respond quickly to changing conditions and with the right strategies.”

Joerg Bergmeister (# 91): “I look forward to Spa. It’s a classic race track with a lot of fast corners, which demand everything from a driver. We will, of course, try to carry on from where we left off at Silverstone. The way we performed at the season-opener is a good omen for success in Spa.”

Patrick Pilet (# 91): “I think Spa is one of the most beautiful race tracks in the world. Sometimes the changeable weather can be a problem in the Ardennes. It can be dry at one end of the track and already be raining at the other. You just have to expect surprises around every corner. But that’s what makes it so interesting.”

Marco Holzer (#92): “Spa is one of my favourite circuits – a huge challenge for every race driver. I’m looking forward to my first race there with the 911 RSR. We couldn’t have wished for a better start to the season than at Silverstone. We learned a great deal there, especially about our tyres. Obviously our aim for Spa is to defend our lead.”

Frédéric Makowiecki (#92): “To win my first race as a Porsche works driver was a dream come true. Everything worked well, at the track and in the pits. I immediately felt at home in the Porsche Manthey team. We are a family, and this is precisely what I need in order to do my best. I’d love to continue the dream in Spa.”