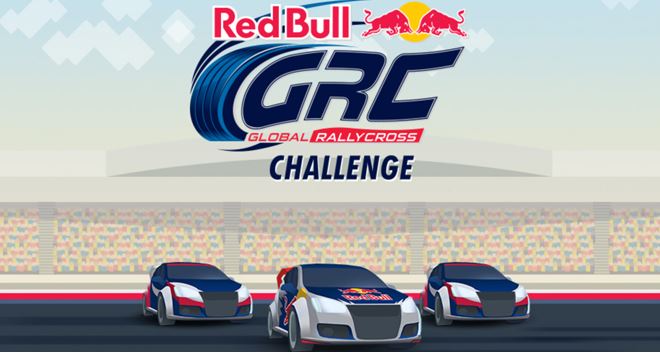 Have you ever wanted to get on the track and race Red Bull Global Rallycross? Of course you have. Well, want no more, as we present the official Red Bull Global Rallycross Challenge game. No longer does it take other-worldly ability behind the wheel like Joni Wiman to be a GRC champion. Just register and you’ll be ripping around the track in no time. When your friends ask if you did anything cool yesterday, you can respond, “Yeah, just casually race a few rounds of Red Bull GRC. That horsheshoe at Detroit is a doozie, let me tell you.” Their jaws will hit the floor, and you will triumphantly rule the day knowing that you did something cooler than them. Sure, you may have just relaxed at your computer and played with the arrow keys, but you still technically have not lied.

The Red Bull GRC game takes players through five different race venues, with a sixth to be announced July 1, where racers can compete for different prizes, with two Grand Prize winners (one from general population, one from the military) winning a VIP experience for two at a 2015 Red Bull GRC event, a prize valued at a cool $5,000. As players work their way up through the ranks, they can unlock new, unique cars along the way including the Red Bull GRC car. So stretch those fingers, throw on those racing gloves, and remember, only one run through the Joker Lane per race in the  Red Bull Global Rallycross Challenge game.

Red Bull’s 2015 limited edition camouflage-themed can will be available through military channels from Memorial Day through the end of July. For the fourth year, a portion of the proceeds from cans sold on military bases will benefit the Military Warriors Support Foundation. The 2015 can design incorporates the Red Bull Global Rallycross series, which will host an event stop this summer at a military base. The stop will be the first ever Red Bull Global Rallycross event to take place on a military base, and will air on NBC on July 5th at 5 pm EST.

Play the game now at rbgrc.redbull.com.