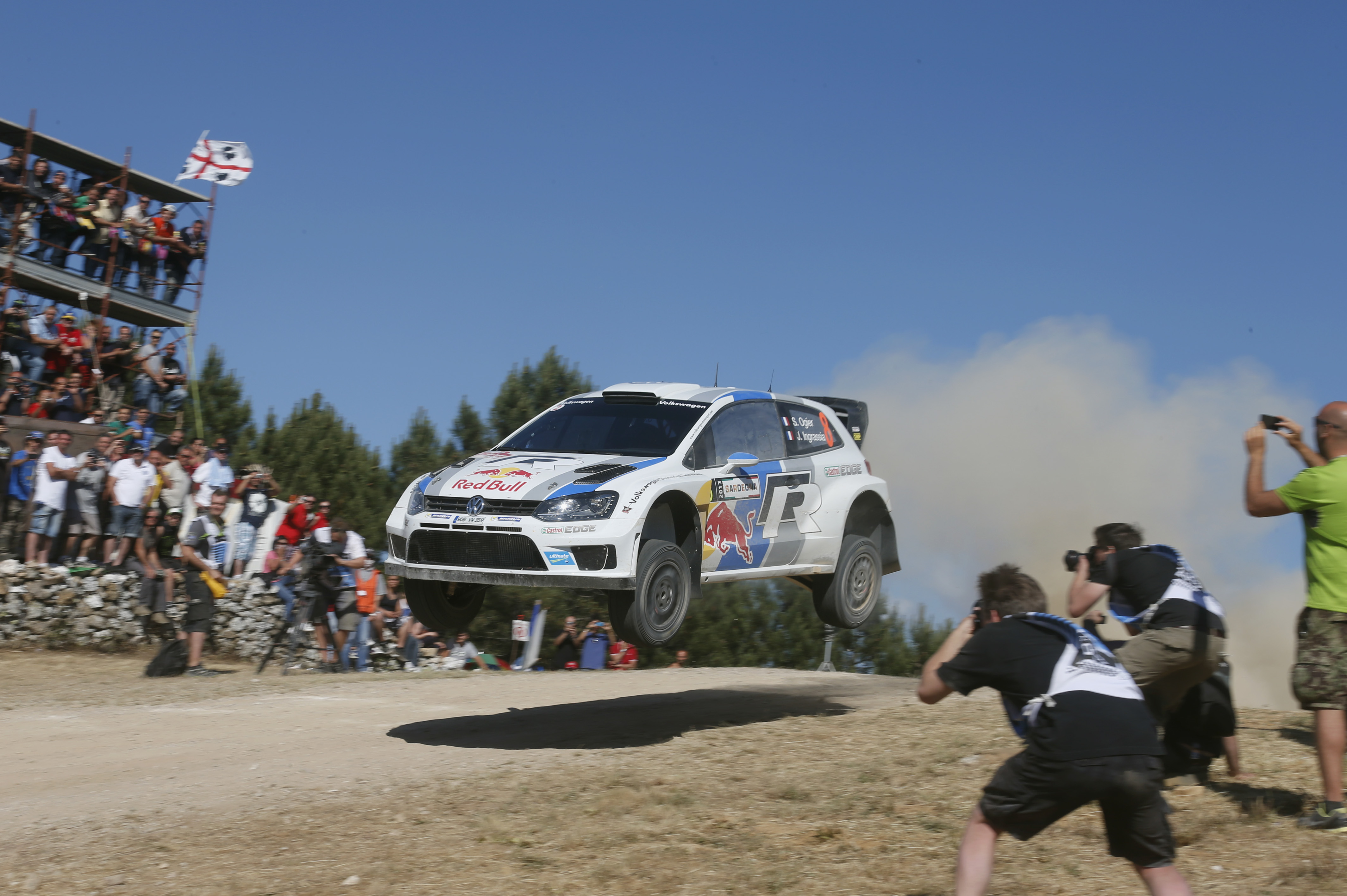 The duel for the overall lead in the FIA World Rally Championship (WRC) is once again Polo R WRC against Polo R WRC at round six of the WRC. Sébastien Ogier/Julien Ingrassia (F/F) and Jari-Matti Latvala/Miikka Anttila (FIN/FIN) line up at the Rally Italy (05–08 June), each with the goal of improving their position in the World Championship. One pair has its sights set on extending its lead, whilst the other is looking to leapfrog their team-mates in the Drivers’/Co-Drivers’ Championship. As such, there is every chance that the all-Volkswagen duel between World Champion and challenger – or first against second in this year’s championship – will be just as thrilling as it was at the latest round in Argentina. Ogier currently leads Latvala by 24 points. Their closest rival: fellow Volkswagen driver Andreas Mikkelsen (N), who lines up alongside his former co-driver Ola Fløene (N) in the pinnacle of rallying for the first time. Mikkelsen is a further 40 points behind Latvala. 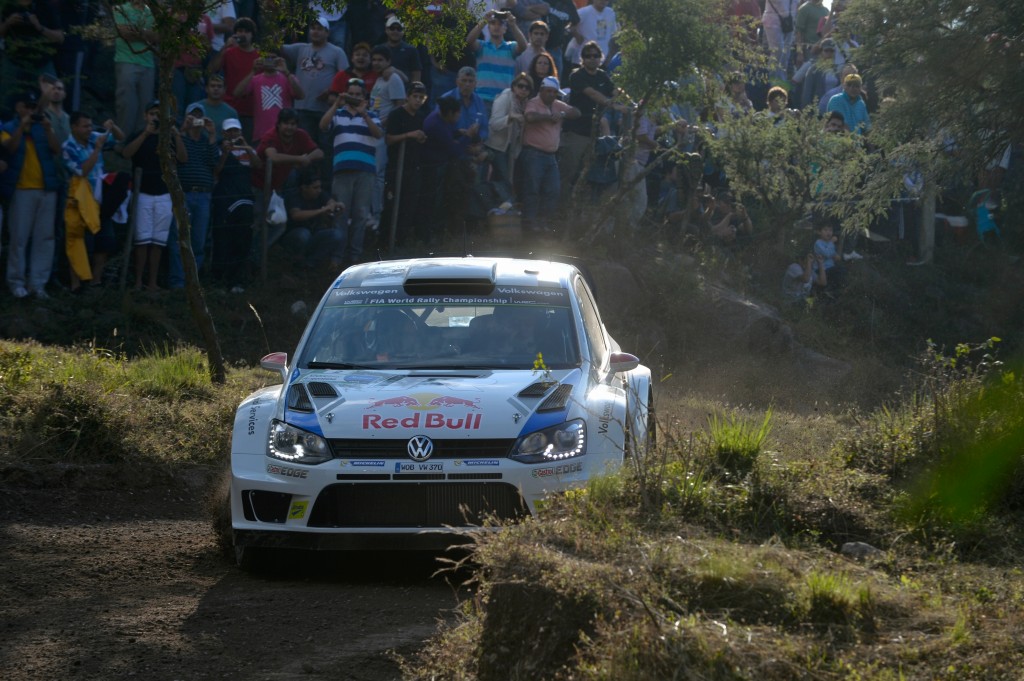 “Volkswagen currently finds itself in a privileged situation in the World Rally Championship,” said Volkswagen Motorsport Director Jost Capito. “The whole team is working hard and focussed on success, and is consistently providing our three drivers with top material. Sébastien Ogier, Jari-Matti Latvala and Andreas Mikkelsen are paying them back in the form of outstanding performances and first-class results. First second and third in the Drivers’ Championship and first place in the Manufacturers’ Championship are emphatic proof of this. Fans in Italy and those watching the WRC from home can once again look forward to fair and top-class motorsport. I have to say: anyone who does not follow the action on Sardinia will miss out.” 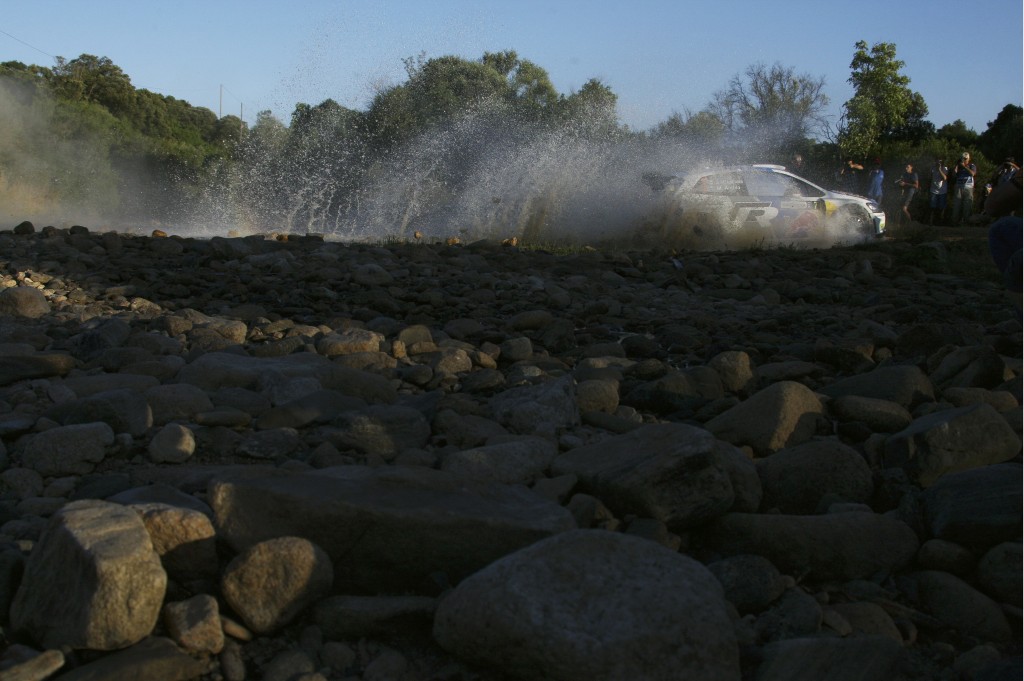 Typical Volkswagen: team orders a no-no in the fight for the World Championship 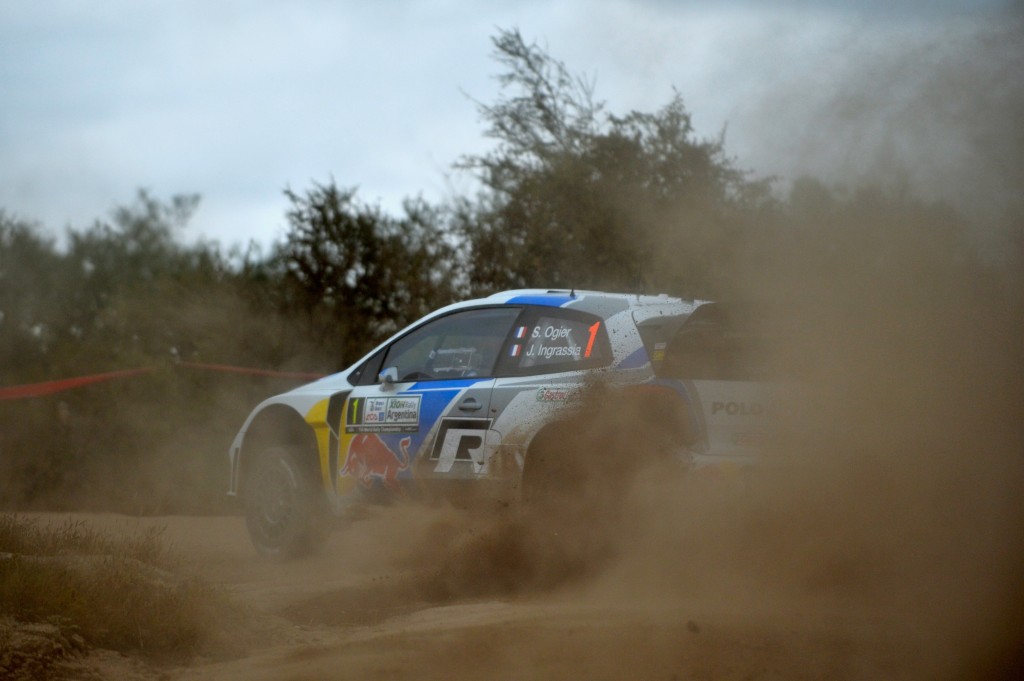 The Rally Italy is the fourth gravel rally in a row, and features narrow sections on a layer of loose, fine sand. Long stretches of the route are also lined by boulders close to the road edge. Anyone drifting excessively risks destroying their suspension. As well as a neat driving style, the drivers must also be able to take good care of their tyres. The drivers in the top category – WRC – have access to a maximum 25 tyres, as well as the four they use for the shakedown. And the heat could also play a role at the Rally Italy: the summer temperatures found on Sardinia in June may be pleasant for those relaxing on the beach, but not so for those in the cockpit of the WRC cars on the Rally Italy’s long stages. 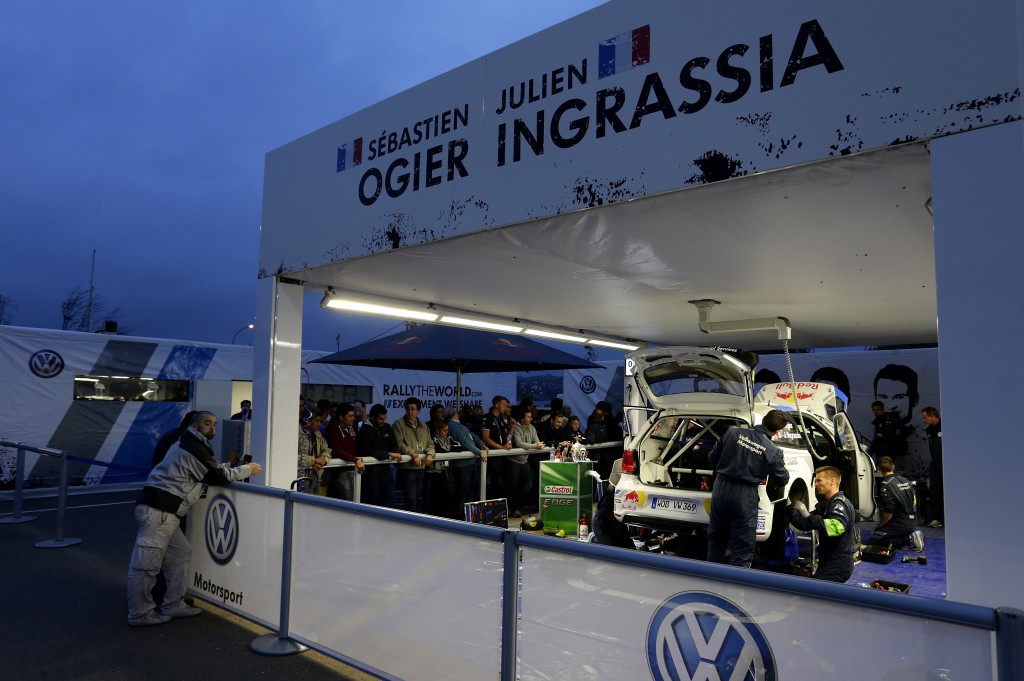 From Olbia to Alghero: new rally base, same character

For the first time since 2004, when the Rally Italy was held on Sardinia for the first time, the rally is based in Alghero. The town of 40,000 inhabitants on the west side of the island, also known as “Little Barcelona” replaces Olbia as the venue for the Service Park. The event opens in Cagliari this year. One thing that remains unchanged is the basic character of the Rally Italy. Just 74.65 of the 364.92 kilometres against the clock are different to last year. Two special stages have been combined to form the new “Monte Lerno” stage – at 59.13 kilometres, the longest encountered on the 2014 WRC calendar so far. The itinerary consists of a total of 17 special stages. The final “Cala Flumini” stage also forms the Power Stage, with bonus points towards the Drivers’ and Co-Drivers’ Championship up for grabs for the top three duos. The stage, which is held at 12:08 on the Sunday of the rally, will be broadcast live on TV. 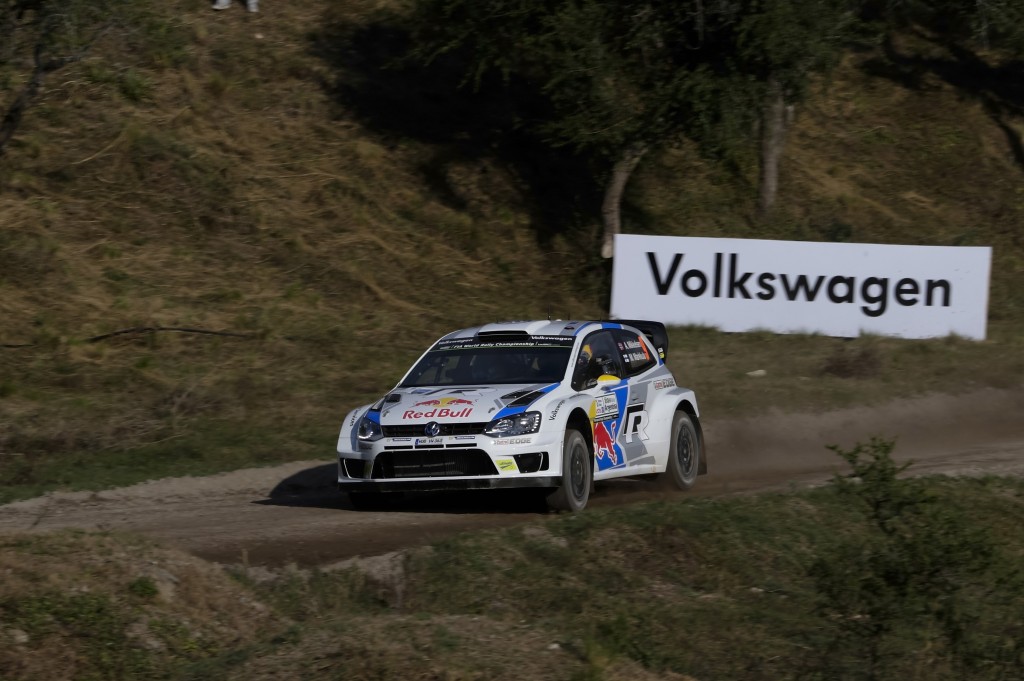 Night over Cagliari, take off on Monte Lerno – the highlights

The 2014 Rally Italy gets off to a spectacular start with the “Citta’ Di Cagliari” special stage. At 21:13 on Thursday, 27 minutes after sunset, the World Rally Cars will set off on a brief 1.30-kilometre charge through the harbour district near the town centre – the only tarmac stage. However, the real highlight of the Rally Italy is “Micky’s Jump” on the Monte Lerno stage. The legendary jump, which comes after a right-hander and sees the cars take off before landing on a downslope, was crowned “FIA Motorsport Moment of the Year” in 2013 – when Sébastien Ogier’s Polo R WRC landed perfectly in the dip. 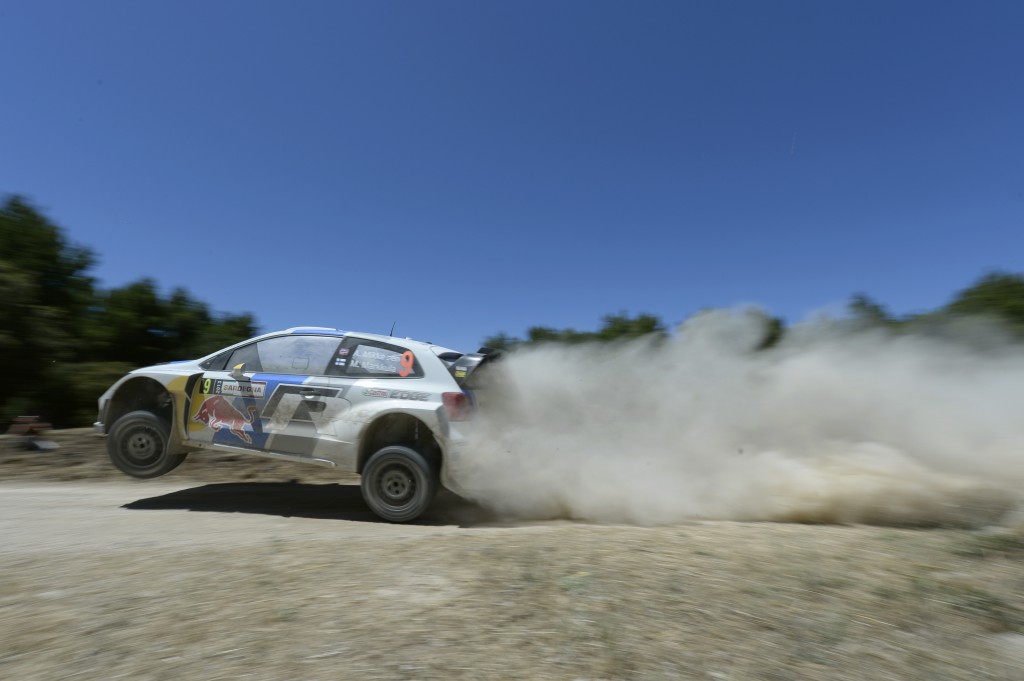 The new and old pairing of Andreas Mikkelsen/Ola Fløene (N/N) is making its debut in the Polo R WRC. In the popular Ola Fløene, Mikkelsen has turned to the first co-driver of his rally career: the two Norwegians paired up between 2006 and 2012, winning back-to-back titles in the Drivers’ and Co-Drivers’ Championship in the 2011 and 2012 Intercontinental Rally Challenge (IRC) – now the European Rally Championship. In 2012 they were also involved in Volkswagen Motorsport’s apprentice year in the WRC, when the team and drivers contested the season in a Škoda Fabia Super 2000. Andreas Mikkelsen and his previous co-driver Mikko Markkula split by mutual agreement. For Mikkelsen this means switching back to Norwegian in the cockpit, while the further-developed system of pace notes remains unchanged. 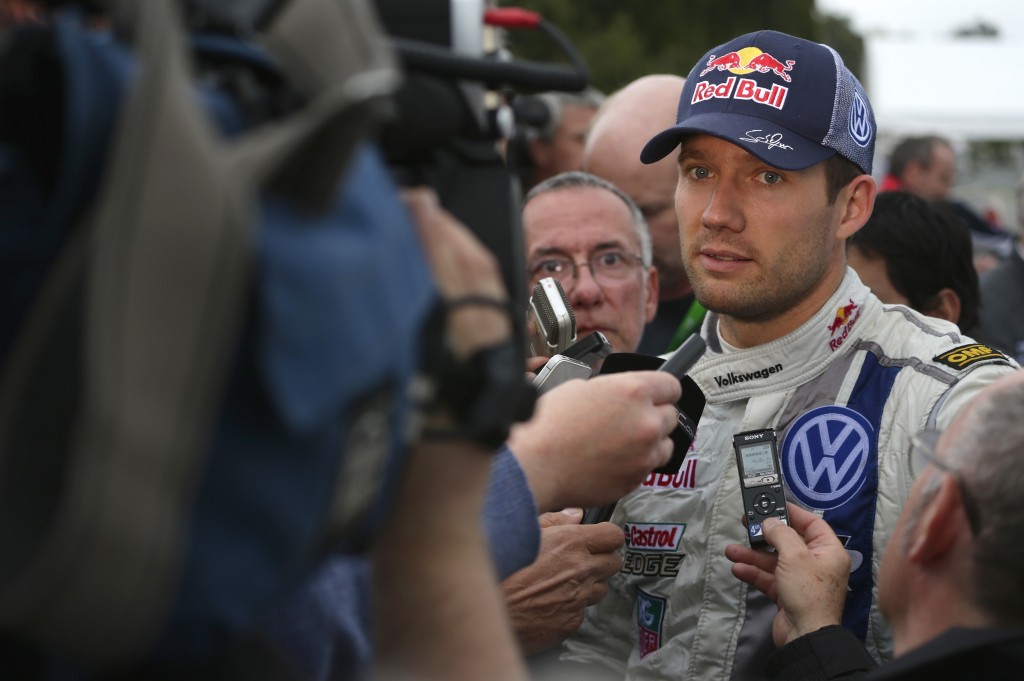 Sébastien Ogier, Volkswagen Polo R WRC #1
“After the extremely rough and muddy stages in Argentina, I am really looking forward to the rally on Sardinia. The quick gravel routes are far better suited to my driving style. As first out onto the route on Friday, it may be particularly difficult for Julien and me on the loose sand, but I still think I have a good chance of winning. I have always felt very comfortable on Sardinia and my results have always been good here. As of late, my toughest rival will be my team-mate Jari-Matti Latvala. And I can promise Jari-Matti and the fans: it will definitely be a spectacular and exciting duel.” 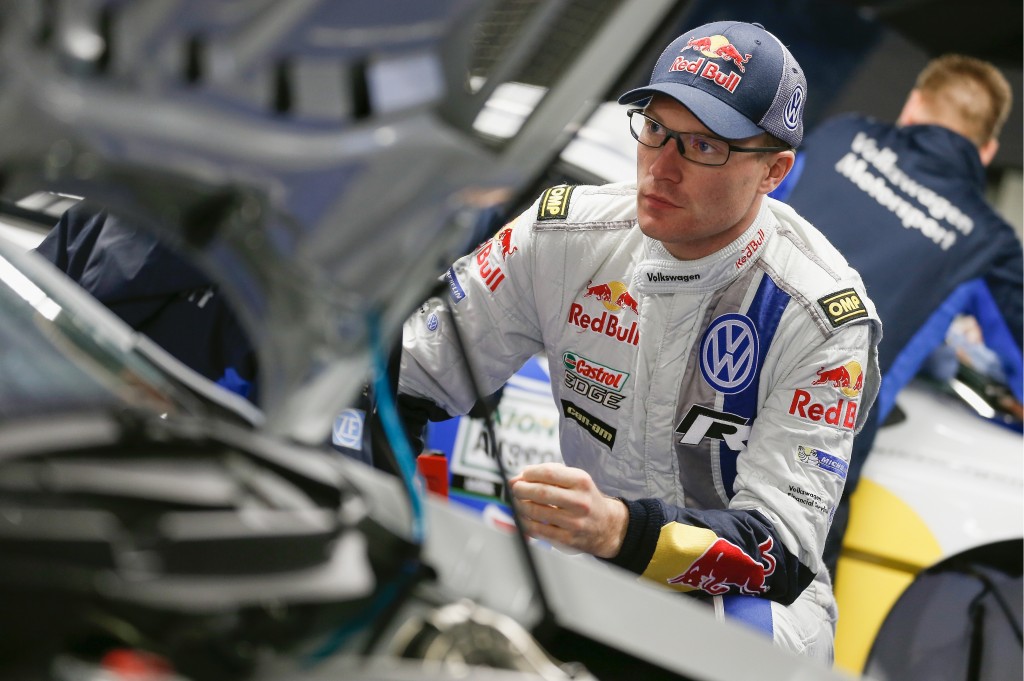 Jari-Matti Latvala, Volkswagen Polo R WRC #2
“There are a few rallies on the WRC calendar, to which I particularly look forward – and the Rally Italy is one of them. The surface is a little like the Rally Portugal, although the corners in Italy are more easily visible. The surface is also more slippery than in Portugal, because the top layer is very sandy. However, there will also be greater grip once the route has been ‘cleared’ by a few cars. The streets are pretty narrow and the trees and rocks can be very close. Despite this, it does not take long to find a rhythm on the special stages. There is little room for drifting, so we will have to be careful and not apply too much pressure at the start. Last year we were fastest in qualifying in the Polo R WRC, but unfortunately we then suffered a puncture on the opening special stage. Miikka and I did manage to fight our way back to third place, however. After the win in Argentina, I obviously travel to Italy full of confidence and with my sights set on challenging for another victory. My goal is to finish in the top three.” 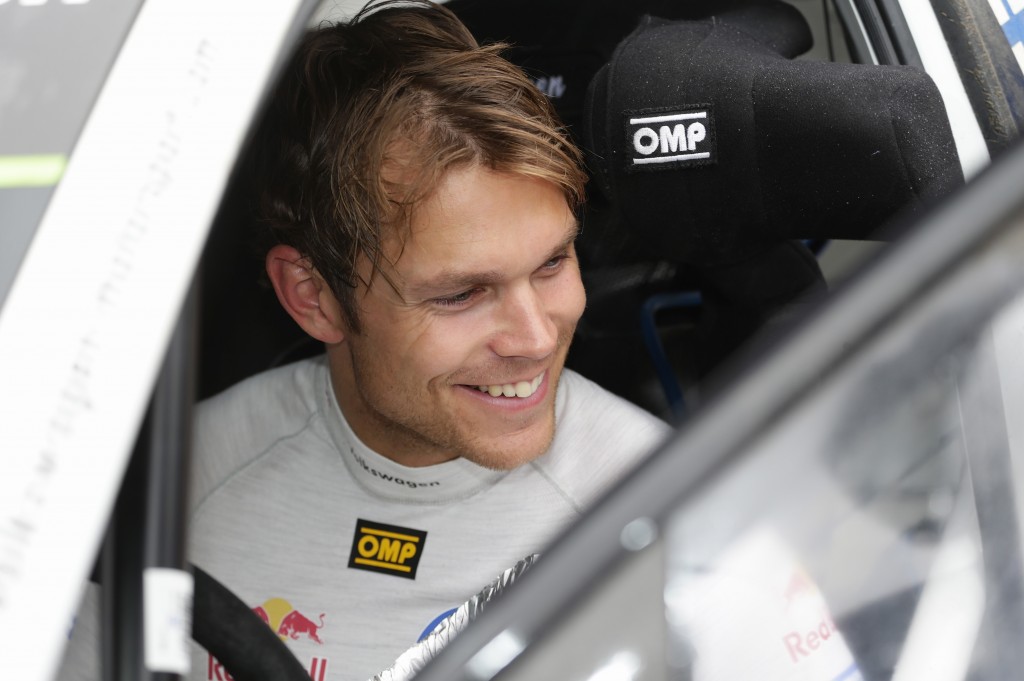 Andreas Mikkelsen, Volkswagen Polo R WRC #9
“It is great to have Ola back in the cockpit. We might not have been able to tests prior to the Rally Italy, but I don’t think that will be a problem. We have both known each other for such a long time, and have only been apart for a short time. We will not change anything with regards the pace notes – apart from the fact that they will now be in Norwegian again, rather than English. Whatever happens, the goal will be to complete a clean, error-free rally. A top-five result would ultimately be fantastic. If you analyse previous years at the Rally Sardinia, you will see that many drivers have been hit by punctures or retirements. As such, the priority will be not to do anything stupid and to look after the car. I am particularly looking forward to the ‘Monte Lerno’ special stage with Mickey’s Jump, which is a genuine highlight every year. At almost 60 kilometres it is the longest stage of the year so far. It doesn’t make much difference to me whether it is a long stage or a short one, as I believe I am in good physical condition. However, alternating between short sprints and long special stages is good for the drivers, co-drivers and spectators. And the Rally Italy does exactly that.”