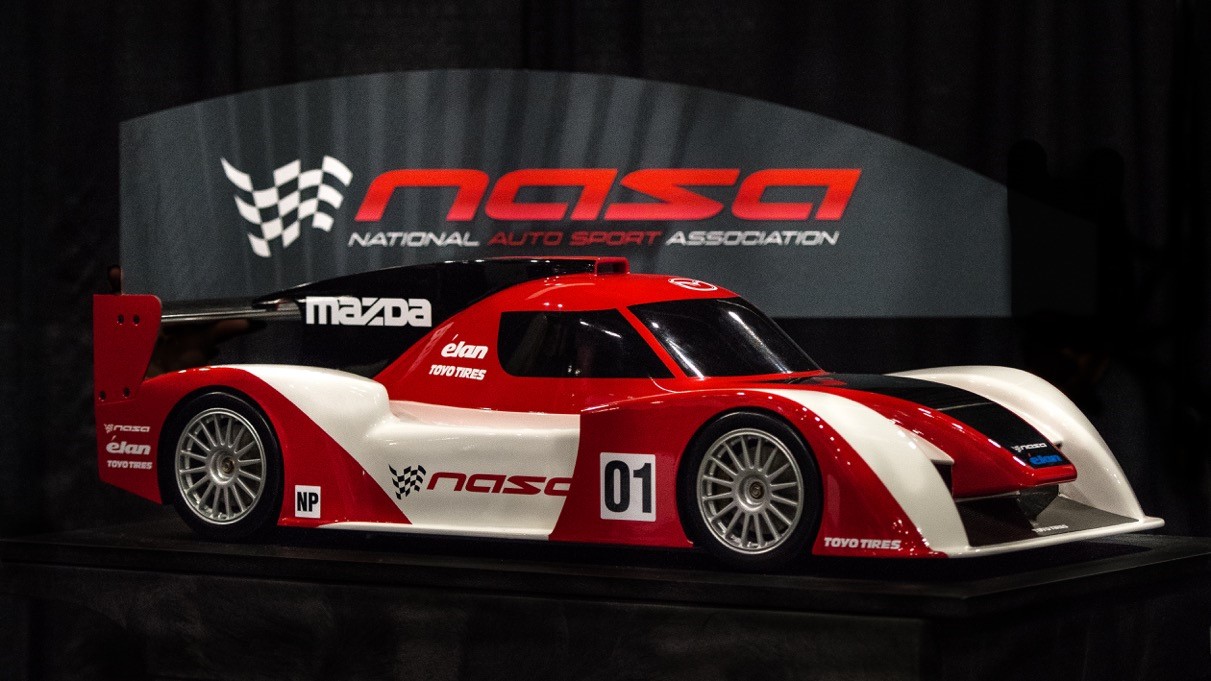 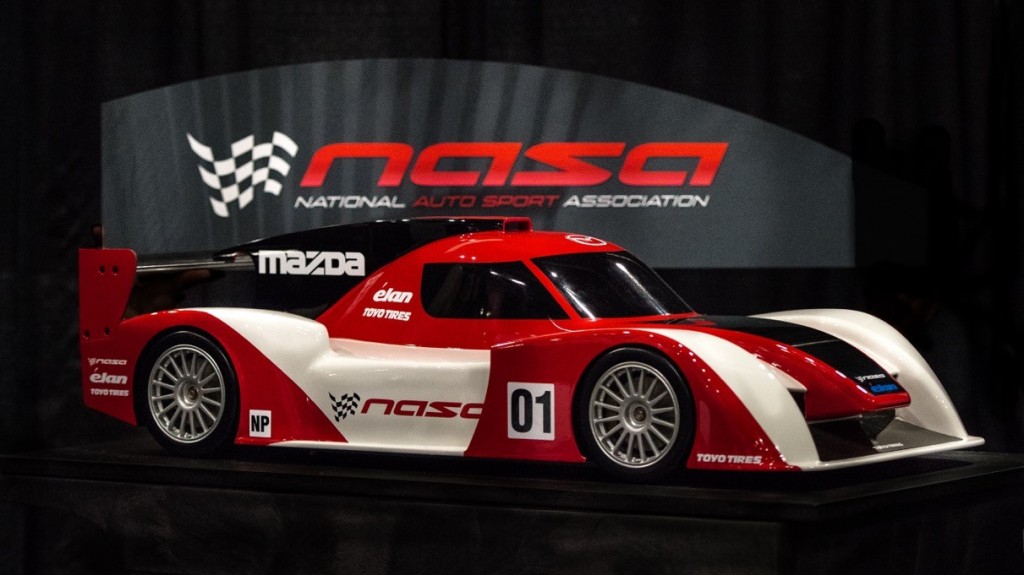 The National Auto Sport Association (NASA) unveiled today during the PRI Show an exciting new prototype series that will be called the NASA Prototype series (NP). The NP series will debut in fall of 2015.

NASA partnered with Élan Technologies to design and construct the NP01. Élan will build each NP01 to order and ship them either as an easily assembled kit or completed vehicle per the customer’s request. The NP01 will be unlike anything currently available in motor racing. With an introductory complete kit price of just $59,995, the affordable new prototype will feature a closed cockpit design for increased driver protection. The NP01 weighs just 1550 lbs. and boasts an estimated top speed of 155 mph. The NP01 will be powered by a sealed 185-horsepower, 2-liter Mazda power plant mated to a 6-speed sequential transmission.

“The NP Series will feature a brand new spec prototype chassis designed specifically around the goals that make NASA competition so attractive to competitors – easy access to local racing with the chance to compete for a season ending class championship,” said Ryan Flaherty, NASA National Chairman. “The NP Series will offer something unique in all of motorsports – the opportunity to race a prototype style vehicle designed from the ground up to be fast, fun, safe, and most importantly affordable. This new series is exclusive to NASA. Drivers will be able to compete at over 150 NASA sanctioned events nationwide. The series will visit many of the country’s greatest racing venues with the opportunity to run for a NASA Championship crown at either Virginia International Raceway or Mazda Raceway Laguna Seca. The NP01 will feature an innovative rules package focused on performance, affordability, cost containment, and driver ability.”

“The power-to-weight-ratio will make quick work of any straightaway before approaching the corner where drivers will appreciate the downforce produced by the front splitter, rear diffuser and adjustable rear wing,” said Mark Sanderson of Élan Technologies. “The NP01 will run on spec Toyo Proxes RR competition tires to further equal the field and accentuate driver ability as well as help to keep costs in check.”

The NP01 is specifically designed around the idea that it must be fast, safe, reliable and easy to maintain. Élan Technologies utilized a component design approach for the bodywork that consists of fenders, engine cover and front hood sections as individual pieces. If one of the pieces is damaged, for example a small fender, it is easier and more cost effective to replace it than an entire front nose piece. Much of the hardware on the car has been standardized to simplify maintenance as well. This translates into cost savings that all competitors will really appreciate.

Director of Motorsports, Mazda North American Operations John Doonan weighed in: “NASA has outdone itself again. Through innovation and a clear vision to provide the grassroots community with competitive, safe, and affordable racing, NASA’s Prototype series will be a place for many to test their mettle. We are humbled by and proud of NASA’s decision to power these race cars with Mazda engines as reliability and performance are at the core of our technology.”

“Toyo Tires and NASA have enjoyed a long and successful partnership, and we are excited to work closely with the talented team at Élan Technologies on this new endeavor,” said Marc Sanzenbacher, senior manager, Competition Performance Products Division, Toyo Tire U.S.A. Corp.  “The Toyo Proxes RR has proven to be in a league of its own when it comes to balancing the ultimate in performance with consistent lap times and a long life.  These are all factors that make it the natural choice for affordable road racing such as this new spec series.”

“I’m very excited about this new NP Series” said Jeremy Croiset, NASA Director of Business Development.  “It is truly unique and innovative in the world of motorsports. Most racing drivers only dream of piloting a professionally built prototype and this new series will provide everyone that opportunity at a truly affordable price point. I would even go as far as to say that this vehicle will likely be the cheapest to purchase and operate factory prepared purpose built race car on the planet. I can’t wait to see what the NASA membership thinks of this new offering. Working with Élan Technologies on this project has been a privilege. They have established themselves in the motorsports community as one of the premier chassis manufacturers. The level of professionalism and experience they bring really solidifies this program ensuring competitors will be provided a very high quality race car they can compete in for years to come.”