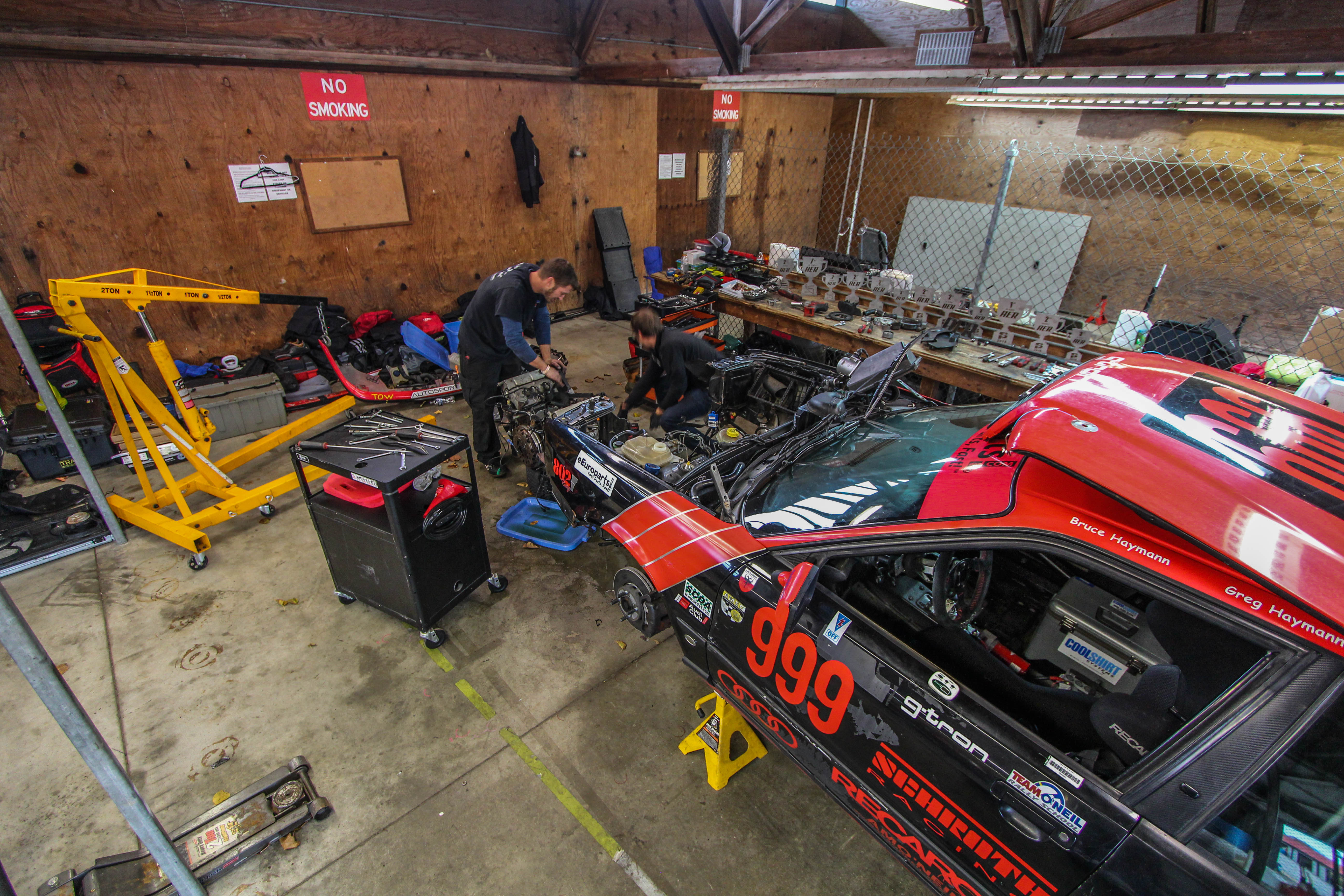 With cars in sixth and eighth place in the season championship standing, we decided to focus on those two cars, and not bring the others. Friday’s practice and qualifying went off without a hitch, and we classed both #999 (Heat Miser) and #90 (Smurf) in the Indy class. This time, there were five classes: Glen, the new “fastest” class, which included two of the season front-runners and Team Sahlen’s two CTC Caymans; Daytona, Sebring, and Indy, as usual; and Enthusiast, for the Jalopnik versus Road and Track competition.

Saturday was supposed to be torrential, but we got sprinkling rain instead. Mid-Ohio is known for being notorious in the wet due to the sealant patches. It was just wet enough to be slick and difficult, but not quite enough for our cars to lead the pack. Two of our drivers who work together at Monticello, Ben and Jason, really wanted to do their stints at the same time, and in the pouring rain. They only got the first wish. About four hours after the green flag, Heat Miser was due for a driver change. It had been having a misfire issue, but we decided to fuel and see if it went away after having been restarted. The car ended up in the garage where the starter seemed to be dead, which warranted a push-start that didn’t work. The conclusion was that the block had seized and it was time to begin a swap. 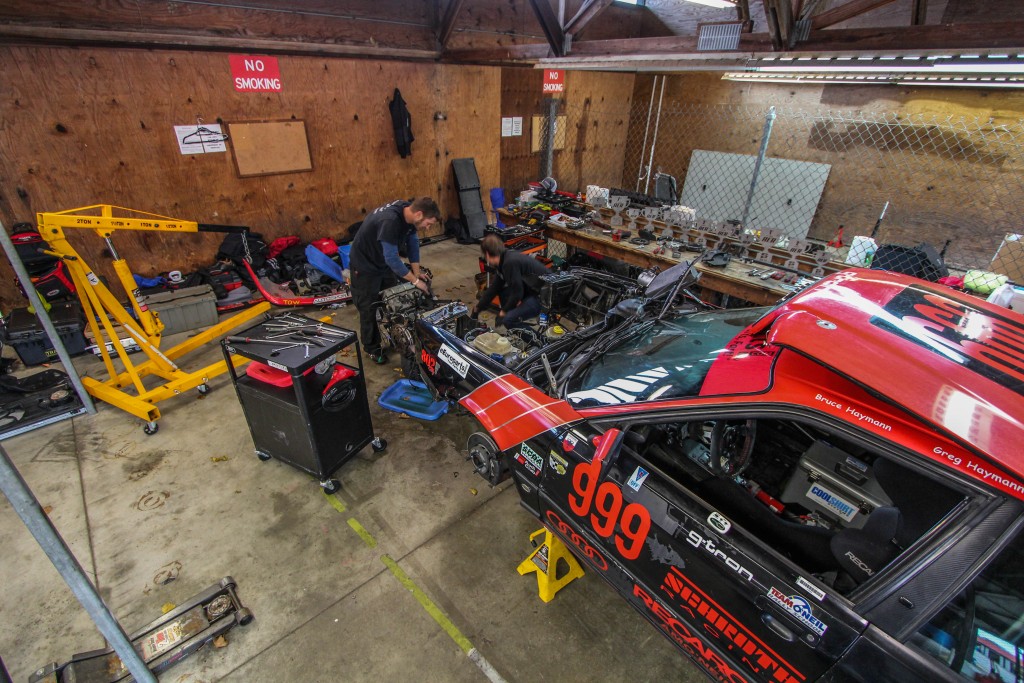 Sunday was a whole other story, with both cars running well all day. Heat Miser’s diff seemed stressed towards the end. Smurf finished first on Saturday and second on Sunday with a first weekend overall while Heat Miser finished third on Sunday, all in Indy class. We also managed to take home second in the season championship with Smurf.