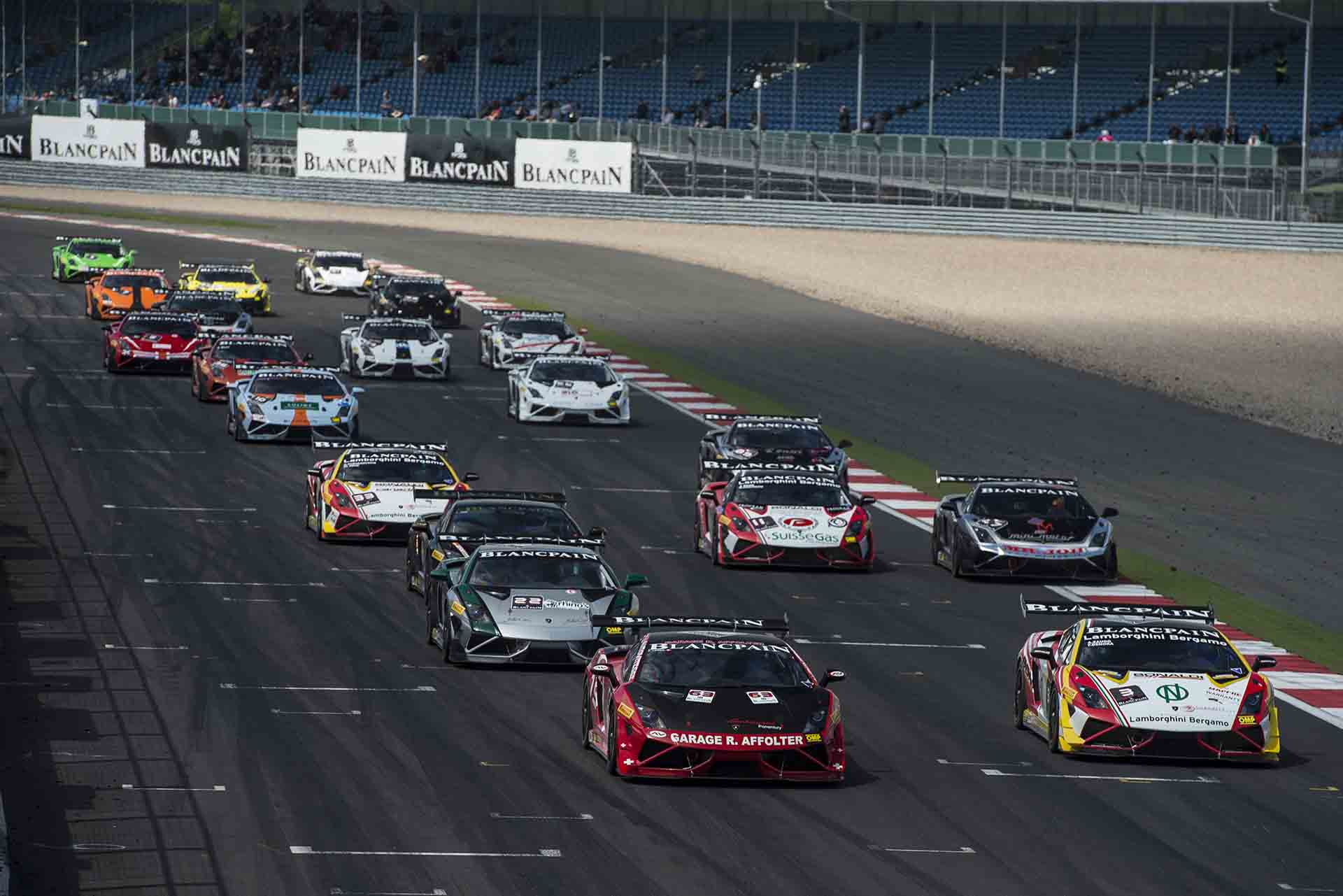 Following a compelling start to the season in Monza, Lamborghini Blancpain Super Trofeo Europe heads towards Silverstone in England on 24/25 May for the series second race weekend this season.

Competing on the International Circuit of Britain’s historic Formula One venue, the one-make series dedicated to the Lamborghini Gallardo LP 570-4 will once again field a 25 car line-up.

‘Firsts’ this weekend include the debut of 22 year-old Italian Giovanni Venturini. The young Italian, with considerable experience in single seaters, is ready to take on the Super Trofeo challenge in a Eurotech Engineering car. He will also participate for the rest of the season in the PRO Class. 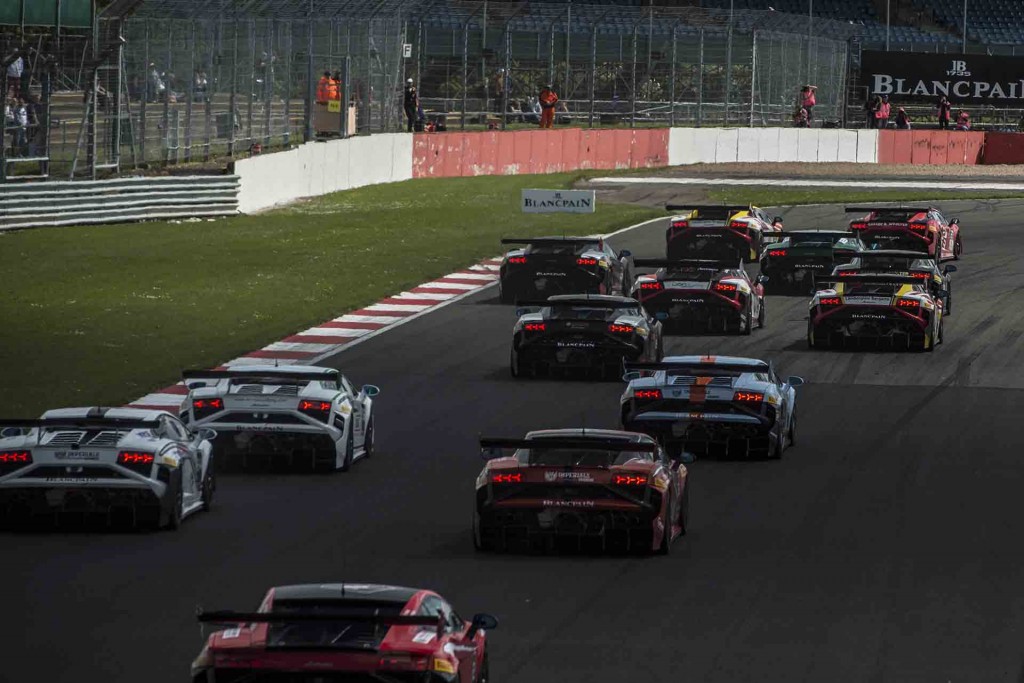 A further debut will be made by the Ecuadorian Sebastian Merchan.  Racing with Bonaldi Motorsport, Merchan (class 1987) will subsequently participate for the rest of the season. He will thus race with the same team that stormed Monza with the  Edoardo Piscopo-Milos Pavlovic duo,  which took second place in Race One and won overall in Race Two. They are leading the PRO Class with a six-point margin over Monza’s Race One winner Andrea Palma (Autocarrozzeria Imperiale).

Third overall in the PRO Class is the 23 year-old Dutch Jeroen Mul  (Automobili Lamborghini Racing Team Germany). In Monza he managed second in Race Two just ahead of the Autovitesse Garage R. Affolter crew of Jonathan Cochet, and the 2013 vice champion Cédric Leimer. Leimer is one to watch out for, as he won one of the two 2013 Silverstone round’s races.

Regularly on track and headed for England is 20 year-old Andrea Amici. Current Lamborghini Blancpain Super Trofeo Europe champion and recently third overall in the opening round of the 2014 Italian GT Championship along with Giacomo Barri, the Italian races with Autocarrozzeria Imperiale together with Roberto Tanca. 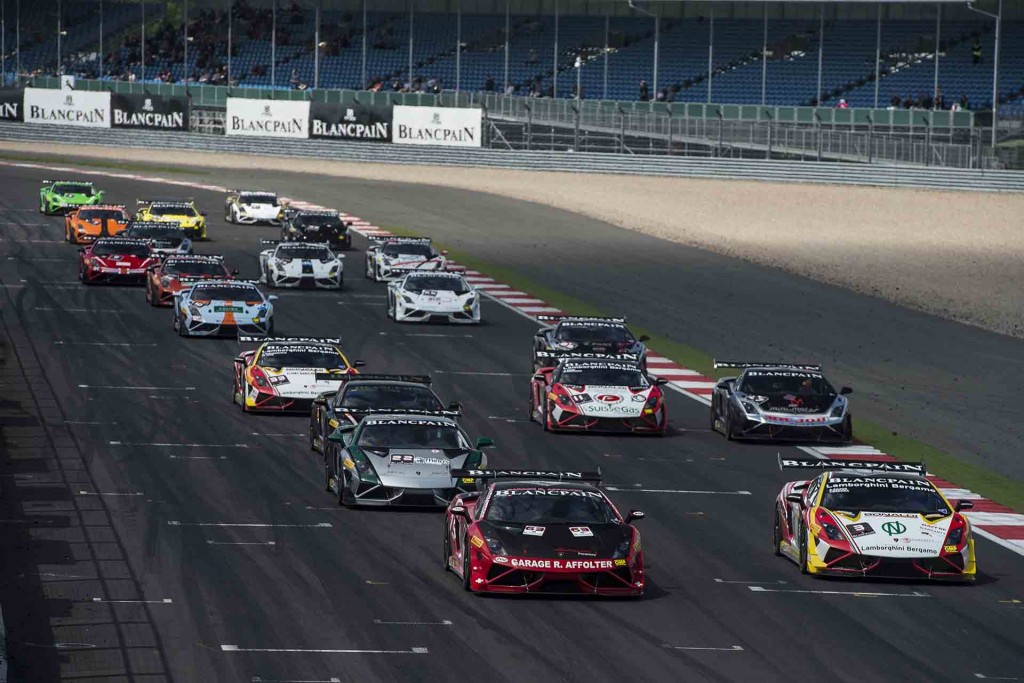 The PRO-AM class leaders are Aristotelis Vavaroussis and Mirko Bortolotti. The latter will not be attending Silverstone due to a clash in his motorsport agenda. He will be back for the remainder of the season however, starting with the Paul Ricard round on the last weekend of June. The spotlight is also on the other two protagonists of this class: Alberto Di Folco (Autocarrozzeria Imperiale) and the more experienced Matteo Zucchi (Composit Motorsport), respectively second and third overall.

Simone Pellegrinelli (DTM Motorsport), also in his first season in the series, is the man to beat in the AM Class after two wins claimed in Monza.  His closest rival is likely to be once more the Russian Shota Abkhazava (Automobili Lamborghini Racing Team Luxemburg), now chasing six points behind.

Among the drivers looking for “revenge” after an unlucky Monza event, are the AM veteran Vincenzo Sauto who shares the wheel of the Team Eurotech car with Flaminio, and the Composit Motorsport PRO class pairing of Cerqui-Ceccato.

On home turf however, there are strong hopes for the driver teams of Automobili Lamborghini Racing Team UK. On their home track they will be aiming high with the Briton Jake Rattenbury in a pair with Jan Van Uystel, and Tim Richards who debuted with success in Monza.

The Silverstone rounds will run to the usual race weekend schedule, starting with two free practice sessions on Friday. Qualifying is set for Saturday 24 May at 11.40 (CET) followed by Race One with the green light at 4.35 pm (CET).   Race Two starts Sunday at 12.45 (CET). Both races will be shown LIVE in Italy on Class TV (Ch.27/Cable), and live streamed on the Lamborghini Squadra Corse website:
http://squadracorse.lamborghini.com/en/live.