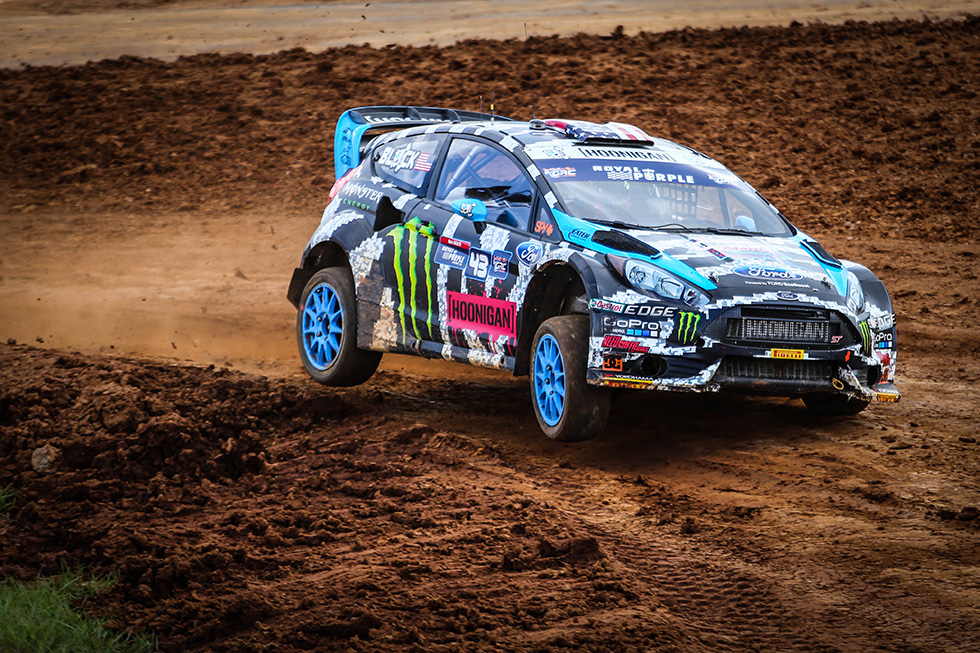 It was clear that Ken Block had one thing on his mind during Round 5 of the Red Bull Global Rallycross (GRC) weekend, winning.  Block was able to put together a perfect weekend including, two heat wins, a semi-final win, and eventually a finals win at the Dirt Track, which is located across the street from Charlotte Motor Speedway.

This marked Block’s first Red Bull GRC Super Car win of the 2014 season, and the Hoonigan Racing Division driver was thrilled to be back on top of the podium. 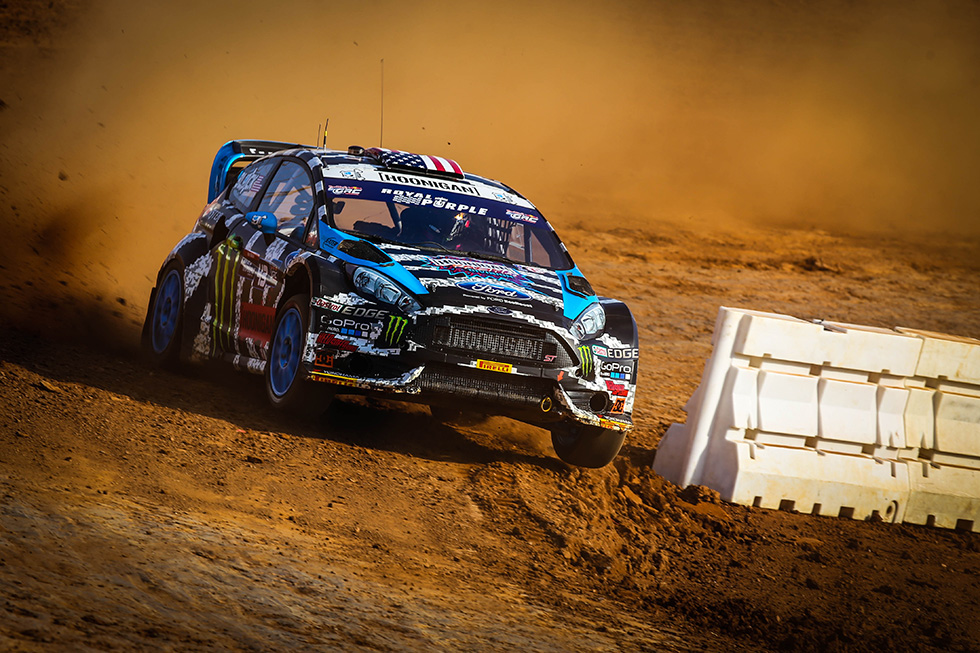 “This was an awesome weekend of rallycross for myself,” said Block. “My team did an amazing job getting my Ford Fiesta ST RX43 ready for racing here on this track and it felt great to be racing on more gravel and dirt instead of mostly tarmac. I’m really at home on surfaces like this and I think it showed with both my results and how quickly we got car setup for this course. I’m absolutely stoked on winning here and it feels great to build on my podium finish last weekend in New York. Hopefully I can continue that trend when we hit Daytona next month and keep scoring points in this championship.” 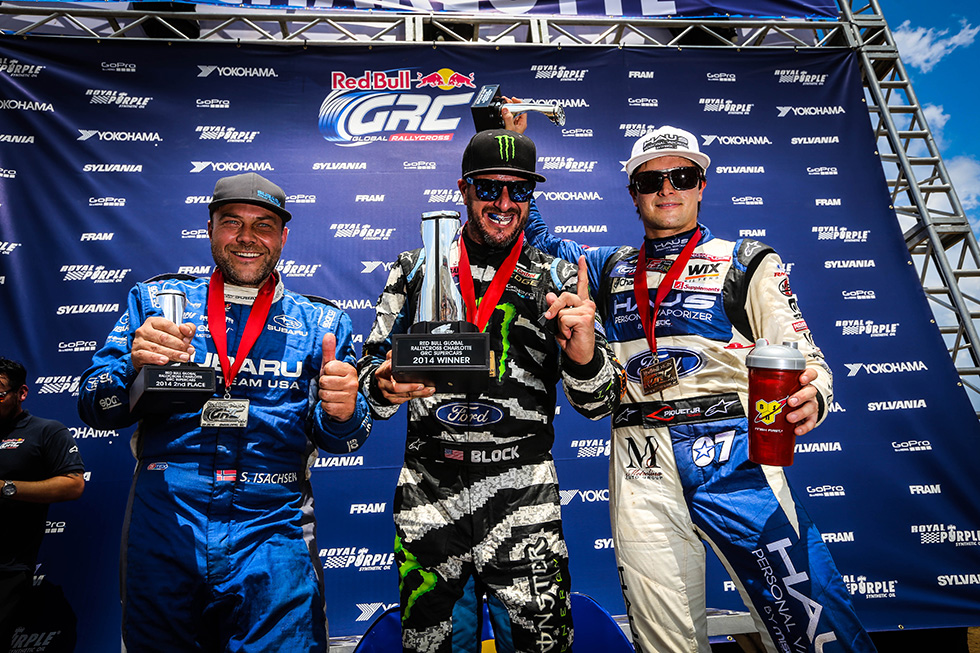 Block’s Ford Racing teammate, Nelson Piquet Jr., was able to secure a spot on the podium as well with a third-place finish.  Piquet Jr., who claimed the points lead last weekend in New York, leaves Charlotte with that advantage intact.

“It was a hard weekend that ended with an amazing result,” said Piquet Jr.  “Having to make the final through the last chance qualifier, then racing from seventh to third place in the final, shows the strength of my Ford Fiesta ST. I’m thankful for the effort put in by my entire SH Rallycross team and very happy to extend my championship points lead.”

The next Global Rallycross Race is August 22-23 in Daytona, Florida at the Daytona International Speedway.