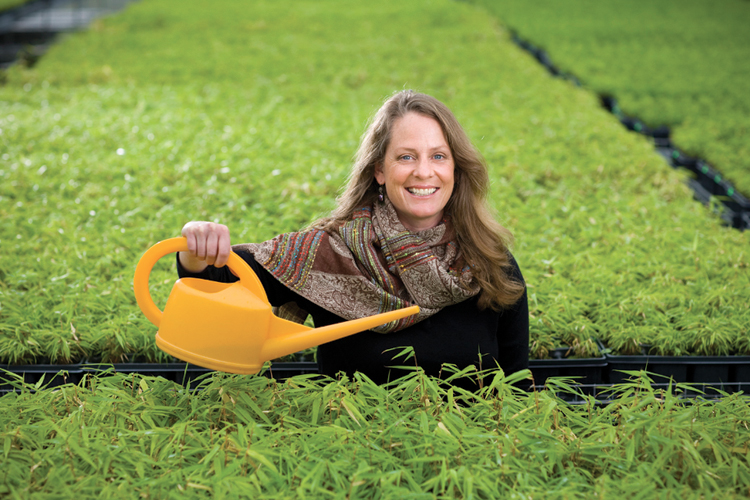 Jackie Heinricher’s path to GRC Lites hasn’t been a conventional one. A scientist by trade for much of her life, the Washington native only found herself driving performance vehicles a few short years ago. But she’s spent those few years making up for lost time, quickly progressing through the ranks of both sports car and open-wheel racing.

GRC Lites will be her next challenge, as she joins Rhys Millen Racing for her first full season of rallycross competition. In an exclusive interview, she reflects on the path to GRC Lites so far, adapting to a completely new form of motorsports, and working with Millen and his team:

First things first: let’s talk about how you’ve gotten here. For the fans at home who don’t know you yet, what’s your background, what drove your initial interest in motorsports, and where have you competed so far?

The short answer is, I had no interest in cars—I never even did a burnout as a kid! I’m a scientist, and I had a vision when I was a little girl—I built a successful company in biotechnology. I drove to my office and back most of my years. But I got tagged to go into a ride and drive kind of thing, and it was interesting. I met great people in the racing world, and they kept encouraging me to do more.

The next thing I know, I’m racing Ferraris! I went to racing school, and then I went into and spent a lot of time learning Formula 3. I’m racing in Formula 3, and in Ferrari Challenge. I just had this really interesting moment in my life, where I no longer had my company, and this became a passion. I poured a lot of my time into learning the craft.

What piqued your interest in GRC Lites, and when and how did you go about putting a program together for this year?

I just thought the series was really fantastic. I identified with some of the people driving, because they’ve crossed over from different parts of their lives in kind of similar ways to my story. I didn’t have any interest in racing it, but I had an interest in getting the car for fun. So I was introduced to Rhys Millen, I arranged to just go have a fun day in the car, and I had no expectations—I just wanted to see what it was like to drive. I had tried drifting before that, so I was kind of on a journey through different types of rides.

The day just went incredibly well. I just went to Rhys and said “wow, I think this is really interesting!” And he was very encouraging. He said “your times were good—I think you’d be competitive. If you have an interest you should really consider racing.” And the next thing I know, I’m working with them to get a car, and I have a car!

You won’t be the first driver to step into a GRC Lites car after having raced in Ferrari Challenge—Harry Cheung did the same thing in 2013. Have you had a chance to pick his brain, or any other road racer’s for that matter, on making the transition?

I just tested with Harry, and I know Harry very well, we’re good friends. I know Mark McKenzie ran it as well. We’ve talked about it pretty extensively. We are used to road racing and high speed, and not necessarily on dirt. But I live in Washington, so I’ve had the opportunity to spend a lot of time up at DirtFish.

It became very clear to me that the car is very different, especially with slicks in the dirt. I think that’s one of the things we talked about the most—the standing starts, the dirt portion of the course. A lot of the Lites drivers have been driving everything with wheels in dirt since they were tiny, and that, to me, is going to be one of the interesting challenges.

I’m comfortable on dirt, I think it’s just about how competitive I am on dirt. I’m not terribly worried about the road driving. Speed is not an issue to me, I’m comfortable going fast. I enjoyed practicing the standing starts. I think you just have to have guts and stick to it. I think it’s going to be a shocker to me the first couple times I race. My first car race in my life was at Daytona, in a Ferrari 458 Challenge car, so that was a shocker. I mean, 197 miles an hour on the banking in your first car race in your life, that’s a lot to take in!

We know you’ve also got a connection with the folks at DirtFish Rally School, coming from the Pacific Northwest. How much time have you spent behind the wheel there, and what sorts of things have you worked on that you don’t deal with in a pavement-only racing series?

I’ve spent a mountain of time up there just for fun—I’ve taken their three-day course multiple times, I’ve done a bunch of private days, just to bring my speed up and really work with the techniques of rally driving, and I’ve done their advanced course. I know they have a new GRC Lites car that they’re going to rent to drivers attempting to practice for competition, and it’s something I’m considering.

I would say that even though all the techniques are there, the speed and the things you use, it’s just a different car, it’s a different animal. The horsepower’s higher, the torque’s higher, you’ve got slick tires. There’s a difference, and you’ve just gotta practice and get to where you’re comfortable going fast in the dirt with that car, I think.

You’re fortunate enough to be working with the folks at Rhys Millen Racing this year. What led you to working with Rhys, and what advantages does working with him and the RMR team offer you?

I just tested, actually, with Rhys, and it was wonderful. It was the first time I had my actual car, and got to get it on the tarmac and dirt, and it was very cool. He’s been incredible. He’s been a thoughtful teacher, and he’s been encouraging me to do this.

I’ve asked him to be blunt about whether or not it should even be a possibility, but it’s official: I will be racing for Rhys Millen Racing this year. His team is spectacular, and they’ll be doing all the setup, carrying my car and me through the races. Rhys is now committed to coaching me this year the whole time, and I’m really honored to be a part of that team right now.

Where are you looking forward to competing the most this season?

Finally, what are your expectations for yourself as a Lites rookie this year? Racing against a handful of drivers who have race experience in the class already, do you expect to do any watching and learning early on, or are you expecting yourself to mix it up in front out of the gate?

I think there’s no rational answer for that—when you’re racing, you’re racing. Me, I want to race as hard as I can. If I see a technical issue or I might not know something, I might have to consider my status. But I’m going out there to go: I’m going racing, and I’m going to give it everything I’ve got!

I might get my blank handed to me a bunch, but you can’t learn it any other way. When I started racing Ferrari, I started out last, and pretty soon I’ve found myself near the front of the field . It’s something that takes seat time, hard work, and dedication to figure out. This, my first year in the series, will prove challenging and rewarding for me.

I’m excited—I certainly don’t know what everybody else’s answers are, but I’m there to race. And who knows what’s going to happen? But I’m always going to have a really great attitude about it, because although it’s pure competition we’re supposed to be enjoying this. We’re the lucky people sitting in those cars. When the lights go out, it’s go time, and it’s just a rush.If I’m not having fun, I probably shouldn’t be there at all.