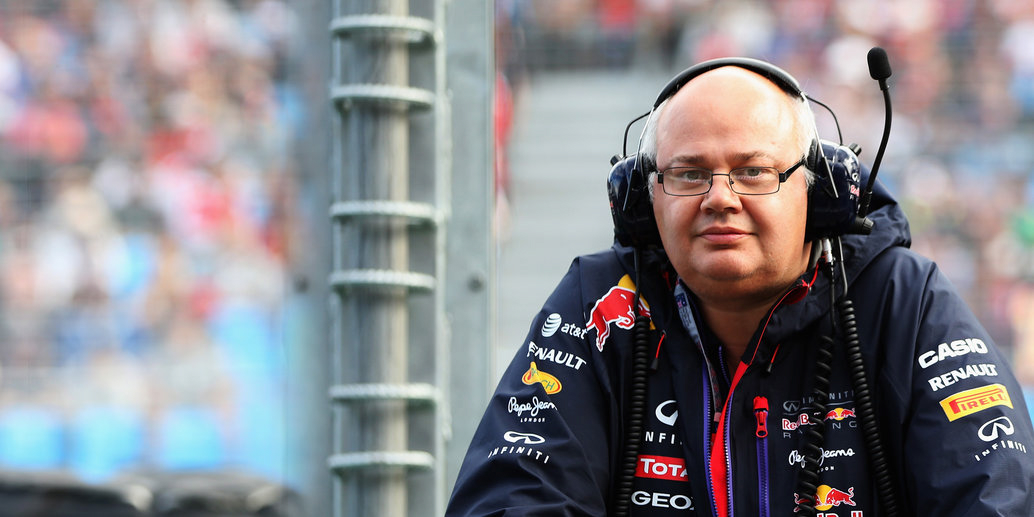 Ahead of the first European race of the season, a lot of focus is on upgrades and what the teams are planning for Barcelona. We spoke to chief designer Rob Marshall about upgrades to the Infiniti Red Bull Racing F1 cars.

Q1: How often do teams upgrade their cars?

Marshall: The cars are upgraded almost every race. Some of the upgrades can be large and some small, such as little tweaks on the front wing, some details of the bodywork or upgrades to the car’s cooling system. The Spanish Grand Prix is probably the first opportunity for teams to bring a big upgrade to the car during the season. The cars have been on the other side of the globe for the first quarter of the year, and teams’ R&D departments will have been busy coming up with large upgrade packages to bolt on the car for the first time in Spain. They will often compromise whole bodywork packages – so the floor, engine cover, front wings and rear wings, potentially new suspension components and various other bits and bobs.

Q2: Are the upgrade times planned at the beginning of the season?

Marshall: There are a couple of races that stand out as being obvious ones for a major upgrade. That’s the first European race for logistics reasons, and also the last European race, as it’s the last opportunity we have to bring performance to the car without having to fly it out around the world.

Q3: We’ve heard Sebastian will get a new chassis for this race?

Marshall: Sebastian will get a new chassis for Barcelona, which was scheduled at the start of the season, and then the next one will be for Dan at some time around Silverstone.

Q4: What does it mean when a driver gets a new chassis?

Marshall: The chassis is the tub that the driver sits in. It’s basically the survival cell that the engine and suspension bolts to – that’s the bit that’s new. All the external bodywork is the same.

Marshall: It shouldn’t be, as the idea is that they are all the same. Drivers don’t always want to change them; they can get attached to a particular chassis, and when they are on a good run they like to hang on to it for as long as possible. From our point of view, we’d rather give them one or two new chassis during the season that we have been able to check out in the factory using various testing methods.

Q6: How often would drivers get a new chassis throughout the year?

Q7: Can you tell me about any specific upgrades that the team has for Barcelona?

Marshall: Not yet! All the teams will have updates, and we can see what they all are in a few days.

About Infiniti
Infiniti Motor Company Ltd. is headquartered in Hong Kong with sales operations in approximately 50 countries. The Infiniti brand was launched in 1989. Its range of premium automobiles is currently built in manufacturing facilities in Japan and the United States. Production in China and Europe will start soon along with the expansion of the brand’s portfolio.

As the Title Partner and Vehicle Performance Partner of Infiniti Red Bull Racing, Infiniti has a far-reaching technical collaboration with the Formula One team, and Sebastian Vettel, its four-time World Champion driver, serves as Infiniti’s Director of Performance.

About Infiniti in Formula One
Infiniti, the premium automotive brand, starts the 2013 season as Title Partner and Vehicle Performance Partner of Infiniti Red Bull Racing. With a deepened technical collaboration across people, process and technologies, an ‘open door’ approach is enabling both sides to access a pool of innovation, new technologies and R&D resources in the shared pursuit of precision and performance.

Since the partnership’s inception in 2011 it has already seen the launch of the Infiniti FX Vettel Edition and product development input from Sebastian Vettel and test driver Sebastien Buemi for the all-new Infiniti Q50 premium sports saloon. Infiniti continues to be the most visible automotive brand in Formula One, and the deepened partnership will ensure closer alignment on an increasing number of future team collaborations.