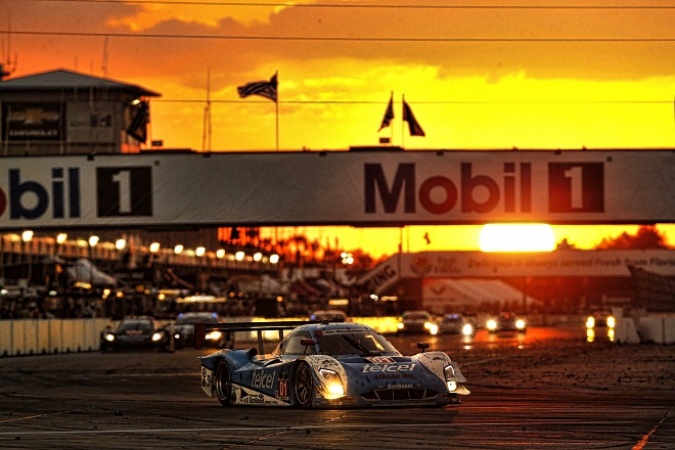 Plans to create a global spec prototype for 2017 continue to take shape, according to Scot Elkins IMSA’s VP, Competition and Technical Regulations. The concept, which is in its formative stages, would provide a single chassis that would accept a variety of engines and possibly body styles that would do away with the separate P2 and DP cars that form the TUDOR United SportsCar Championship’s Prototype class.

“We just started and are just getting everything together,” Elkins told RACER. “Right now, it’s IMSA, the ACO and the FIA putting together our wish list of things we’d like. We have a document we’re working on that we’re hoping to send around and get feedback on. We’re headed toward a car you can run in the TUDOR Championship and turn around and run at Le Mans, the WEC, or wherever else. It’s the same car, but with different sporting regulations. It’s early days, but we’re ready to get some feedback on engines and other things that interest our partners the most.”

Seen as a likely successor to the current P2 regulations, the three sanctioning bodies will have an interesting time creating something new while considering the fleet of new P2 coupes that will arrive by 2015. Ligier’s new coupe is already up and running, as is the new Dome, and ORECA and HPD (pictured, LEFT) havedesigns in motion for next season, making the 2017 car an interesting proposition to consider. Based on Elkins’ description, it sounds like the new chassis could fall somewhere within the existing P2 chassis regulations.

“We know it’s going to be a closed-top car, we know it’s going to be a carbon chassis,” he added. “The way I described what I’m hoping it will be is if we could take a monocoque from a P2 car and drop a Corvette DP type of body on it. Because then we have the manufacturer branding element we like from the DP, and we have the items like the carbon tub we like from the P2 car. We still haven’t gotten to that point of this being the official way forward, but it fits our desire for having a little bit of both types of cars brought together.”

It’s also unclear whether a significant change to the similar P2 and DP engine formulas will be made.

“We’re reaching out to manufacturers on that,” Elkins continued. “The good thing is DP and P2 works from a production-based engine design right now and we want to get input from them to see if they want to go in a different direction or stay with something similar.”

Numerous P1 and P2 constructors are equipped to produce carbon-fiber tubs, while DP manufacturers have been limited to steel tubeframe designs. Based on the current state of discussions, all would be welcome to build cars in 2017, which should safeguard those DP constructors with an interest in joining the new formula.

“The concept right now, from a philosophical standpoint, not necessarily construction, is kind of like what you have with the DTM,” Elkins explained. “It’s creating a design and allowing a bunch of people to build it under an open market kind of model. We haven’t put pen to paper on that yet, but we want to find a way to keep all of the constructors currently involved and keep them involved, even if it’s a carbon chassis.” ​