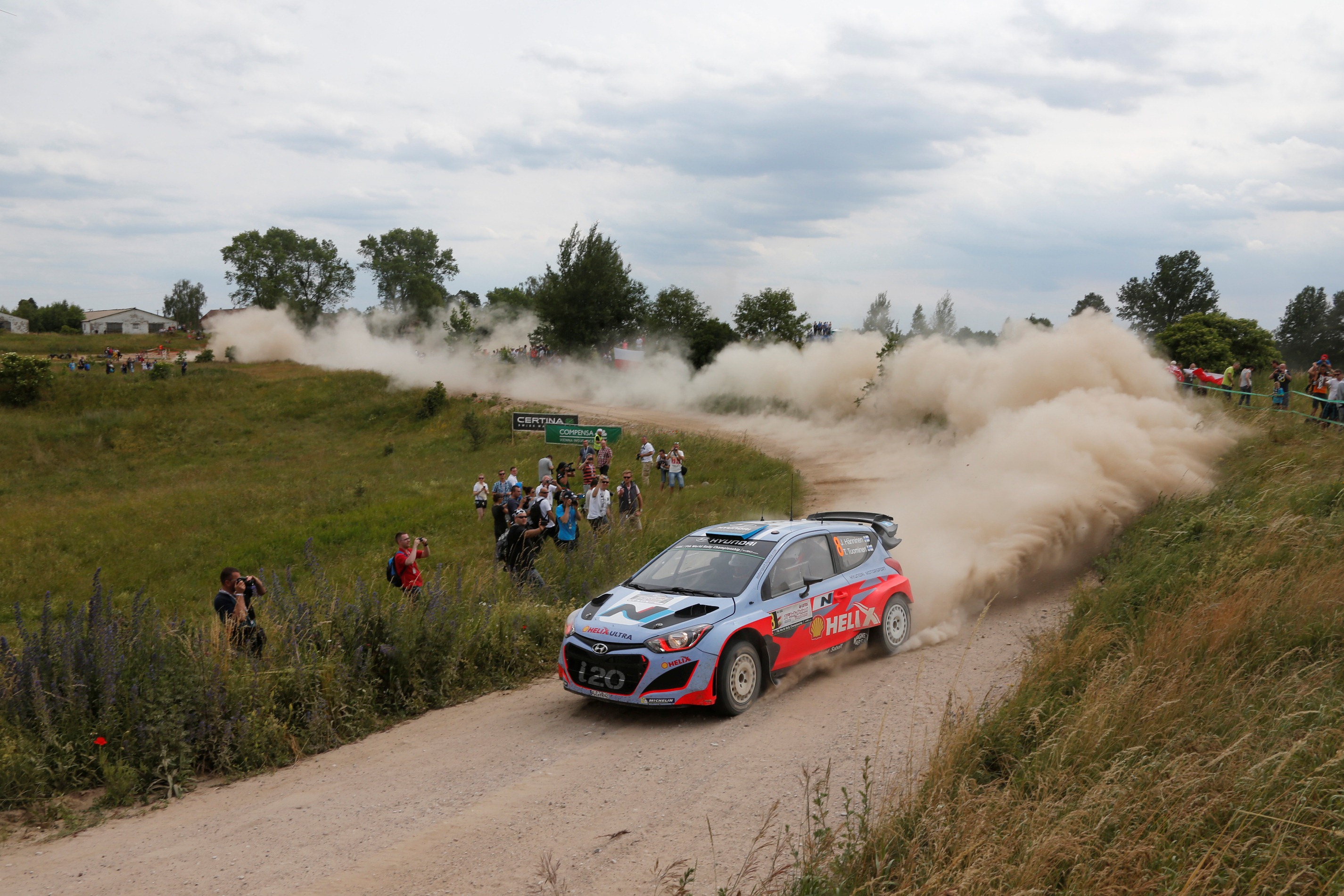 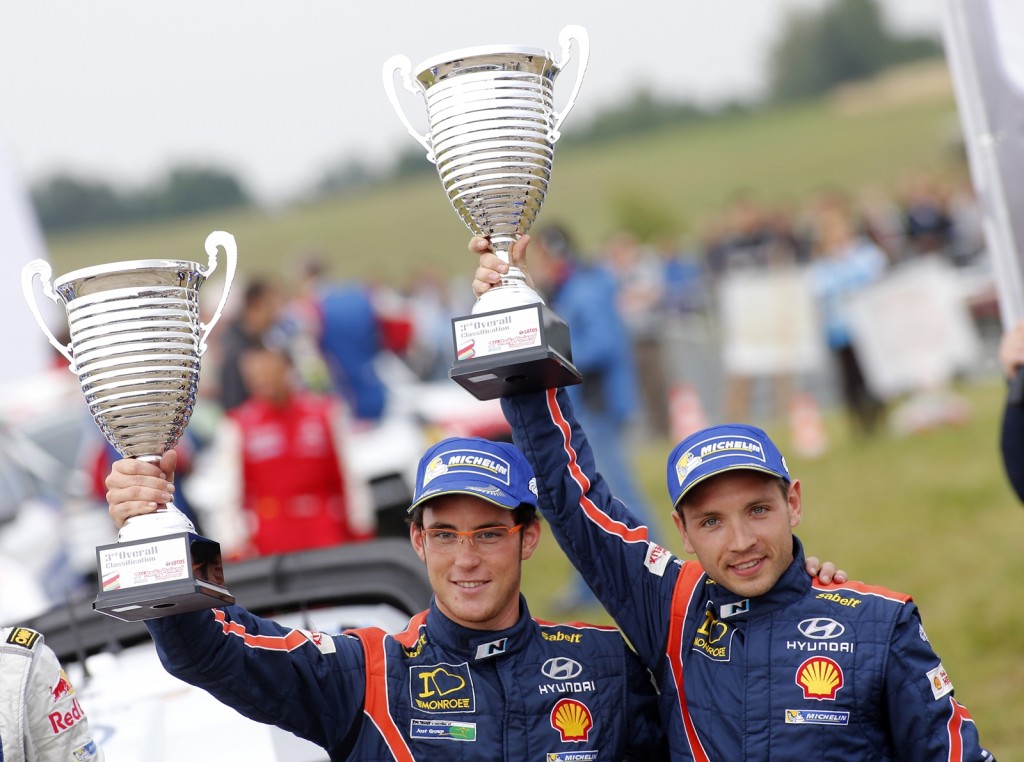 The team has shown competitive pace in this event and has seen all three Hyundai i20 WRC cars and crews demonstrate podium potential as all three drivers registered quick stage times during the weekend. Neuville scored a stage win in the 14.41km Stare Juchy 2 stage on last Saturday, Hänninen topped the times in SS2 (Kruklanki 17.24km) while Paddon, in just his second WRC event as a Hyundai Shell World Rally Team driver, finished 0.7s off a stage win in Friday’s SS4 (Wieliczki 12.89km).

Neuville had a strong Rally Poland, fighting hard showing competitiveness and determination to make his way from tenth up into the podium positions.

Neuville said: “It has been a positive weekend for us and I am pleased with the podium result. To come back from tenth place, where we were at the end of Friday, to third had been great achievement. This rally was hard. You had to find your confidence, and once you have that you can be really fast.  It has been a great job from the entire team this weekend. We have worked really well together to tackle the rally in calm and focused way. It is a very nice result to have all three cars finish a WRC event for the first time.”

Hänninen has also shown some impressive pace in Poland to claim a stage win on the opening day and regularly be among the pace setters, and with the top six finish gives the Finn his best result of the season and much cause for satisfaction. 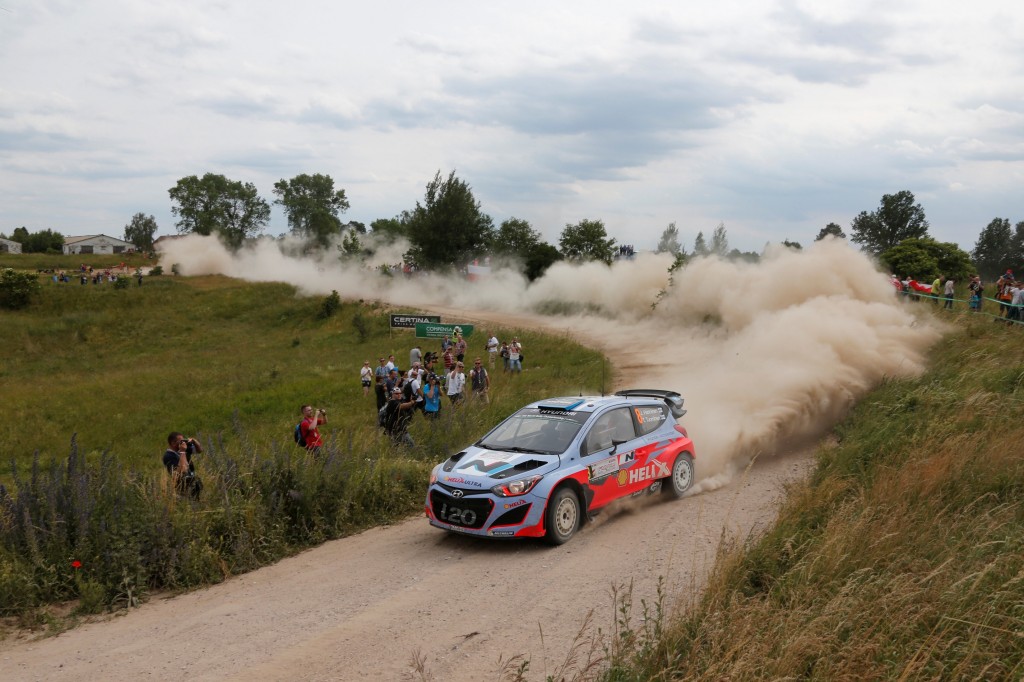 Hanninen said: “I’m quite happy with the rally and it has been a very good weekend for the team overall. I made no mistakes during the four days and we have shown some strong pace at times. I was happy with the set-up and, generally, it has been running perfectly. Yesterday, we had some issues which slowed us down but thankfully Thierry was able to regain the third position for the team. I lost a bit in this morning’s first stage so I took it steady after that to secure sixth place. There are definitely lots of encouraging aspects to take away from this event.”

Paddon registered a second consecutive rally finish in just his second event with the team, and has also claimed his first top eight results in the #20 Hyundai i20 WRC. The Kiwi crew set the second fastest time in SS4 and achieved their objective of gaining confidence in the often tricky conditions.

Paddon said: “All in all it was a good rally, one of progression, learning and enjoyment. I am pleased to finish in eighth place and to have contributed to the team’s first three car finish. Everyone has done a great job and personally I am pleased with the progress that John and I have made since Sardegna. Some of the stages here were definitely more suited to my style, and I think we showed what we are capable of when we have the confidence to push. There are still some areas I need to work on but for our second event with the team, we can be pleased. We now need to make another step forward for Finland.”

Team Principal Michel Nandan: “We can be very proud of our achievements in this rally. We set the objective of a three car finish and to challenge for some competitive stage times, and we have managed this well. All three driver crews have performed strongly, had good pace and shown the potential of the Hyundai i20 WRC when everything comes together. We have taken two stage wins in Poland and scored our second podium result – all in only our seventh WRC event. Considering the comparative infancy of our team, this is very encouraging. I would like to thank everyone in the team, both at the rally and back at Alzenau, for contributing. We have learned a lot from this rally, in some difficult and changeable conditions, and we look forward to Finland where we will have some updates on the Hyundai i20 WRC which we hope will mark another step forward for our young team.”