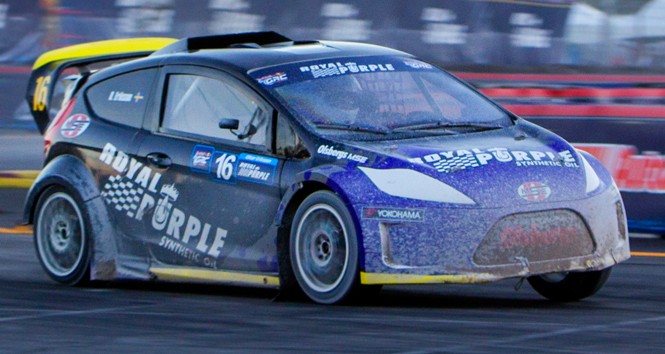 2014 Results: The younger Eriksson brother landed a three-race GRC Lites program last year, impressing with a fourth place finish in New York and backing it up with a podium in Charlotte just six days later. Only his last race in Las Vegas saw him out of podium contention.

What’s New in 2015: Eriksson replaces older brother Kevin in a full-time seat at Olsbergs MSE. His new teammate will be Austin Cindric, formerly of C4 Motorsports.

Strengths: When you’re an Eriksson, you’re expected to produce great results—but those expectations aren’t unwarranted. Andreas has won every Red Bull GRC Supercar title as an owner, Kevin took two wins and second place in last year’s Lites standings, and Sebastian (no relation) was the 2013 Lites runner up. Oliver has all of these people on his side to help him get the most out of his car, and some impressive natural talent to boot.

What To Watch For: Will the two OMSE teammates have any run-ins while fighting one another for the championship? If last year is any indication, Eriksson and Cindric will be the two championship favorites in 2015. It’ll be important for them to race one another cleanly and stay out of trouble, or the field may have a chance to keep it tight.

Outlook: If last year’s limited program is any indication, Eriksson is going develop into a multiple-race winner and championship threat this year. It seems like a sure bet that he’ll finish within the top three in points, and a reasonable bet that he’ll be at the top of the pile.