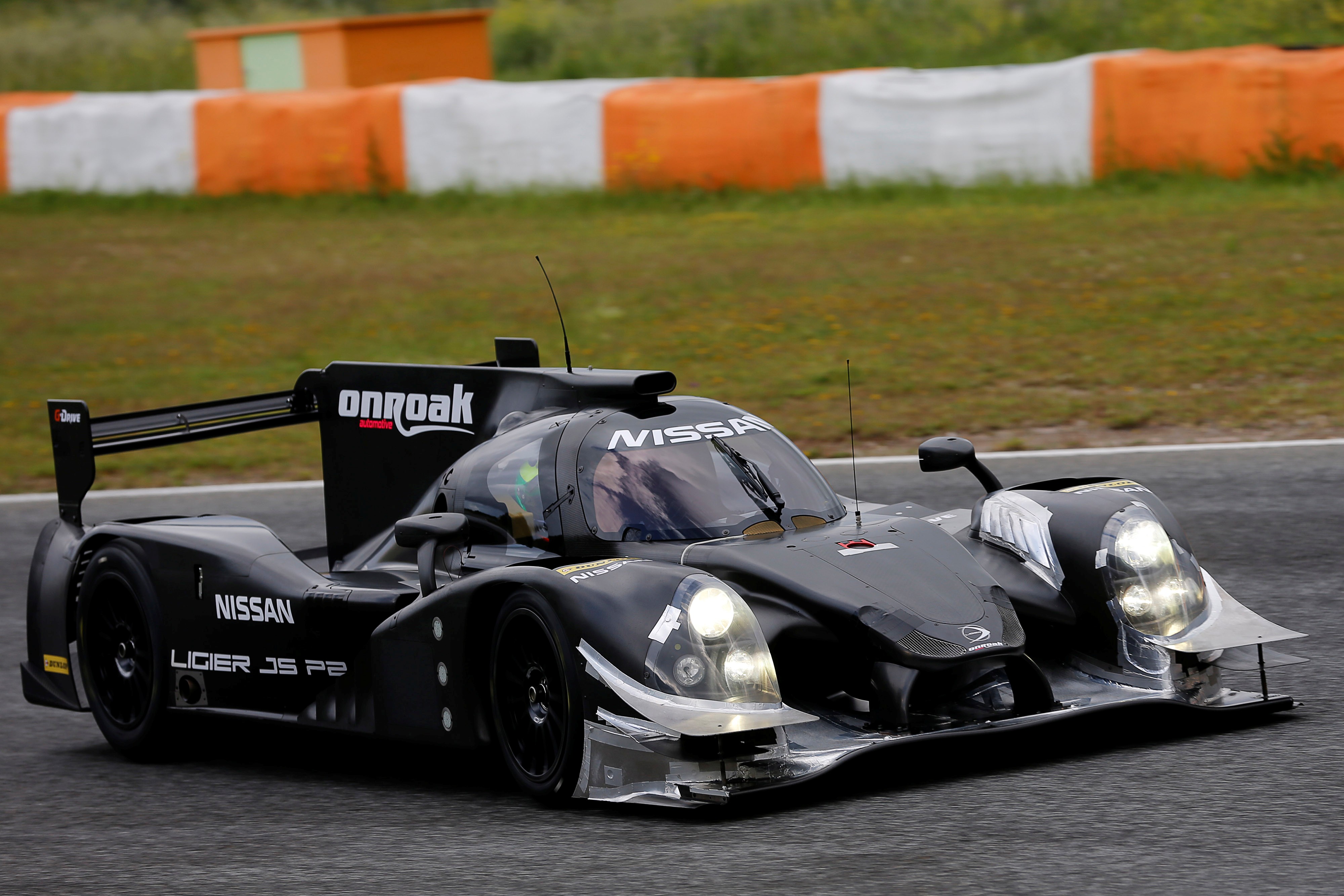 In 2011 Nissan showed the world that it is possible to take a gamer, put him through a driver development program, unleash him at Le Mans and see him stand on the podium after 24 hours of grueling racing. The story of Lucas Ordonez’s journey from virtual to reality goes on, but there is now a new intake of gamers snapping at his heels to take on the biggest race of them all.

In 2014 Nissan will field four gamers at the Le Mans 24 Hours: two in the ultra-competitive LM P2 class and two in the Nissan ZEOD RC, Nissan’s revolutionary electric racer that occupies “Garage 56” at this year’s event.

Lining up in the No.35 Ligier JS P2 Nissan, which is run by Onroak Automotive, are two GT Academy winners and Nissan regular Alex Brundle.

Jann Mardenborough made his Le Mans debut last year and immediately set the tone by out-qualifying his teammates. Now racing in the GP3 Series, Jann is keen to get back to the track where it all began for him.

“Le Mans will always be special to me,” said Mardenborough. “I was taken there as a GT Academy finalist in 2011 when Lucas made his debut and then I returned as a racing driver in 2013. Most of my racing is in single-seaters these days, and that is teaching me a lot about the craft of being a racing driver.  We finished fourth on the road last year but were promoted to the podium after the event. It would be good to go back to Le Mans and leave with a trophy in my hands this time.”

Making his Le Mans debut is the winner of GT Academy Russia 2012, Mark Shulzhitsky. “Shoots” first tried his hand at LM P2 in the Shanghai round of the FIA World Endurance Championship last year and since then has been working with Onroak Automotive in the development of the Ligier JS P2.

“I am very much enjoying my role as a test driver for the Ligier JS P2,” said Shulzhitskiy. “Working with the engineers at Onroak Automotive and alongside Olivier Pla has been an incredible experience for me. Now it is going to get even better as it is finally my turn to race at Le Mans. This is what the winners of GT Academy dream about, so I hope I can live up to the performance of the winners who have gone before me.”

Alex Brundle has raced for Nissan many times but perhaps the most memorable occasion was in 2012 when he joined his father Martin and Lucas Ordonez in the Greaves Zytek-Nissan at Le Mans. This year Alex will compete with two GT Academy winners.

“I’m delighted Oak will be welcoming Jann and Mark to the team for our Le Mans challenge this year,” said Brundle. “Both are exceptional talents with prototype experience, so a big thanks to Nissan for making them available to us for the 24. It is a pleasure to again represent Nissan in top class competition on what is a big day for Onroak Automotive, Ligier, Nissan and all of the drivers.” 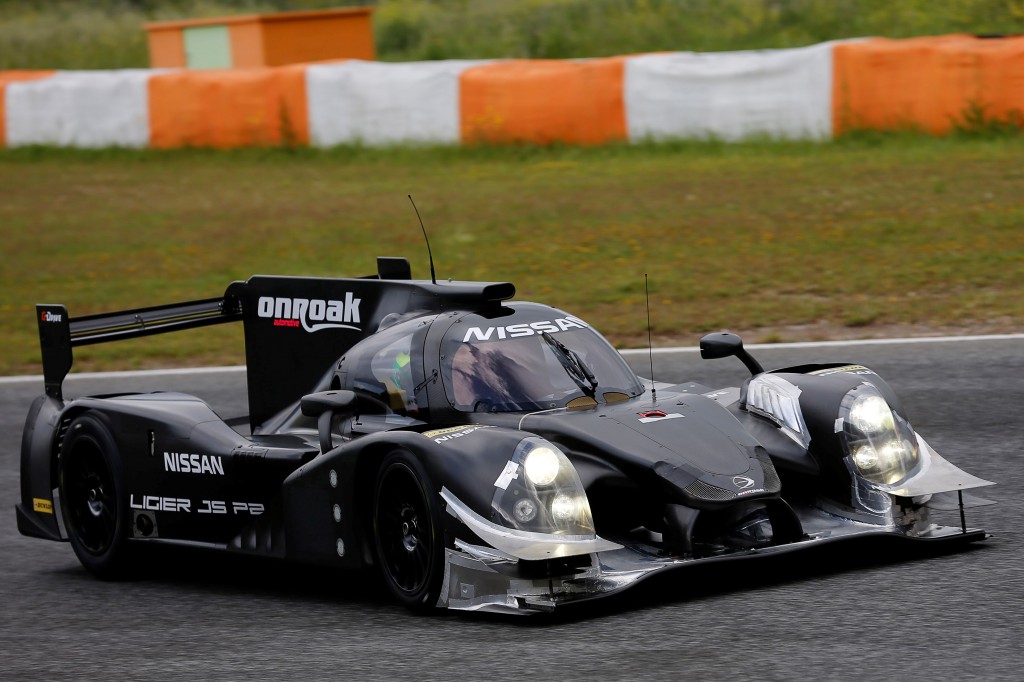 Ordonez and Motoyama are racing in the Super GT Championship in Japan this year, while “Wolfie” has been on ZEOD RC testing duties. More news on the development progress of Nissan ZEOD RC will be revealed next week.

In recent years, Nissan’s GT Academy program has achieved many successes and the running of four gamers at Le Mans underlines the quality of the unique driver search and development program. Another very successful project for the company has been the LM P2 engine. The NISMO-tuned Nissan VK45DE has been the engine of choice for the majority of the P2 team for numerous years and now, in 2014, the Nissan engine will power 14 of the 18 LM P2 cars at Le Mans.

“What started as a one-off project six years ago has become a real route into a top-flight motorsport career for these drivers,” said Darren Cox, Global Head of Brand, Marketing & Sales, NISMO. “GT Academy continues to grow and, as we spread the net wider into countries such as India, Australia, Mexico and Thailand, we are continuing to unearth real racing talent that would otherwise have stayed in the virtual world. Lucas, Wolfie, Jann and Mark are racing all over the world now, in series such as Super GT and GP3, so it is good to get them all back together to compete for Nissan at Le Mans.”

About Nissan in Europe
Nissan has one of the most comprehensive European presences of any overseas manufacturer, employing more than 14,500 staff across locally based design, research & development, manufacturing, logistics and sales & marketing operations. Last year Nissan plants in the UK, Spain and Russia produced more than 635,000 vehicles including mini-MPVs, award-winning crossovers, SUVs, commercial vehicles and the Nissan LEAF, the worlds most popular Electric Vehicle with 97% performance satisfaction and 95% of customers willing to recommend the car to friends. Nissan now offers 24 diverse and innovative products for sale in Europe today, and is positioned to become the number one Asian brand in Europe.