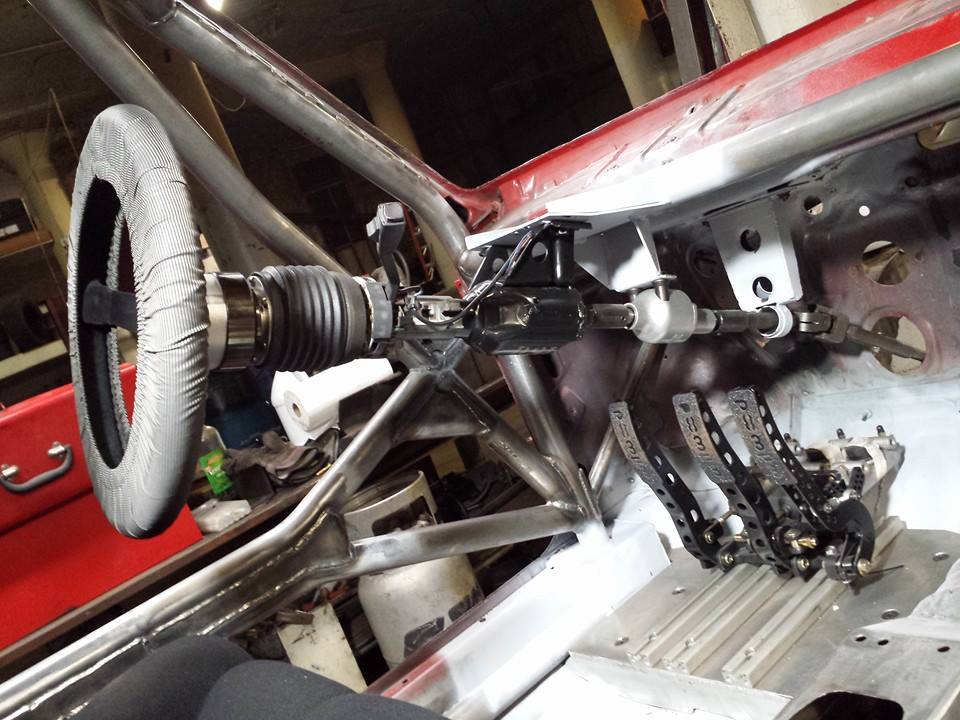 Build Race Party’s Ron Erickson has been involved in rally since 2007 when he purchased a 1986 Honda Civic with a goal of turning it into a rally car. Since that time, Ron has competed as a co-driver in numerous Rally America events in addition to WRC Mexico and the historic Pikes Peak Hill Climb with Mr. Build Race Party, Bill Caswell. Ron has taken the time while working on this current build to document everything, here is Phase 5 of his story:

Now that the cage is finished, it’s time to bend over and spend some cash on fancy race car parts! Started with the pedal box. I decided it would be much easier for the pedals to move instead of the seat, so I opted for some 1575 series 80/20 with M8 t-slot nuts. Here’s some initial photos. Still quite a bit to do. 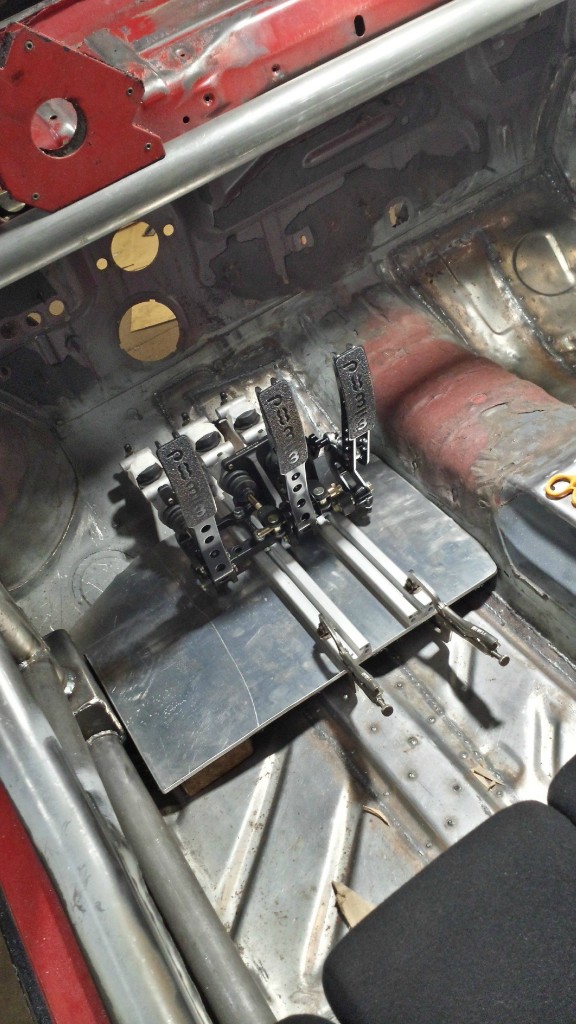 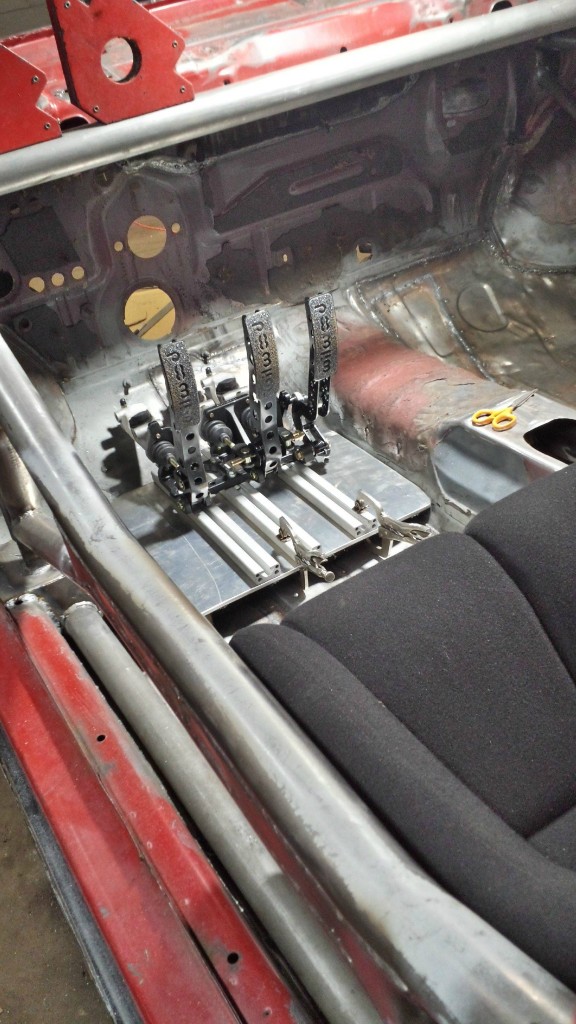 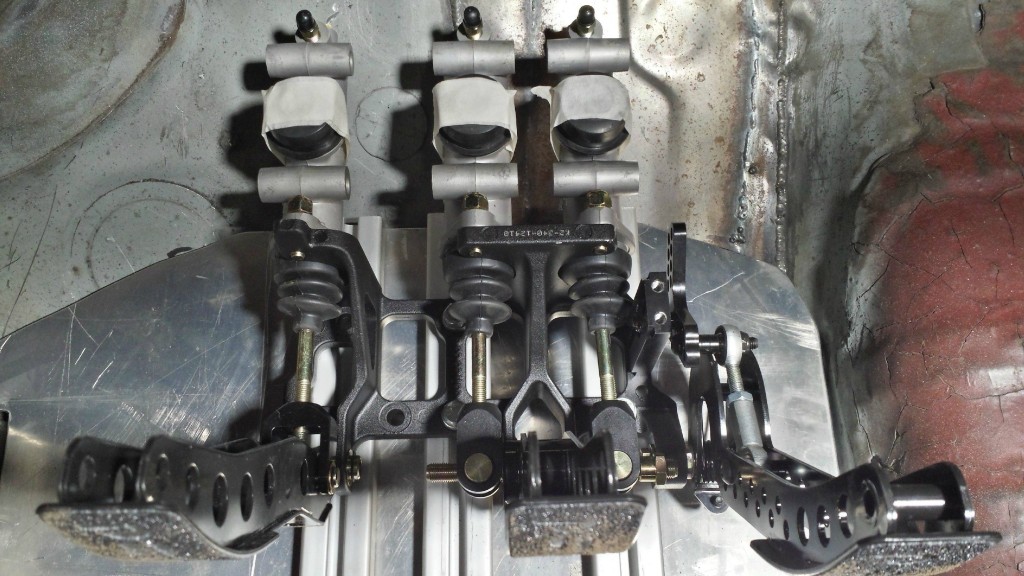 Getting driver controls all situated! Steering column assembled and mocked up in the car. will template the mounts next. Hanging it from the roof V and dash bar seemed to be the easiest way to get a feel for position. 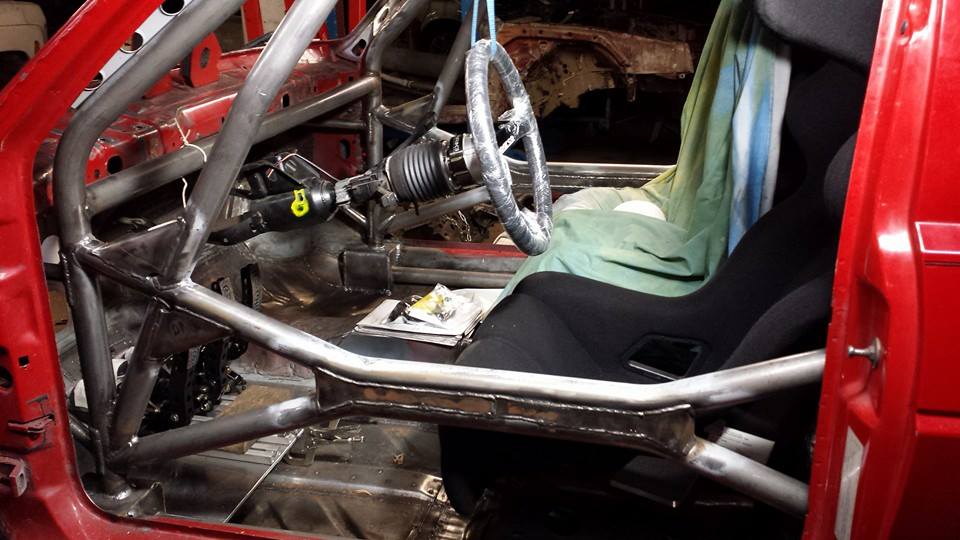 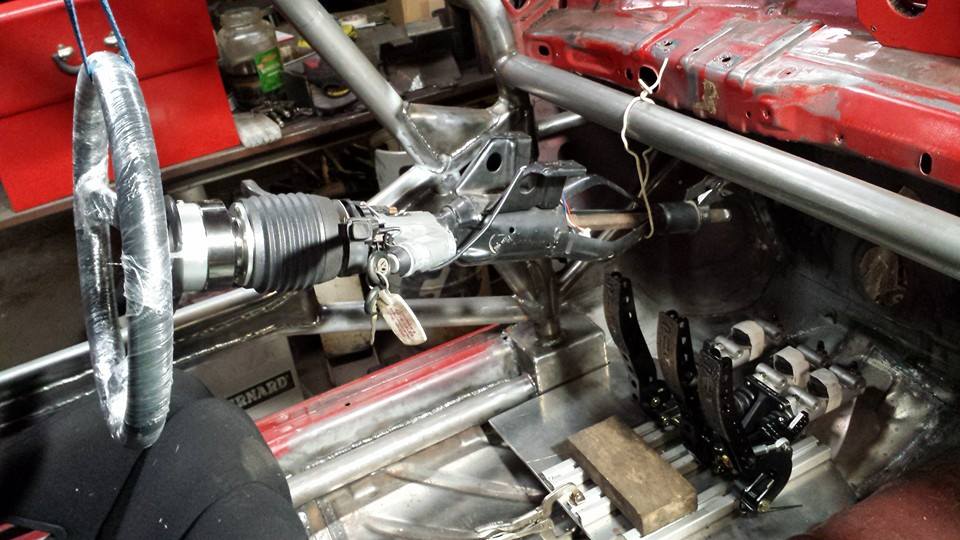 Getting to that part of the build where important permanent things are happening. Mounted the steering column. Still have to fab up the rear mount for the 1.5:1 steering quickener. 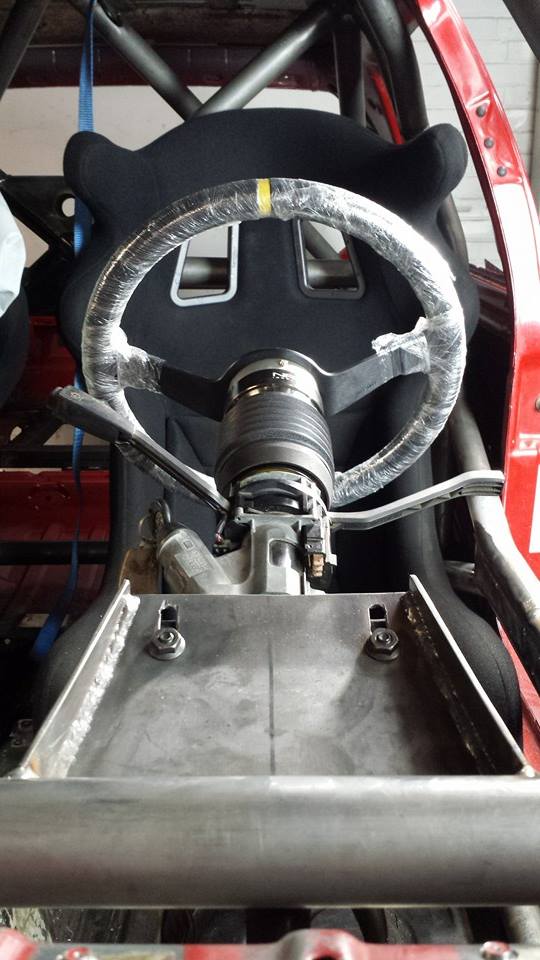 Also got the pedestal for the pedals fabbed up. Need to true it up in the car, weld the little standoffs/subframe I made for it to the floor, and also make a little heel-rest. Getting there… 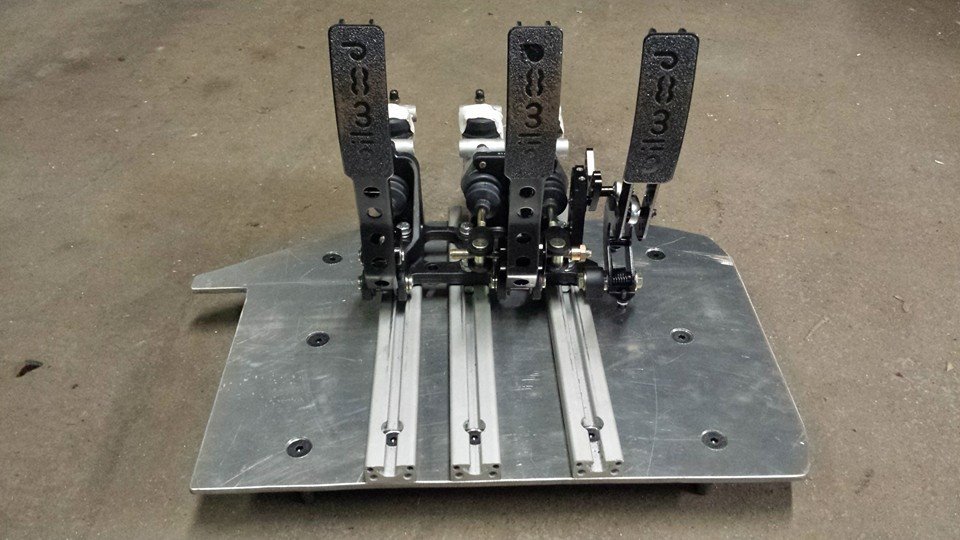 Special shout-out to metric countersink bits from McMaster Carr. They make me look like I know what I’m doing! 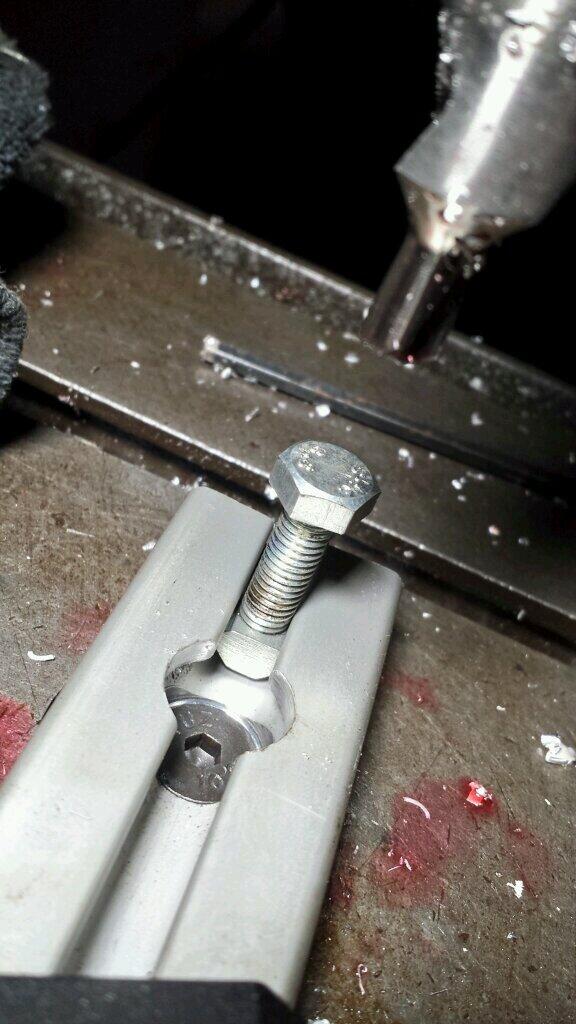 It may not look like much but I got the subframe for the pedalbox all welded in. This involved a ton of grinding on each of the six pegs to make sure the platform was level/true to the car. Lots of bolting/unbolting of the plate, marking, tacking, etc… 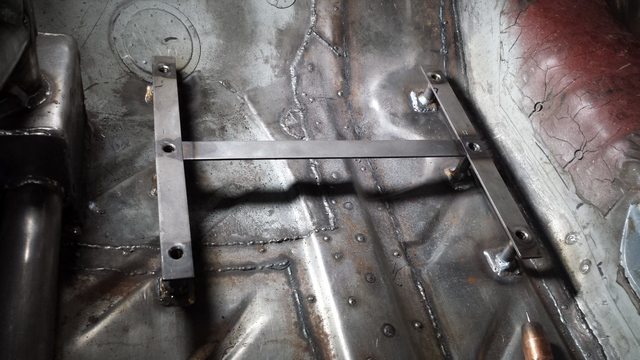 I had an 02J shift box sitting nearby and couldn’t help but mock it up, sit in the car, and make race car noises like any other f̶i̶v̶e̶ ̶y̶e̶a̶r̶ ̶o̶l̶d̶ totally normal person would do. 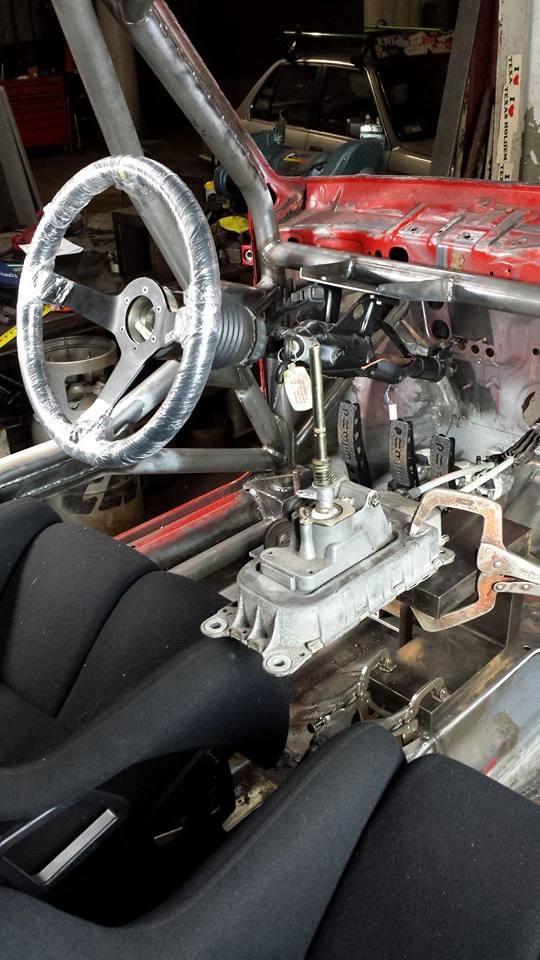 Put a plate on the front of the pedal platform to keep stuff from rolling underneath: 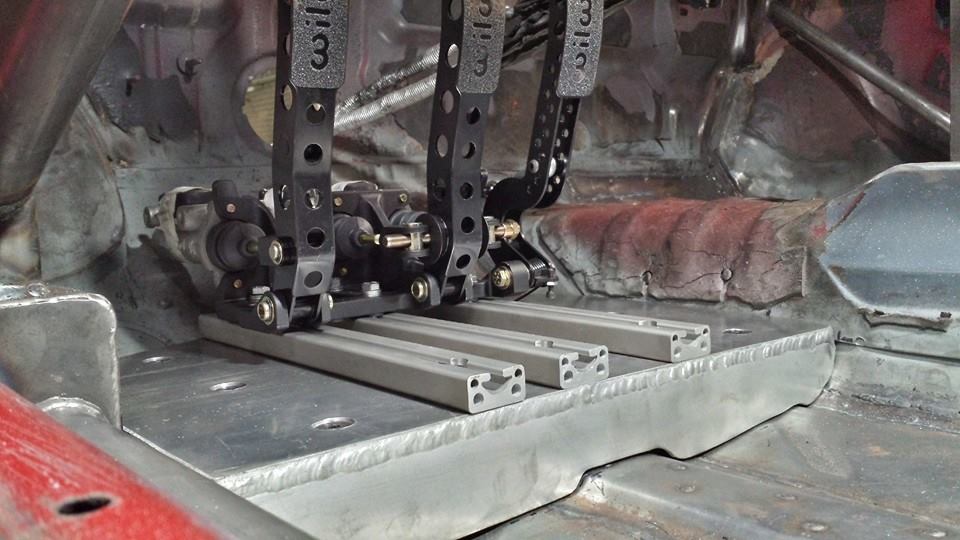 Also talked my Mom into making a wheel cover to protect the suede on the Sparco. Only going to use this when the car is in the shop and my hands are greasy of course: 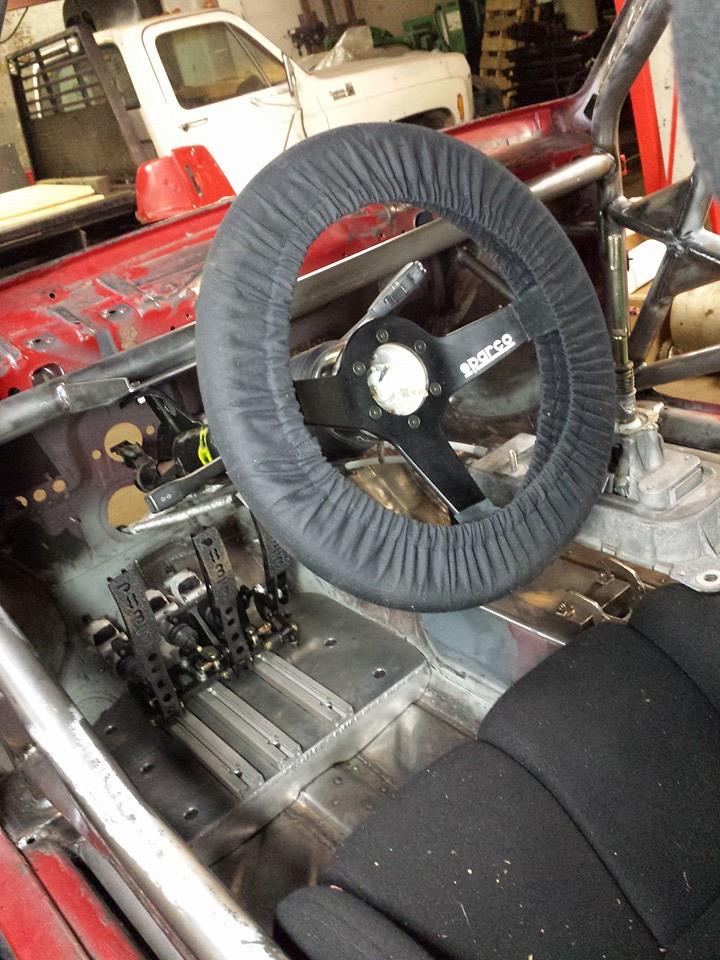 Steering is coming together! Still need a bit ‘o gusseting between the dash bar and the steering quickener mount, as well as a needle bearing in the back just before the u-joint. Otherwise not too shabby. 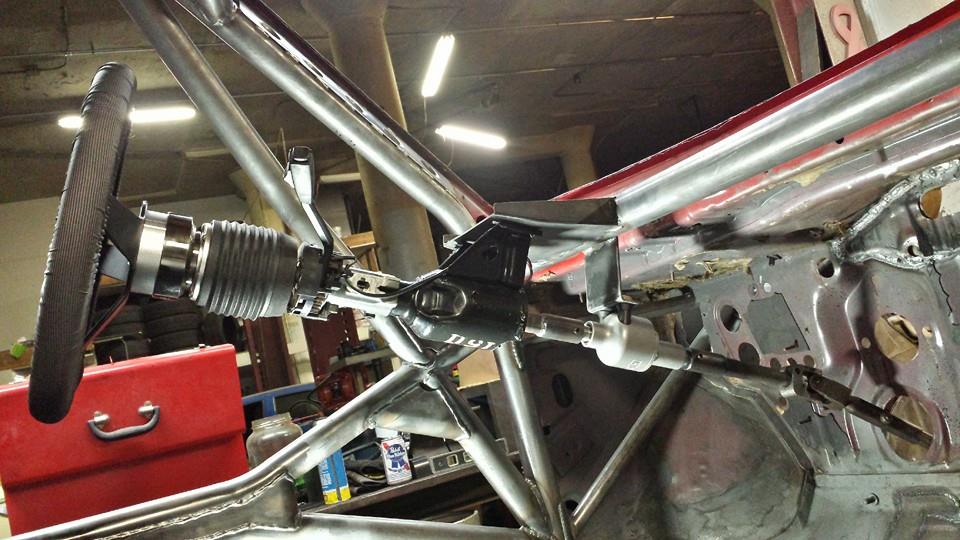 TIG’d the couplers onto the original shaft, I trued them in the lathe (hammer and a dial indicator) after tacking and welding. I think they’re more true than stock now. 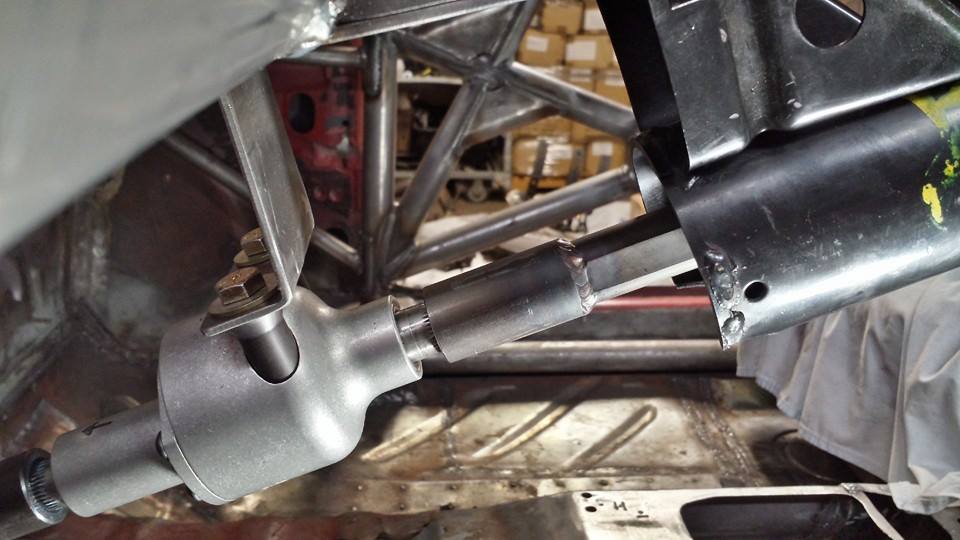 Fabricated a rear bearing support for the steering column, I just cut the stock one off and bent the tabs out flat, then boxed/dimpled up a support out of some scrap 18ga I had laying around (mounting tab is thicker) and TIGed it all together. Still getting used to the TIG! It’s fun. Still need weld nuts under the OEM dash box thing before I call it done. 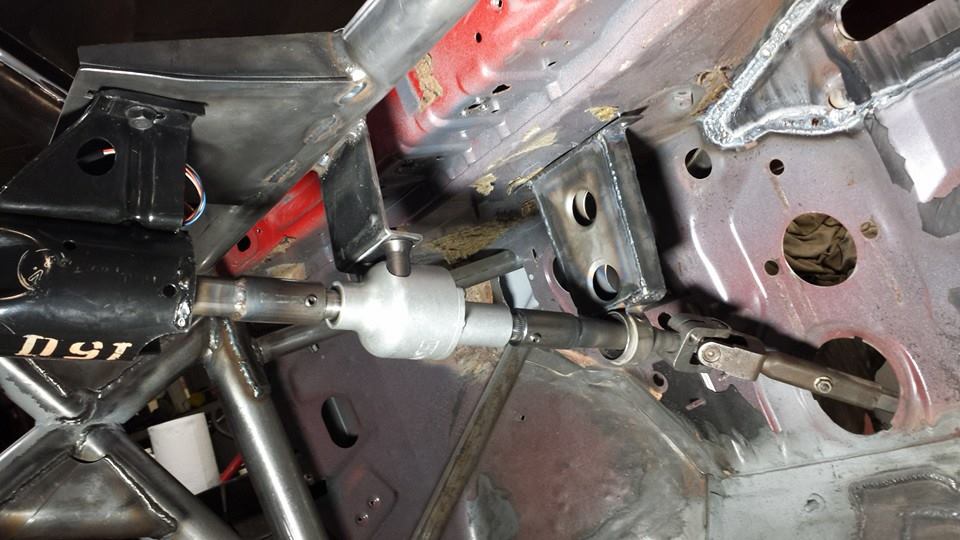 A final pic of the steering column after gussets were added:

Used a friend’s microphone stand to start mocking up the shift box. Running a lightened 02J box for now. Will add some gussets as needed and make a nice little steel tube stand for it that doesn’t intrude on the Driver’s seat bolster. Had it really high in these photos, will drop it down a bit most likely. 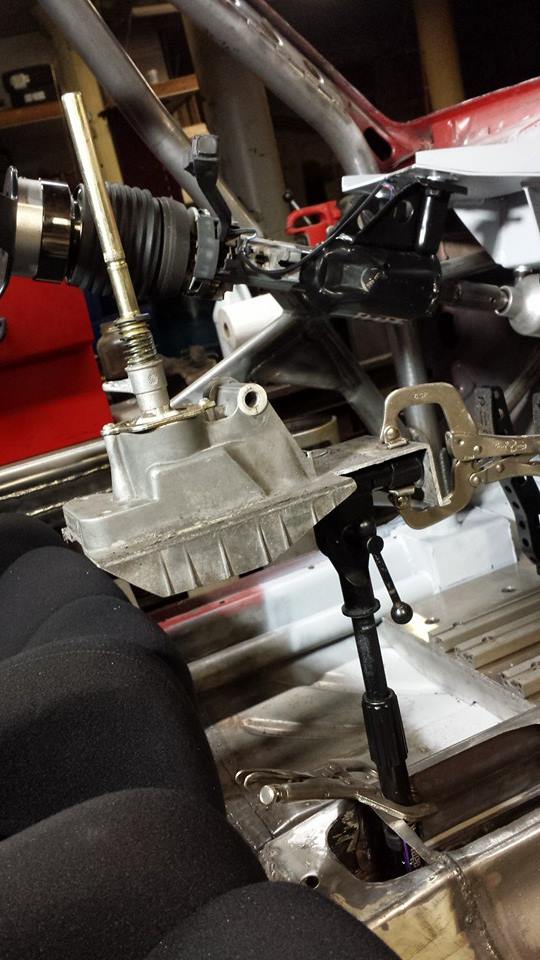 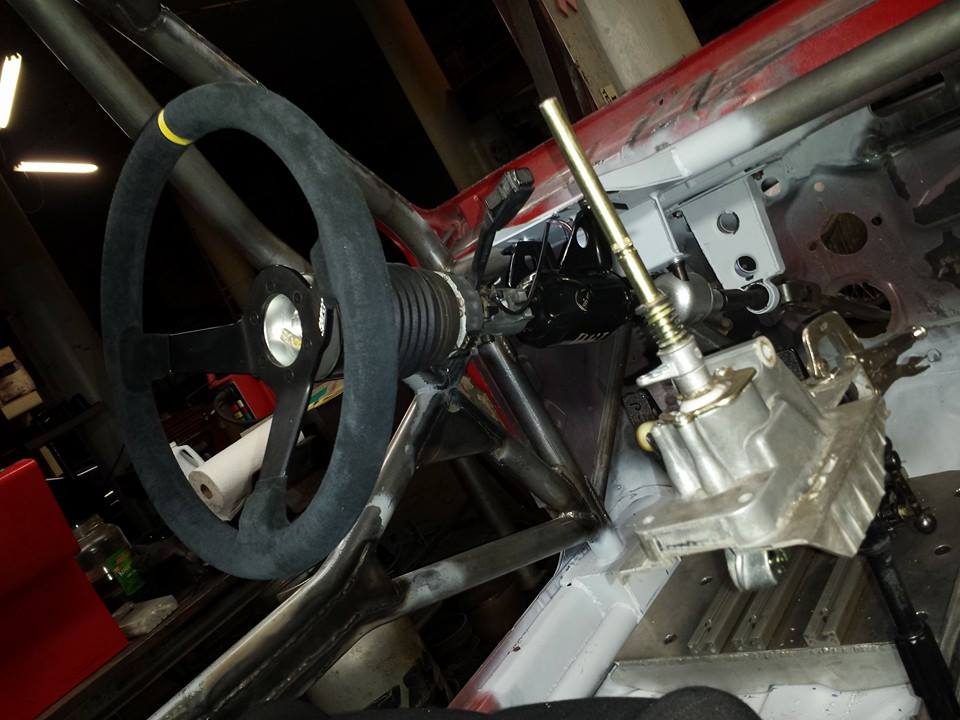